How to snap 3 circle together in inkscape?

I'm trying to make 3 circles of different sizes snapped together, but looks like Inskscape does not offer an easy way to do that.

Here is an image to explain the idea about I want to do: 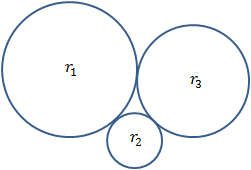 That needs some geometry shuffling in the same sense as ancient mathematicians did. Instead of using a pen, ruler and circle drawing compass you should rely on snapping in Inkscape.

If you have all point snaps and snap to guides = ON (but no snap to grid nor to bounding boxes!!!) you can make given circles tangential. Let's have three circles A, B and C with radiuses Ra, Rb and Rc. Let's assume B stays where it is but A and C must be moved so that all three are tangential. 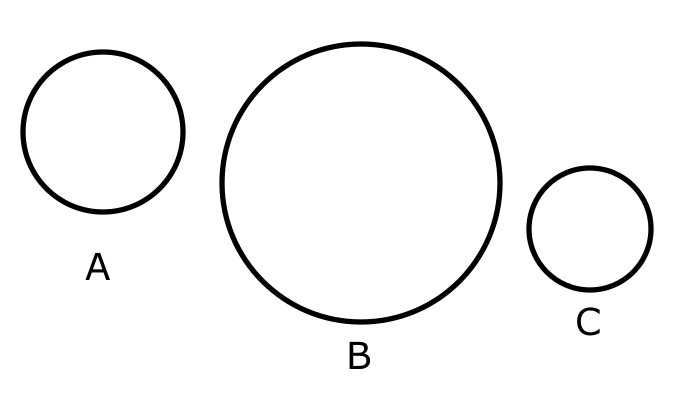 A special case is easy. If we move A so that points at 3 and 9 o'clock approximately meet there's automatic Quadrant point to Quadrant point snap which places A exactly (=with full Inkscape's internal accuracy) 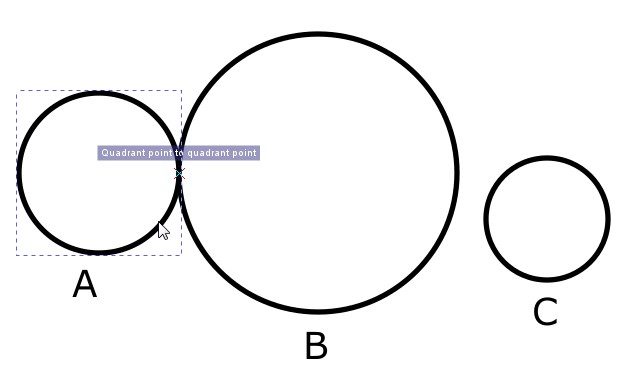 That's no limitation because if needed we can easily rotate A around the center of B - only move the pivot point at first to the center of B. It snaps if you have remembered to turn the center point snap and rotation center snap ON.

The right place for C is at the crossing of the red and blue circles in the next image: 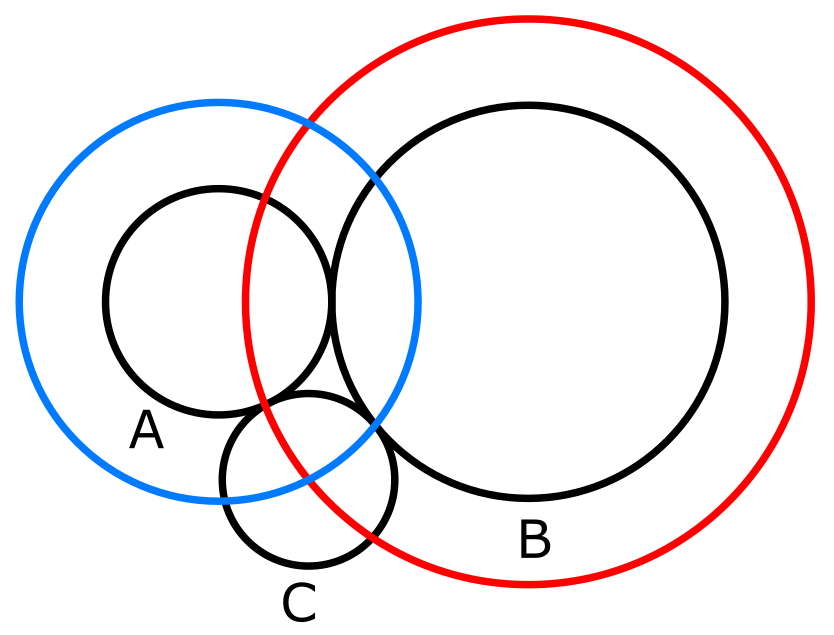 The red circle has radius = Rc+Rb and the radius of the blue circle is = Rc+Ra.

I guess numerical radius calculation+input is NOT wanted. Inkscape doesn't have CAD program style circle drawing, you need some trickery. You can place C and its copy tangentially to quadrant points of B at 12 and 3 o'clock: 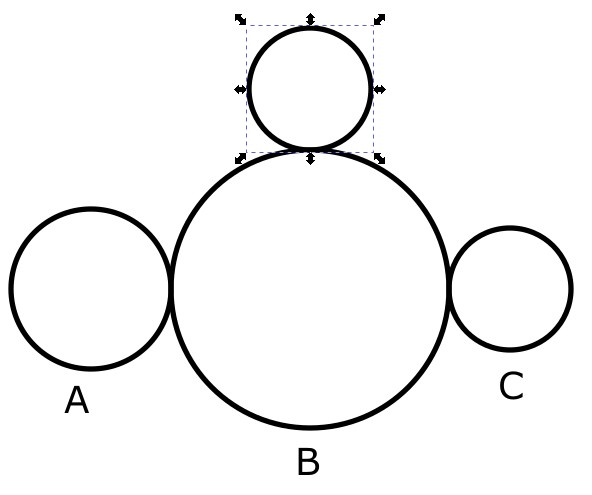 Then drag new guides from the rulers to the centers of C and its duplicate: 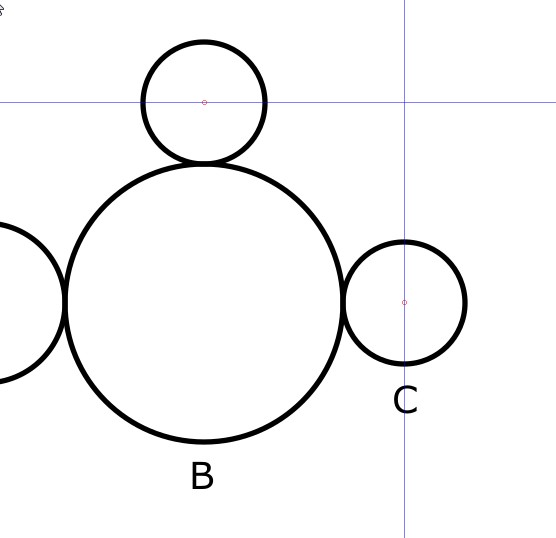 Now you can draw the red circle with the ellipse tool. Hold Ctrl and Shift keys at the same time to make a circle which starts from the center of B. The mouse snaps to the crossing of the guides if you have remembered to set snap to guides = ON. 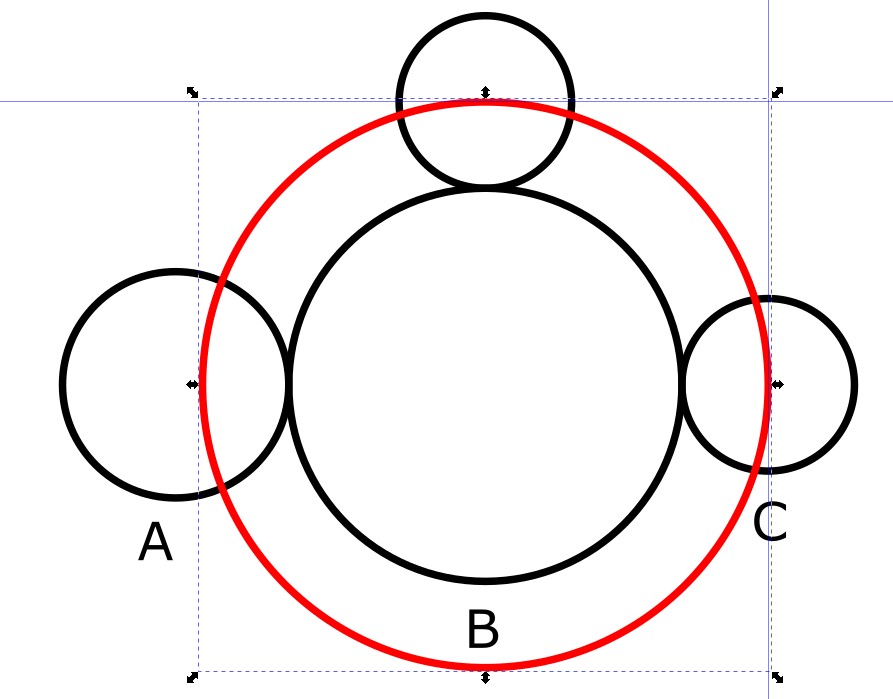 The bounding box of the red circle seems to be a little too big. Do not let it disturb. The bounding box contains also the stroke. The circle curve midline goes through the center of C. It can be seen in the next zoom in where the red is changed to a lighter color: 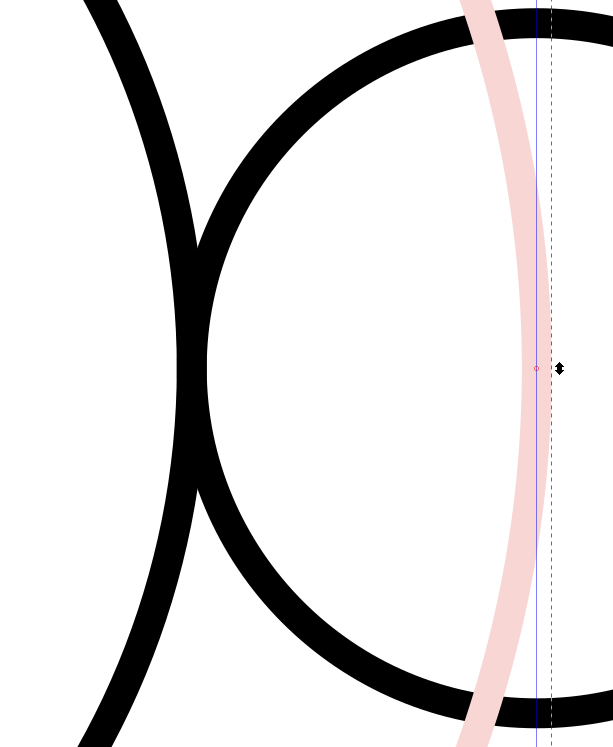 Draw the blue circle in the same way. You can use the same copies of C.

BTW. In CAD programs you can draw tangential circles straight in the fly with zero trickery. The next screenshot is from LibreCAD (= a free 2D CAD program) 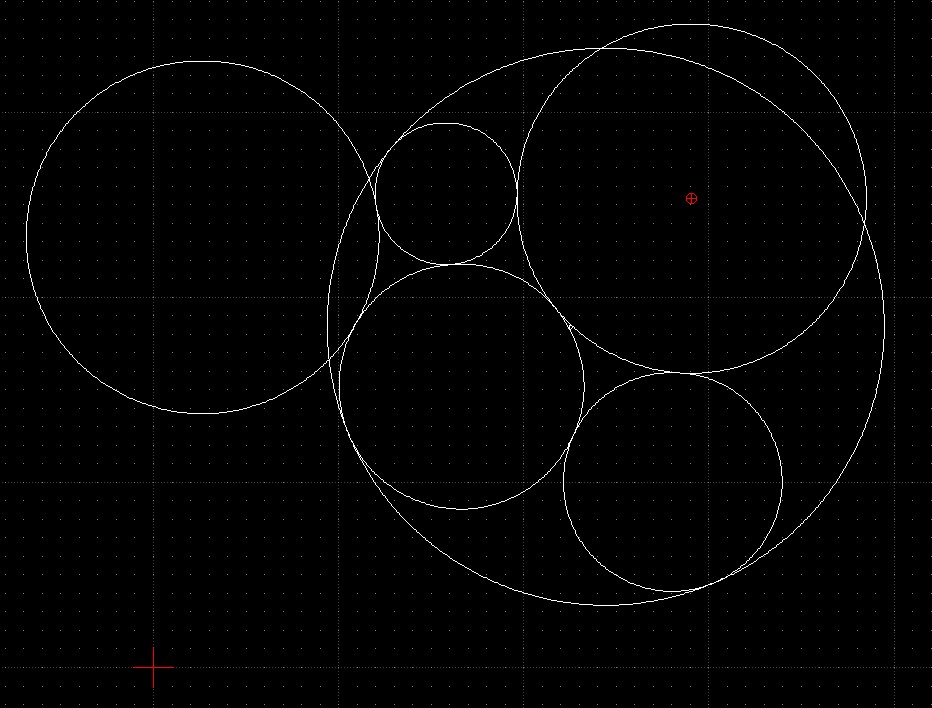 The saved DXF file can be opened in Inkscape (tested). The circles are simple 4-node Inkscape paths, they are not dense polygons. They are like circles drawn in Inkscape and converted to paths (=Bezier curves) by applying Path > Object to Path.

This is a slight variation on the other answer. Obviously you need to know the radii values for this to work. Note that you can see or type in the radius values of the circles in the Tool Controls bar along the top if you want exact measurements. 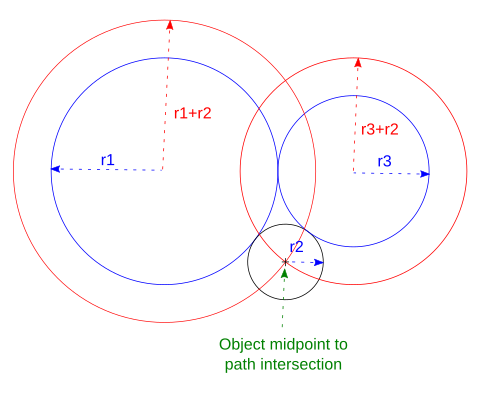 5
How to snap a path to a node in Inkscape?

23
How do I draw a heart shape in inkscape?
3
Snap a path to itself
0
How to snap end points of straight lines to form connected triangles?
0
How can I create a shape based on contiguous color area in Inkscape?
0
INKSCAPE - Create a circle in three colors
2
Inkscape: Move tiled/cloned objects
6
Inkscape: Snap shape center to stroke
4
Inkscape: Add nodes to circle drawn with circle tool
1
Inkscape multi-closed-region multi-lined path
0
How to cut an Image on inkscape