How I type Arabic text without error boxes?

To be more specific, I found this kind of problem solving at photoshop 21.2 but it still having.

Also, In my case font is not problem. because it working at adobe XD.

I don't know if you're still monitoring this thread but I did a lot of typing in Arabic and Persian for a project in Photoshop and I had the same problem.

Nothing fixed it at all, except one thing: uninstalling Photoshop, going into creative Cloud > preferences > Apps> English (arabic script) see the screenshot.

Eventually, when I stopped working on the Arabic/Persian project I had to uninstall Photoshop and re-install Photoshop > English (international) because when you have it as English (Arabic script) everything is default set Right to left, all the Arabic Fonts are listed first, and I'm English speaking so it was not convenient for me. There is unfortunately no more elegant way to do it.

what I suggest is creating several documents when you're in the setting English (arabic script) because the text boxes inside your file will retain correct Arabic ligatures and properties. IT's the same situation with Adobe Premiere. So I created my original Premiere projects with the English Arabic but I've reverted to English international and now I've made 57 videos that contain Arabic text, but they are all copies of the original template I created with the right settings, and everything has 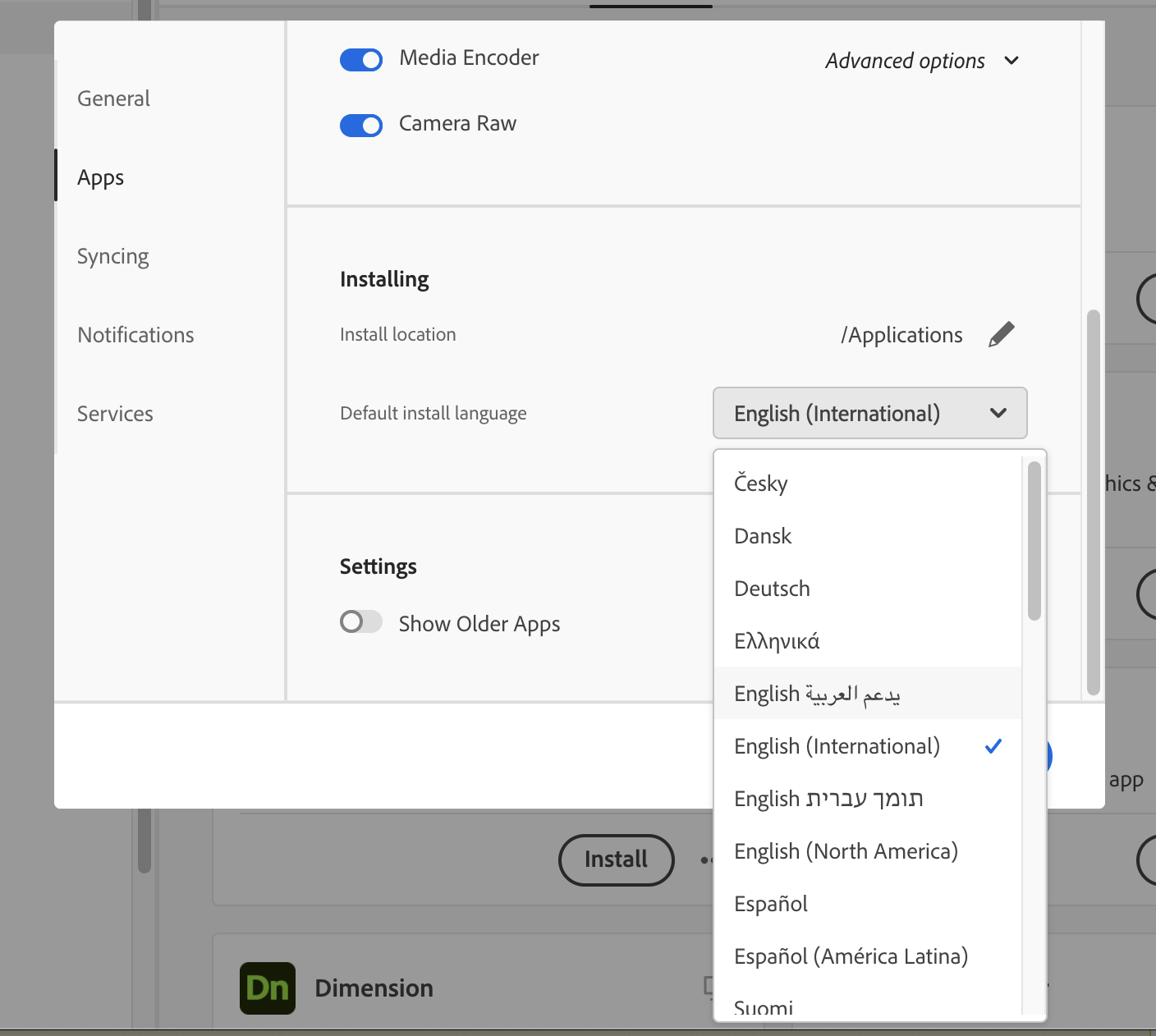 Not the answer you're looking for? Browse other questions tagged adobe-photoshop fonts arabic or ask your own question.