Is it possible to twirl, tweak or some other act to draw something similar to this picture? 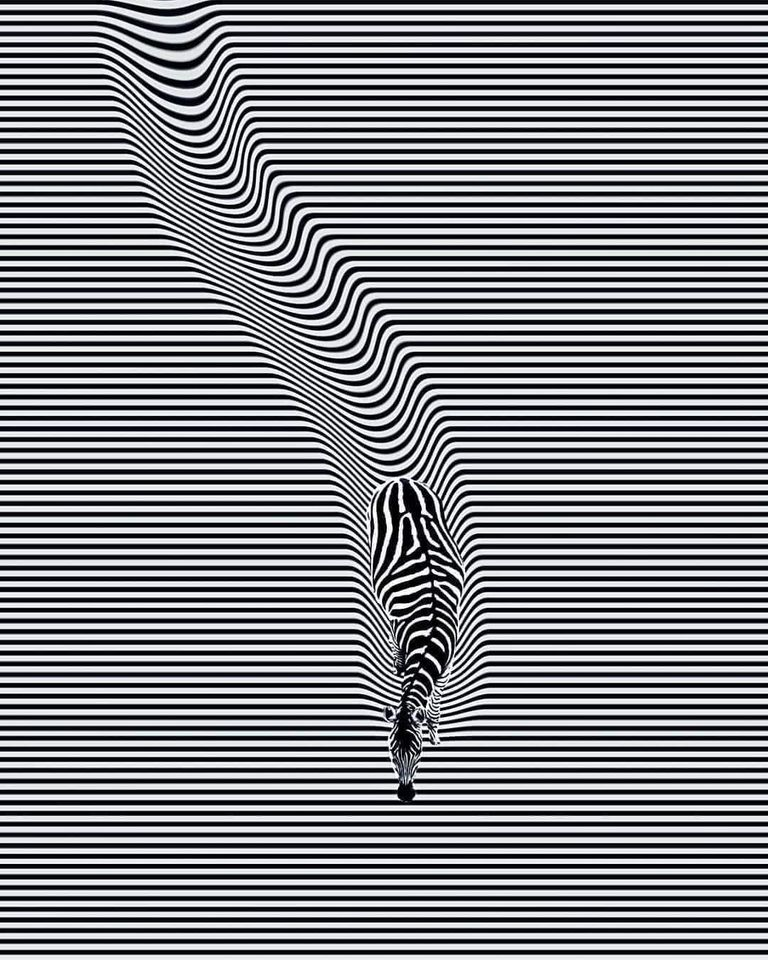 There is a Tweak tool which can warp vectors in Inkscape, however it doesn't work so well when you are trying to warp multiple paths. I'd avoid this route.

In my opinion, it would be far easier to do it in a raster image editor like GIMP which has a warp transform tool. If you need vectors, you could just use Trace Bitmap in Inkscape.

Something resembling can be done with path interpolation in Inkscape. 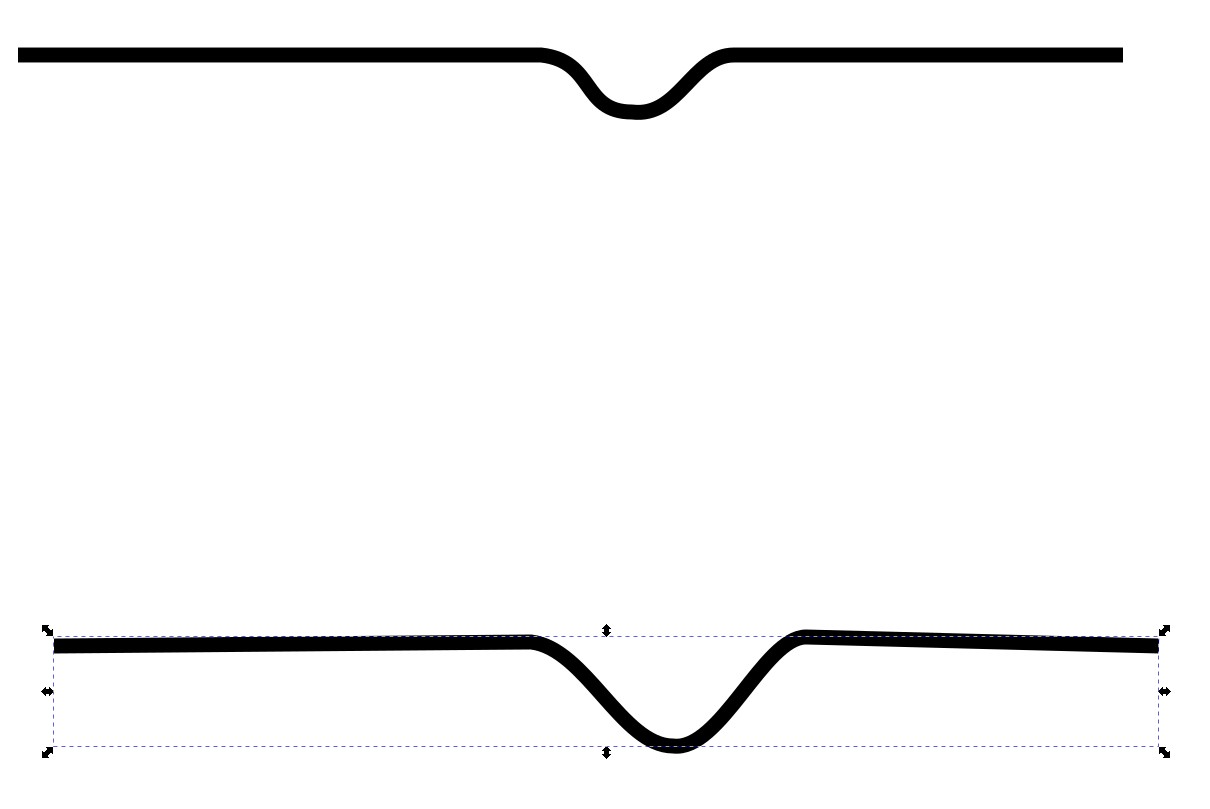 Select both, apply Path > Combine to make a combined bath which can take path effects.

It's straight blend between the drawn paths. It can have a twist if you insert an interpolation trajectory. It's the same as Illustrator's Blending Spine. In Inkscape you must copy it to the clipboard and paste it to the path effect by clicking the Paste icon in the dialog:

You can edit the trajectory after inserting it if you click the edit on the screen icon. There appears an editable copy outside the image area,

You can remove the effect if it is bad by clicking the minus sign in the dialog. If it's good convert the generated paths to independent objects by applying Path > Object to Path and Path > Break Apart.

The ends can be aligned by selecting all paths and then selecting with the node tool all left ends. You can Drag and align the selected nodes to the same vertical line in the Object > Align & Distribute panel. Right ends need the same treatment separately:

You may need more interpolation steps for a complex enough groove. Unfortunately you cannot do it simply by inserting more paths to the initial version, the effect looks only 2 subpaths and generates the intermediate versions between them.

BTW. You can also make the needed paths as straight. Draw one, duplicate it, drag it to the bottom and apply to the paths Extension > Generate from Path > Interpolate.You can get say 50 lines in a few seconds.

Then edit the paths with the node tool one by one as needed. Insert the needed nodes, move them and drag the handles out of the nodes (hold Shift) to get curvature. You can also drag the path between nodes.

This is very slow and needs well trained hand and eyes, but it offers full control for those who can imagine the wanted result beforehand.

Not asked: In Inkscape or other 2D progam its easy to get in troubles with prespective if the image tries to present something in 3D. Making the groove in 3D isn't especially difficult and there's no perspective inaccuracy. 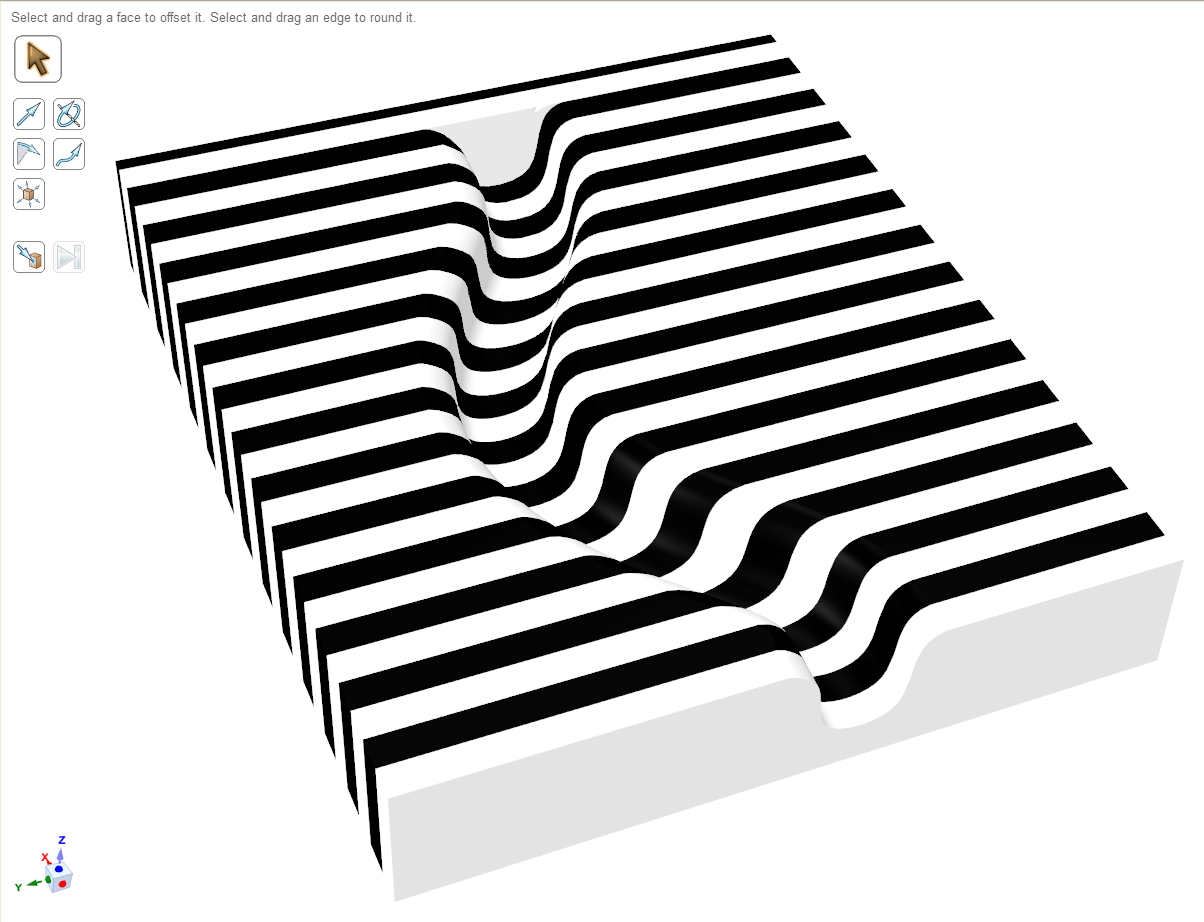 The zebra unfortunately becomes 1000% more difficult in 3D. For example I would never get it plausible except by copying it from somewhere.

5
How to create circular "returning" arrows in Inkscape
2
Create a simple table with some annotations (Inkscape?)
1
Why do some paths show their center and some not?
1
T-crossing in inkscape
0
Merge different paths into one - inkscape
5
Simplify path settings in Inkscape
0
Smoothly unify paths with Inkscape
1
How do I combine paths in Inkscape while preserving overlap?