Is there a (free) software for fitting splines to line graphics?

For example, I would like to sketch something on my android tablet or scan sketch and then place some nodes at the shape, and afterward, the vector graphic program should fit the spline to the lines.
This can't be too hard to implement, but I didn't find programs with such a feature.

I am not looking for vectorization like potrace (and the corresponding Inkscape binding) does it, as it results in hard to work with shapes. I am looking for a program, which fits splines to drawn paths. I have no problem placing a few landmark points before the spline is fitted to the drawn path. 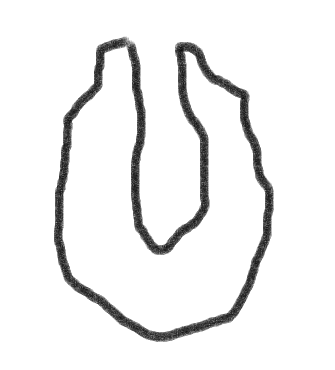 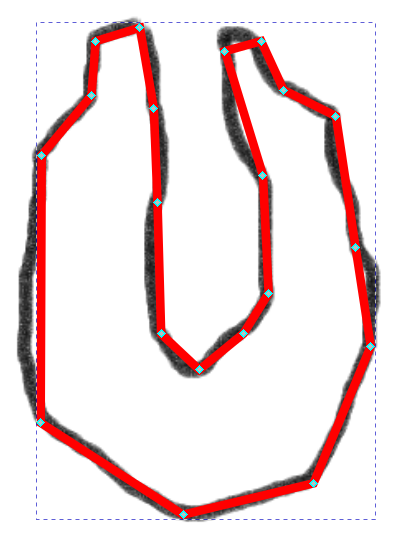 The result with manual fitting: 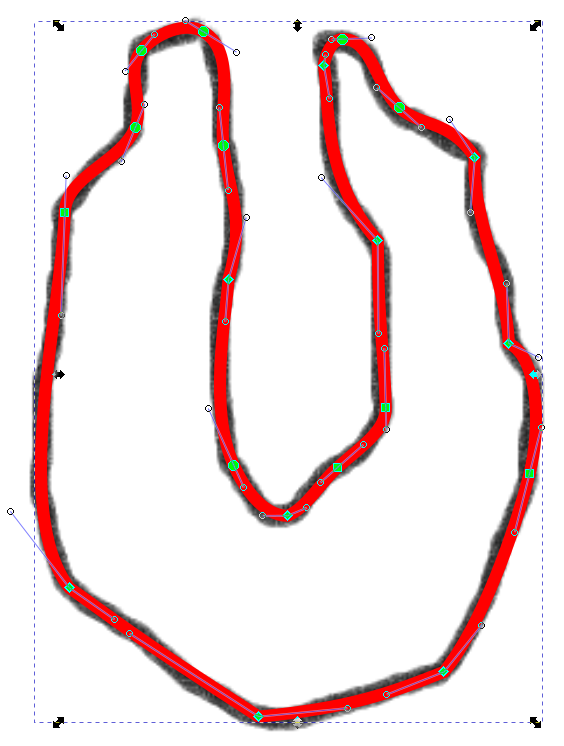 My question is about automating the last step.

It's not dumb smoothing, but finding the spline which fits to the curve in the bitmap image and to just that curve (among others) that I pointed by clicking a poly-line.

Thanks for posting the image. It makes everything much clearer now.

The way you are proposing to do this won't work. Neither Inkscape nor any vector graphics software that I know of has any way of detecting edges in raster images, other than with auto tracing. So, a different approach is required.

Use the Centreline option in Inkscape's Path > Trace Bitmap function.

It does exactly what you want, fully automatically, without the need to even draw the lines yourself. Obviously centreline tracing is not so useful for more complex designs, but for the example you posted, it's almost perfect.

Example: Original raster image is on left, resulting centreline trace in the middle, and the Trace bitmap options on the right.

The only thing you may need to do manually is to increase the stroke width in the Fill and Stroke Panel (Shift+Ctrl+F) to match the raster image.

Inkscape also has a Simplify command if you think the trace has created too many nodes. Also if you want sharper corners you could select specific nodes and turn them into corner nodes, and make small adjustments to their positioning.

Another more manual approach in cases where Centreline tracing might fail is to use the Bézier Tool(aka Pen Tool) in Inkscape, and click and drag Bézier curves as you go. It will save time rather than trying to fit/adjust curves afterwards. Another possibility if you are not familiar with creating your own Bézier curves in this way is to use the Spiro option in the tool controls along the top to automate the curves. When using the latter option, holding down Shift while you click will add a corner node, while regular mouse clicks produce curve nodes.