In the following simple artwork, the top most stroke and fill are selected. in the layers panel, the target button is filled for the selected artwork due to additional stroke and fill. 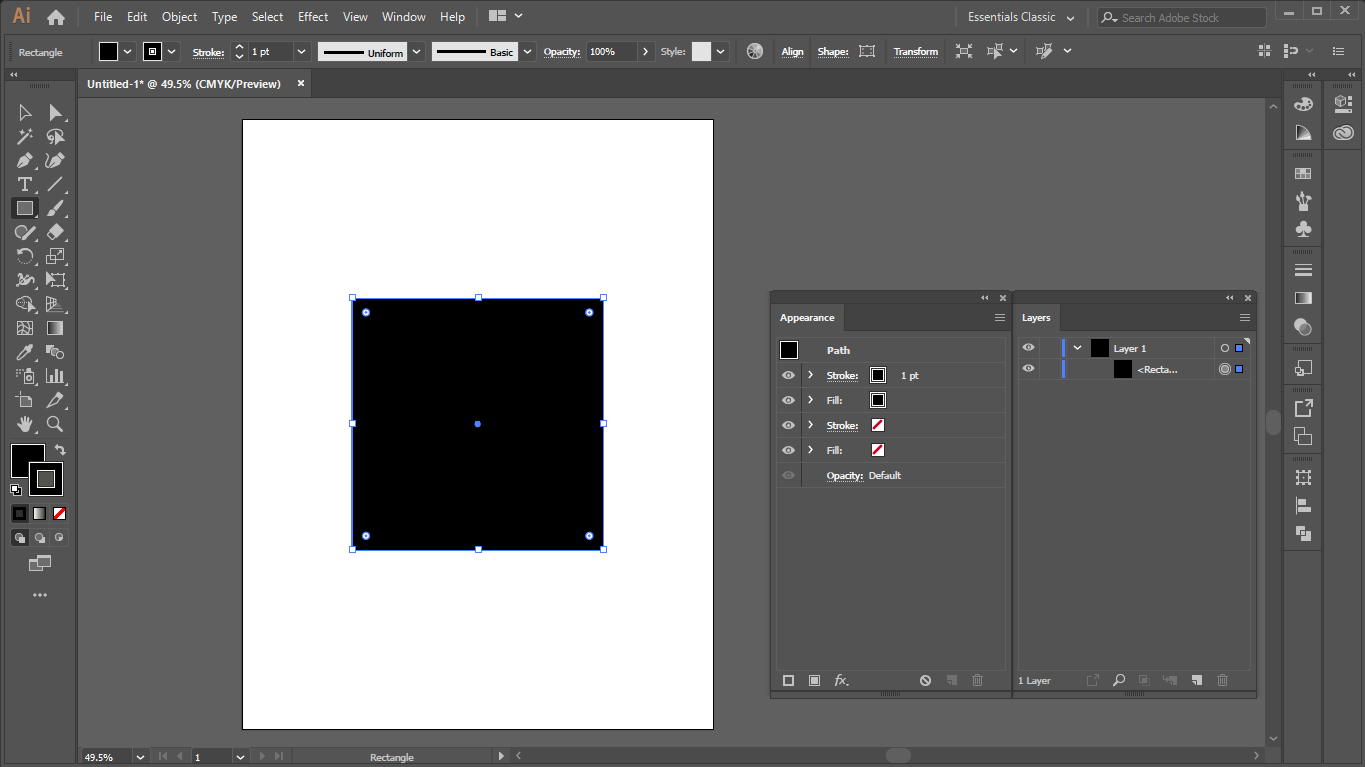 Now if I drag and delete the filled target button from the layers panel, the button gets blank and the bottom most stroke and fill gets removed from the appearance panel and the artwork. Alright, cool. 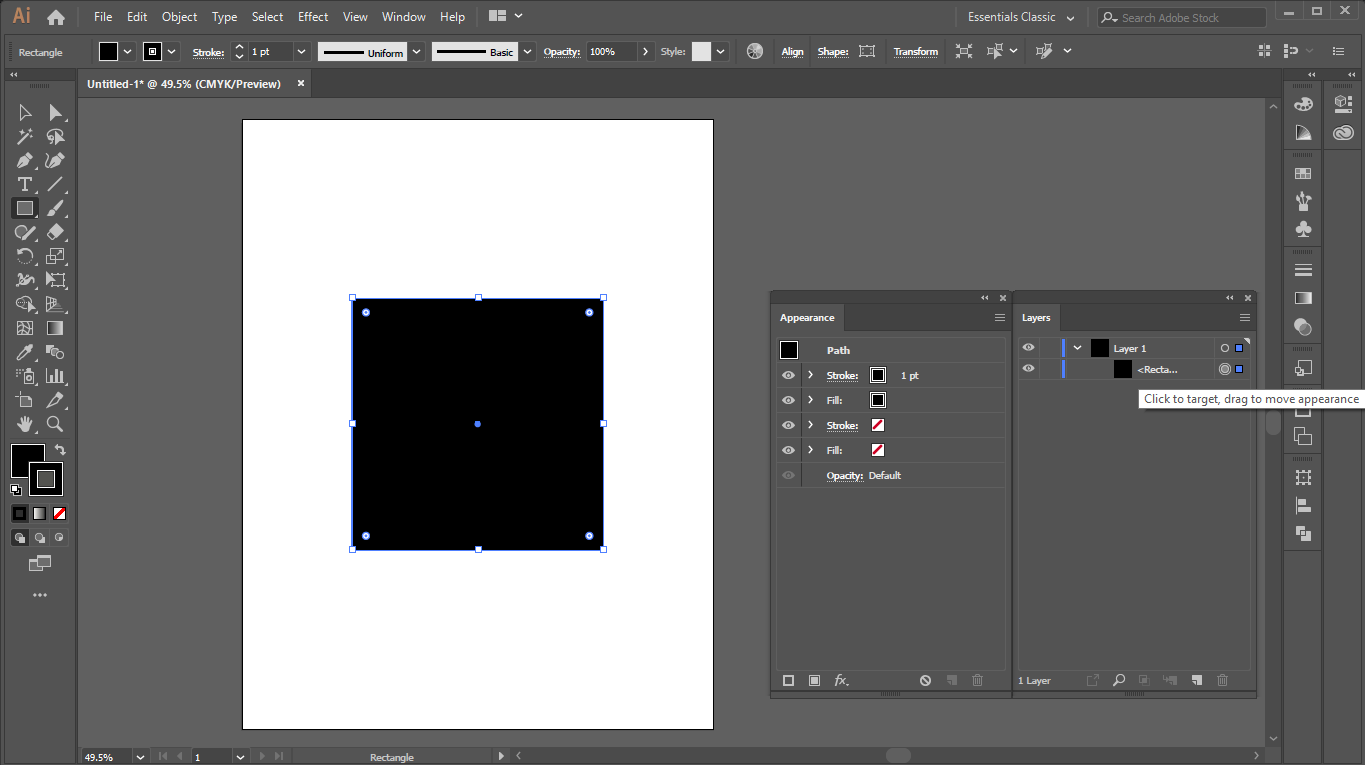 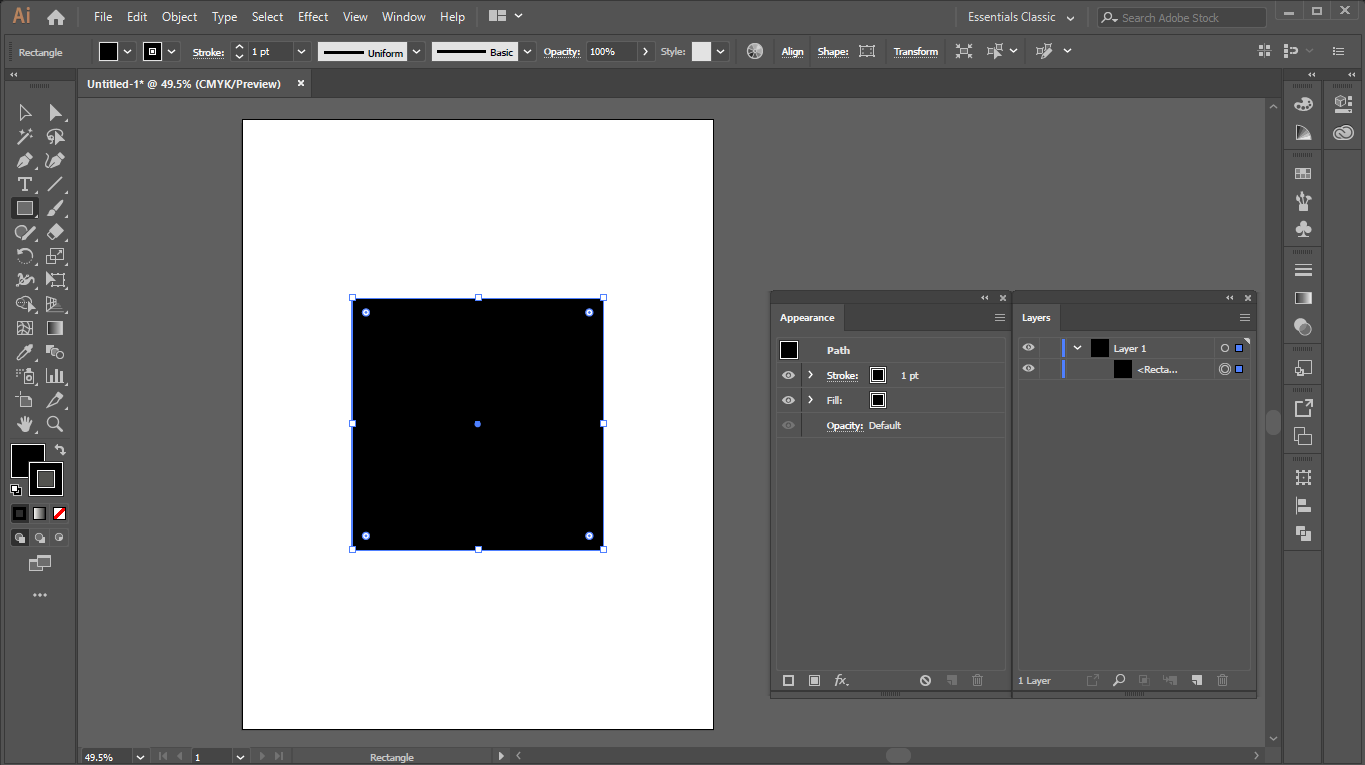 My question arises when I tried to remove appearance attributes manually that is by selecting both bottom most stroke and fill from the appearance panel then delete it, 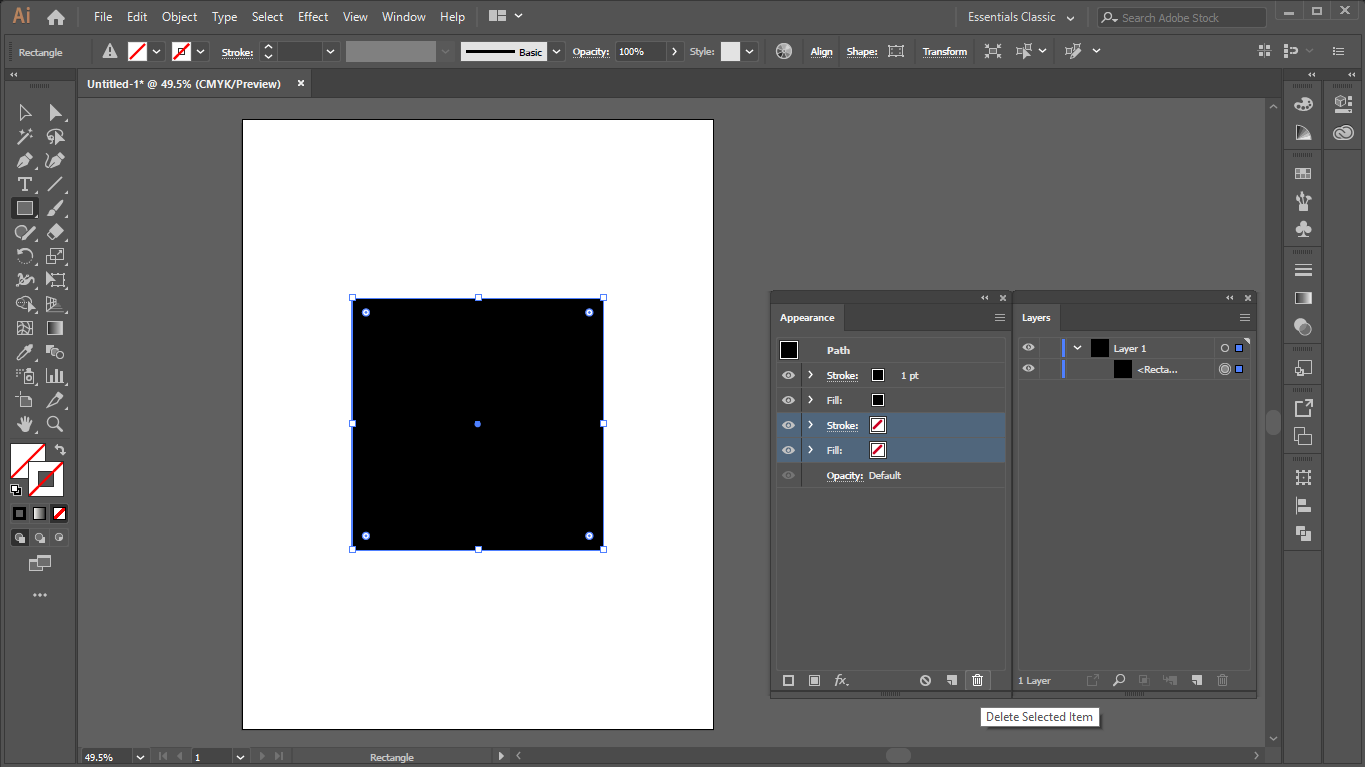 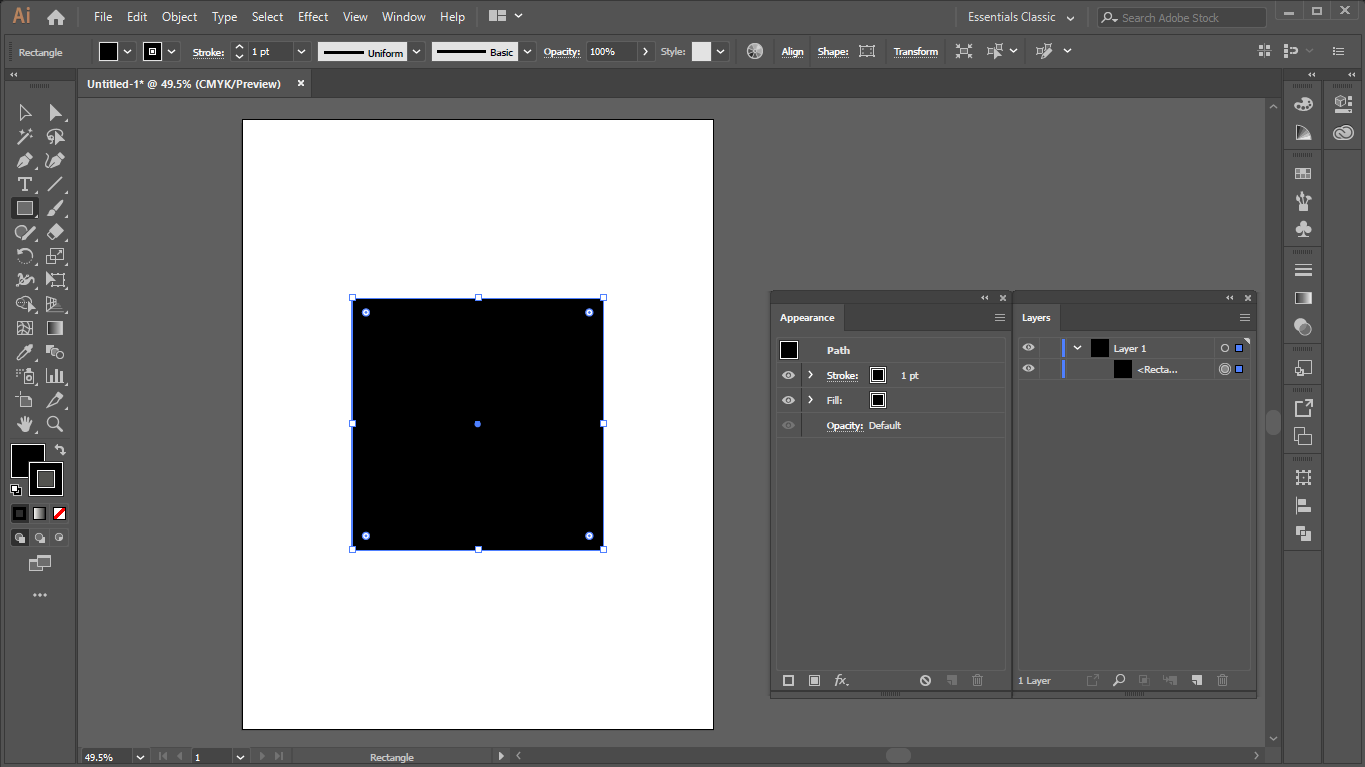 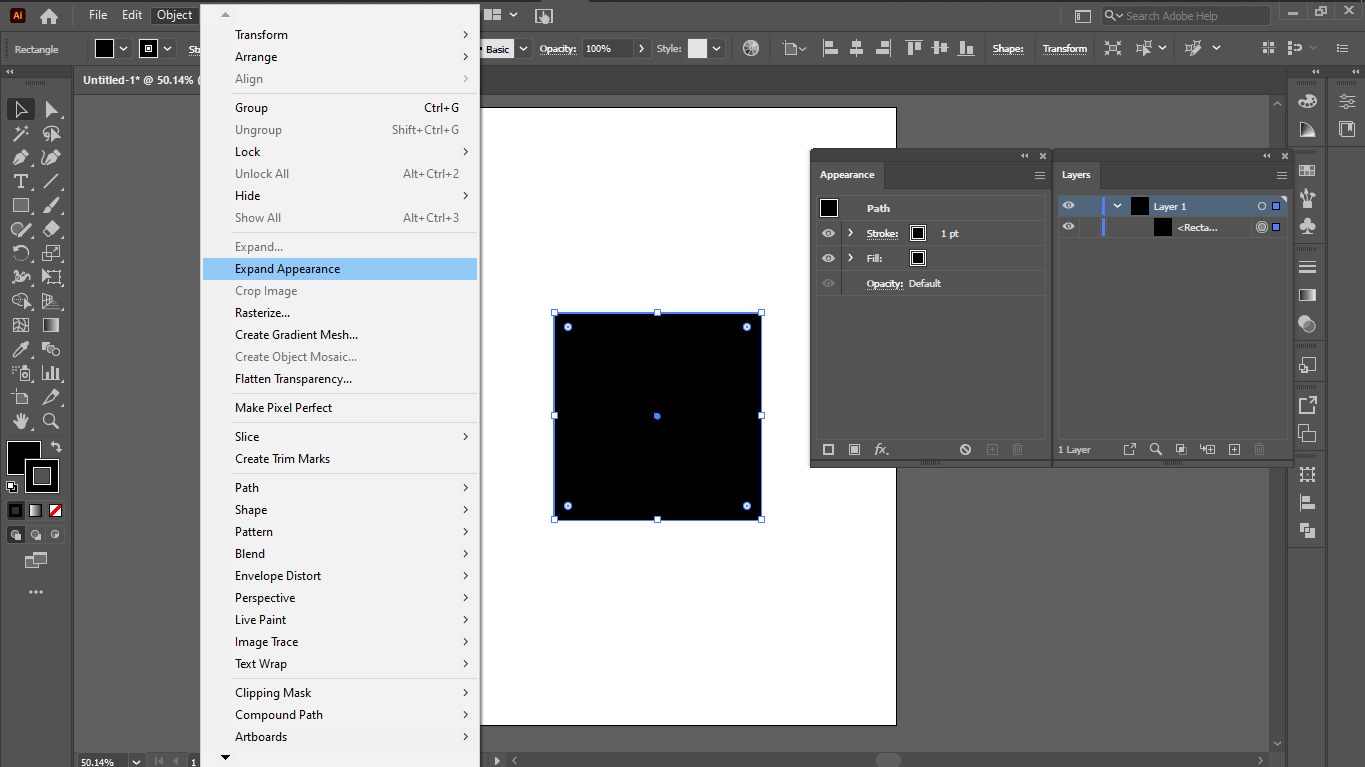 shouldn't the target button be blank in the layers panel after deleting the extra stroke and fill manually from the appearance panel? What am I missing? (All the transparency is set to normal and opacity is default for every appearance attributes).

Note that in your screenshots the appearance indicator is not on a layer it's on an object. That may be an important distinction.

The appearance "meatball", as it's often known (filled circle in layers panel)... has always been a bit "off".

Typically the meatball has been correct for objects but can often be incorrect for layers. In most, if not all versions or AI, once the meatball appears on a layer it won't ever be removed -- regardless of whether there's any appearance attributes. i.e. bug. (seriously, every version from AI8 to AI CC2017 shows this bug with layers. The AI dev team has never found it high priority enough to actually FIX.)

What you are describing would make me think this bug has somehow "metastasized" and may now affect other layer panel items.

In my experience, the failure of the meatball to remove itself from a layer hasn't been a real issue. If the visual anomaly was troublesome, merely copy/pasting the layer contents to a new layer and deleting the stuck meatball layer works. The presence of the meatball has no effect on any artwork, ever.

However, I'm not using the bleeding-edge version of AI at this time. So, it's possible this bug, if it is indeed a bug, only exists there. There's no way to verify it's a bug through this question. It would take direct file examination. But, if the same unexpected behavior can be found when different users repeat a series of steps.... that's typically a good indicator of a bug.

Also, I can't test at the moment, but I wonder if because you are using a "live shape", as indicated by the object having a shape name, i.e. <Rectangle>, that may possibly cause the meatball to appear. I would test the persistence of the meatball on a non-live shape.

Not the answer you're looking for? Browse other questions tagged adobe-illustrator layers effects appearance or ask your own question.

2
Adobe Illustrator - Masking using layers with stroke?
0
How to overwrite brush "texture" with single color in Illustrator CS6?
3
Adobe Illustrator: Prevent graphics styles from overriding stroke and fill?
8
Unable to ungroup objects in Adobe Illustrator
3
Adding background color to textbox in Illustrator CC
2
Illustrator Eyedropper Tool can't sample the Appearance of grouped objects?
1
What does "Select same appearance" do?
1
difference between two types of selection in illustrator
0
about locking the transparent pixels in photoshop
0
I want to use "Send to Current Layer", but it's disabled no matter what I do