Ask Question
Asked 2 months ago
Active 2 months ago
Viewed 67 times
0
This question already has answers here:
Aligning letters “Wrong” appears more “Right” (5 answers)
How could I make a logo that looks off centered due to the letters, look centered? (4 answers)
Closed 2 months ago.

Are there any rules for centring lower case letters like a 'd' in a circle? To me it doesn't look right unless it's moved more to the left but then it's not in the middle. 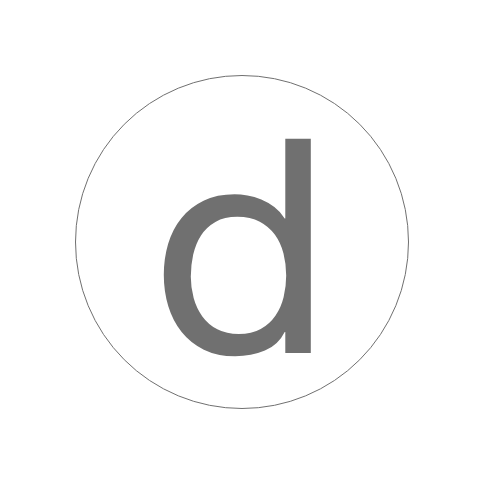 Centered inside a circle becomes objective (=not an opinion)as soon as there's a common agreement how to measure it. Unfortunately no common agreement exists. Artists place items as they like.

Drawing and layout programs have buttons for alignment principle "let the bounding boxes of the objects have the same centerpoint". That idea doesn't satisfy you, I guess.

Some time ago a GDSE user had a little resembling problem with a logo. He accepted one easy centering principle that you can try, too. It's here: How could I make a logo that looks off centered due to the letters, look centered?

The center of mass can be determined in several ways. The easiest way is to use a CAD program or Inkscape which have a ready to use function for it. The next example is in Inkscape.

The starting point is an Arial d which is 25 mm high and 15,5 mm wide. It's converted to path (=Path > Object to Path) and ungrouped: 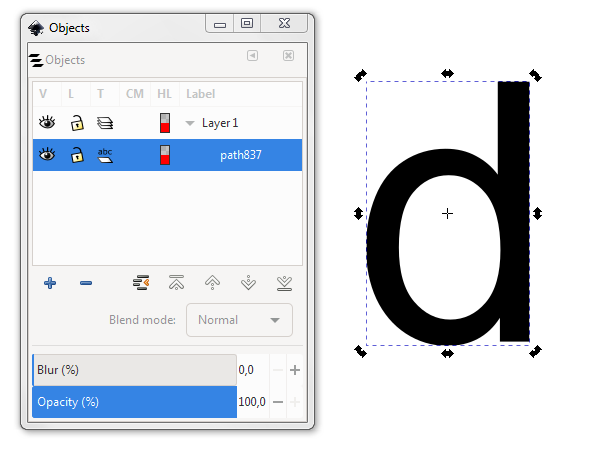 The centerpoint cross is in the middle of the bounding box like normally in drawing programs.

Extension Visualize Path > Measure Path > Center of Mass inserts a new cross into the center of mass. It's a new object: 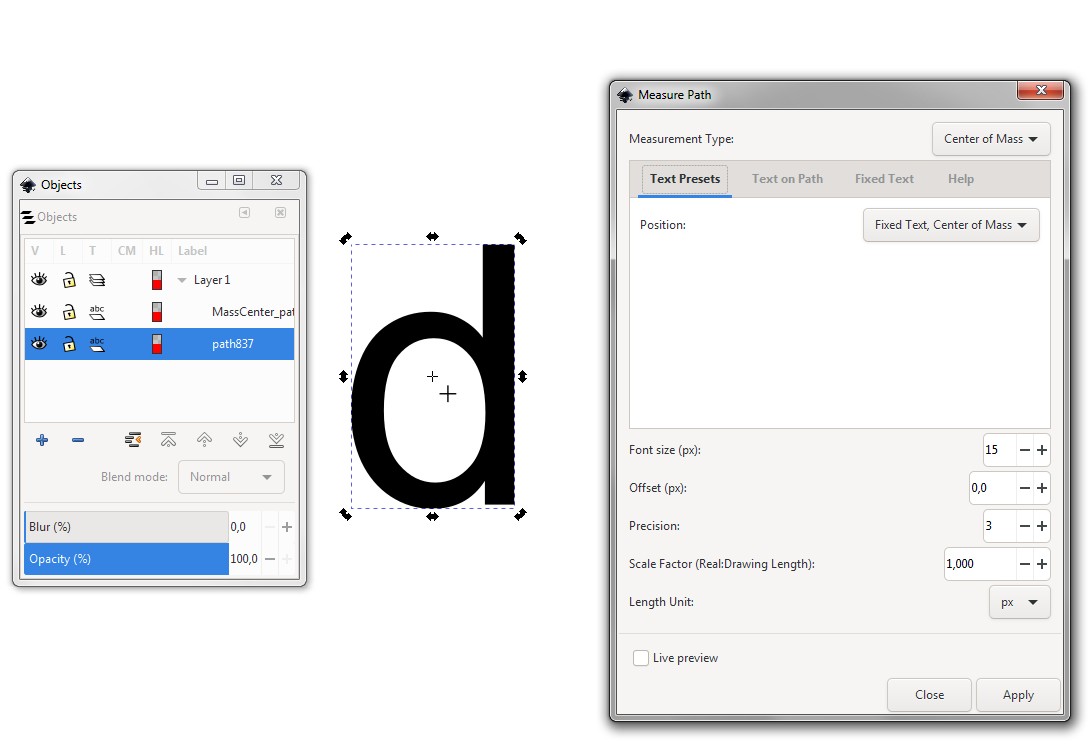 In the next image the d is centered with the circle in 2 different ways:

In the left the bounding boxes have the same centerpoint. The d and the circle are simply aligned horizontally and vertically.

The centering idea "same centers of mass" can look wrong because it clashes with "as big gap between the parts in all directions". See the next example:

In the middle centers of mass are same

A fix is to make a combination. The d is moved downwards by applying align horizontally. There's still L-R balance of masses.

Adjust it manually until it looks right, and feels balanced. Eyeball it!

For example, this is my guestimate. 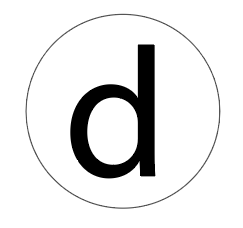 Draw an inner circle as a guide if you have difficulty doing it visually, or if you want to check it. 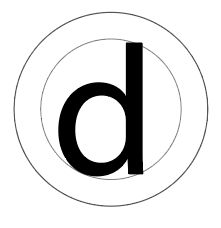 Conceptually this is about aligning ‘optically’, rather than aligning ‘mathmatically’. I.e so it is perceived as being centered ( inspite of the bounding box not being in the dead center )

Also you could raise it up a bit higher in the circle - i think you want to create perception of tension,like the ‘d’ is being suspended, and not falling down.

Not the answer you're looking for? Browse other questions tagged logo lettering or ask your own question.

44
Aligning letters “Wrong” appears more “Right”
17
How could I make a logo that looks off centered due to the letters, look centered?

3
client logo - large dropshadow and awkward angle - looks terrible on any media, any guidance?
2
Photoshop: Bend Anchor Points Around A Circle
5
Strange type behaviours, some rounded letters seem larger
4
Logo with multiplied transparency blending option won't show up on black - Illustrator
16
Is there a word for when a logo uses an image for one or more of its letters?
2
How do I line up a circle perfectly between 2 curves lines (of others circles)?
17
How could I make a logo that looks off centered due to the letters, look centered?