I'm looking to design a "twist" effect for a lanyard design, where colour 1 "twists" into colour 2. Is this possible in Photoshop?

My background is in photography, not graphic design: I've had a dabble using the warp tool, but can't get anything like this. I'm not quite sure at all how to draw the requisite curves. Even a line drawing would help, allowing me to make the requisite selections.

I think actually all one needs are three simple shapes. I would personally choose to do this in Illustrator, but it is possible in Photoshop using vector shapes/tools as well.

This is a quick and sloppy example to show the methodology. 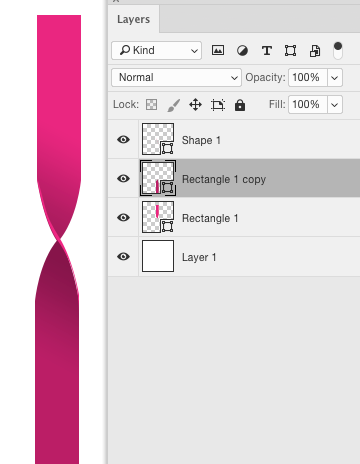 The animation below only shows 1 gradient overly being added (to the top shape), but you'll want to add a gradient overly to both shapes. Gradients in opposite directions of course.

You can then merely group the layers and rotate however is necessary. 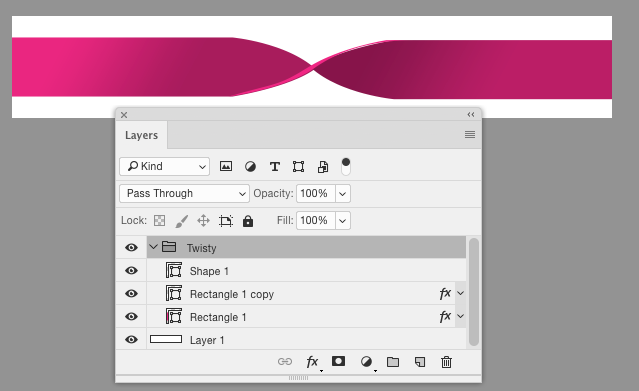 i.e. sloppy.... with more care the curves on the two base shapes which create the point could be smoother and the "edge" shape could be more accurate.

Photoshop is inflexible, but not impossible. Vector drawing programs like Illustrator, Inkscape or Affinity Designer have better drawing tools for this.

Photoshop and vector drawing programs make possible draw the wanted shapes easily in 2D if the lanyard can be a straight cylindrical bar and you can imagine what to draw.

I must admit that it took a moment to guess what your sketch actually presents. It must be something that isn't obvious because otherwise the question would never been born. After the light turned itself ON the actual shape was easy to construct with CAD software. Here are three 100% opaque versions made of blue and red materials: 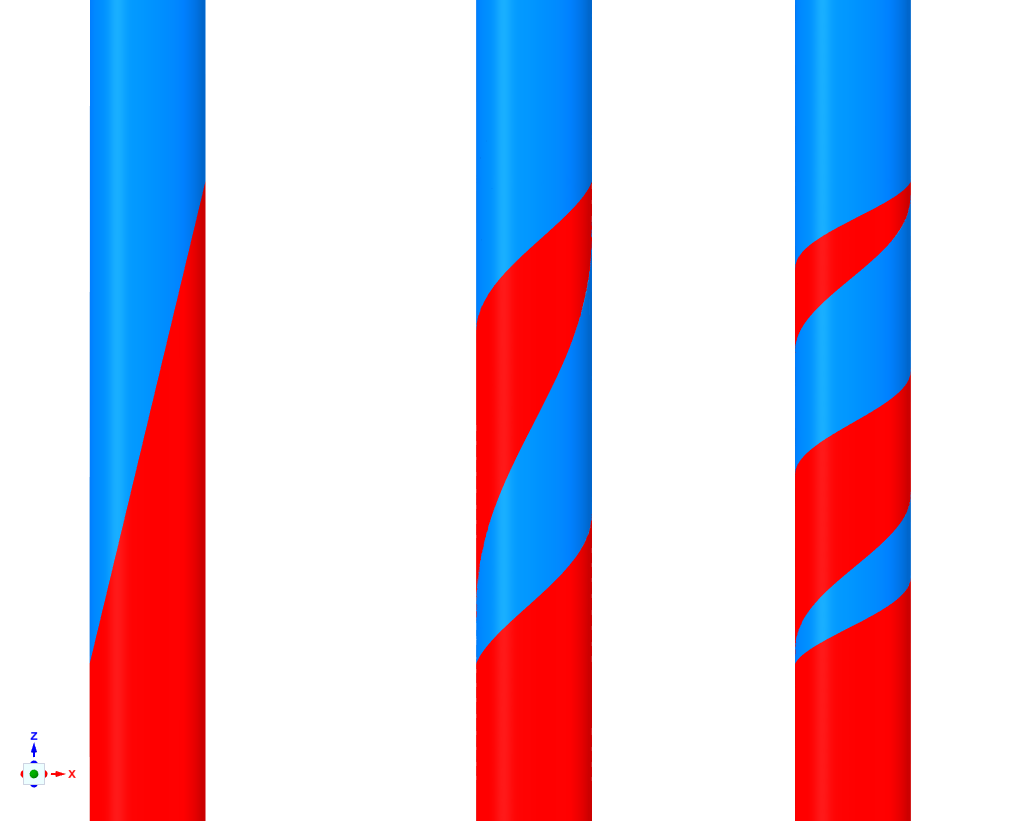 In the left there's no twist, a cylindrical solid bar is cut to 2 pieces with a tilted plane, the halves are colored to blue and red

In the middle the slicing zone is twisted 360 degrees

In the right the slicing zone is twisted 720 degrees

You have a third color. I guess You expect transparency. In the next image all three versions are 50% transparent: 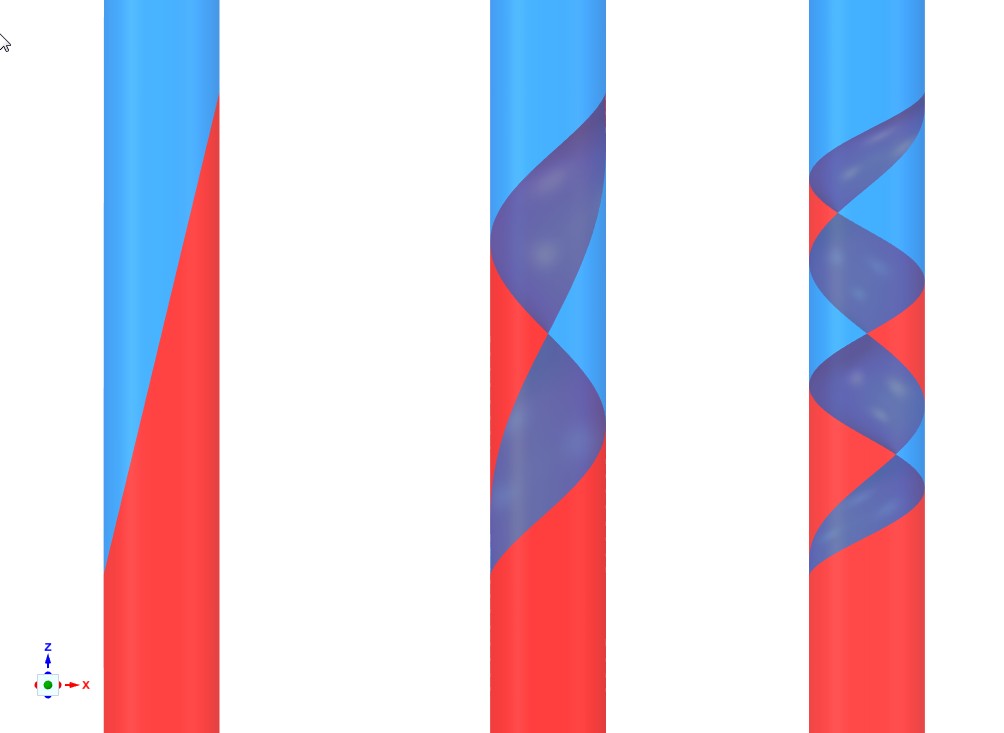 In the next image only red is transparent: 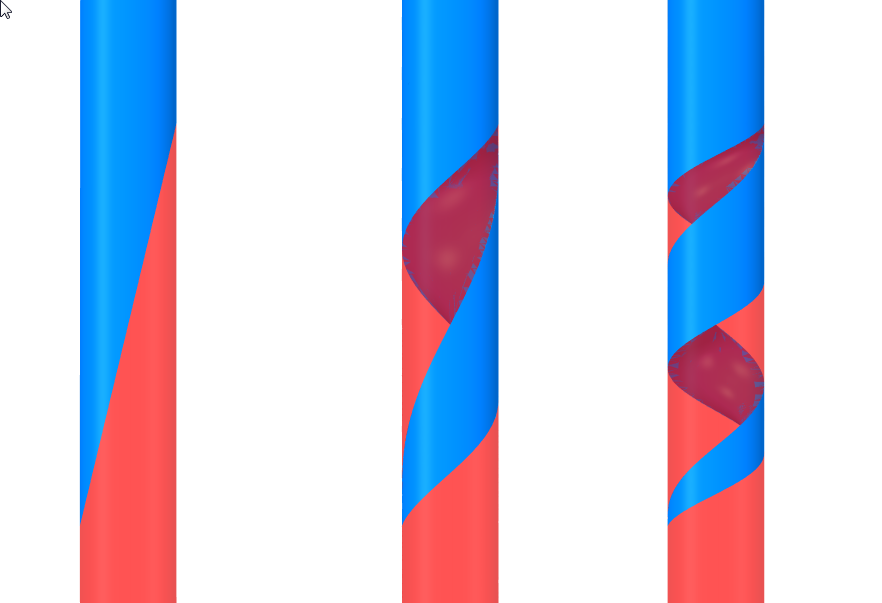 I guess with these you can decide what you need to draw it in 2D. You can easily approximate these "straight on the face" curve projections by combining a few simple 2 node paths: 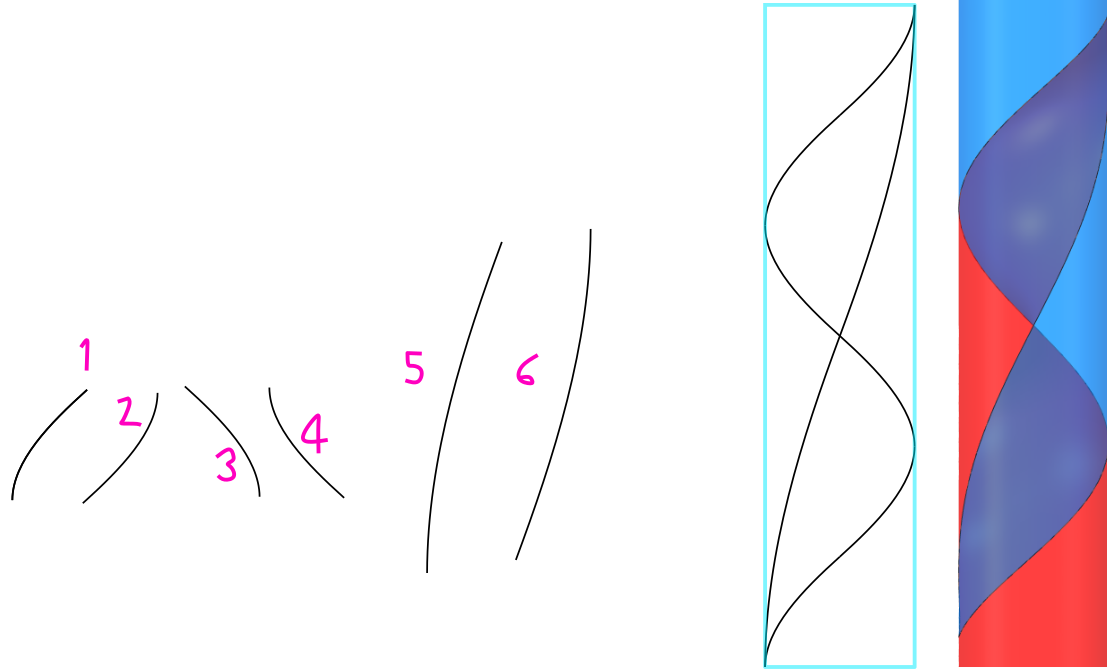 Only 2 nodes per piece is a coarse approximation, but it can be good enough for illustration purposes.

The guessed twisting is only a guess. Another guess is that you want something like this:

Inside a transparent cylindrical cable there's a twisted ribbon which has differently colored surfaces. The straight on the face projection of it is quite the same as you have drawn:

The straight on the face projection can be drawn with paths like the previous one, the 300% size versions are not needed.

If we think what's easy to make as a real object we should reject versions based on transparency. As a surface painting your drawing can present this: 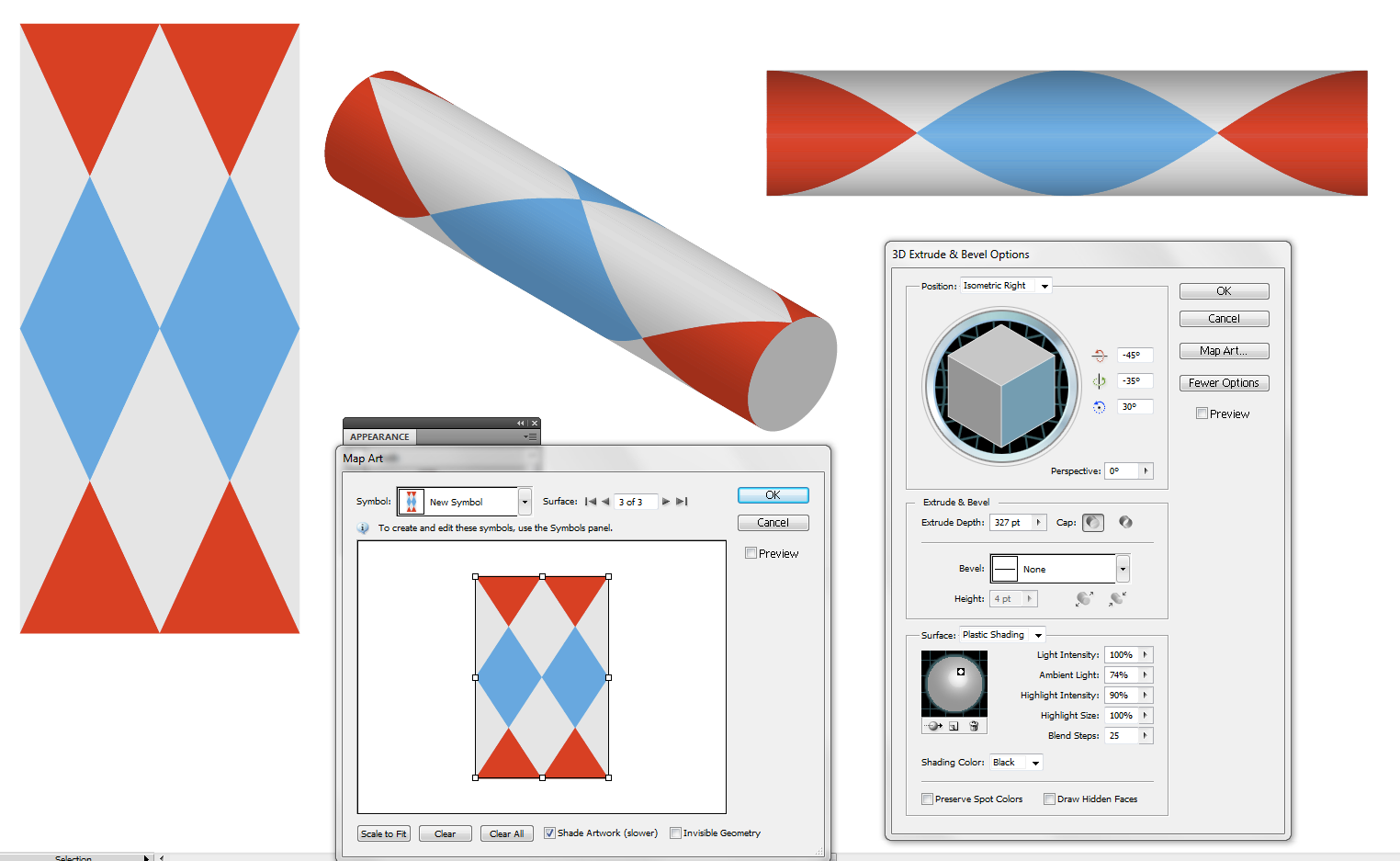 A simple pattern is mapped on a cylinder (=extruded circle) in Illustrator. The same is possible in Photoshop's 3D because there's a preset shape "cylinder", but you will get angry quite soon due the lack of control.

Illustrator gives you it as a vector and you can even get it as editable curves if you leave out the shading and expand the appearance:

Prepare to release a clipping mask and make 3...5 ungroupings to get the parts free.

If it happens that you need an image where a pattern is printed onto the surface of a long bent cable and repeated to cover the whole cable you should do it in a 3D program. Illustrator can make very simple 3D forms and Photoshop has only some preset 3D shapes. here it's placed in a solid which is got by extruding a circle along a spline curve: 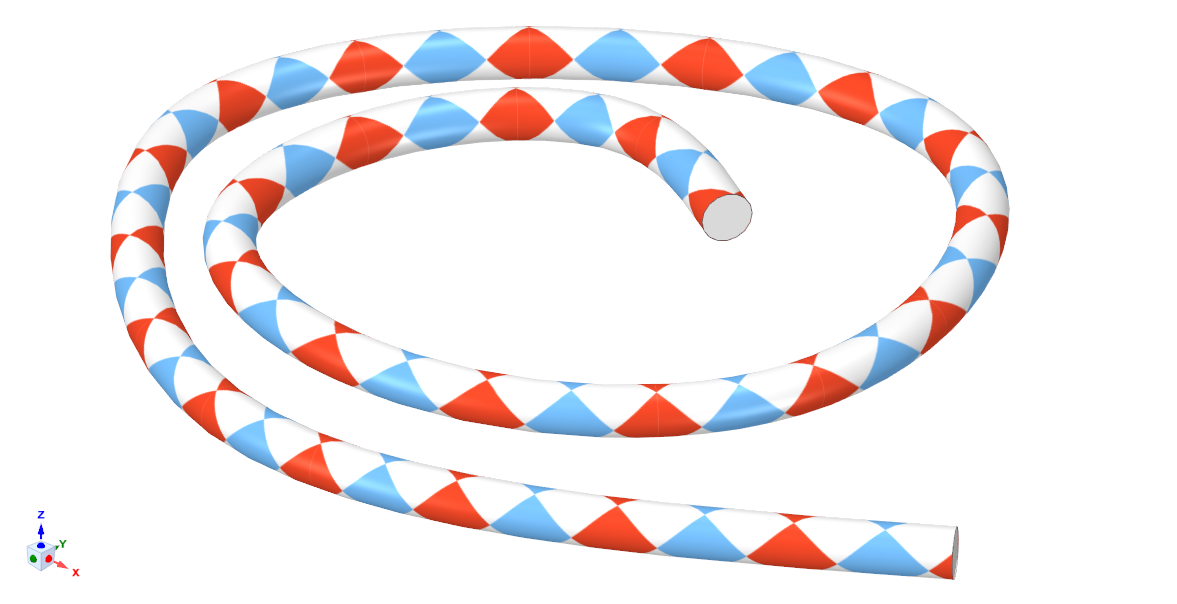 7
Photoshop CS5 - how to "normalize" colors in an image to reduce the noise?
3
Eyedropper Toggle w/ Shape Tool CS6
2
Sharpening iOS Icons
3
Illustrator pen auto-correction on Photoshop
20
How to create a map in Photoshop with hills?
4
Print true black from Photoshop
0
How can I create this in Photoshop or Gimp?