about transparent pixels/layers in photoshop

my question is : with the selection tools, I am selecting what: pixels (if yes then why the move operation doesn't work with transparent pixels and works when pixels have some "attributes") or pixel's "attributes" (color and other stuff that "adjectify" pixels other than being transparent)? what does it mean by "selected area is empty" and if the area is empty how I am able to select any region and fill it with any color? 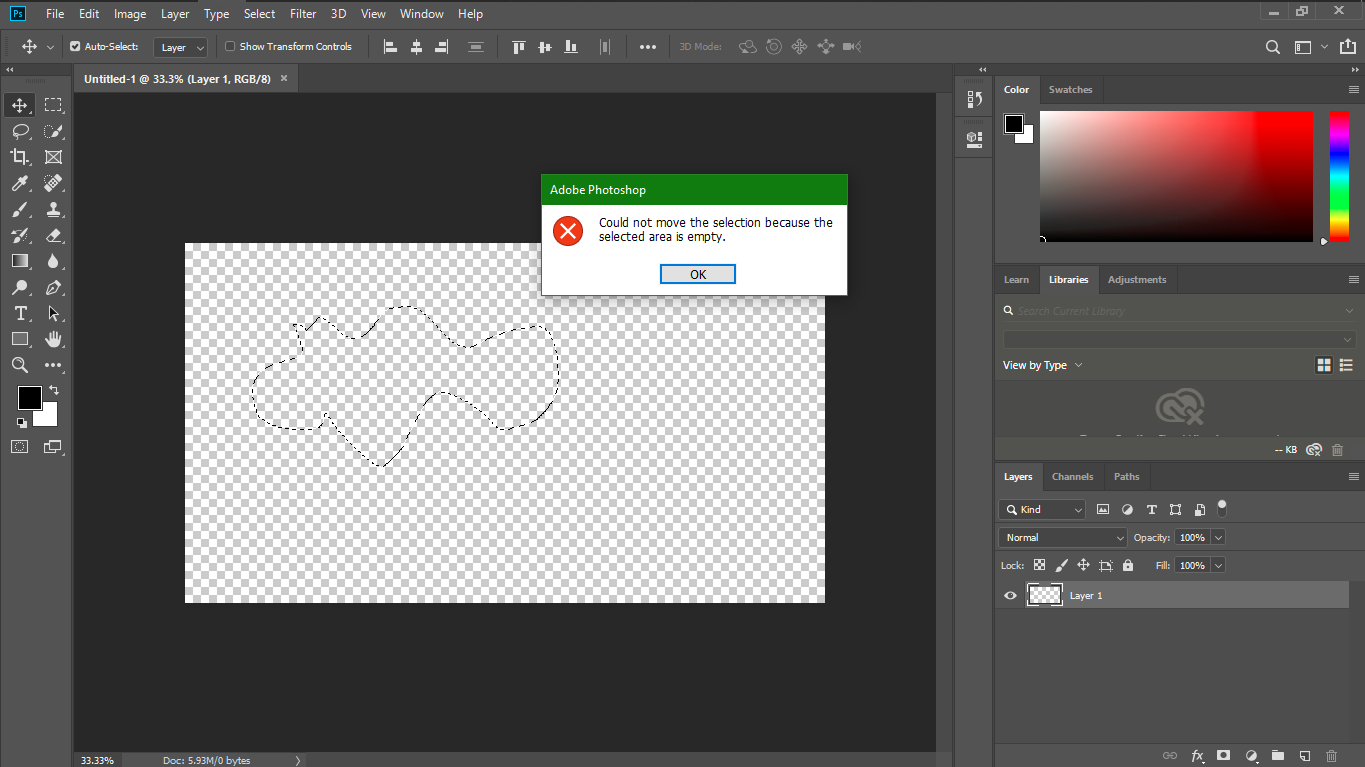 Your selected area is, in fact, empty.
It doesn't contain transparent pixels it just contains nothing.

You can select it because you are not selecting 'pixels' as such but simply 'an area'.

Filling the area with the paint bucket etc it then defines that area to become coloured & then will contain pixels.

Using your example screenshot, I've set a marquee around your error message then used the Move tool to slide it out of the way - the selection marquee follows it to its new location.
I've then made a new marquee inside that same area… but now there's nothing to move, so the error pops up…

Had I included any area which did contain pixels, then Photoshop would have moved just that part & ignored the rest of the empty selection. (which is really tough to try screenshot)

If you make a selection using the lasso or marquee tool then hover the cursor inside that area without changing tool, then you can drag only the selection itself to a new location. This doesn't attempt to move any of the selected content so you don't hit the earlier 'surprise'. Only the selection itself is moved.
This I cannot screenshot as pressing the keys to do the shot changes the cursor… so here instead is a photo of the screen… 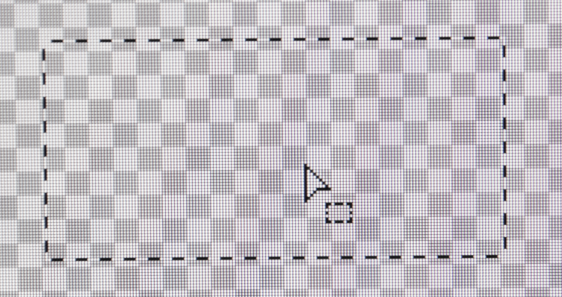 Not the answer you're looking for? Browse other questions tagged adobe-photoshop layers transparency selections or ask your own question.

0
about locking the transparent pixels in photoshop