Adding text to a curved banner

I'm a real newbie to Illustrator and finding it all a bit overwhelming! I would really appreciate some help on how to add text to a arched banner. No matter how much I try, it always looks off. Please help! I've searched and searched for tutorials but can't find anything specific! 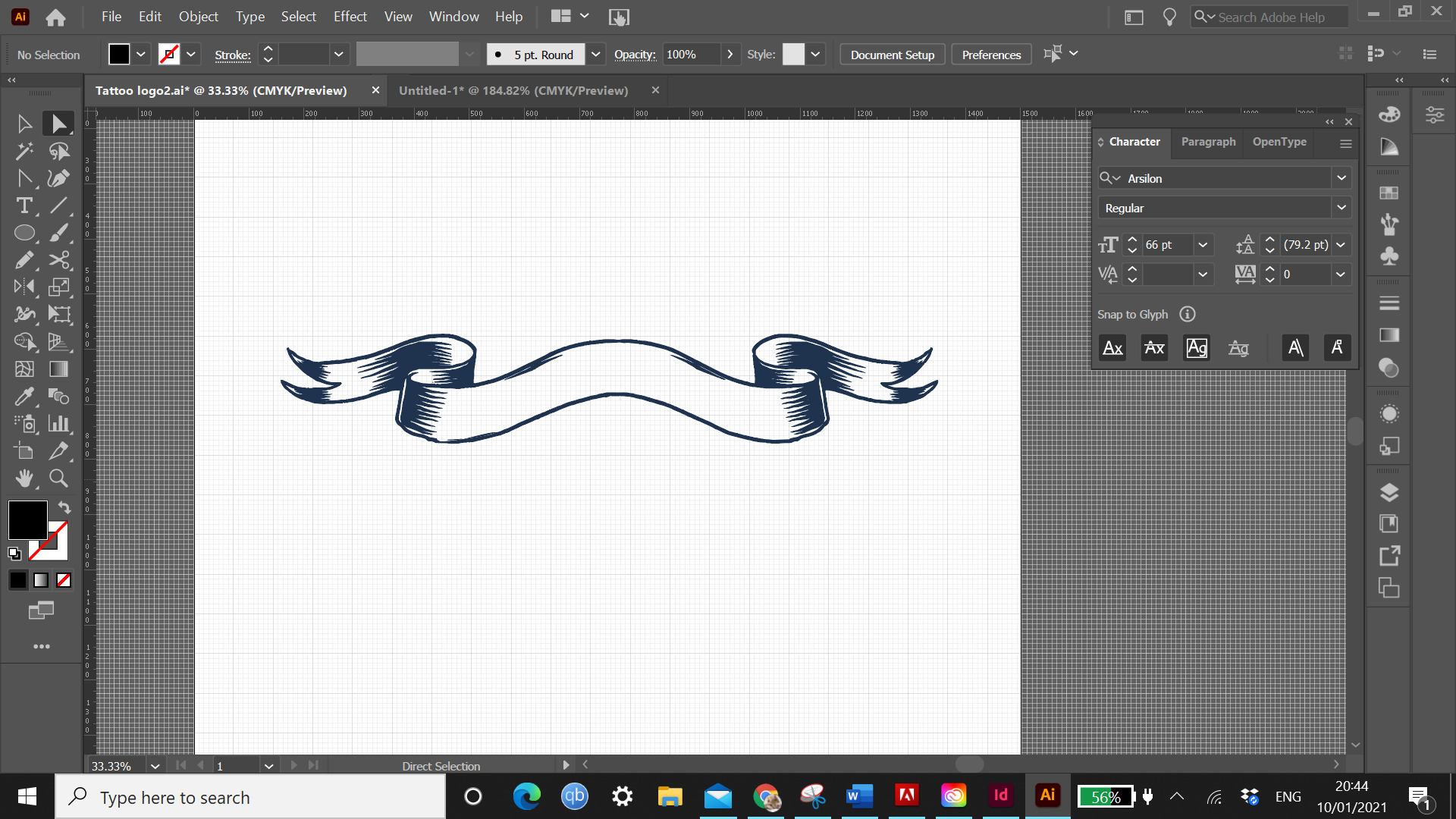 As @BillyKerr mentions in the comment above, once you have the type on the path,
you can check the help files for more options when working with Type on a Path.

As already shown by others Illustrator has a tool for placing texts along paths. That tool keeps the letters undistorted, they only follow the bearing of the path.

Placing texts on images of bent surfaces like yours can look better if they are distorted because they fit better into the geometry. To get it you can use the text as artistic brush. Unfortunately the text is no more editable in this case. In the next example the text is intentionally a little too long, but it's only to show the idea. 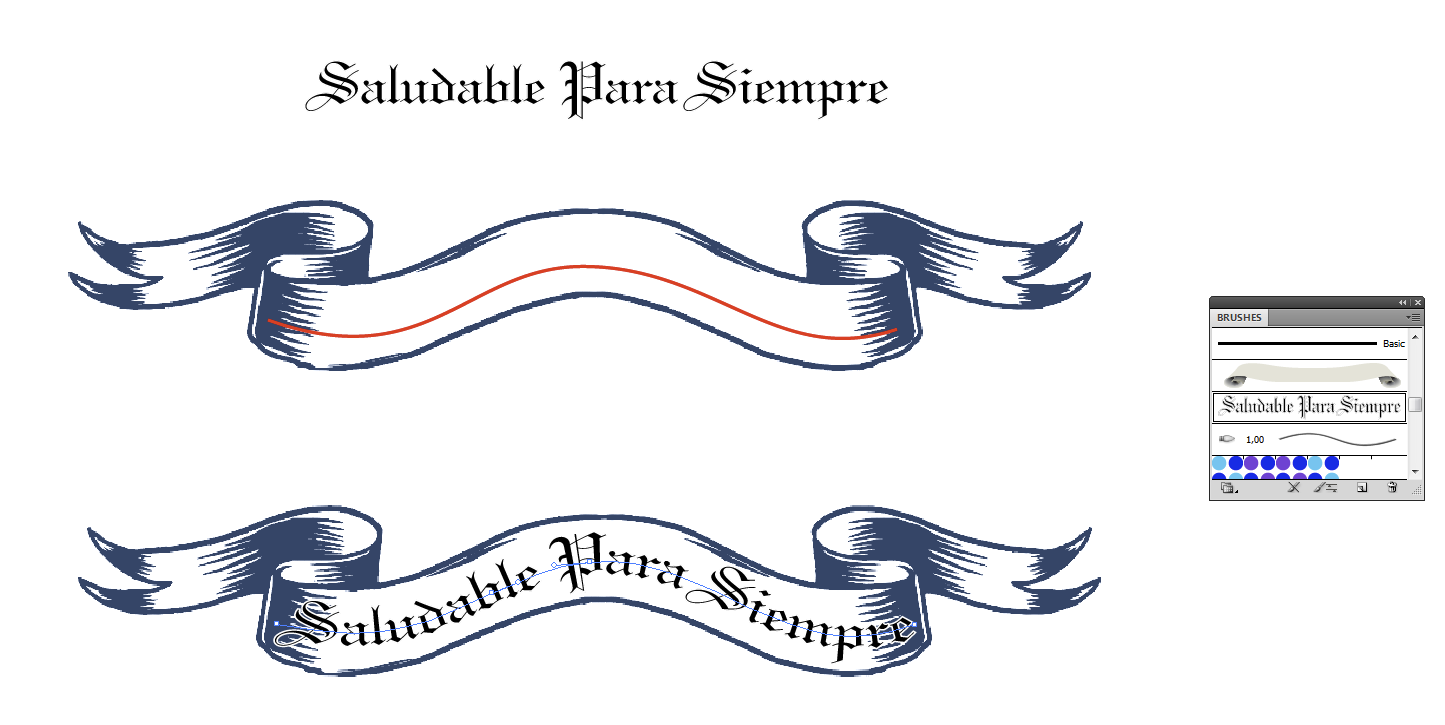 So, make a copy of your text, convert it to curves by applying Type > Create Outlines, drag the copy to the Brushes collection and define it to be an Art Brush.

Draw with the pen a path to be used as the spine of your text. It's color is meaningless.

Apply the new brush to the path. Tweak it with the direct selection tool for best look. You may need add a new anchor to get the curvature right, but try to keep the number of anchors low to keep things manageable. 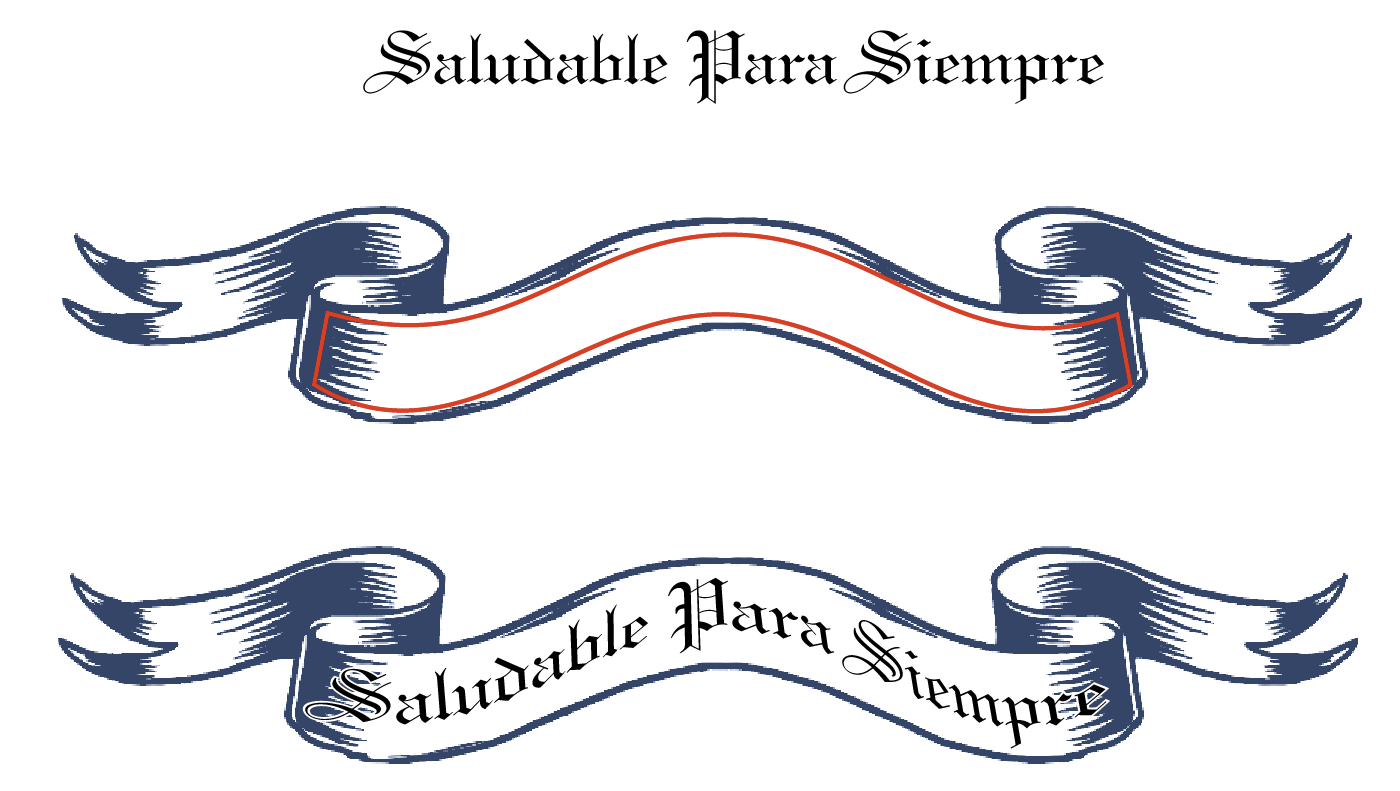 Just for information: Automatically perfect fit on a bent surface happens in 3D. Unfortunately making a 3D surface which after rendering to 2D image is the same as your banner succeeds only by trial an error - there's no method to do it automatically because infinitely many 3D shapes can look the same as 2D.

Here's one not so succesful attempt - very simple to make if one knows 3D elementaries, but it needs tweaks before it fits to your drawing. As an independent work it's of course perfect:

The surface was initially 2 curves, pulling a surface between them was one click and pasting a screenshot of my text was another click.

14
What are some good tips on how to extrude text in Adobe Illustrator?
1
How to add detail and grit to vector graphics?
2
Illustrator CS6 Pathfinder not creating one compound, expanded shape
5
Managing Assets in current Illustrator File
4
How do I create a bleed for a doughnut shaped design? (A Collar for a Keg)
0
Using photographs successfully in large format prints
0
How can I punch out shapes between multiple layers?