How can I make this typo effect? 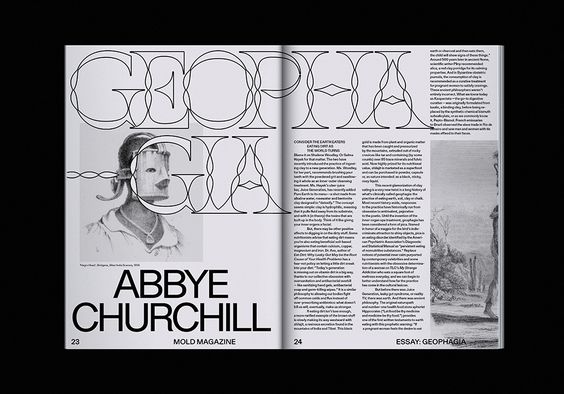 I want to make a work with distortion in the line of letters. What should I do?

It's a font named Gyrator

As explained on the Mold Magazine web site: https://fontsinuse.com/typefaces/44316/gyrator

Available from the Pyte Foundry: https://thepytefoundry.net/

I'm afraid you must draw it. I guess you are a beginner and you are not going to purchase ready to use font which has the effect (no idea is such font available). In case you generate it with a font editor you must still draw it + write a huge list of definitions about how programs should use the font to render texts.

You can get something a little resembling by editing the anchors (=nodes) of existing letters which are converted to paths (=Type > Create Outlines, Object > Ungroup in Illustrator). I made an example in Inkscape which has especially handy node editing tool for this purpose:

In the left there's a simple but ordinary C as text.

In the middle the C has got Object > Object to Path, the fill color is removed and a black stroke is inserted

In the right a few nodes is deleted and some others are only moved and a couple of handles are dragged to get more curvature.

Questioner's example has big brass horn like serifs at the ends. My starting point didn't have them, but they can be drawn like all other parts with the node tool: 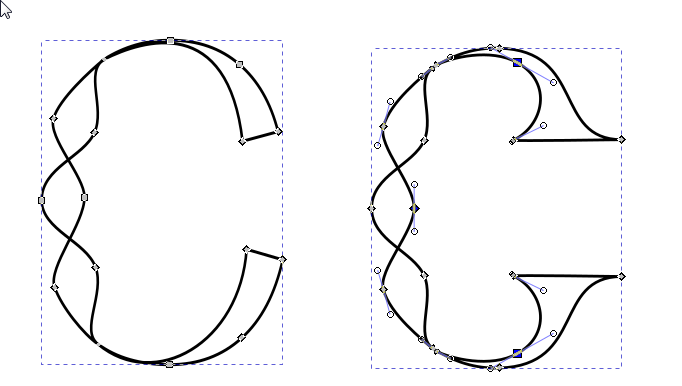 To keep it consistent through a line of text one can keep locked reference below the letter under editing. Select and lock objects easily in the objects panel. Learn also how the snaps work.

What makes Inksacape good for this: 1) no need to change the tool 2)deleting a node keeps the curve as unchanged as possible with the reduced number of nodes.

BTW, Inkscape has an inbuilt font editor. You can build a font by using your own shapes. The font type is SVG which isn't widely supported, but at least they work in Inkscape. Do not expect any advanced typography finesses.

They are using it for the entire magazine, so that's most likely a custom font, not an 'effect'. You can 'make' it just like any other font is made, using a font editing app and a great lot of time and font-making experience.