I'm very new to Inkscape and I'm trying to edit the SVG schematic of a brain which I've attached below. The outlines consist of separate brushstrokes. I would like to fill some of the gyri with red, so I would like to fill an area with red that is partially delimited by the outlines, but not everywhere. I've also attached a low quality example of what I want to achieve.

I think I probably have to convert some brushstrokes to paths and then connect nodes at the end of the paths to create the borders that aren't defined by brushstrokes? But I haven't managed to figure out how.

Here's how I would do it. 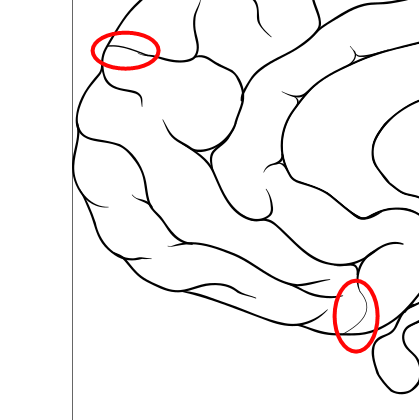 If you don't want these extra lines you made in step 2, then you can just select them and delete them afterwards. 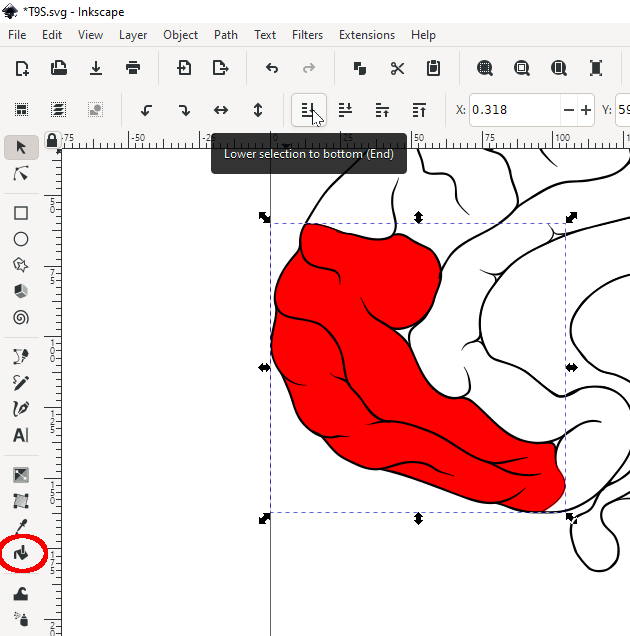 Not the answer you're looking for? Browse other questions tagged inkscape vector fill or ask your own question.

2
Colour defined area fraction of shape in inkscape
4
How to bucket fill area with a gradient in Gimp?
1
color fill segments of a path
2
Inkscape: bucket fill area enclosed by stroke
3
Fill many small gaps in Inkscape
0
Inkscape - How to reverse fill area and transparent area of an object?
1
Convert Dotted Stroke to Fill in Inkscape
0
How to fill non linear selection with some smoothness
4
Inkscape - How to fill a shape with this specific pattern?
0
Close shapes in Inkscape for Lightburn fill