i am trying to replicate this 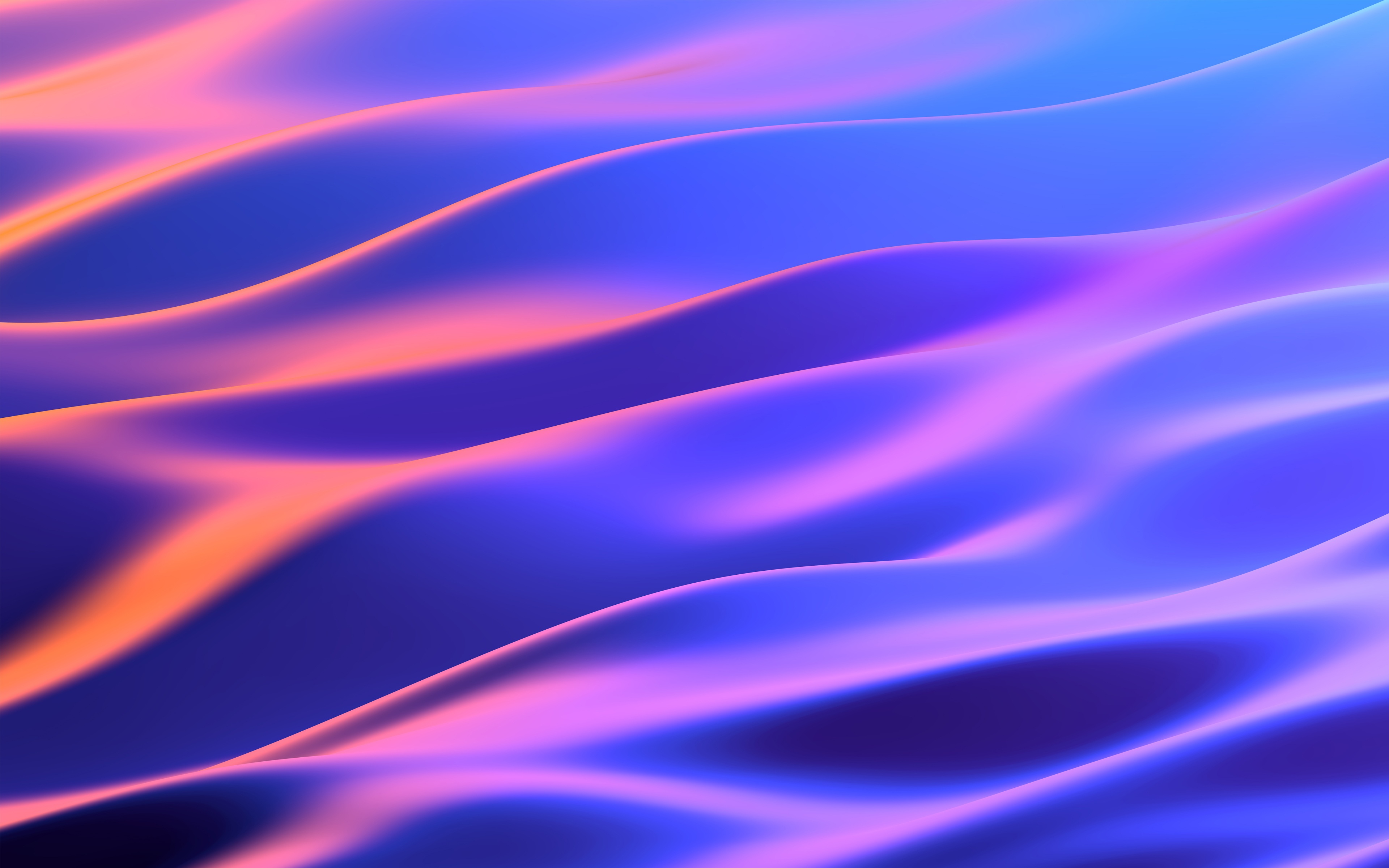 for learning purpose since i found it very eye-catching. So far i have tried both free form and mesh gradient without success. With mesh gradient, i am able to create highlight sharp edges but find it difficult to create shadow area. It goes the other way for free form gradient. So is there any tip or trick for this ? Thank you

One thing that your image has is a Fresnel texture, which gives it an "iridescent" look.

The fresnel is a property of a material that reflects the light depending on the viewer's angle.

So this is done in a 3D program like Blender.

I am linking to the Unreal engine's page to show you the effect and a link to Blender's node.

Here is a material setup that can help you: https://blender.stackexchange.com/questions/1605/iridescence-in-cycles

Actually you are quite close. You seemingly can draw a matte wavy surface seen in 2D. Unfortunately satin reflects light in a complex way which is very different than what matte surfaces do - your too simple diffuse shading must be fixed. It can be done in Photoshop.

I have imported to Photoshop an elementary 3D surface. It's made in few seconds with loft-function in a CAD program. The surface has the edge curves and one intermediate curve. Photoshop got it as an OBJ file.

As well one could paint or draw it in 2D. I'm not a talented painter, so I used a shortcut to get quickly something to be shown: 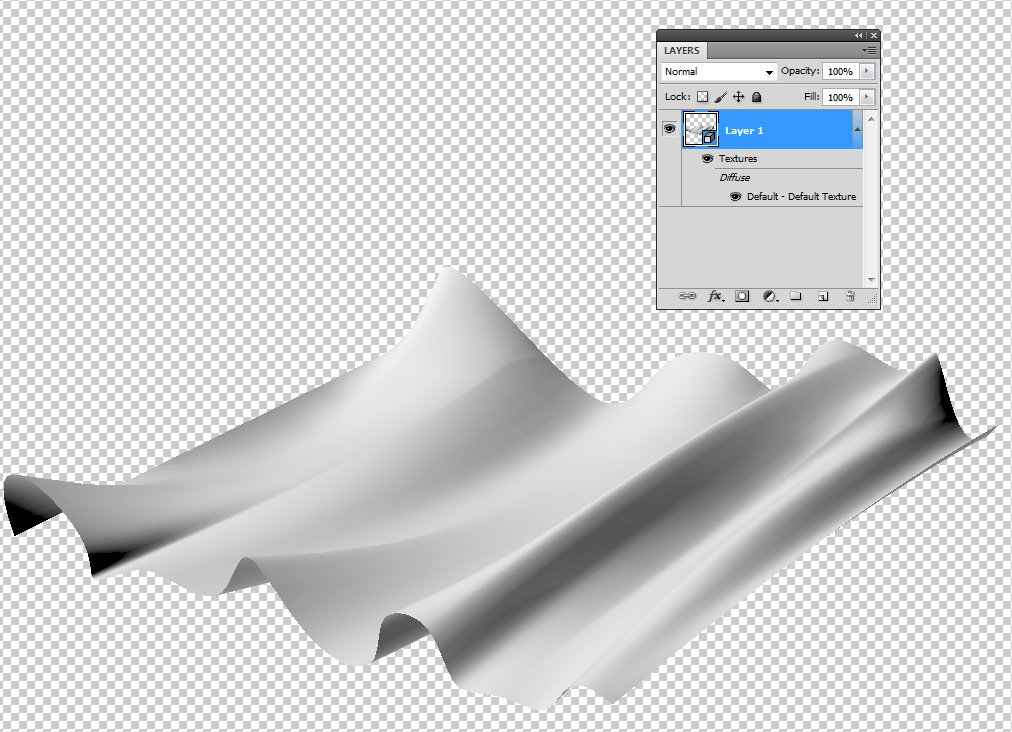 The surface is grey. Photoshop's 3D is used to direct the light for good contrast but without large contiguous single greyshade areas.

You can use your own RGB image, only desaturate it. If possible try to avoid large contiguous areas where the brightness is the same. Good effect needs that there's plenty of area with gradients.

Then becomes something which resembles the metallic light effect that satin generates, but in BW: 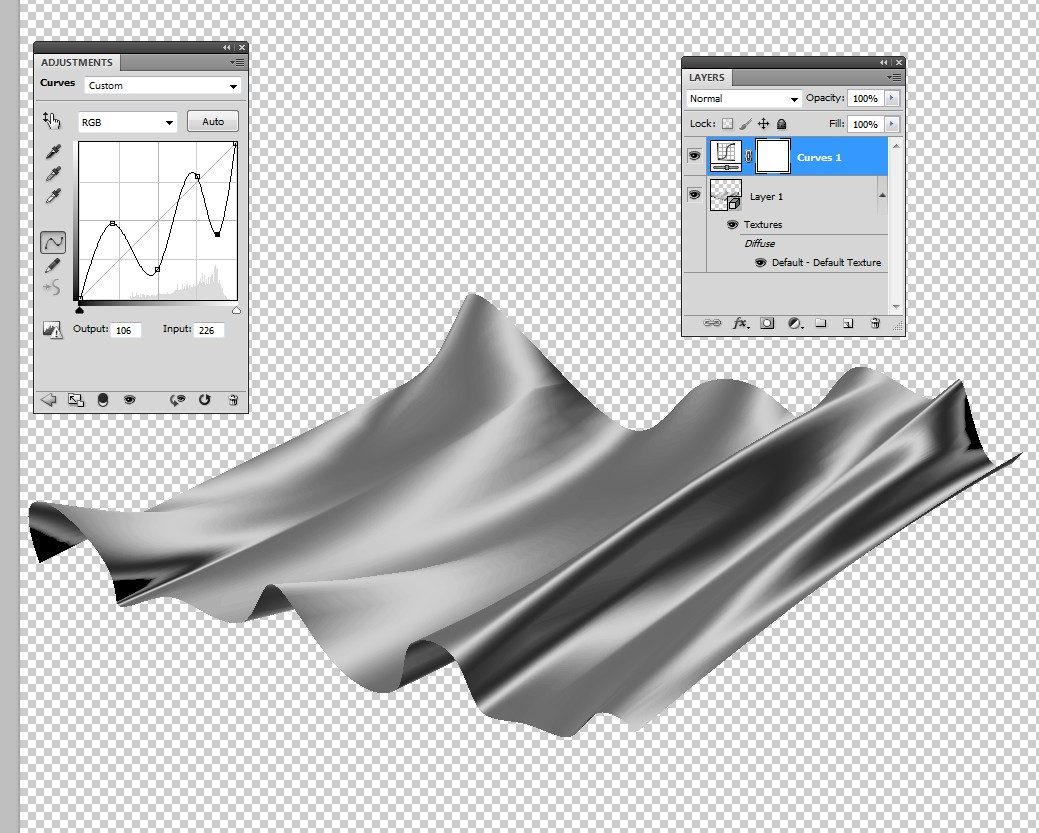 The trick is to make partial brightness scale inversions with curves adjustment layer and a bumpy curve. It's like solarization in photography, but in Photoshop you have much more freedom and no contrast flattening problems.

Satin also glows in different colors. You can fake it with a Gradient map adjustment layer:

I had only 2 intermediate colors. A piece of real satin in front of eyes would be useful to find best adjustments. I skip it.

ADD: CAD programs are not optimal for making bent and folded fabric or other complex natural forms. Something which is made for artists is better. Others have already suggested Blender. If you can easily adapt yourself to use really complex software (Solidworks is one) you may also learn Blender in reasonable time. It has Physics simulation which calculates how fabric settles when it's thrown to somewhere. I guess (=cannot use properly) that no Photoshop postprocessing would be needed if the material and rendering are defined right.

Not the answer you're looking for? Browse other questions tagged adobe-illustrator software-recommendation or ask your own question.

2
Creating 3D halftone wavy effect using any tool
3
How was this wavy line text effect made?
0
How to produce a effect like this? Illustrator Distort Effect
0
How to achieve wavy text effect on Illustrator
2
How to quickly create satin fabric in illustrator？
0
Make text follow a wavy line illustrator