How does the Isometric system in Affinity Designer work? 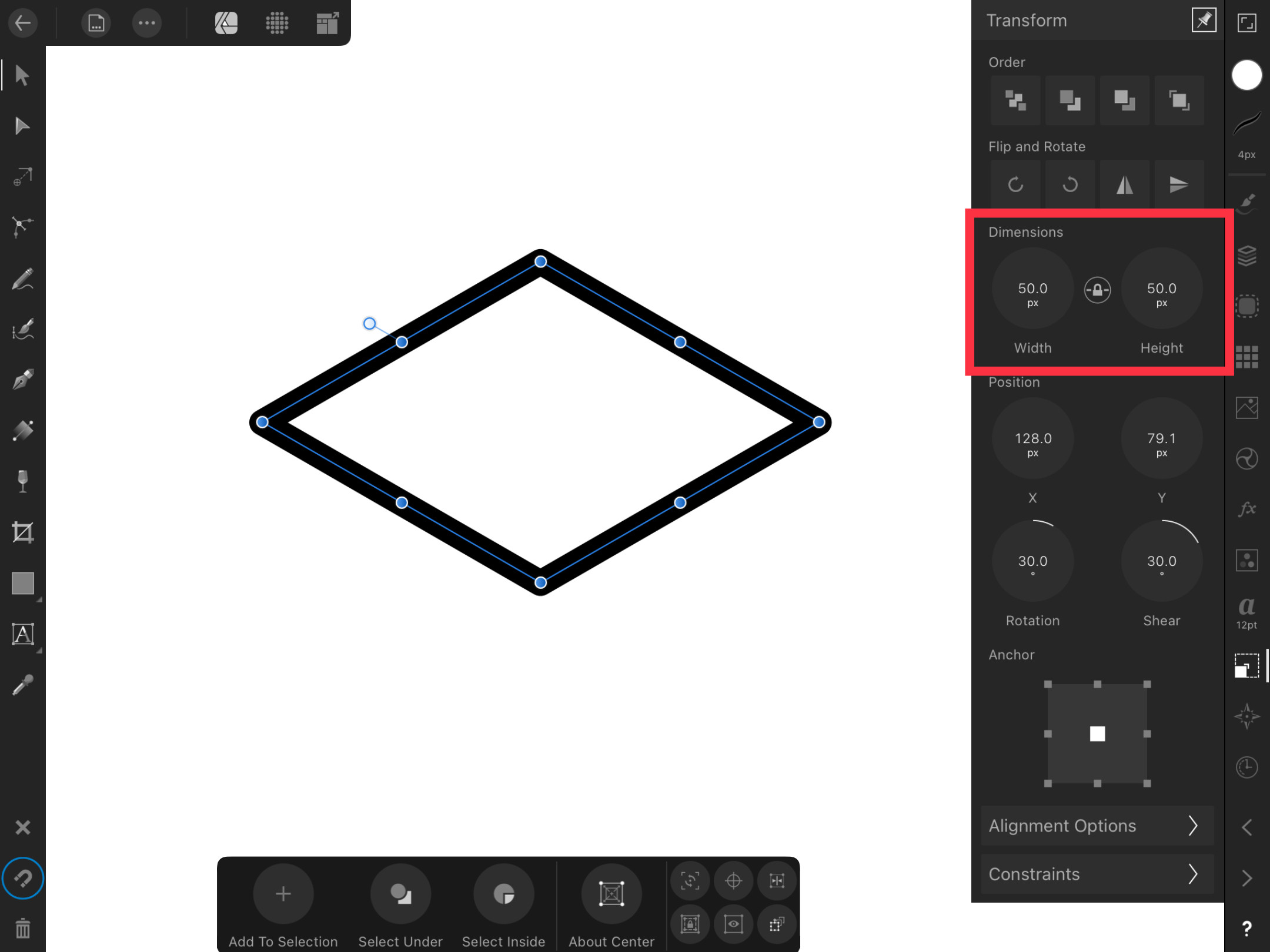 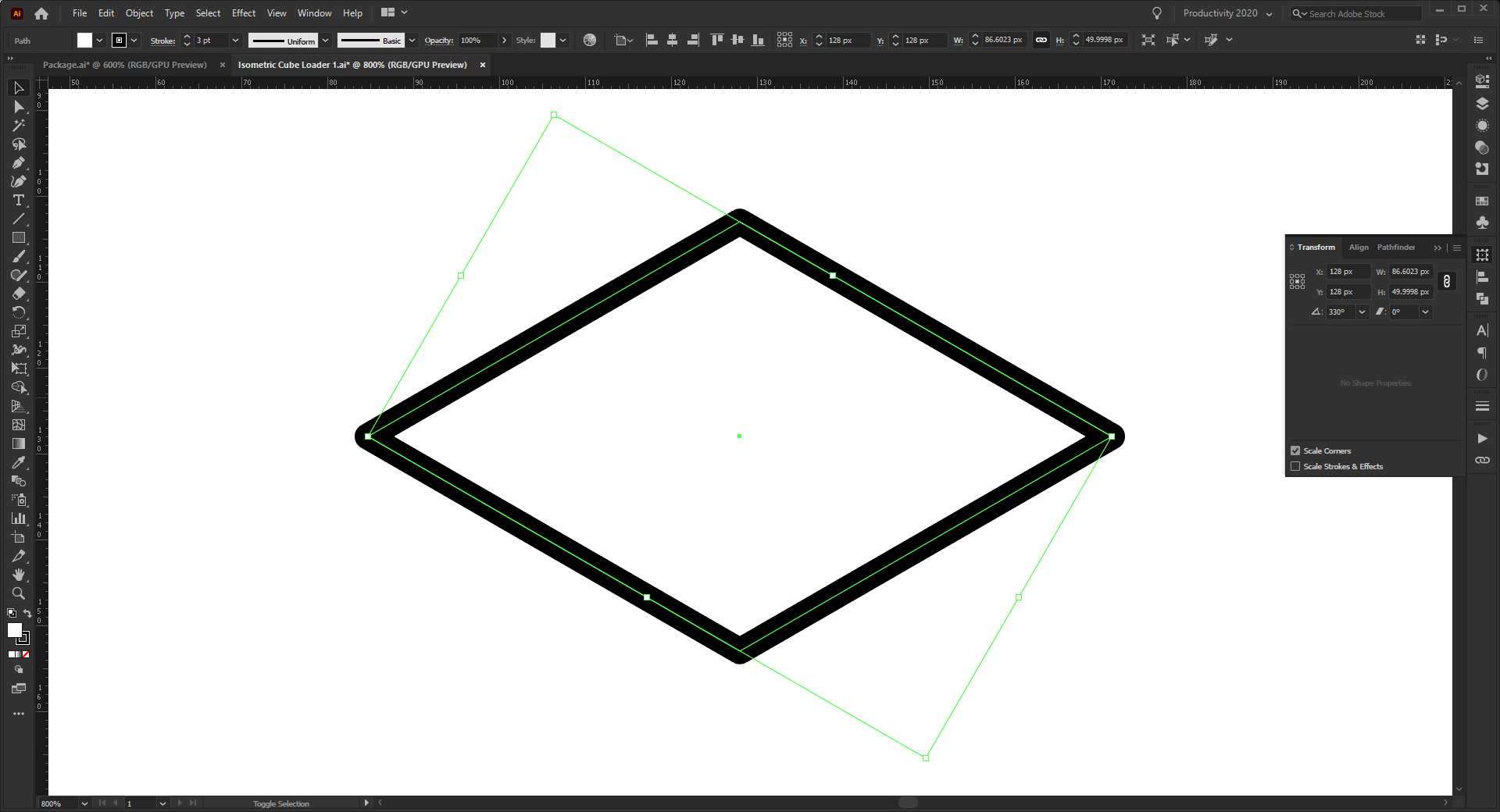 Even when I do the SSR method in Affinity the resulting objects still keep their 1:1 ratio. So I am just curious to know how the inner workings of the isometric system work within Affinity.

This is essentially a free action for a programmer, just a question of how to build the gui for it. What you actually do is make a skeved cooridate system (transformation matrix)

Illustrator has a damaged way to handle transformation matrices. Mostly because Adobe likes to make sure they dont exist to users. As it happens adobe ignores skew of all matrices when displaying values. Presumably because this is confusing to users to have nonorthogonal bases. The data is there it just dont want to tell you this.

This is even true in affinity in general. Would have been much much better if they had just taken the playbook from DCC apps and actually showing the transforms as actual dataobjects (and while they are at it make tangent just points with filters). But as it stands all 2D editors choose to hide a very useful technical property, although inkscape atlrast lets you acess the raw values. If they would then you wouldnt need to womder about this when you make other axonometric transforms that arent isometric, like ones for isometric shadows.

PS: I supose it was a good idea in late 1980's. But stuff has become way more technical since then and today users would benefit from raw data access. Especially since they will see it in webdev anyway.

PPS: it takes about 20 lines of code to change a tool like illustrator or affinity to actually support 3D coordinates. A thousand to add z sorting add clipping so the fact that affinity can not do true rotatabe isometrics is a decission

Illustrator gives the size only as apparent height and width. Illustrator doesn't care nor know that your drawing can present objects in 3D space. Illustrator knows only one plane (=the artboard).

Illustrator knows 3D only in a certain case: 3D effects can hold one object at a time in 3D space and that happens just when the effect is adjusted. Before and after it the object is a planar shape on the artboard.

Affinity D creates for you three different grids which are the rectangular grids on XY,XZ and YZ planes projected onto your artboard plane. You have no actual 3D depth, but drawing along those projected girds can create fake parallel 2D projections of 3D objects. All parallel planes are projected equally to your artboard because there's no perspective, so it's enough to have only the projected grids available on the artboard.

Actually one projected rectangular grid would be enough for drawing in isometric projection, but Affinity D gives to you all three for convenience. They all are needed if the projection is other than isometric. You see the grid of the current "working plane".

If you change the projection the already drawn parts do not adapt, they are only flat objects on your artboard.

Affinity D calculates the dimensions of the drawn objects as real 3D dimensions and shows the selection boxes as SkewedScaledRotated rectangles instead of the usual horizontal boxes. To make it happen you must have the selector tool option "Cycle Selection Boxes" =ON. 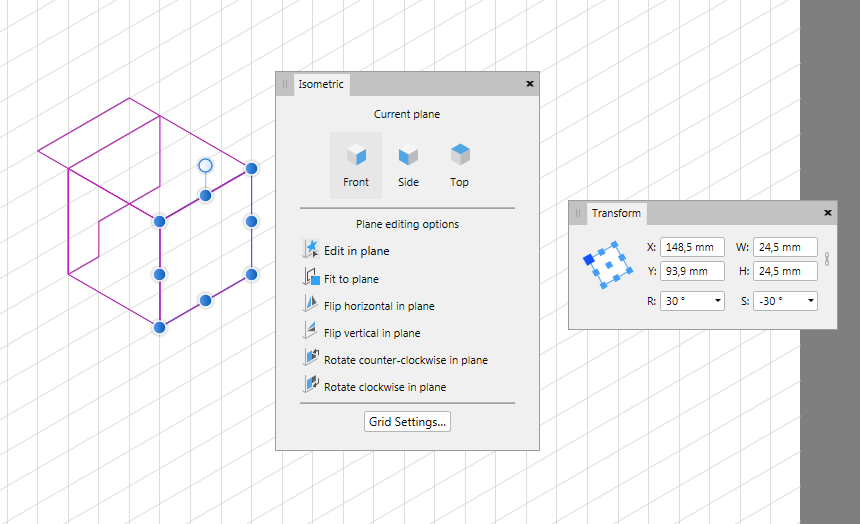 BTW. Option "Cycle Selection Boxes" is harmfully switched OFF as soon as you change the working plane.

Not the answer you're looking for? Browse other questions tagged adobe-illustrator affinity-designer isometric or ask your own question.