The shadows and the textured background. I have been trying to work on the adding noise in solid colour but have not been able to get the exact texture like this. 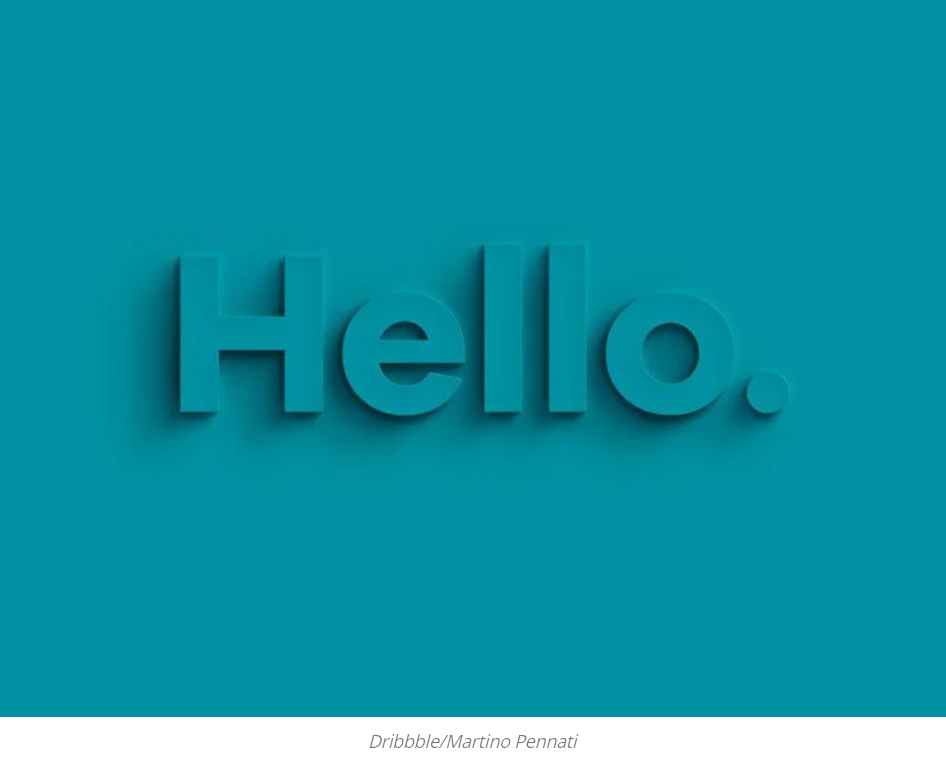 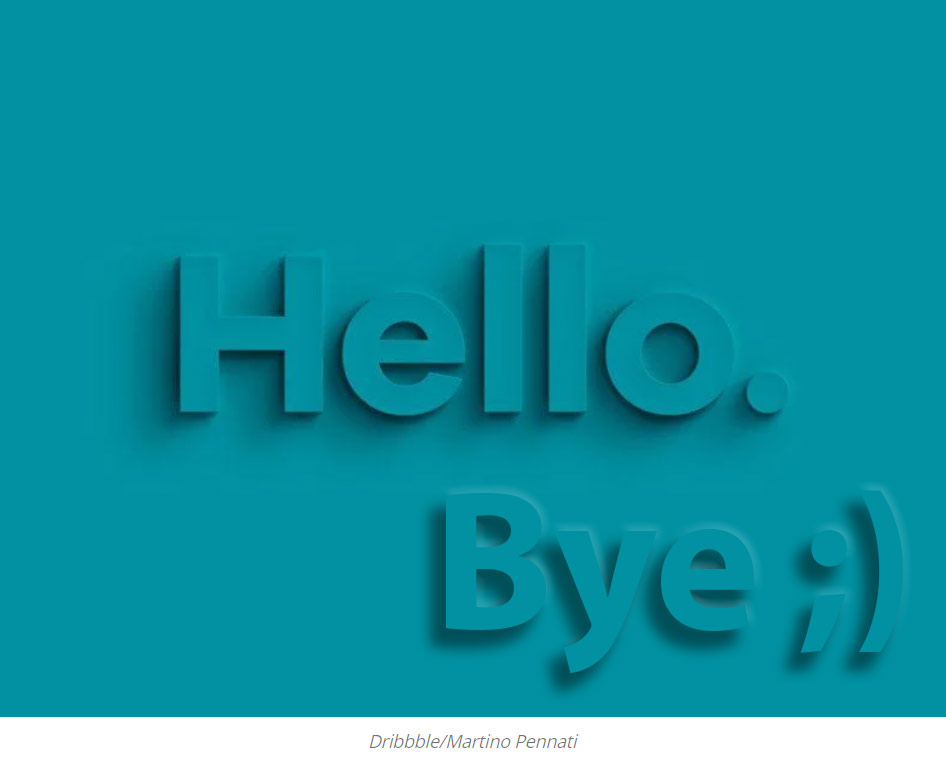 I've made no real attempt to match with absolute accuracy, just to hint in the right direction. This took a whole 3 minutes. (If I'd thought about it a little bit longer, I'd have put some of the shadow back into the emboss & perheps 'dented' the flat text surface too, to get that slight vignetting I can see in the original.)
I'd consider the 'texture' in the original to be jpg noise. If I save at lower quality, then my layer starts to look like the original, but the original gets even more distorted. 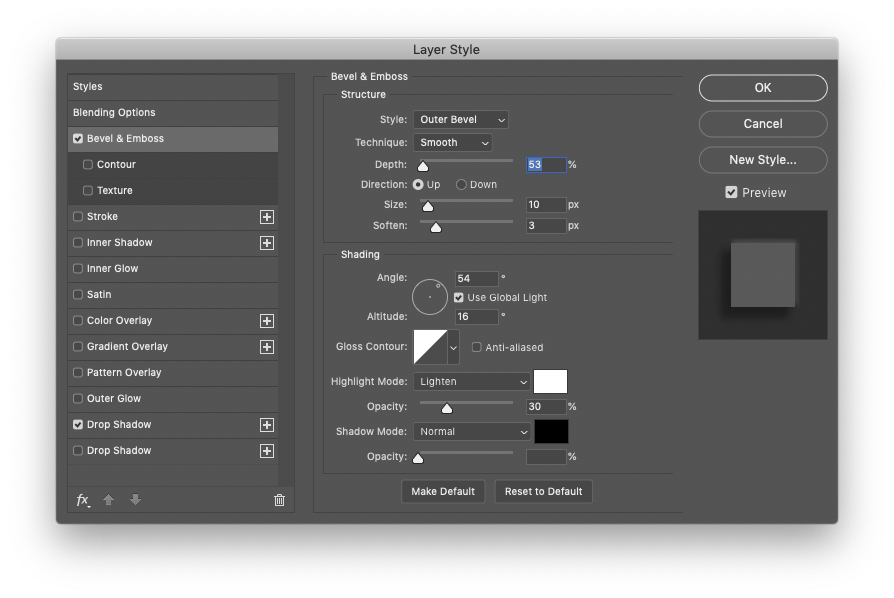 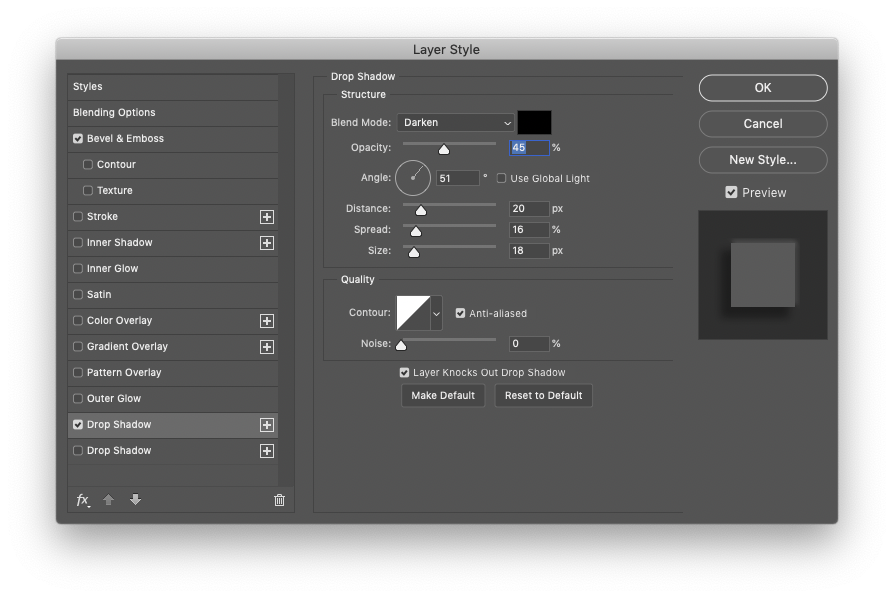 Something resembling is easy to put together in Illustrator. No 3D effects are needed for this: 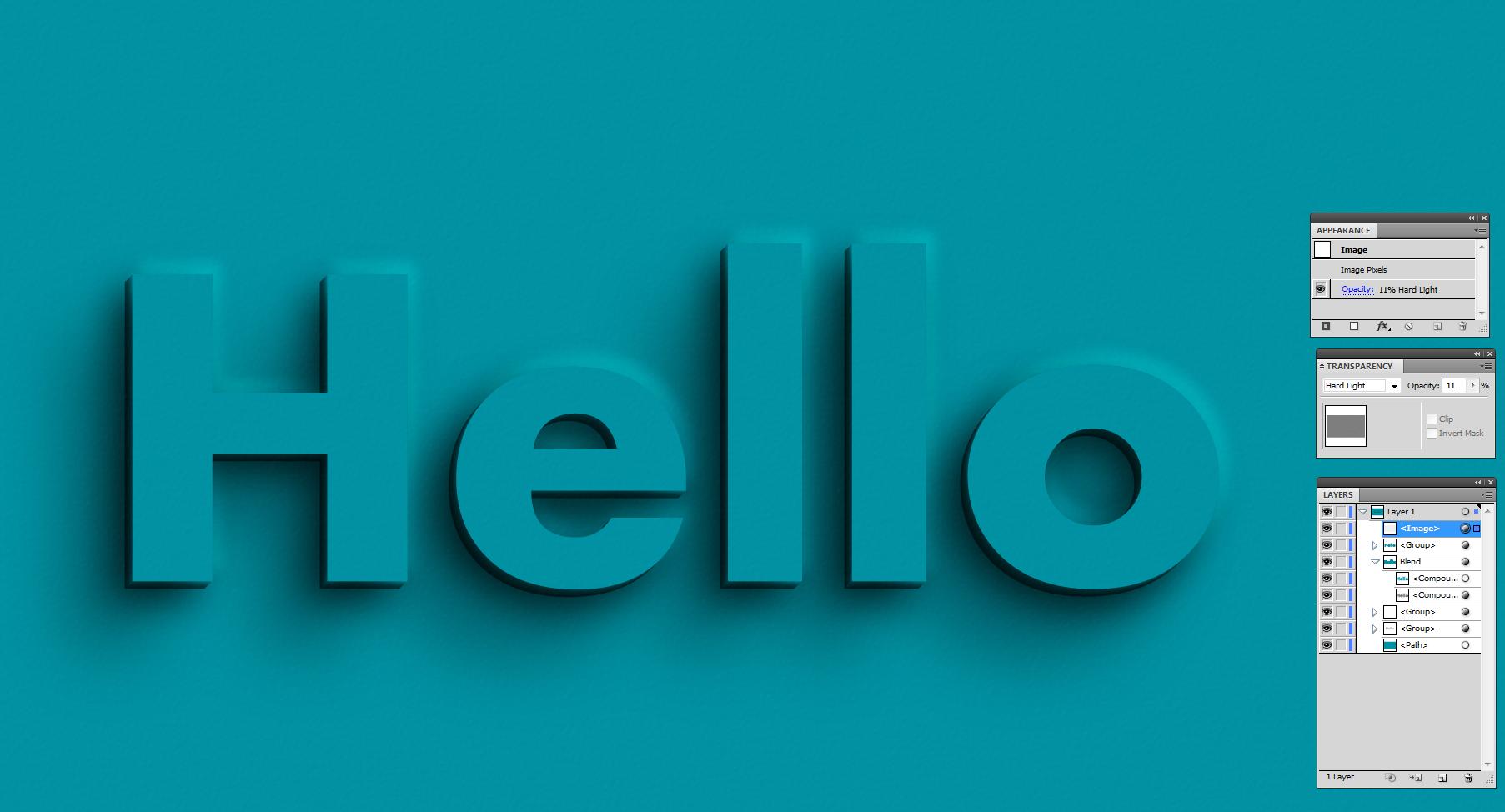 On the top there's a texture bitmap image. It's made in Photoshop by inserting noise to solid grey, blurring slightly and applying Filter > Stylize > Emboss to make it look coarse surface. In illustrator it has blending mode Hard Light and low opacity. No guarantee it's the same as in your image because JPG compression artifacts and low resolution blurriness cover much detail. Actually I'm not sure is there any texture image at all, but my version with 100% opacity is this: 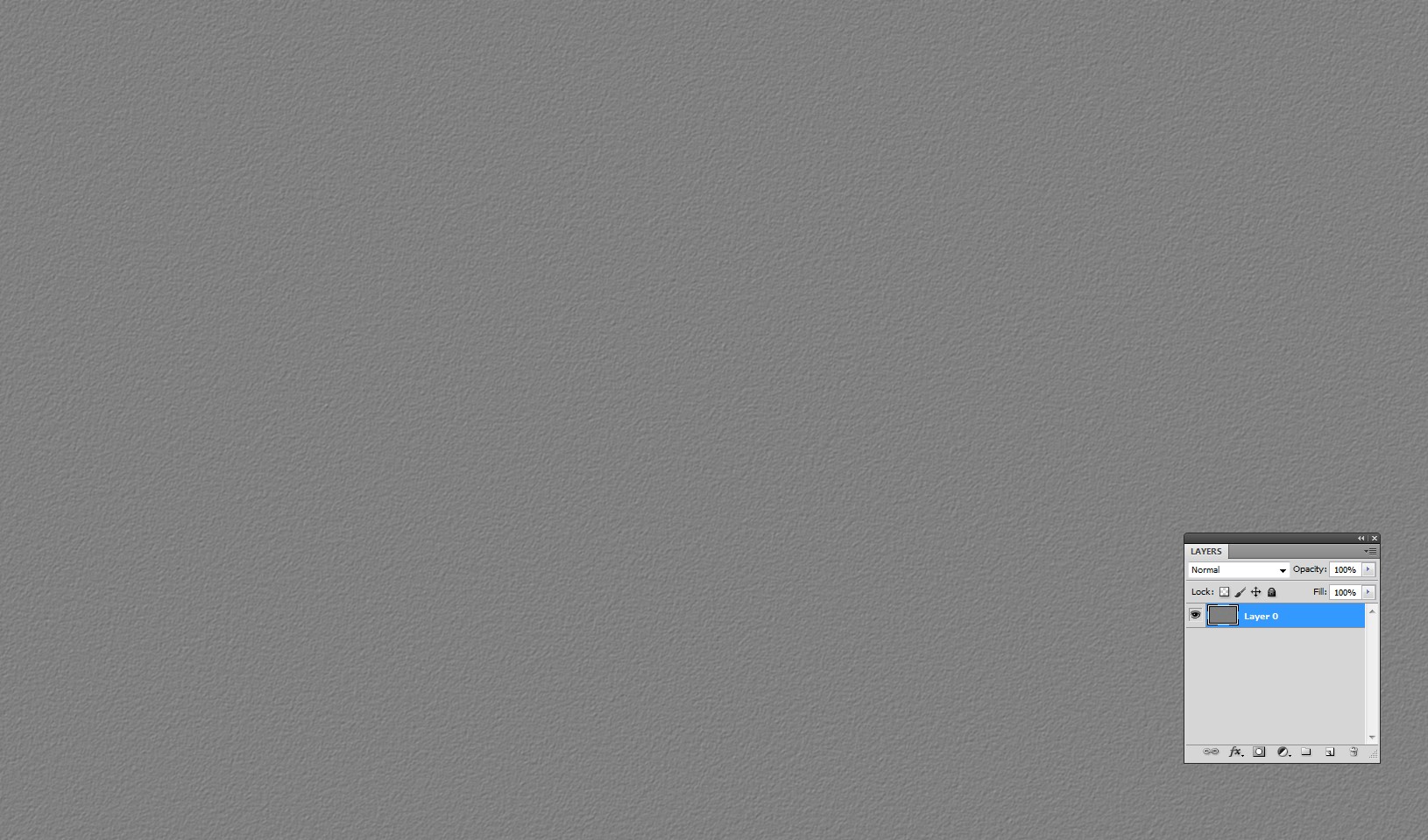 The texture is removed in the next image.

In the bottom there's a background rectangle (=Path). The rest of the items are different copies of outlined text "Hello". In Illustrator Type > Create Outlines makes groups, which is generally useful because otherwise the parts would easily get moved apart.

The 2 items just above the background are

In the next image the background, the reflection and the long throw shadow are removed: 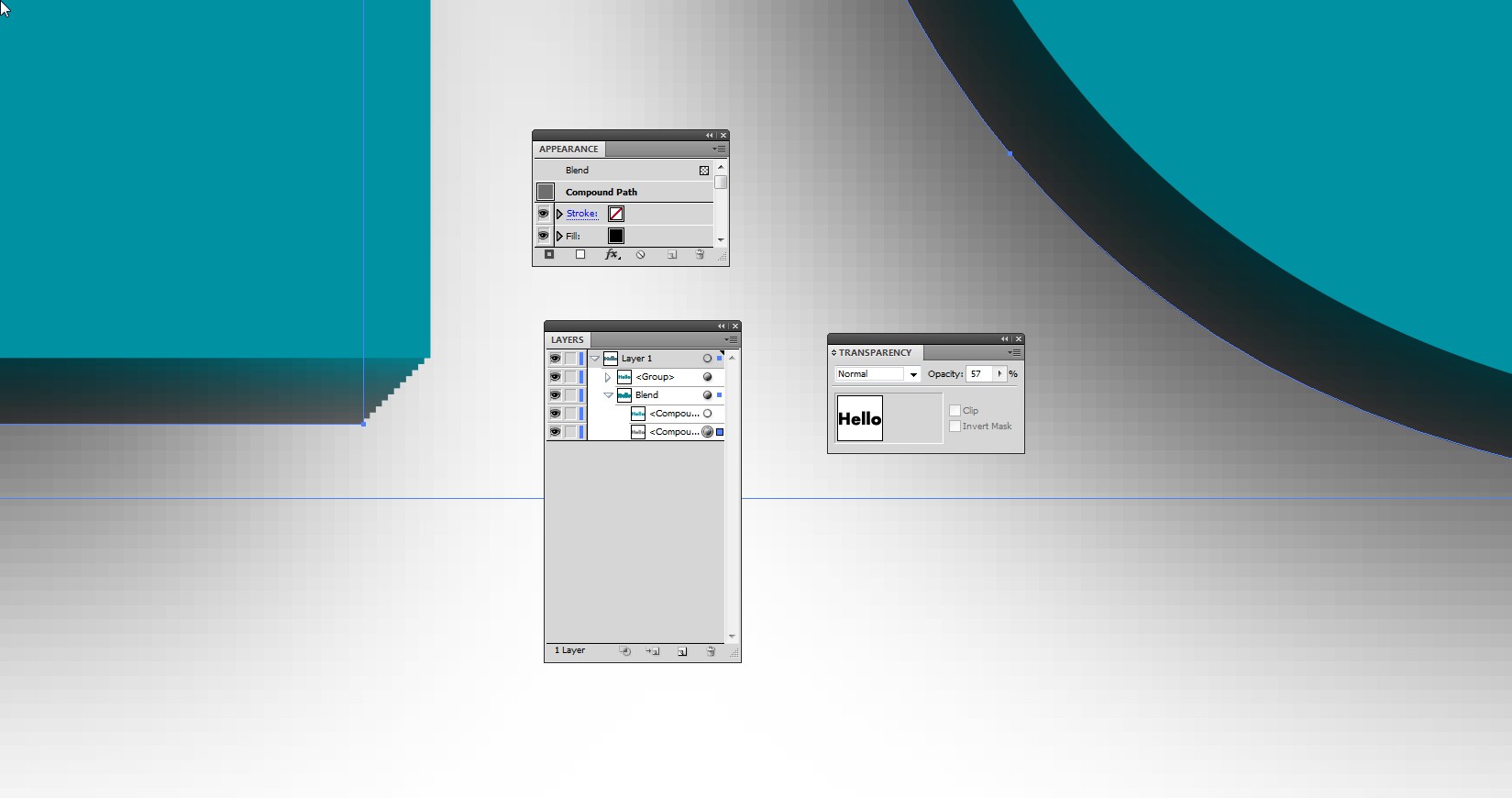 The apparent thickness is a Blend between teal and black versions of the text. There are only 10 intermediate versions. The black bottom has reduced opacity to make it look less offensive. The blended texts are not groups. I ungrouped them and made compound paths because blending groups can generate unpredictable results.

Blending with option "Continuous color" inserts in the fly as many intermediate versions as needed to fade the steps, but that makes easily Illustrator slow, so my blend has "10 steps".

On the top there's a teal version of the text with drop shadow effect. In the next image only it is left:

Not the answer you're looking for? Browse other questions tagged 3d drop-shadow graphic-styles noise or ask your own question.

1
How to do material design effects in GIMP
3
How to create a shadow like this corel?
1
How to get a grainy/dithering effect on drawings?
5
Photoshop: how to recreate this uneven noise effect?
3
Can I achieve shadows like this using layer styles?
0
Noise around clouds and strange lines
0
Can black and white noise texture images be copied exactly as the original from print?
3
How to make an overlapping shadow effect on one side in illustrator
0
remove structured, 'honey-comb'-like noise from histology picture