How to pick a fitting typeface for the title of this graphic?

This is a map of topics that I cover in my project. The current typeface of the title is Androgyne, a script one, because I feel that the yellow background theme is a kind of evoking an emotive feeling. 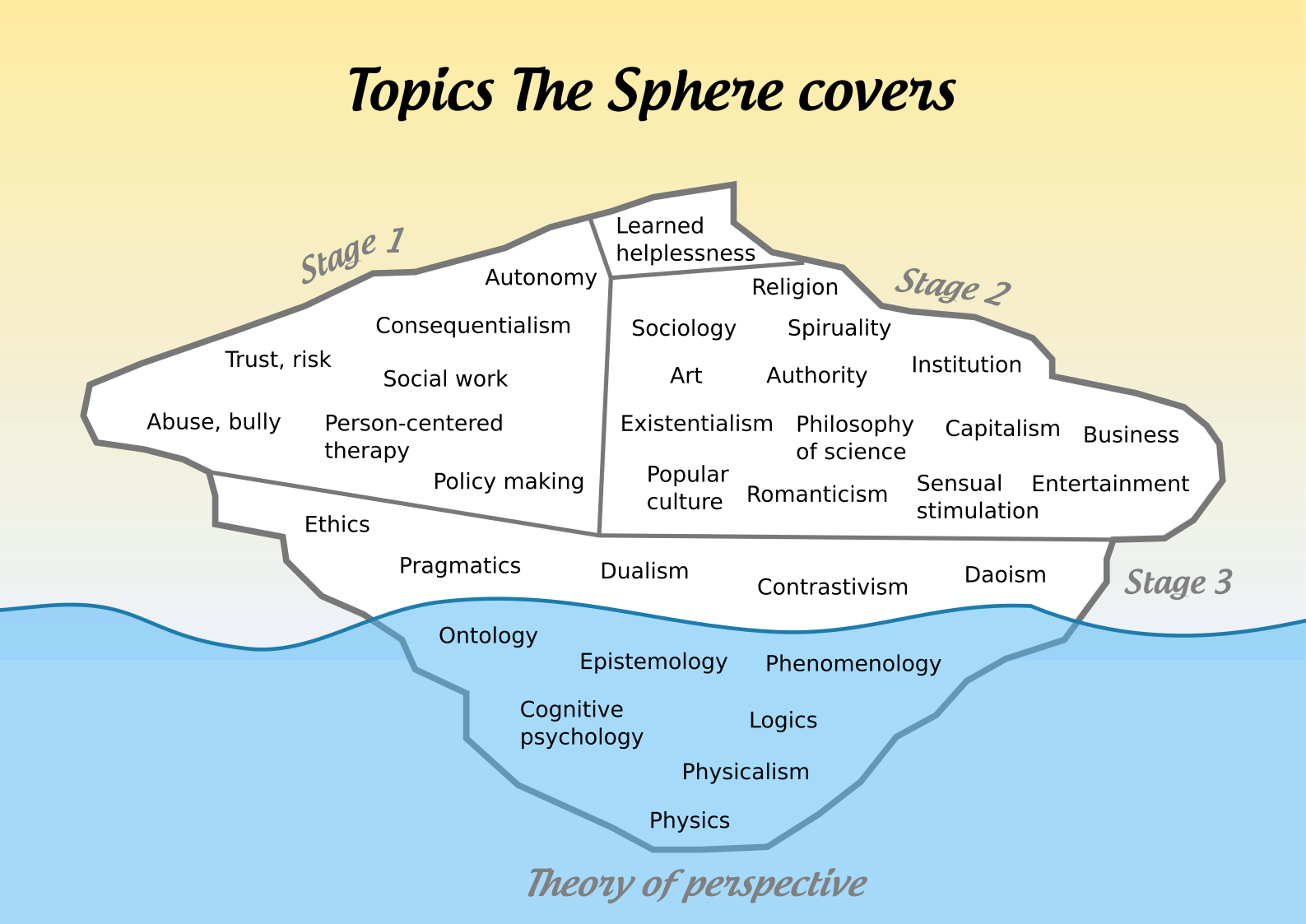 However, a critic says that:

First, script in the title is generally harder for people to read and some fonts just make that worse. For example, in your main title, "Sphere" looks like "Sphene" due to the cursive bend in the lowercase r. Finally, script fonts are a mess to properly kern. Most pros I have seen use script effectively actually use either their own or someone's handwriting to nicely write out the content and digitize that. Second, script typography helps to support the content in theme. For example, think of what a wedding invite that has script literally all over it. That makes sense, but if you were to open a geological survey map and script fonts were used all over it... the support and the legibility is gone. There are uses for script, but note here.

I agree with that advice in general, and agree that the letter “r” is troublesome. But besides that, I feel the typeface in general fits the theme (which I haven't found a word to describe it yet). So assuming the letter “r” is fine, can you suggest more critiques to this? Do you have any suggestion for a replacement?

Related: Given a set of surrounding colors, how to find a good color template?

I don't think this is enough for a real answer, but it feels like it shouldn't be a comment…

The main issue is I don't know what it's trying to tell me.

Until I read the reddit page I thought it was a beach & ocean map segment.
Aside from the fact that an iceberg looks weird with a sunny desert sky, they're rather famously 9/10 underwater.

The fonts should complement the topic. It's a serious topic, don't make the fonts look like a poor-man's comic sans; it really did take me a minute to figure out what "sphene covens' was meant to be.

If you're building a pyramid of learning, it starts from the bottom.
If you are building a serious map of skills/education topics, don't make it look like a random pile of buzzwords. Attempt some kind of visual linking.
At its simplest, compare to the pyramid of competence 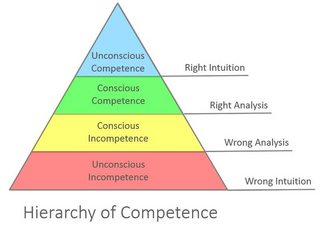 Not the answer you're looking for? Browse other questions tagged critique typefaces script-typeface or ask your own question.

0
Given a set of surrounding colors, how to find a good color template?

11
How can I change the default typeface in Indesign?
3
Problems looking for a specific sans-serif typeface
1
What is this typeface with a very high A crossbar?
0
Is Typeface and Type Family the same thing?
5
What is it called when all the characters are typed out for typeface examination?
1
Are there typefaces designed to fit inside one another?
1
Font Identification for script typeface from embroidery
0
Does anybody know this typeface?