While working with figma I frequently needed to add white space between the two elements such that all elements below these two elements should also shift down.

To explain better I have created a picture where first layout has three rectangle spaced by 50px. (see original Layout)

Now when I add 50px more between red and blue rectangle, the space between blue and green rectangle won't retain and they will be stacked over one another. (see Actual Layout)

but what I wanted is upon adding space between red and blue rectangle the space between blue and green rectangle should be maintained which is 50px. (see Expected Layout) 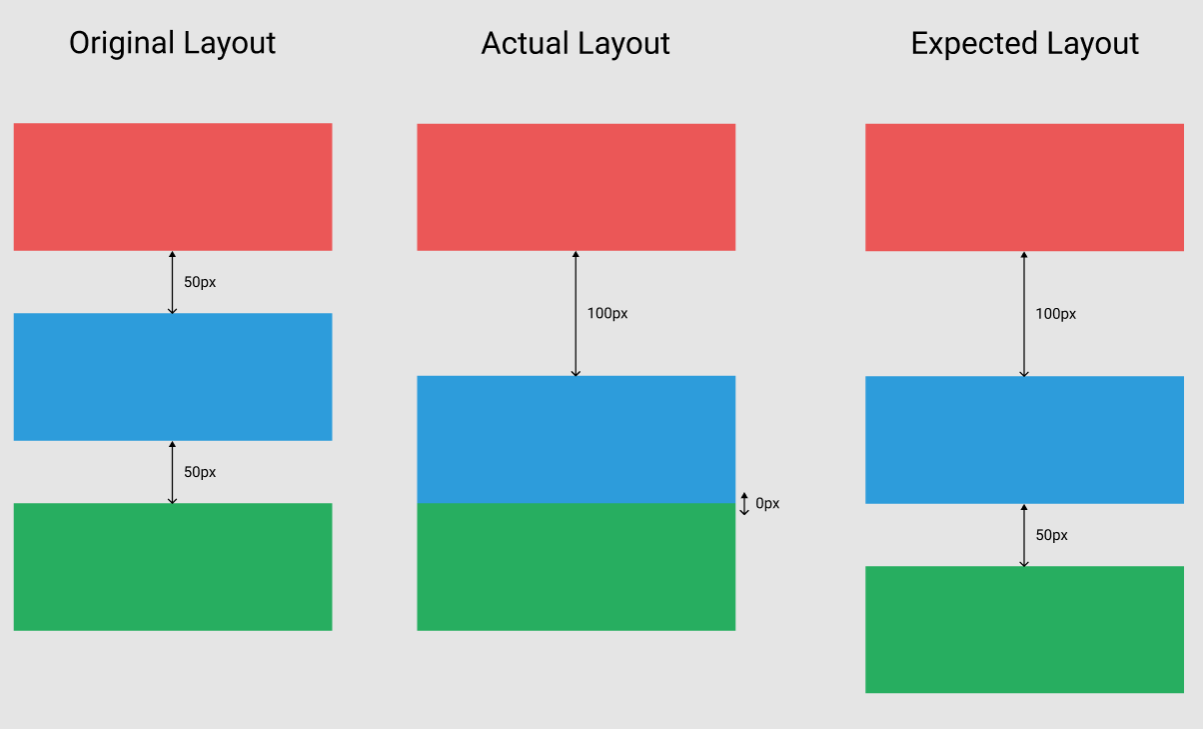 I wanted to know is it possible and how otherwise I have to select multiple elements and shift them manually whenever I want to add space between two intermediate elements.

there is no feature to set a fixed space between objects at least you are using an auto layout and that wont fix your problem where you want to move specific amount for every object. Auto layout is meant to create things such buttons, galleries, menus...

The most common way of doing this is just create frames. If you have to move down a group of elements, frame them selecting them and ⌥ Option ⌘ Command G for mac, or windows equivalent Ctrl + Alt + G.

Not the answer you're looking for? Browse other questions tagged white-space figma or ask your own question.

8
How Should One Modulate White Space?
5
SVG file excessive white space
2
Trimming AI file white space
3
Illustrator: extra white space when exporting to PNG
0
How can I minimize the space between the text and footnote rule?
11
How do I join two paths in Figma?
3
What exactly is white space?