Selecting glyphs of font based on previous and next char, aka "continuous ligatures"

I'm currently thinking of designing a new font prototype, whose specificity is to adapt each glyph based on the previous and next character.

The idea is to split each glyph in two parts, "left" and "right"; with optionally various versions for each. Composition would then select the left part based on the previous character, and the right based on the next. The final glyph would be the union of both parts.

For example, for buiding the letter a on some font: 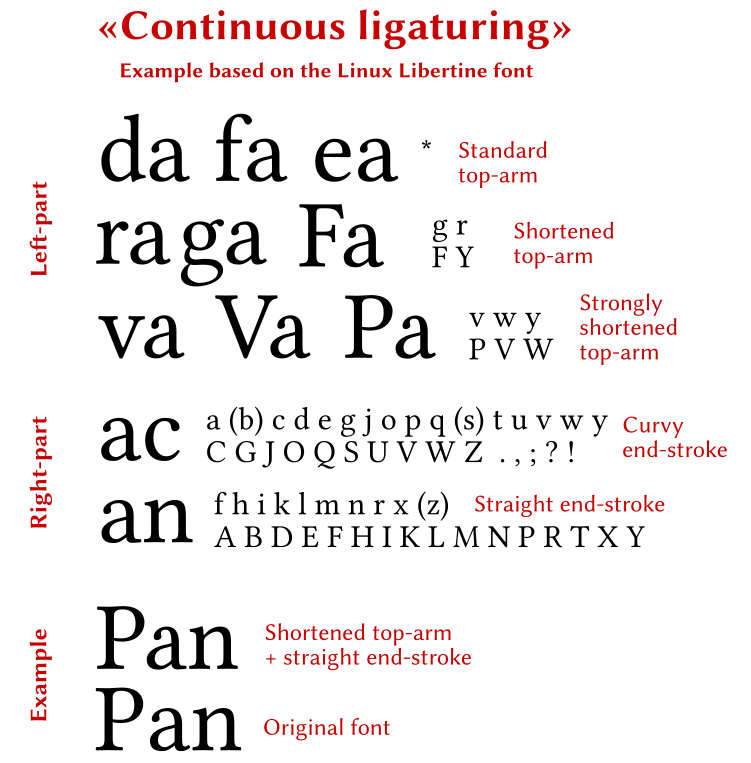 In this example, the lowercase a would have 3 left versions (short / normal / long top arm), and 2 right versions (curvy / straight downright final stroke), so in total 6 glyph versions.

I would call this concept "continuous ligaturing".

My question is thus two-fold:

9
How does random choice of alternate characters work in OpenType fonts?
3
How to copy a character from Font Book on Max OS X Lion?
3
Creating final forms with FontForge
4
How to split path of characters into partial elements?
0
How to Create Compound Characters Inside a Font
0
How to activate a crossed out character described as "surrogate high, non private use"?
2
Identifying font similar to Univers that has this slightly different lowercase character `a`