i started learning how to create isometric illustrations. The first step is the isometric grid to work better.

Is there a standard/right/true way? I found different tutorials and was a bit confused because i thought there's mathematically just one true way.

A "strict" isometric grid would be 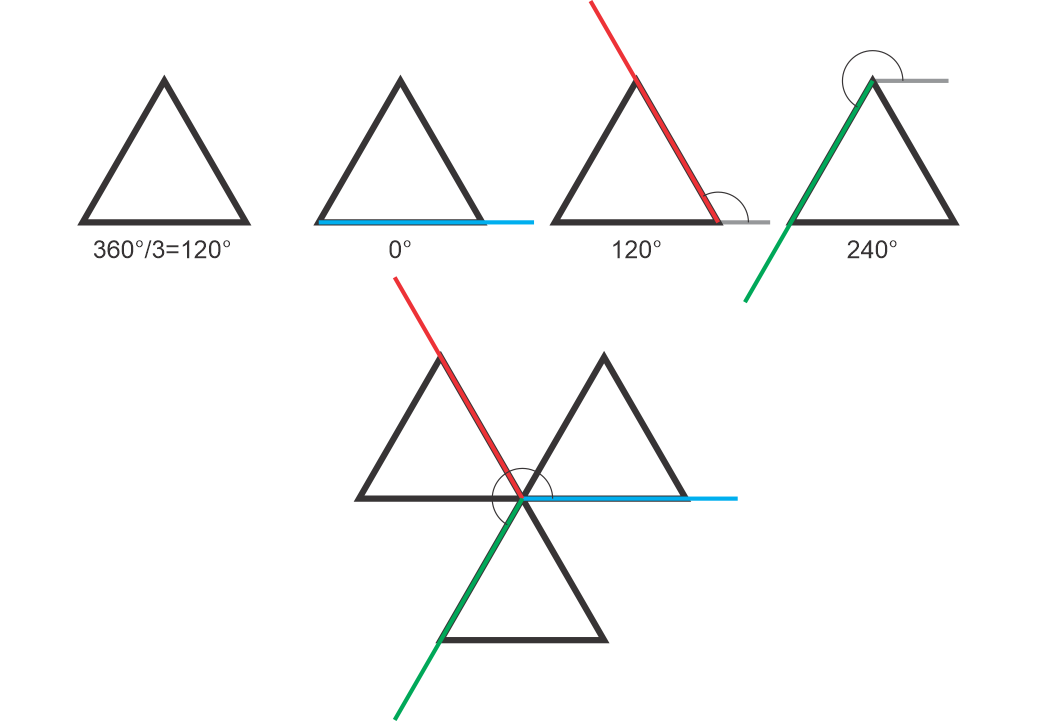 But we do need a vertical axis, not a purely horizontal one, so let's rotate all our grid 90° so we have now

A common color coding of the axis is Red for X, Green for Y, and blue for Z Making Z the height. You can invert X and Y. That is why I left the Z or 90° to the last.

So a cube will look like this. The outer lines of the cube would be a perfect hexagon.

You could explore different angles for stylistic reasons. This could be some kind of pseudo isometric. The camera or point of view would look as if it is lower with respect to the ground for example.

A specific case is an adaptation for pixel art.

I am superimposing a square grid simulating pixels. You can see that it can be optimized.

The first one is the red and green axis, (X and Y) where we can move it up a bit so a diagonal can cross every two squares on a vertex. (the old axis are dim color)

The second adaptation is height. We can modify a bit the heights so it fits on the grid. (The old top of the cube is on magenta)

Here is the result with the vertices aligned with the "pixels"

To find the exact angle we need to do some math. We have a triangle and the trigonometric relation we have is tan because we have the values of the sides of the triangle u and v (I am not using x and y here so I am not confusing about the name of the axis)

It is easier just using the squares.

I am sure there are other methods to get some other nice isometric looks for pixel art. I like the results of the method I described here.

The only "true" angles are the first on the explanation. The adaptation I made for pixel art or the ones described on your links are different methods to facilitate the drawing of pixel art. It is more subjective to say which one is "correct". Probably the answer is "the one that you like the most".

Some other pixel art options

The previous grid of 2x1 pixels can be changed, giving different camera angles. Here are some examples using 3x1 and 4x1 grids.

The closest one to true isometric is the 2x1 grid, but probably other proportions are more pleasing.

One last thing is that you need to adjust the "height" so it looks proportional to this axis.

Not the answer you're looking for? Browse other questions tagged adobe-illustrator illustration grids isometric or ask your own question.

5
Isometric with or without a grid in Illustrator?
1
Photoshop - Creating a prefab 3d rectangle for use in 2.5d game development