I want to make my presentation slides merge into one 3D view png file.

The image attached is how I would like my presentation slides to merge into one 3D view. 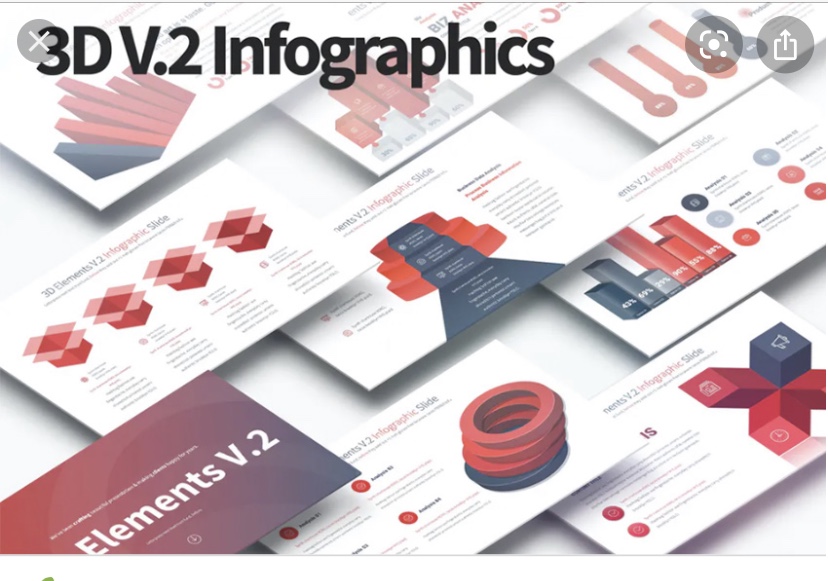 Seemingly quite few are interested in writing a full step by step tutorial for you. That's because making something in the same detail level is complex and writing a tutorial would be more like writing a book. Things become much closer the beginner level if you do not expect realistic

With these simplifications you can work in any drawing program. I guess even MS Powerpoint will do if you have a modern version. I don't have one, so this is a guess. My images are drawn in Inkscape.

You must export your slides as PNGs or JPGs for easy manipulation. You import them to the drawing program. There you must also draw black rectangles of the same size. With reduced opacity and blur effect the rectangles can be used as shadows: 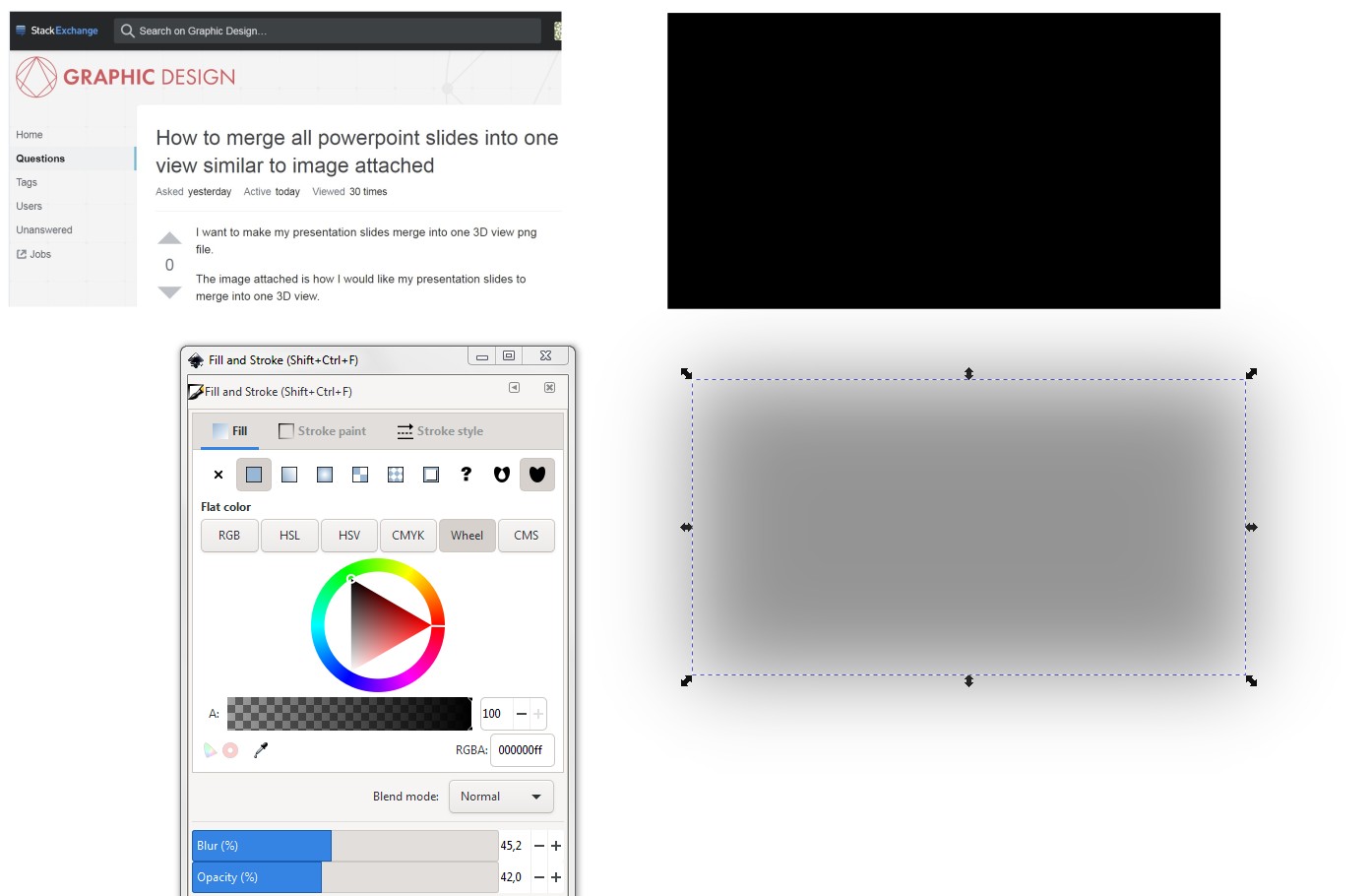 In the left there's an imported image. It's only a screenshot. In the right there's a drawn rectangle and it's blurred copy with reduced opacity. It's very useful for final composition if the blur and opacity can be changed like in Inkscape.

A card and its shadow can be made by applying three transformations: Skew (said also shear or slant in different programs), vertical scaling to lower height and rotation. Every piece need the same transformations for consistent look: 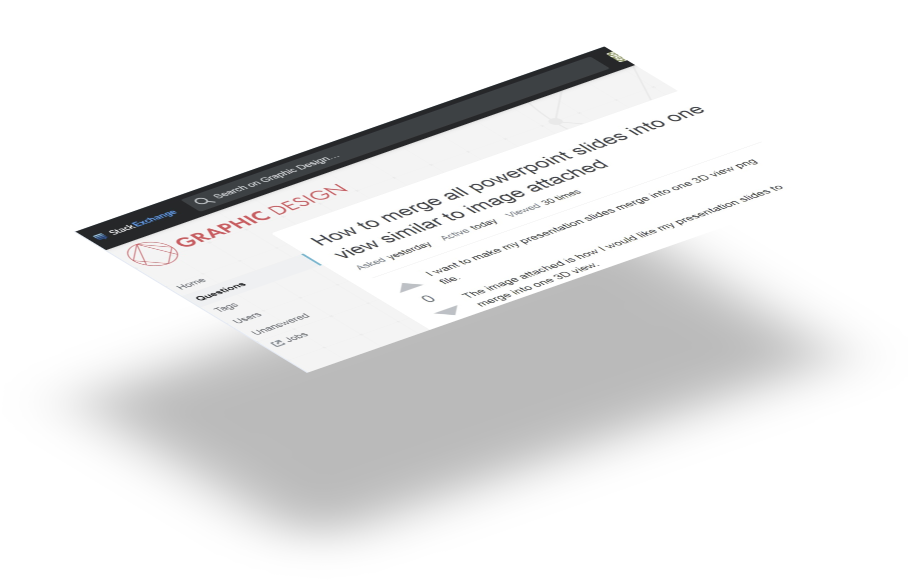 Fake thickness can be added by drawing 2 grey lines. The shadow side line is darker. The line ends are round and the lines are thin to hide the fact that the corners have false 3D projection: 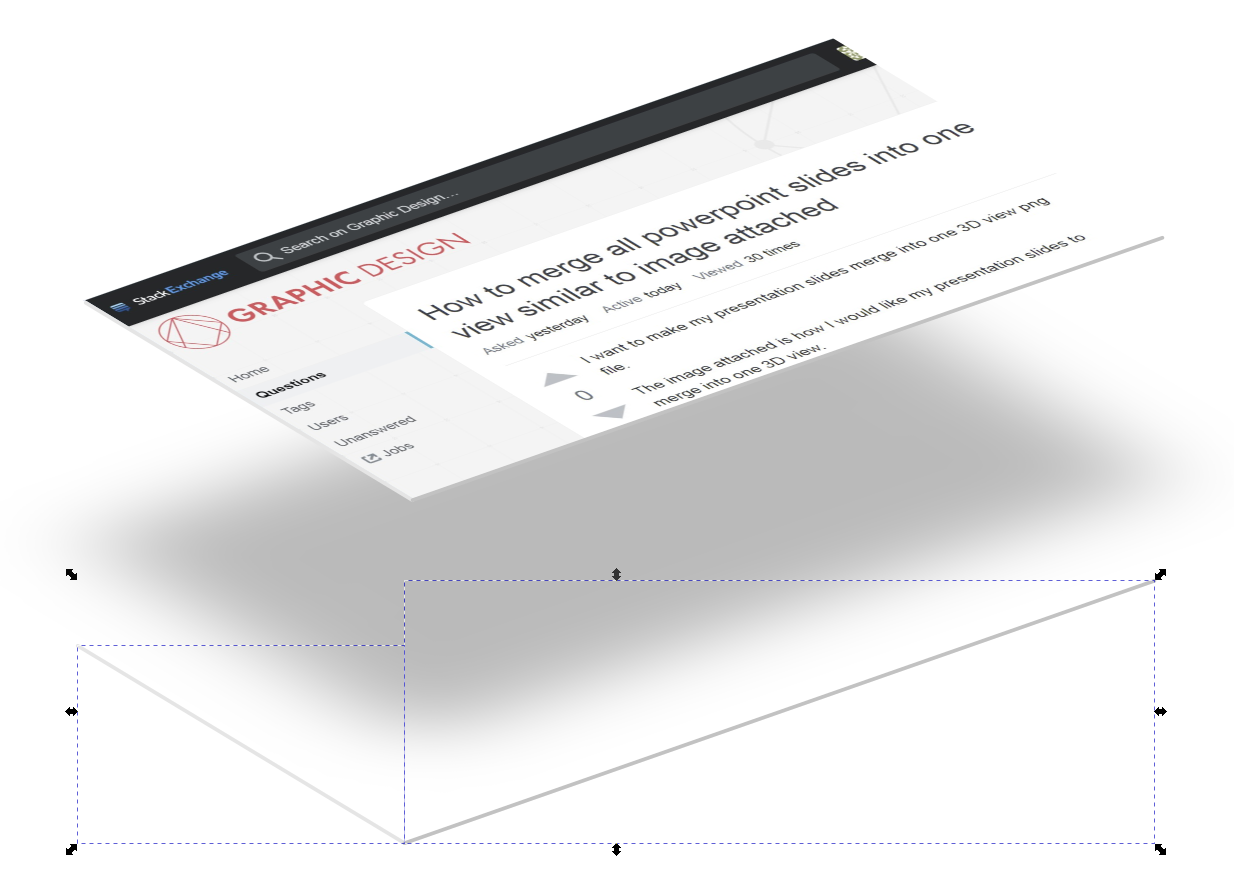 The only thing that needs some extra thinking is how to make multiple shadows plausible: 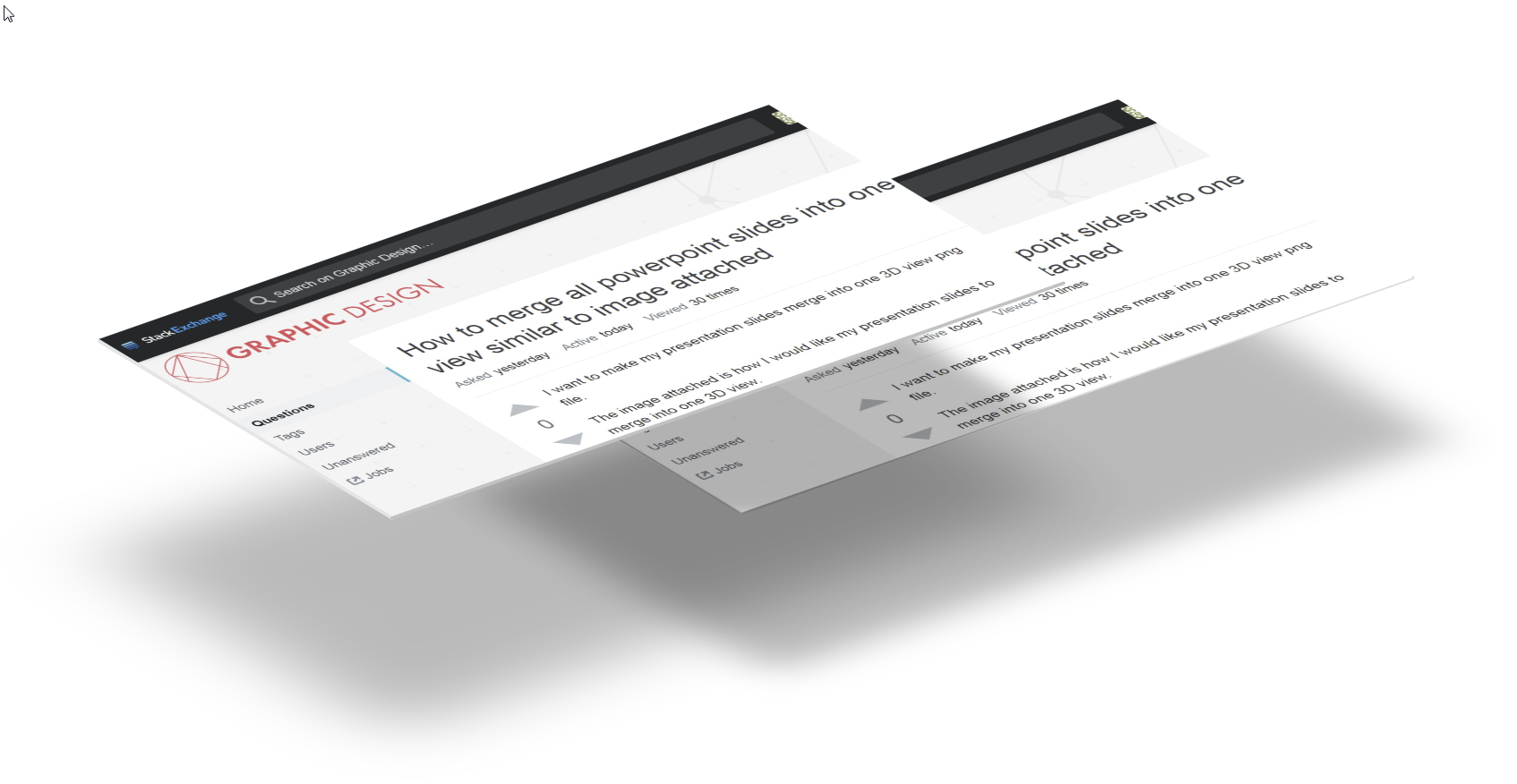 The apparent elevation of the card affects 2 things: How much upper the card is than the shadow and how much the shadow is blurred. The card in lower elevation has less blurred shadow which looks thicker.

In the next image there's only the image (=no edge lines) of the lower card. In the left the shadow of the upper card is is in place and in the right the shadow is moved aside.

NOTE: The selection box in this program shows the unclipped size of the shadow.

And that's all. You must learn by yourself how to actually make the shown tricks with program commands and settings.

Not the answer you're looking for? Browse other questions tagged interface-design information-graphics mockup microsoft-powerpoint presentation-design or ask your own question.

2
Zoom transition in PowerPoint
1
Reduce the size of a Powerpoint while keeping image quality
1
Eye pleasing aspect ratio for slides and handouts
0
How to shadow part of a list in Powerpoint?
1
Zoom in high resolution image in a presentation
0
I designed a Powerpoint deck and would like to convert the design into a PPT template. is it possible? and if so, how?
3
How to easily replace an image in every slide across a PowerPoint presentation (Symbols)?
1
Practical differences between Powerpoint and Google Slides with respect to providing text to read
1
Is there a way in MS Powerpoint to classify all of the content in a document into 2 categories so I can choose to hide one category?
0
Operate on all hidden slides in powerpoint