I would like to create a logo where an item is tightly secured to human skin, like it was tied up with rope and I want to make it look like there's something behind that objects that would indicate that it dents the skin. You know like as if you pushed pencil on your skin it would create a small dent since the skin is flexible and some small wrinkles would appear around it. It musn't be very detailed but I want it to look like the items is slightly buried in the skin due to pressure from the "rope". Drop shadow looks good on other items but it doesn't give this flexible-skin like effect when it comes to this.

Any ideas how to create such effect that would indicate this item is placed against the skin and it makes it stretch a little?

One, simple, method would be to use a gradient fill... 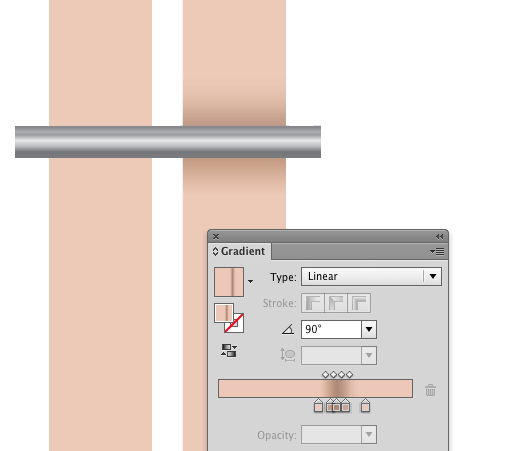 For a touch more, you could curve the outer edges of objects towards the indentation... 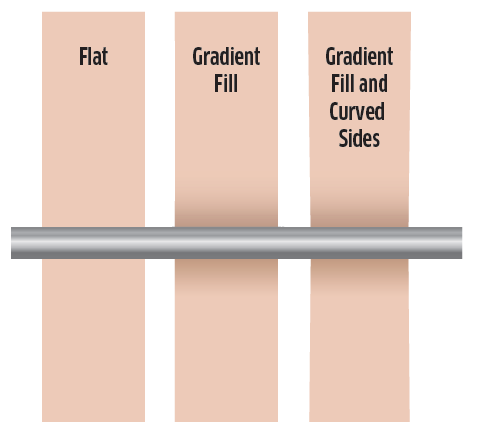 2
Adobe Illustrator Transparent Mask
5
Is it possible to create a high quality watercolor effect in illustrator?
4
How can I create a mosaic with my own tessellating tile shape?
3
Illustrator: Grain Effect makes round objects pixelated
0
Joining Paths Without Endpoints Workaround
3
Adobe Illustrator: Making a shape appear to be “carved” into a surface
6
Is there an easier way to draw a parallelogram aligned with a triangle?
1
Creating a shaded/imprinted effect in Adobe Illustrator