Photoshop - Creating a prefab 3d rectangle for use in 2.5d game development

I'm semi new to Photoshop, so my terminology may be lacking which might be why I'm having problem locating anything on Google.

What I'm curious is *if a prefab can be designed for a 3d square/rectangle for the sake of creating buildings in a 2.5d perspective game. I'll refer to the screenshot below for the sake of an example.

All buildings have a 28 degree side to them. I wasn't sure if a prefab could be made of a 3d object that keeps those angles as static so that if I wanted I could click and drag and make a longer building for example. If this exists, what terminology or feature is this called? 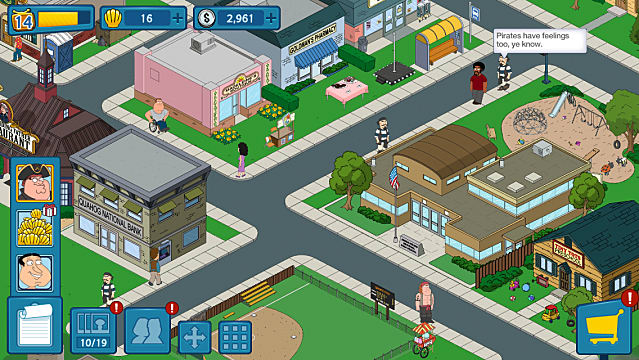 Photoshop wouldn't be my first choice to recreate something like this. To be honest I think it's a job for a vector image editor. For example, you could use Inkscape's 3D Boxes tool. Inkscape is free and Open Source. Another possibility would be to use actual 3D software such as Blender which is also free and Open Source.

Isometric/parallel angles can be selected in the Tool Controls bar. 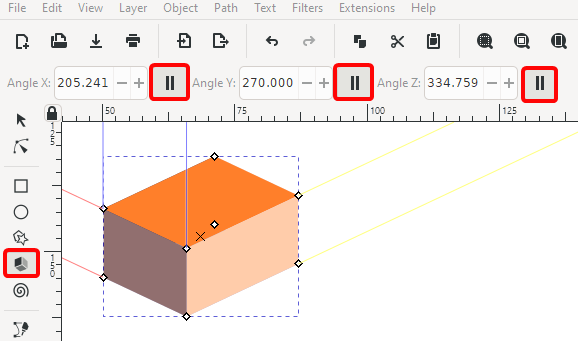 A few minutes later, everything here is made from 3D Boxes, except the dotted white lines. 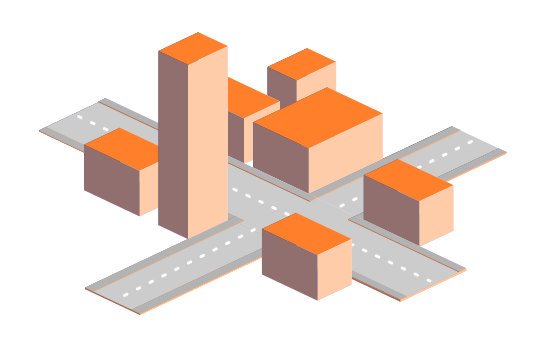 Of course, there would be nothing to stop you from exporting this as a PNG, using it as a base image, and adding details in Photoshop.