I have done this using Designer Persona. However, I can't see how I could colour the space between the curves that are not enclosed without having to re-do the shape and enclose it.

In the second picture, I used the Pixel Persona to colour it. Is there a better (and more accurate) way of doing this with the Designer Persona? 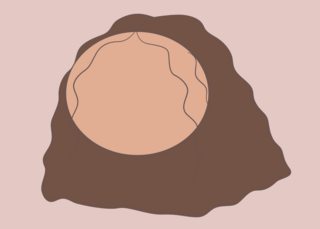 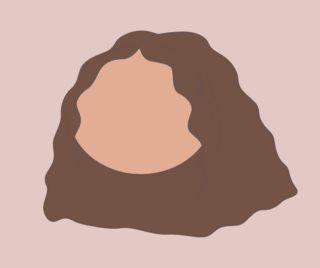 I'm not an Affinity Design user, however this answer would work for any vector image editor. They all work using the same basic principles.

There's no need to redraw anything. You could simply use the Pen Tool again to complete the paths to make fillable closed paths - shapes which overlap the circle.

Then remove the stroke, and set the fill to the same shade of brown.

You can adjust the stroke width as small as you like. Then expand the stroke. Apply Layer > Expand Stroke. It makes the curve a filled area which looks the same as the curve.

Boolean divide the circle below with the expanded stroke. Recolor the slice or move it away. Remove the tails of the divider.

Technically this doesn't fulfill the title of the question, but at least no redraw is needed if the curve is separate and long enough.

In the middle the stroke is made narrow and expanded. In the right divide is applied, the remnants are moved aside to show them.

Unfortunately it doesn't work if the stroke gets width = zero. But I guess you can accept say 0,1 millimeters.

BTW Illustrator users can divide with open curves and they have the Shape Builder which can be used as a perfect vector flood fill. These and other Illustrator tools make A.D look harmfully underpowered. A partial workaround is to mix vector and bitmap parts as you have done. It doesn't cause quality loss if you can work in high enough resolution. But finally the quality of the artwork is based on what the artist has got between his ears.

Not the answer you're looking for? Browse other questions tagged fill pen-tool affinity-designer bezier-curve or ask your own question.