How to achieve this typographic bevel and emboss with yet photocopy effect? 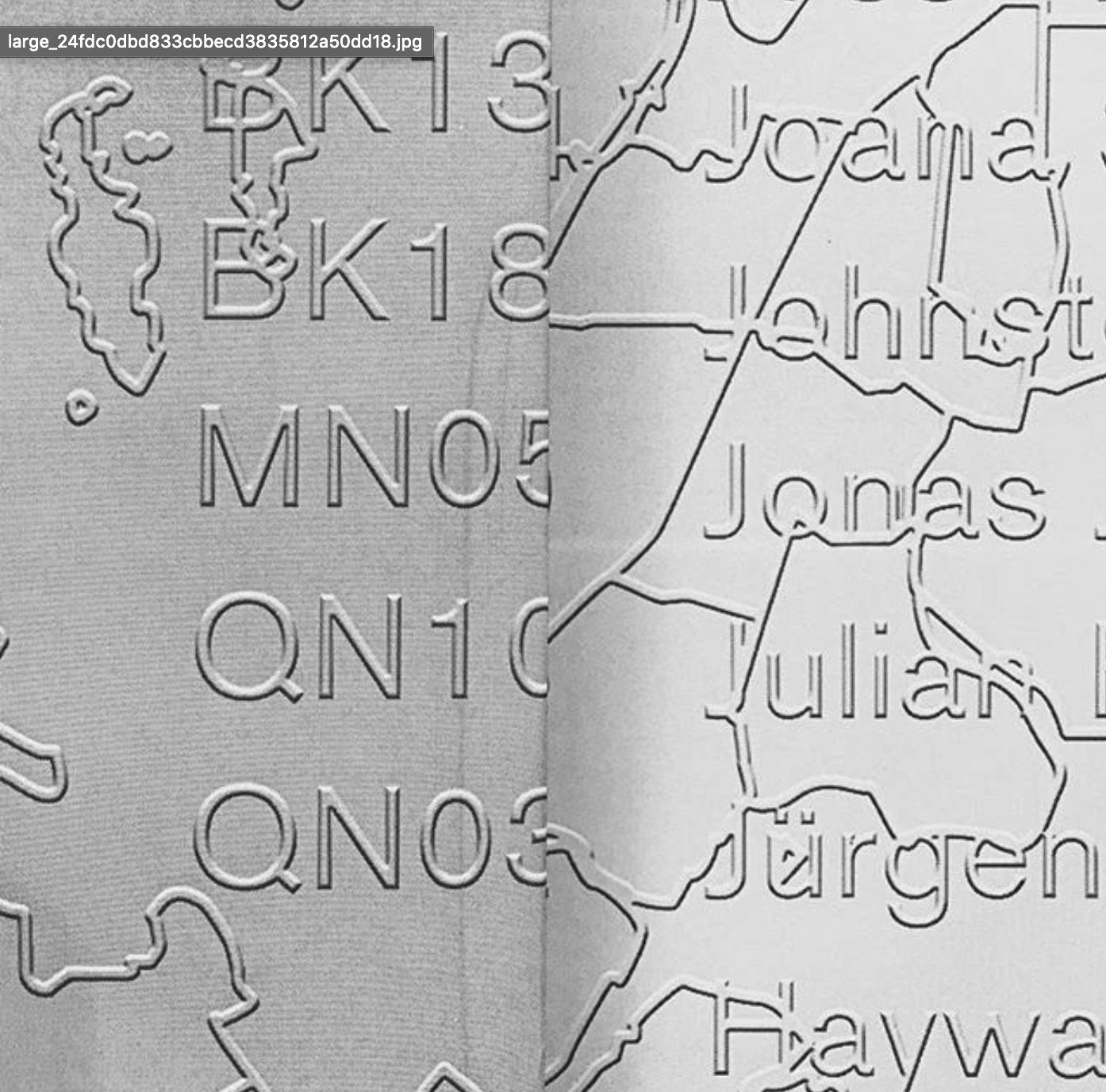 Hi all, found this image on Are.na - been trying to study this image with my own typographic treatment, but still having trouble with finding the right bevel and emboss settings. Also noticed there's a slight paper texture here and a bit of contrast play, yet I haven't really gotten it right. Can anyone provide insight? Thank you!

The striped texture in your example can be a real photo of cardboard which is curved and also has a dimples. The grey nearly horizontal lines are not grooves, they are on the surface with no depth.

The text has Bevel&Emboss layer effect as you show. The texts have the same striped texture as the cardboard, but it doesn't by any means follow the curvature nor the dimples of the surface.

In the next example the striped texture is pasted from Illustrator. It's made of grey repeated curved lines on a white background. The line pattern is pasted to Photoshop and it has got noise. A curves layer reduces the contrast. There's no dimples: 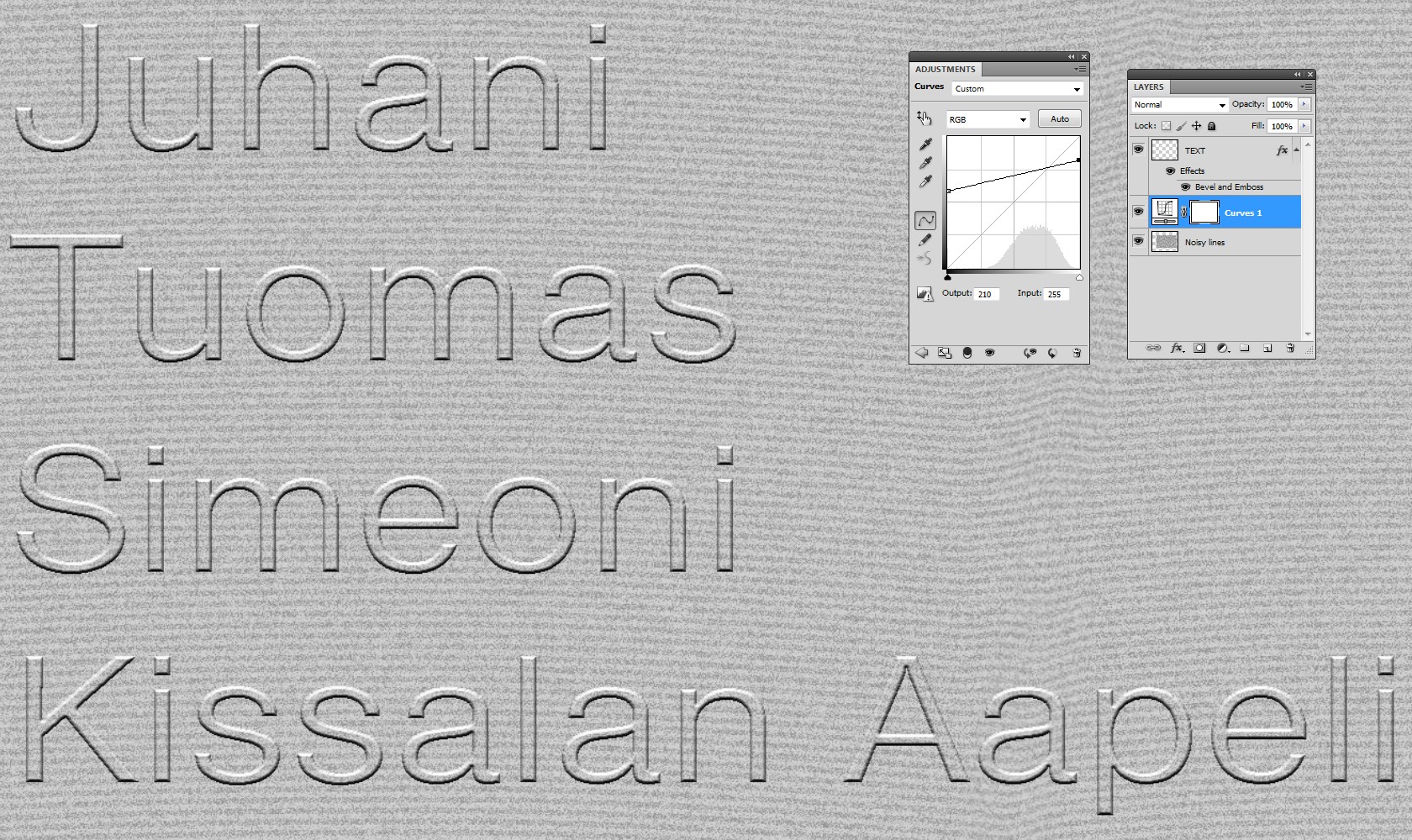 Dimples can be done with the Displacement map or by applying the Liquify filter. They must be accompanied by some shading. I skipped it. I believe that realistic 3D cardboard surface would need also texts which follow the surface forms. Your example doesn't have it.

In the next image the Fill% is partially returned. Fill= 36%. The letters become lighter but lose the texture:

I'm not sure I really see what the problem is. Aren't you just missing the paper texture?

Set the layer mode of the Text layer to "Soft Light", text colour to 50% grey, and try Bevel and Emboss settings like these:

Obviously I don't have the same font here.

Not the answer you're looking for? Browse other questions tagged adobe-photoshop typography photoshop-effects or ask your own question.