I'm struggling with that problem for quite some time now so I decided to ask to have a definitive (and hopefully positive) answer.

Is there any way, using any web friendly language, to allow me to apply a spot light effect to a whole web page ? 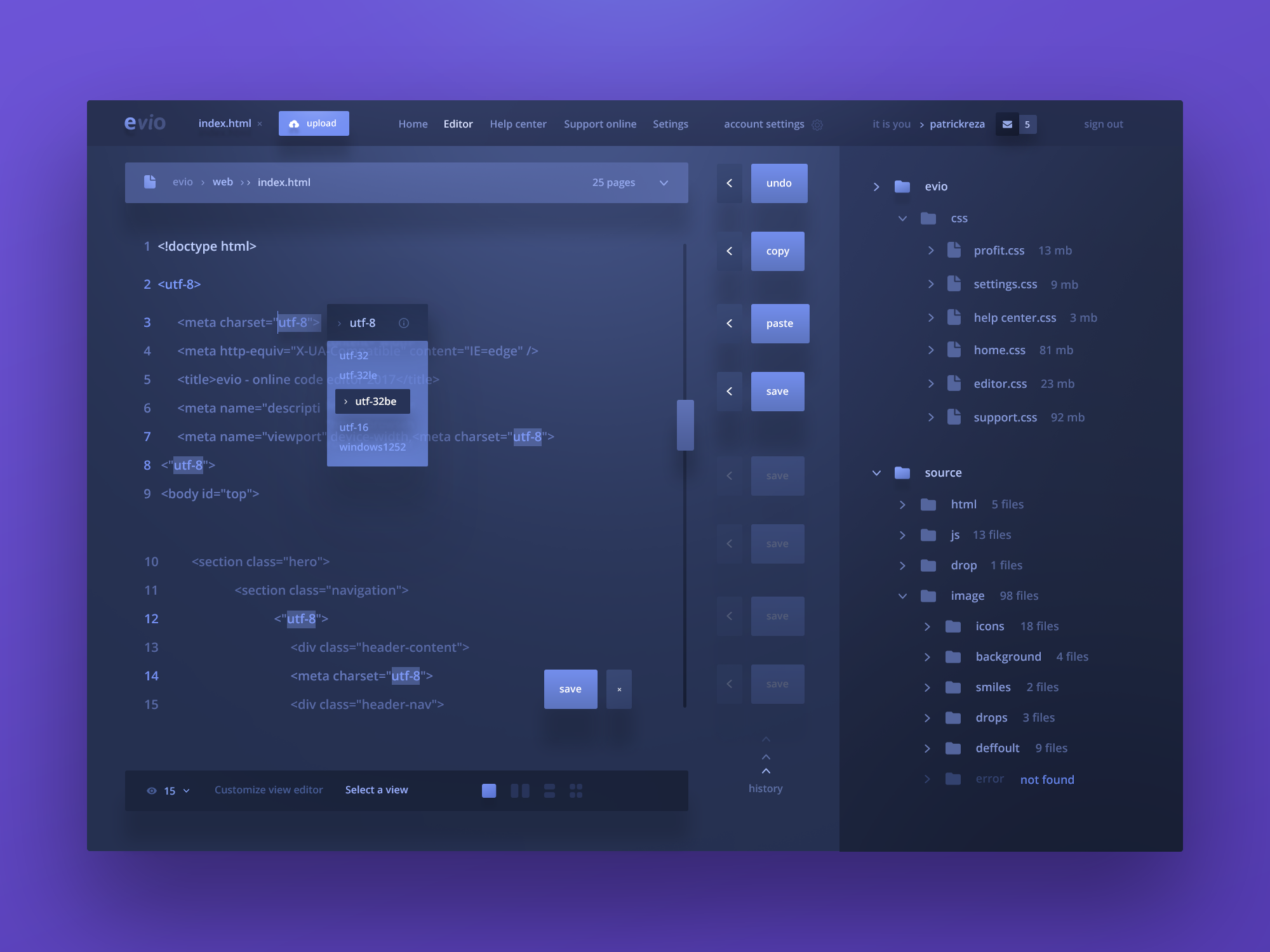 This is an illustration made with some kind of software which has nothing to do with the web but that's the result I'm actually looking for: a unique and 3D-like illumination applied dynamically to each and every element of the page.

In terms of static design, gradients and shadows are easy to achieve using CSS but that wouldn't get me there as one thing that css fails to do is to fake a unique illumination that would light everything consistently, even if the web page is resized and the inner elements are dynamic.

Each element can emulate illumination and a shadow source on its own but they won't share a unique and consistent source of light together.

So, is there any trick of the trade or any other language (javascript or anything else) that would help me achieve what I'm looking for ?

This seems such an obvious feature to me and yet, I've never seen anything like this online so far.

Thanks for your input

EDIT: it seems unclear for a user, so here is an illustration to show the problem: 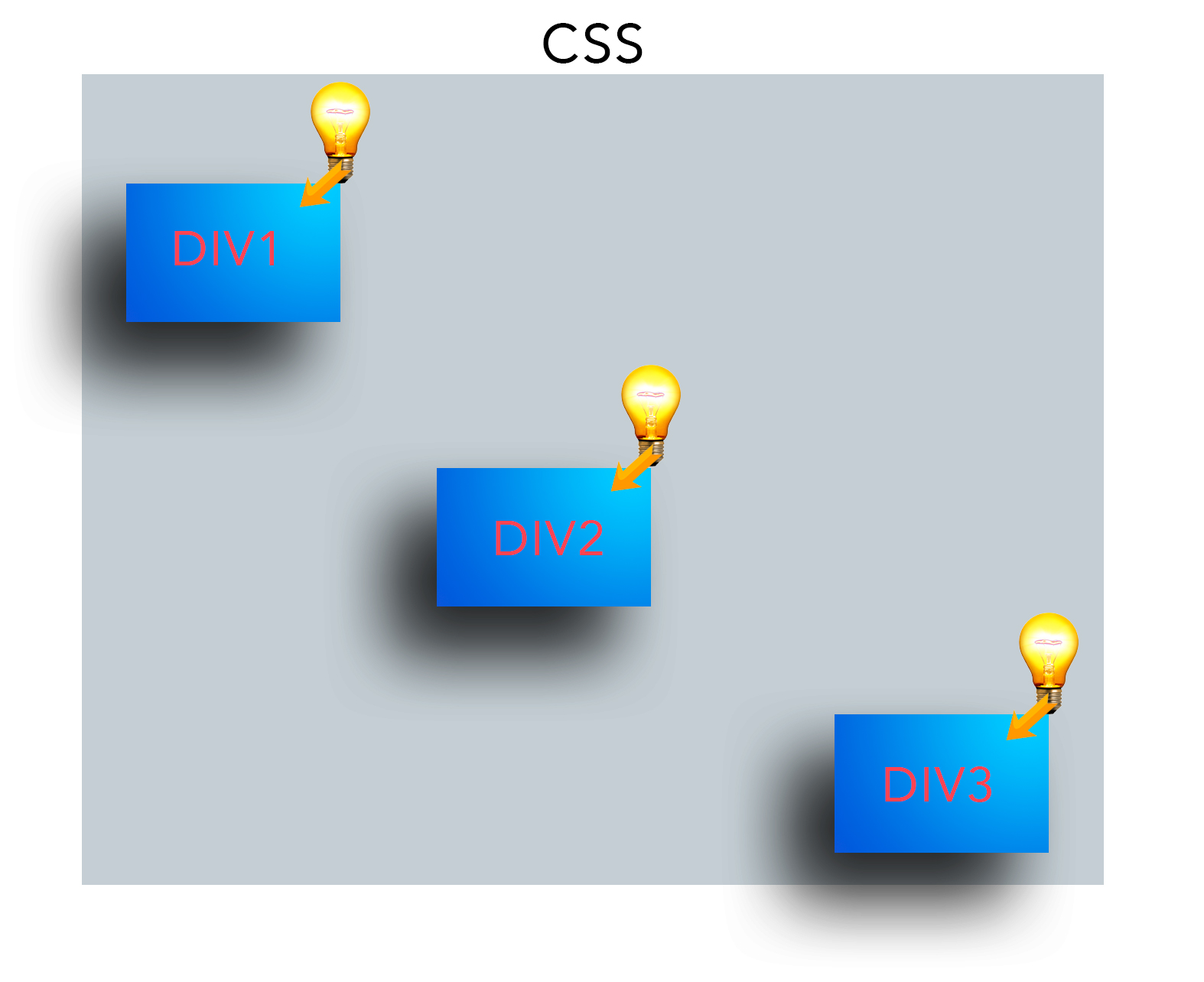 With CSS, each div can have its own light simulated (with gradient and shadow) but then each of them has its own personal pseudo light source "embedded" with it. Move any div and the pseudo-light and shadow associated with it will remain at the same place relative to the element, wherever it is on the page. Because the pseudo-light source relative to each div is static. That is ok for one shot illustrations that will emulate global light but on a real time situation when divs can be moved around and screen resized, multiple static pseudo-lights will not make it look like a global illumination. The global lighting is inconsistent.

in this case, NO global illumination is emulated, just a series of local pseudo-illuminations. One by element. 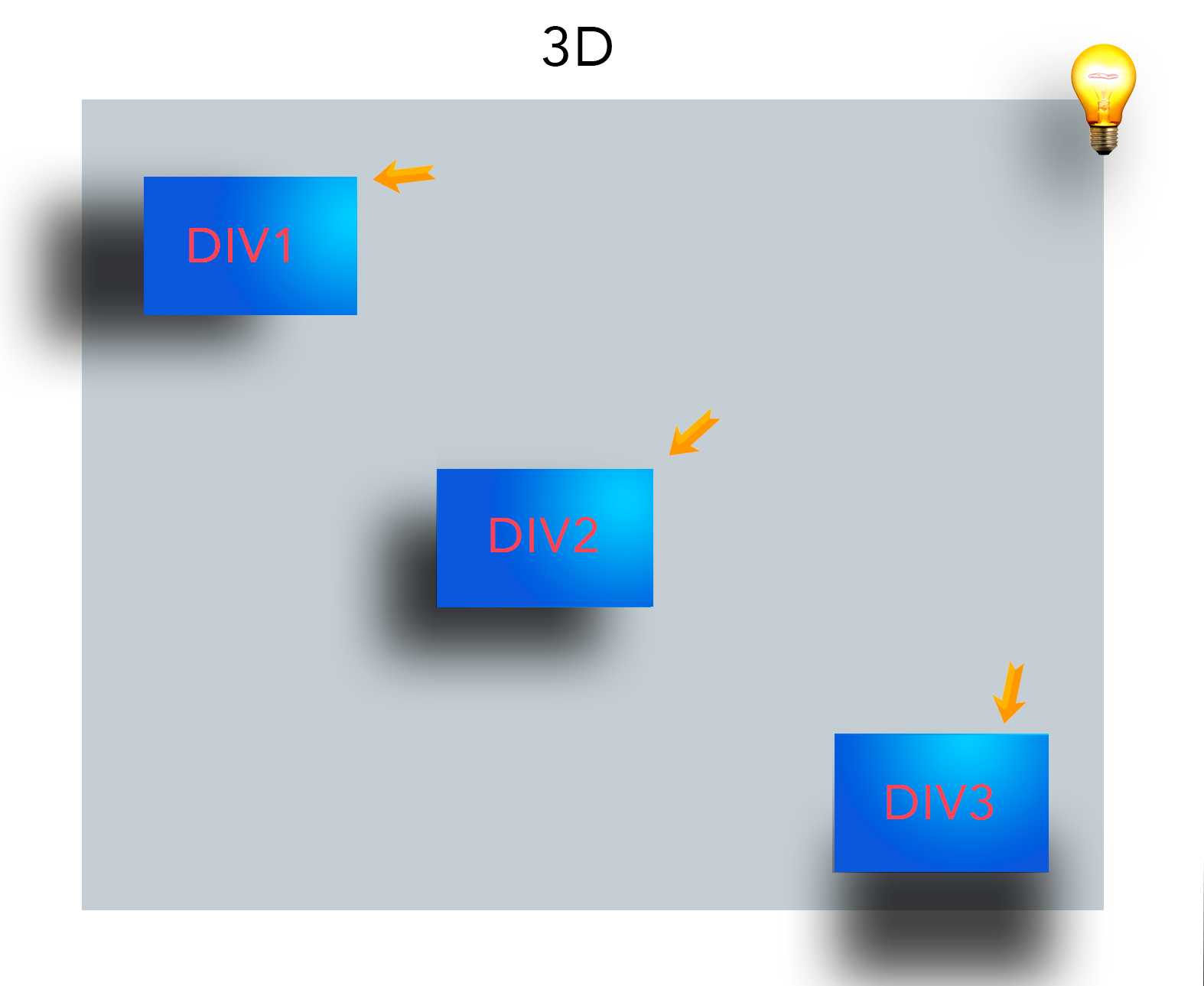 Which is what I want to achieve. Natively or as a workaround, with css or javascript or any other language that is web-friendly, as long as it allosw me to get there with more or less the same performances as any other web page.

The only ways to do this are to:

In both cases you need to redo the shadow calculations if things are moved or resized. Make sure to throttle any resize events. The only thing that is expensive is if you need to animate the light/change of shadow position because shadows are not cheap to render.

One probable option would be using a parallax script, and on one layer add the shadows as transparent PNG and on the main layer add the objects projecting that shadow.

Not the answer you're looking for? Browse other questions tagged website-design interface-design css lighting-effects or ask your own question.

13
With the invention of CSS3, should a web designer use Photoshop?
2
Design cues for draggable page components
7
Is there any way to save a Web page screenshot with a transparent background?
4
Are custom graphics/images a necessity for professional looking web design?
3
How can I evoke the style of Impressionism in a web design?
0
How to scale a web page for different resolutions?
2
Tool to help measure web page elements
0
Web Site Page Export