How to reshape a flow from a Sankey Diagram svg?

I'm producing a few sankey diagrams for a publication. I'm using R for stats and data visualization but finish it all off in Inkscape.

There is a particular case where I can't adjust the height / spacing programatically in R due to package limitations, and I want to do it manually in Inkspace as the file can be saved as svg.

I can select each flow separately and reshape it, but cannot figure out how to move a bit down the two red flows on the left hand side so they stay in the same place on the right hand side and retain their heights and don't overlap with other flows.

Is there a clever way to do this properly?

Link to my R question if that provides more clarity in terms of what I'm trying to achieve: https://stackoverflow.com/questions/67012794/how-to-adjust-height-and-spacing-in-a-sankey-diagram-in-r-ggforce 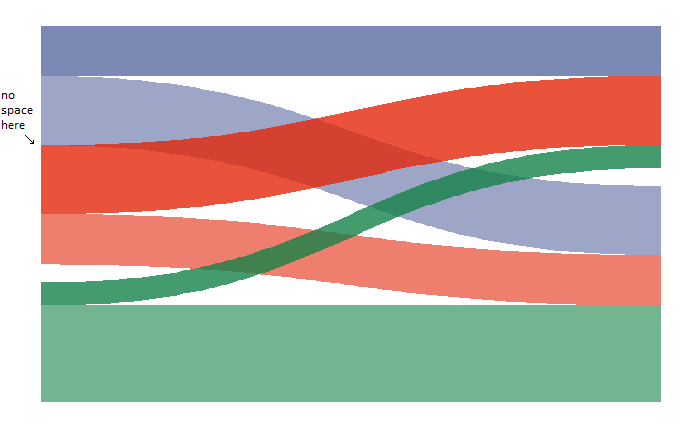 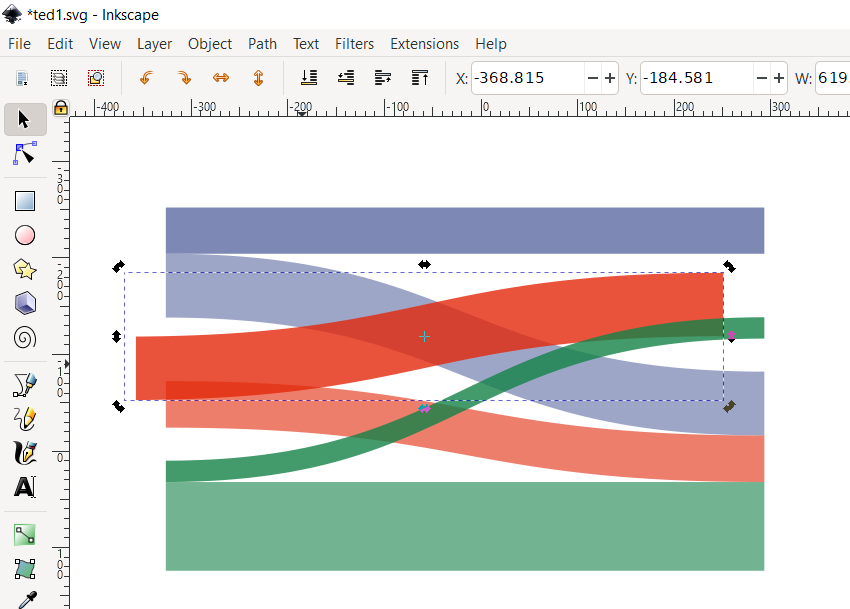 Maybe you wanted to avoid this, but as simple shapes as you have presented are made fastest by drawing them manually with the Bezier curve tool (also known as "Pen" in many programs) In the next image three curves are drawn with different colors and line withs: 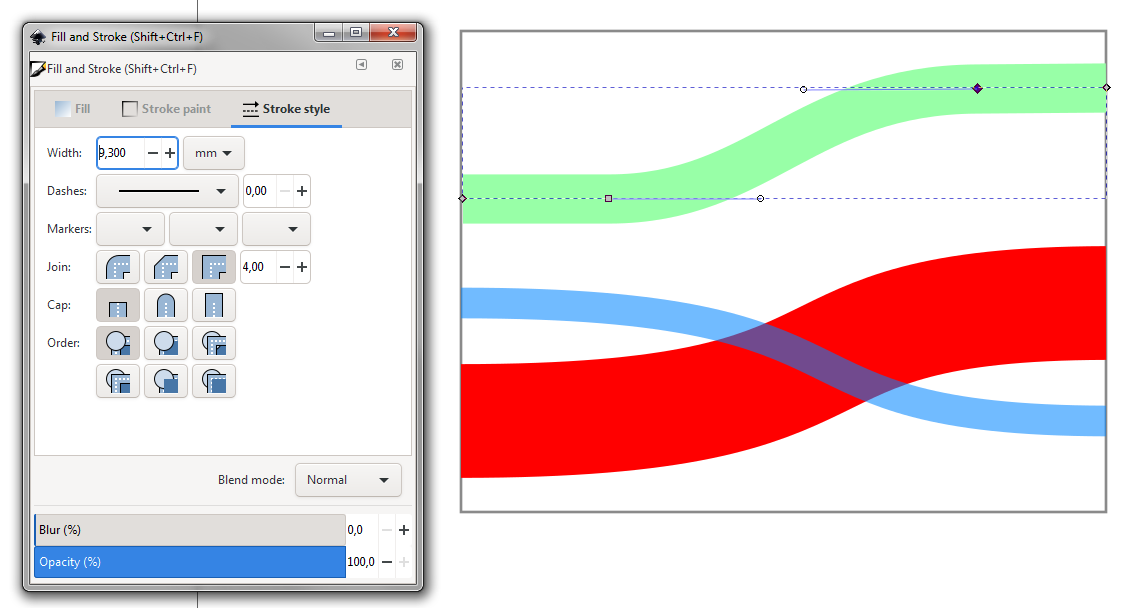 The green one has longer horizontal parts, but it has 4 nodes and drawing it needed hefty total 4 clicks. The node placements and curvature handles are adjusted with the node tool.

Blue and red versions have both only 2 nodes and the amount of work (2 clicks each) to draw them probably is at least close to acceptable.

You can do this with a path inside the SVG and giving it the desired stroke width. If you make it a path, you can control the coordinates of the Bézier curve. In general, your graph is just 6 Bézier curves with different width, and it will be easier to do it with coding the SVG coordinates.

For more information about Bézier curves in SVG:

125
Exporting an object as svg from inkscape
0
Export HUGE png/tiff/pdf from SVG
5
How to create an SVG path from a lineart?
4
How do I make SVG files more transferable from Inkscape to Illustrator and viewable in Chrome?
4
Voronoi Diagram (Delunay Triangulation) in inkscape not working properly?
4
How can I create a PDF file from an Inkscape SVG with multiple pages?
2
How can I analyse this SVG image downloaded from the web?
1
Incomplete image when exporting SVG from Inkscape
3
How do I programmatically flow text into an SVG template?