Removing Vector Shapes From Underneath Text in Illustrator?

No idea what printer tries to place ink to the same place as well for text and the underlying colored shape. But one possibility exists. You can make a color separated print PDF where plates C, M, Y and K have all separate image. Making the print PDF can have option Overprint Black =ON an that's, of course a different case. A super-tricky printer driver can have the same option, but I have never met it.

But let's assume you want the colored shapes below the text have hole just at the same place where the text is:

The text object is selected and copied to the clipboard to keep it safe. The colored shapes are grouped.

Both the group and the text is selected and the Transparency panel menu function "Make Opacity Mask" is applied. The text vanishes and transparent holes appear on the colored shapes. Just to show there's a hole I insert an yellow background shape: 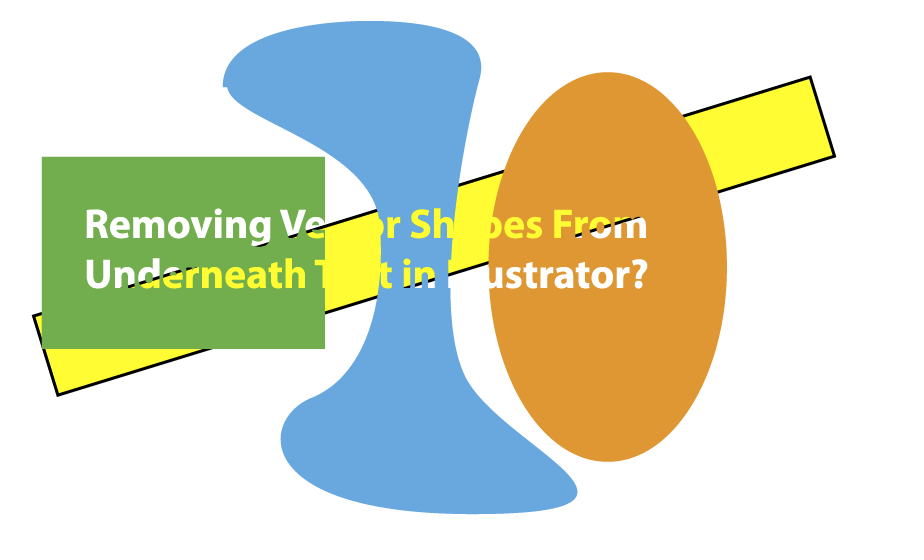 The text can be restored by pasting it in place from the clipboard. It will cover the hole exactly.

The text in the mask must be black. If it isn't, give to it black fill color after copying the original to the clipboard.

In case of error the opacity mask can be released which removes the holes. The black text appears in its original place. You can have 2 copies of the text in the same place after releasing the mask.

I've done spot UV before and you don't need to cut text from the shapes. Just leave the text (outlined) white. Printers will not print white so that is how you do it.

The next step is to duplicate the text you want as spot UV, colour it with a new spot colour (you can even rename the color as spot UV) and on the attributes panel set it to overprint. Printers will then be able to separate the colours and point the "spot uv" color to the SpotUV tray on their printers.

By separating the colours I mean, usually they separate CMYK colours, some even have a 5th tray for coating and the 6th tray will be for spotUV or foiling, etc.

This is MY experience, the printers usually tell you how they want the files to be set up. Difference between images is the layer visibility. Let me know if this makes sense. 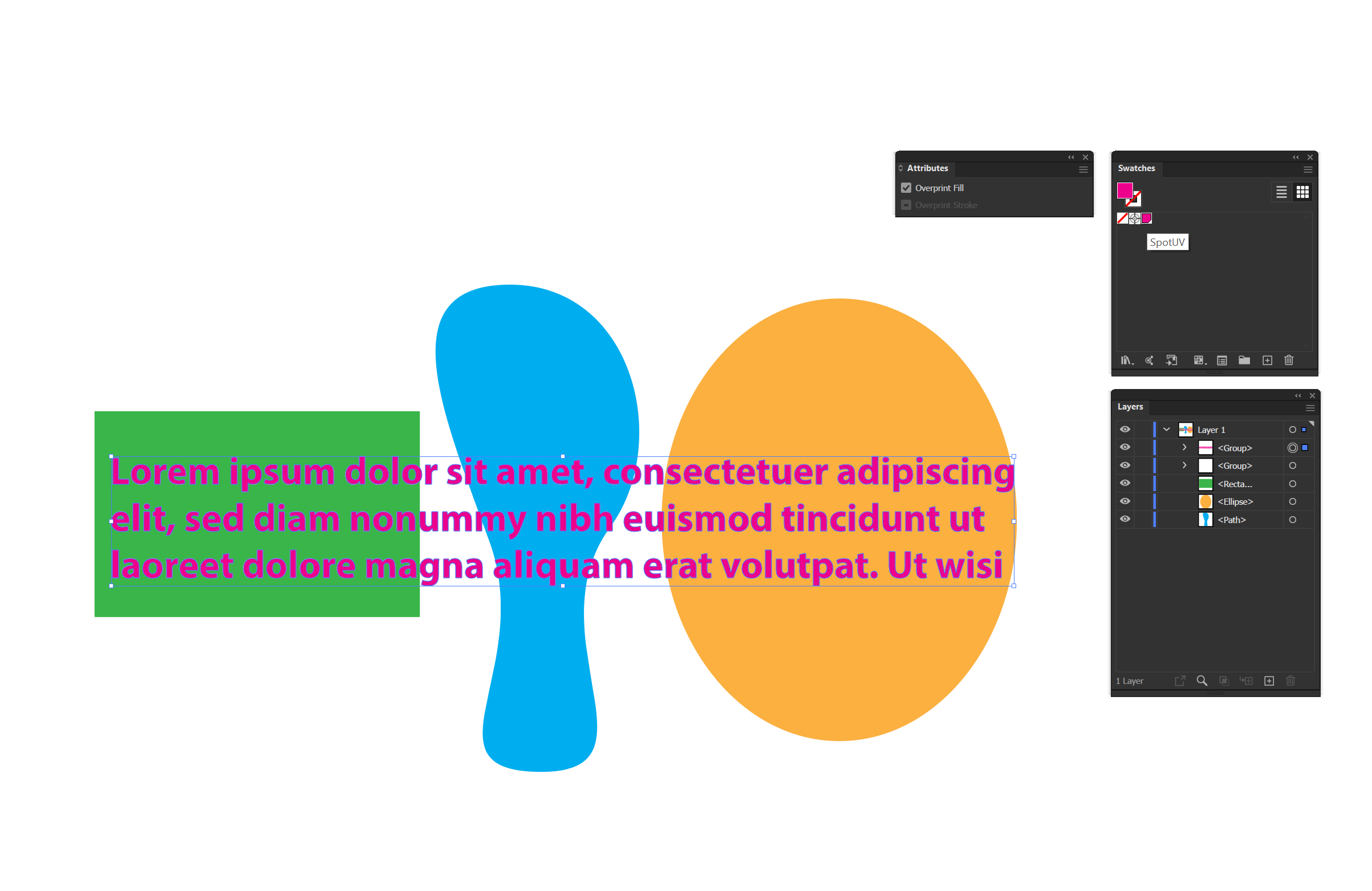 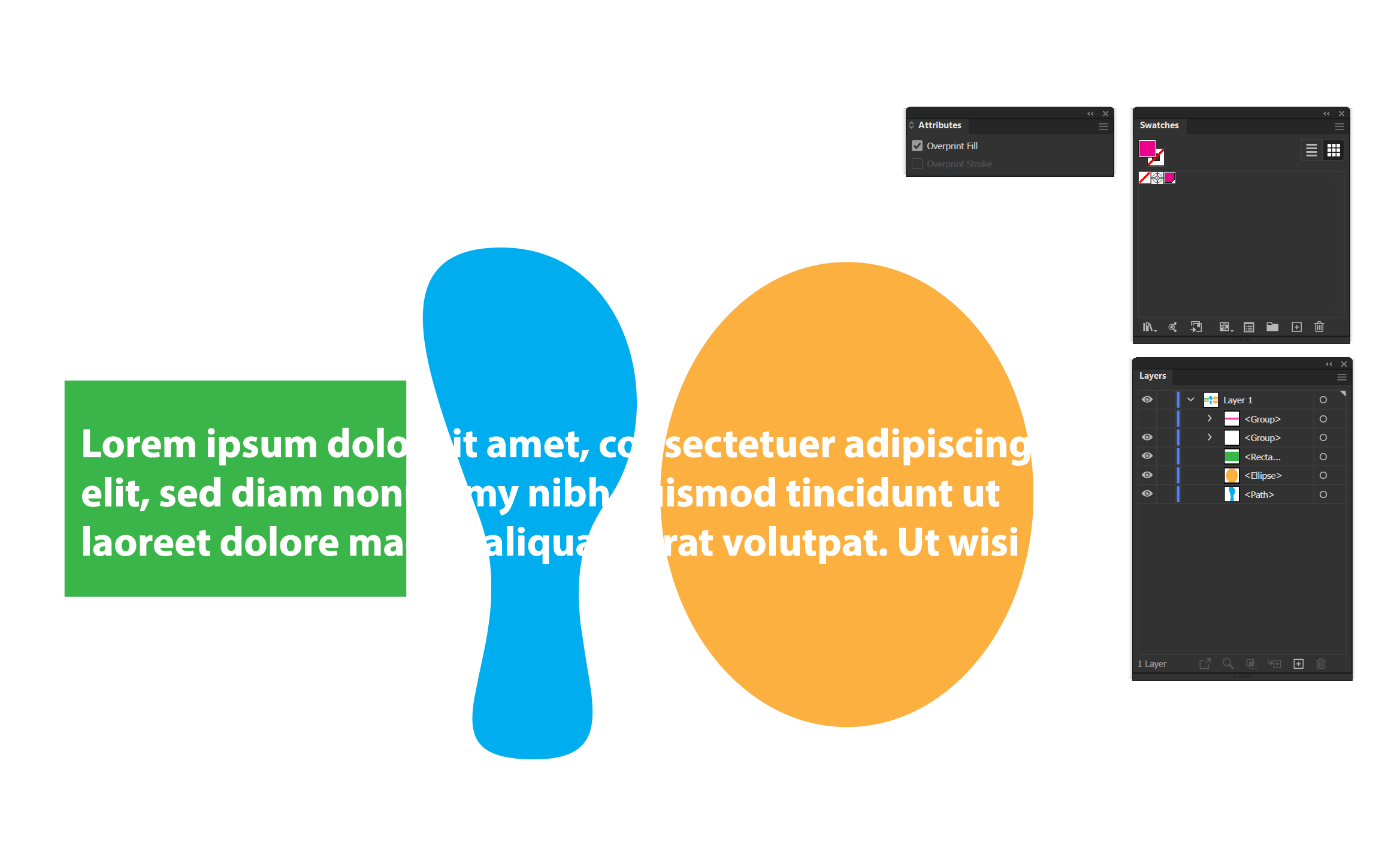 Not the answer you're looking for? Browse other questions tagged adobe-illustrator text shapes or ask your own question.

3
Illustrator CS5 (Mac) Pathfinder Tool Messing up Paths
3
illustrator cs6: cut through multiple layers with top layer
2
Can't cut out or make middle transparent in Illustrator
0
Removing an element from text in Illustrator
1
cutting text through a background vector in illustrator problem
0
Filling text with flag colors
0
How to add gradient on overlapping paths? Is there a way to combine overlapping paths to a single one?
0
How can I punch out shapes between multiple layers?