So I am trying on my iPad Affinity Designer in this week. I feel so happy about affinity designer tool from Adobe Illustrator, but I miss so much about shape builder.

How can I use such a tool in Affinity Designer ?

No luck, Serif hasn't implemented anything comparable. You must do workarounds which need often 10 times more work than a few clicks with the Shape Builder.

Rewrite: Just downloaded Affinity Designer 19.2.1 as a free update. Things have changed, although no Shapebuilder still exists. Workarounds are now a little different.

Often dividing an underlying closed shape with an open curve to 2 separate areas would be enough as a substitute for Shape Builder. It works now in a bizarre way in Affinity D (earlier it didn't work at all). The open curve is at first automatically closed. That closed curve divides the underlying closed shape. Sometimes it can be OK but you may need to make a Boolean Union from several splinters and delete several unwanted pieces. Or the result is a difficult to predict mess which do not at all have the wanted pieces.

You should complete the open curve to a closed shape manually to get large enough augment to the open curve. Draw the needed part with the pen and join the end node pairs. Then you can apply Boolean operations, for ex. Divide. Delete the unwanted splinters.

Then a more tricky case. Let's assume you want the curved triangle between the open curves as a closed shape: 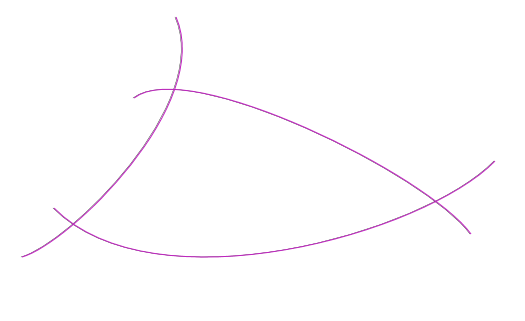 The original curve directions are still valid and you get easily unwanted loops to the corners. A.Designer behaves like it doesn't at all understand what you expect.

Fortunately you can Alt+Click with the node tools those handles which make the loops. It pushes the handles into the nodes and the extra loops vanish: 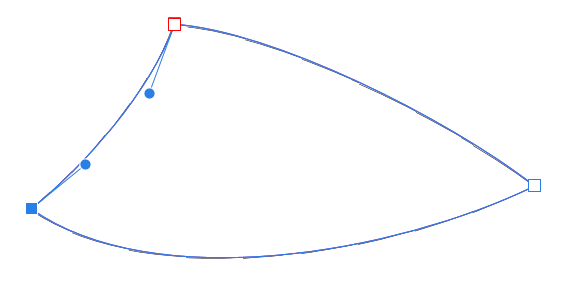 The result is still less than perfect because there's in every corner 2 nodes in the same place. The extras cannot be removed without changing the shape.

Another way is to complete all curves to closed paths by drawing and joining a new part to everyone or by closing the open curves and editing with the node tool everyone so that everyone covers the originally wanted area: 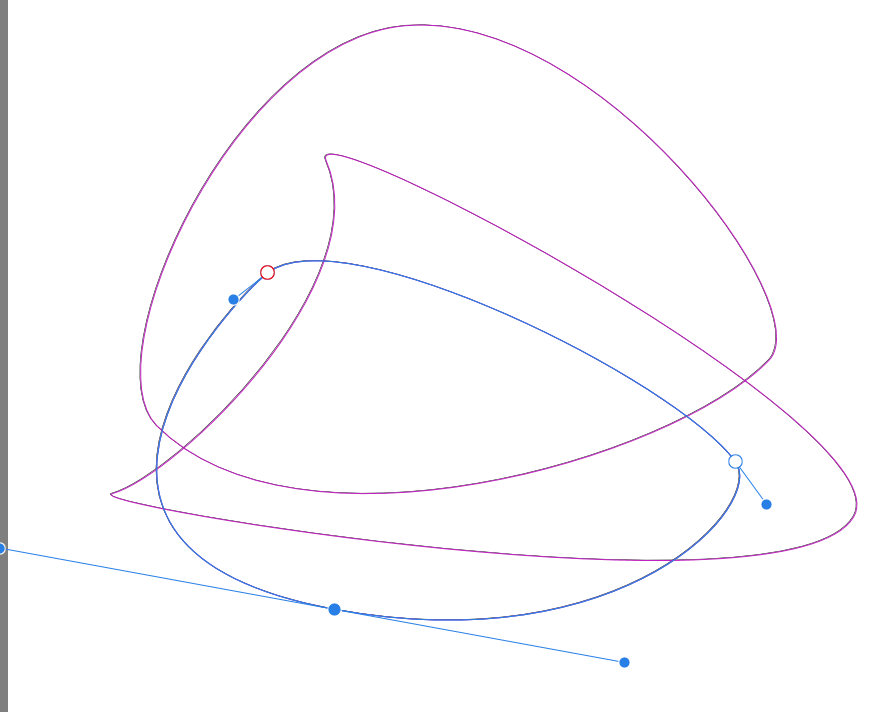 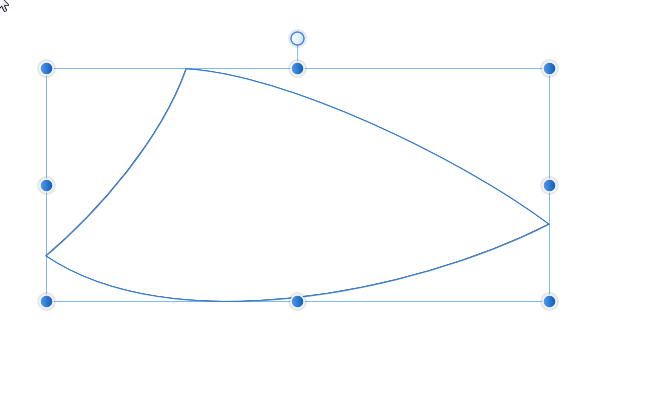 This looks same as the one made by joining curves, but this doesn't have double nodes in the corners.

NOT ASKED: Inkscape is a possible companion tool for A.Designer. It also doesn't have Shape Builder, but recombining paths - open or closed - is much easier in Inkscape. See this older case how one can proceed: Does something like Illustrator's "Shape builder" exist in Inkscape

With that method combining the 3 open curves is easy: 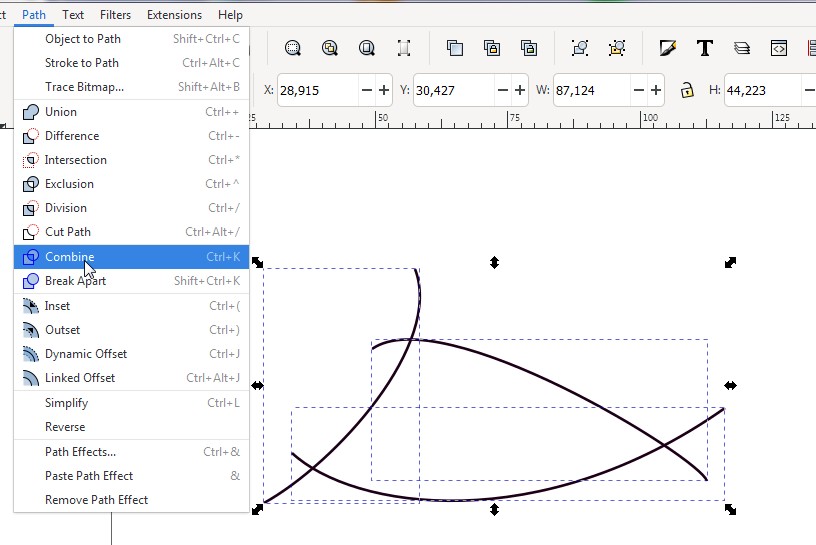 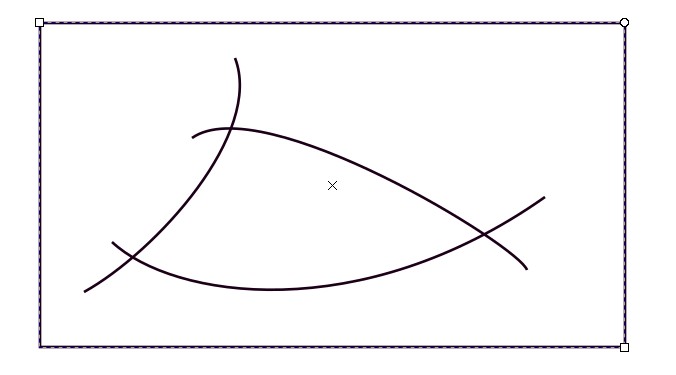 This doesn't work in A.D. because combined paths (=compounds) there are not functional in Boolean operations, the concept is reserved for a totally different thing. One gets compounds if he applies Boolean operations in A.D. in non-destructive mode (=by holding Alt) I would say that Affinity Designer's developing team has tumbled their deck.

Shapes can be cut and pasted Between A.D and Inkscape to both directions. Shapes appear in wrong size in Inkscape, but when returned to A.D. the size is again right. Even CMYK colored shapes from A.D. come back from A.D with right CMYK colors although the color looks totally wrong in Inkscape.

Of course all Inkscape's effects must be converted to paths before pasting to A.D. A harmful thing is that shapes pasted from A.D. to Inkscape appear as multilevel groups which must be ungrouped one by one. Extension "Arrange > Deep Ungroup" causes errors in this case.

Inkscape's Paint Bucket resembles a little shape builder. Actually it is a screenshot to vector tracer. Only what's on the screen can be filled and the accuracy is only the screen resolution. It has still been very useful.

Not the answer you're looking for? Browse other questions tagged affinity-designer ipad or ask your own question.

8
Does something like Illustrator's “Shape builder” exist in Inkscape