in addition to the question asked in How do I break apart scanned letters using Gimp or Inkscape? : is there a way to do this automated, in a sense that I do not need to select every single 'fill-able sign' first and do 'Combine'?

I want to separate the letters of a whole page, so it would be quite a tedious job.

AMEND: I do not intend to do letter recognition. I want to be able to scan/photograph handwritten notes and transform them into a vector graphic svg so I can continue editing the notes with my favorite note taking app "Stylus Write (styluslabs.com)".

To be able to move text around, the letters need to be individual paths. Break apart works fine but having all the filled in letters is quite ugly. 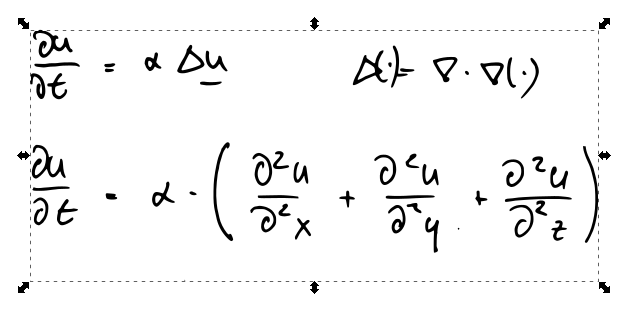 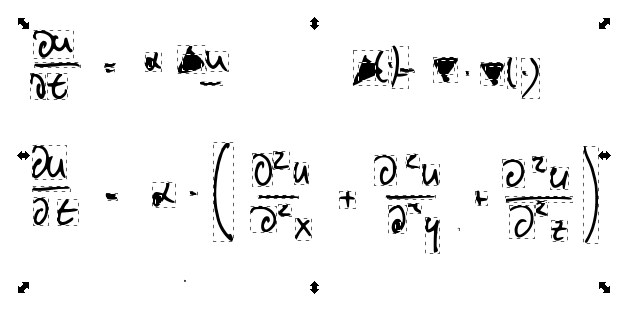 Try Centerline Autotrace. It makes curves, not filled closed paths. An example (its bullshit both in math and physics, but has right looking squiggles): 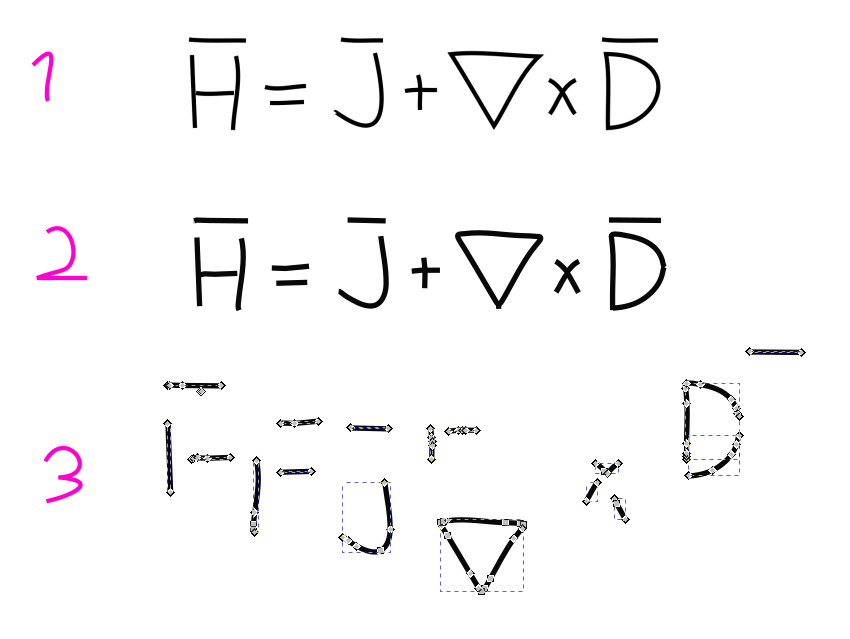 That's not radically better than the method suggested already in another answer, because one must group or combine back the pieces of one symbol if he wants to guarantee they do not drift accidentally apart.

I tried also your screenshot. The result with Centerline Autotrace was a hopeless mess. It became much better when the resolution of the screenshot was lifted with Smilla Enlargener (=no blurry edges) to 300%. Centerline Autotrace still lost a small dot and made one =-symbol to look like a thick minus. Here's the result after Breaking all apart and changing some stroke colors:

The tracing settings were these: 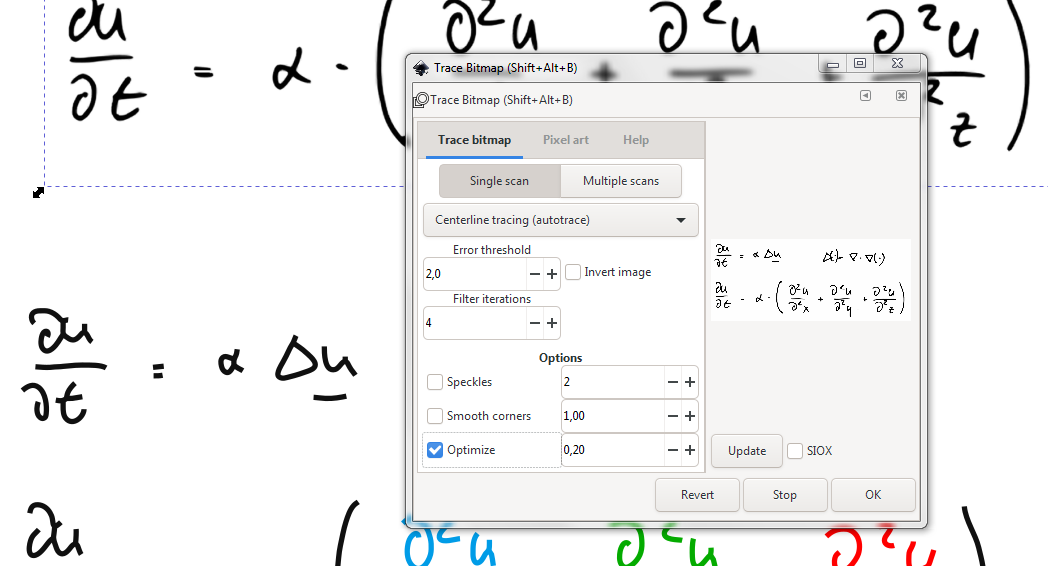 I guess that fully reliable results need pattern matching in a system which knows the intended math symbols. Others have suggested OCR which essentially means the same. Centerline Autotracing can be good enough if you get more diciplined - draw smallest dots big enough.

TL;DR Not possible (as far as I know).

If these are vectors, then you can't edit them in GIMP. GIMP is a raster image editor. GIMP can use paths, but it's has extremely limited functionality as far as vectors are concerned. It's not the right tool.

If these are vectors, then in Inkscape you would need to recombine the parts of the letters manually after breaking apart. There is no way to do this automatically. Inkscape doesn't know anything about characters. Inkscape has no character recognition functionality. All it sees are paths that are either selected or not. So the answer to your question is basically "No" as far as automation is concerned.

For small jobs, it's not that tedious. Use the Select tool S to surround the pieces you want to combine, then use the Shorcut Ctrl+K to combine. Obviously a whole page is a different matter.

Ultimately, you might be better to look for OCR (Optical Character Recognition)/handwriting recognition software to recognise the handwriting. Then you'd be able to get editable text output instead of vectors.

Not the answer you're looking for? Browse other questions tagged inkscape scanning or ask your own question.

1
How do I break apart scanned letters using Gimp or Inkscape?