What is the best way to remove a brownish orangish stain on an old back and white photo (like the red ringed area on the attached photo), using GIMP? I don't want to remove the sepia tone from the whole photo, just the brown stain. Is there a way of selecting just the brown pixels and then either making them white, or converting them to an appropriate shade of grey? 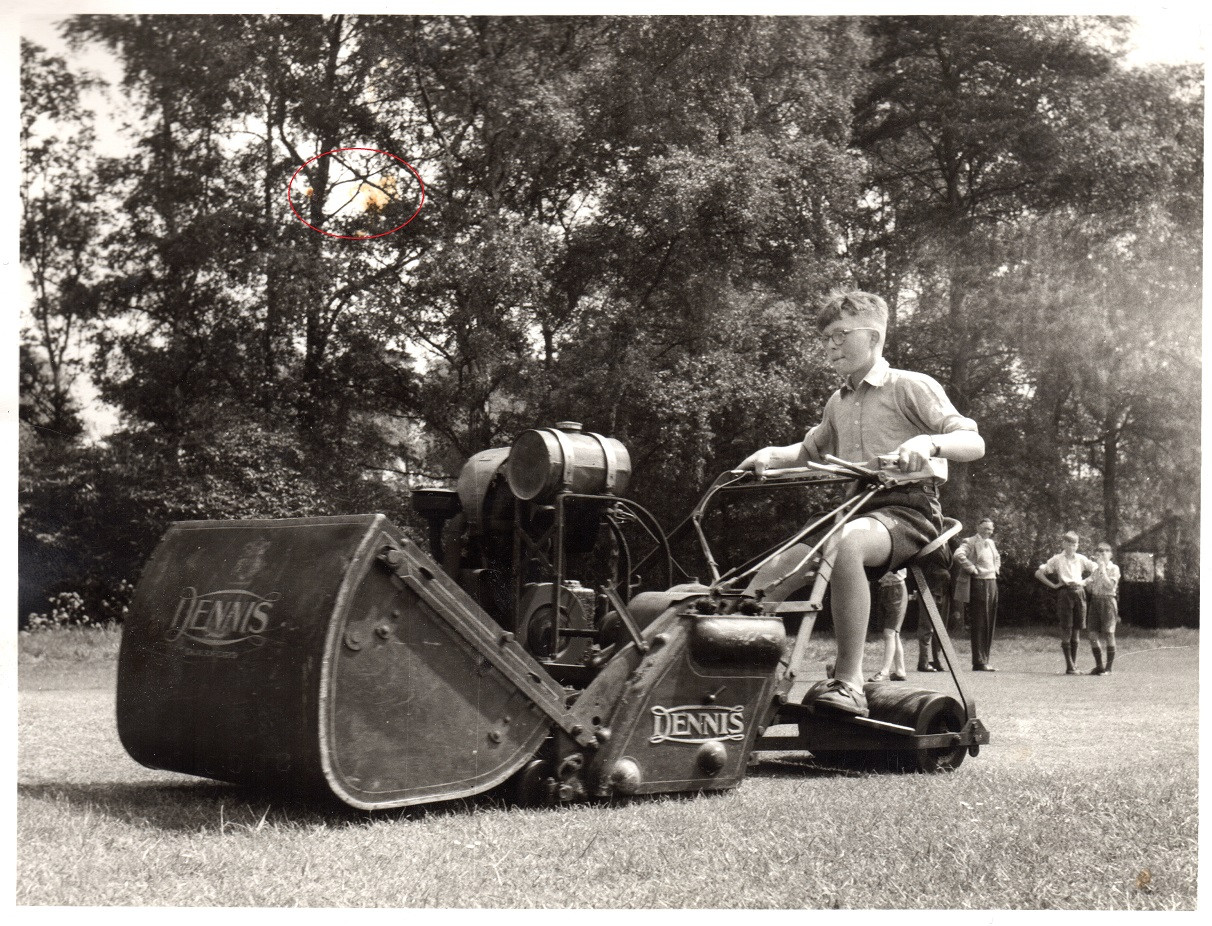 You have a monochrome picture. The reddish tint appears because unlike in the rest of the picture, the Blue channel has a lower value than the Red one (this is also a bit true for the Green channel).

You can eliminate the stain by reconstructing the picture from the Red channel: 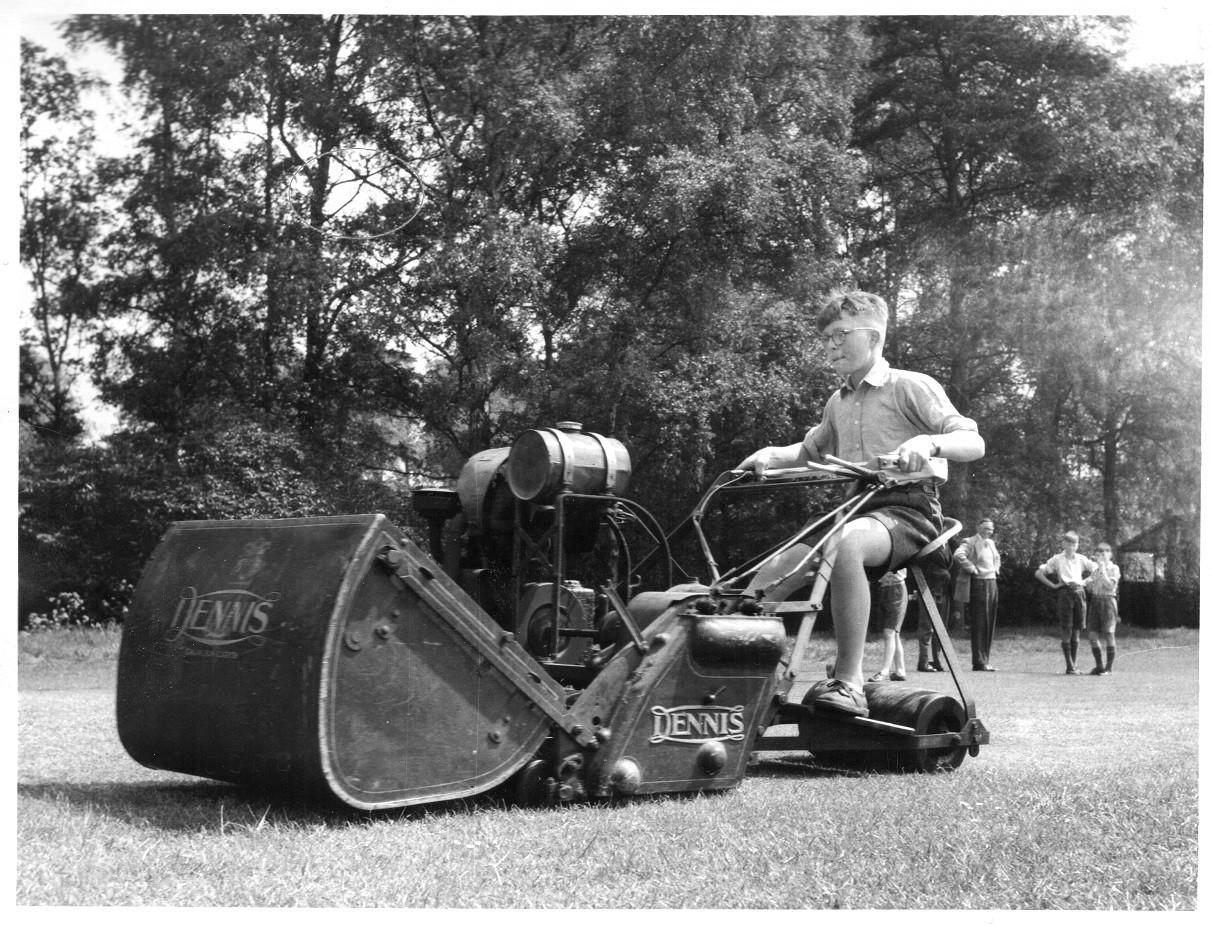 Insert a new empty top layer. Pick from a mid-gray area the sepia tone from the photo layer and fill the top layer with it. Let the blending mode of the top layer be = Color

That alone can be enough because the well saturated stain becomes nearly grey (=sepia) and keeps its brightness: 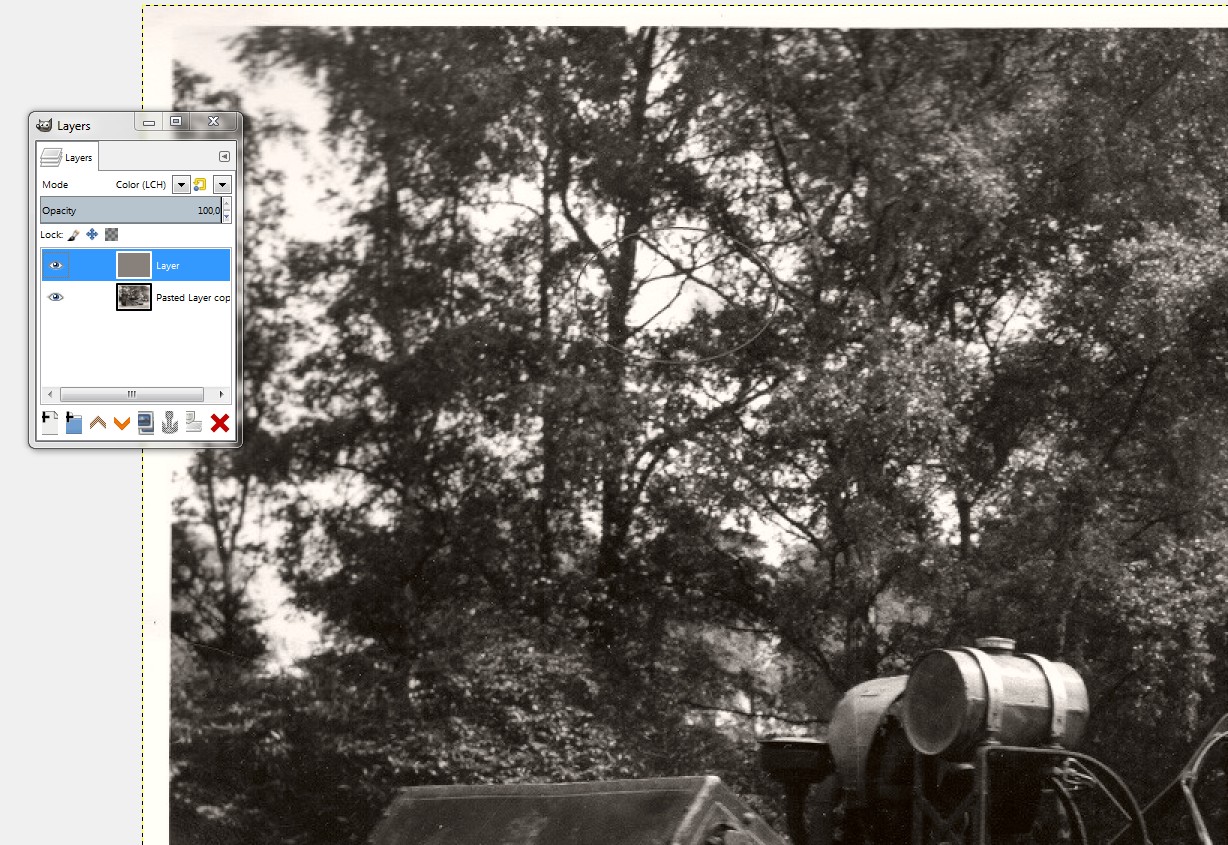 I guess you want to delete the edge ares of the sepia tone top layer if the white edges of the scanned photo are not full white. As well you can apply curves to the edge area to make it white in the photo layer, only make a selection. Here the edge area is selected in the photo and turned to white with curves. ===> sepia doesn't affect the edges. 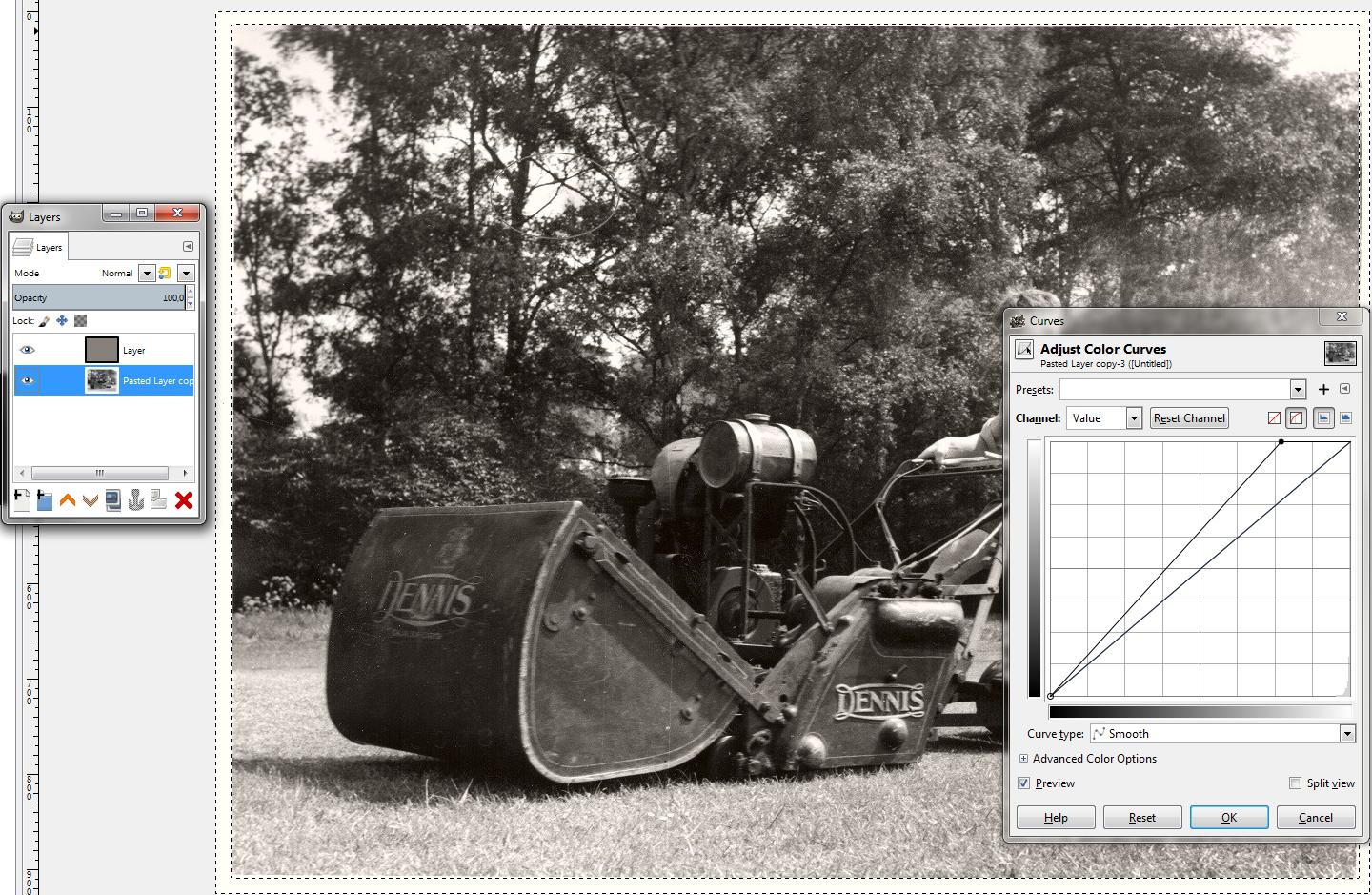 If the stain isn't bright enough it can be seen as grey. You cal fix it by making the photo layer to B&W with Mono Mixer, Boost red and reduce blue channel. It lifts the brightness of the stain but doesn't affect how the sepia in the top layer works.: 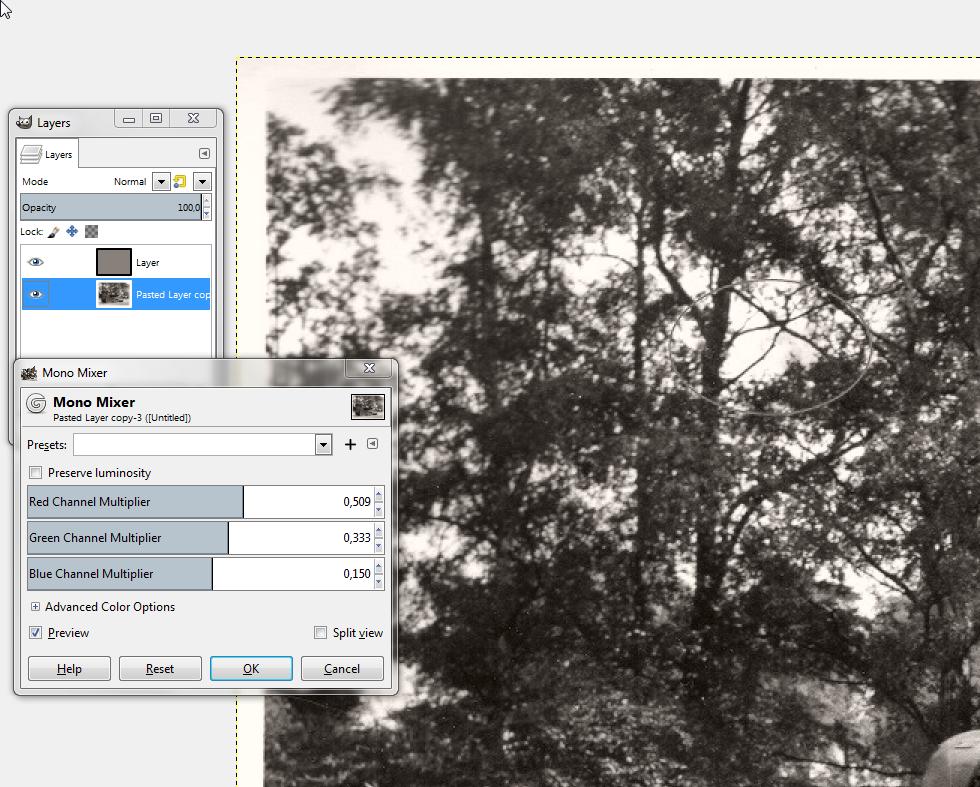 This is the result with no effect dialogs: 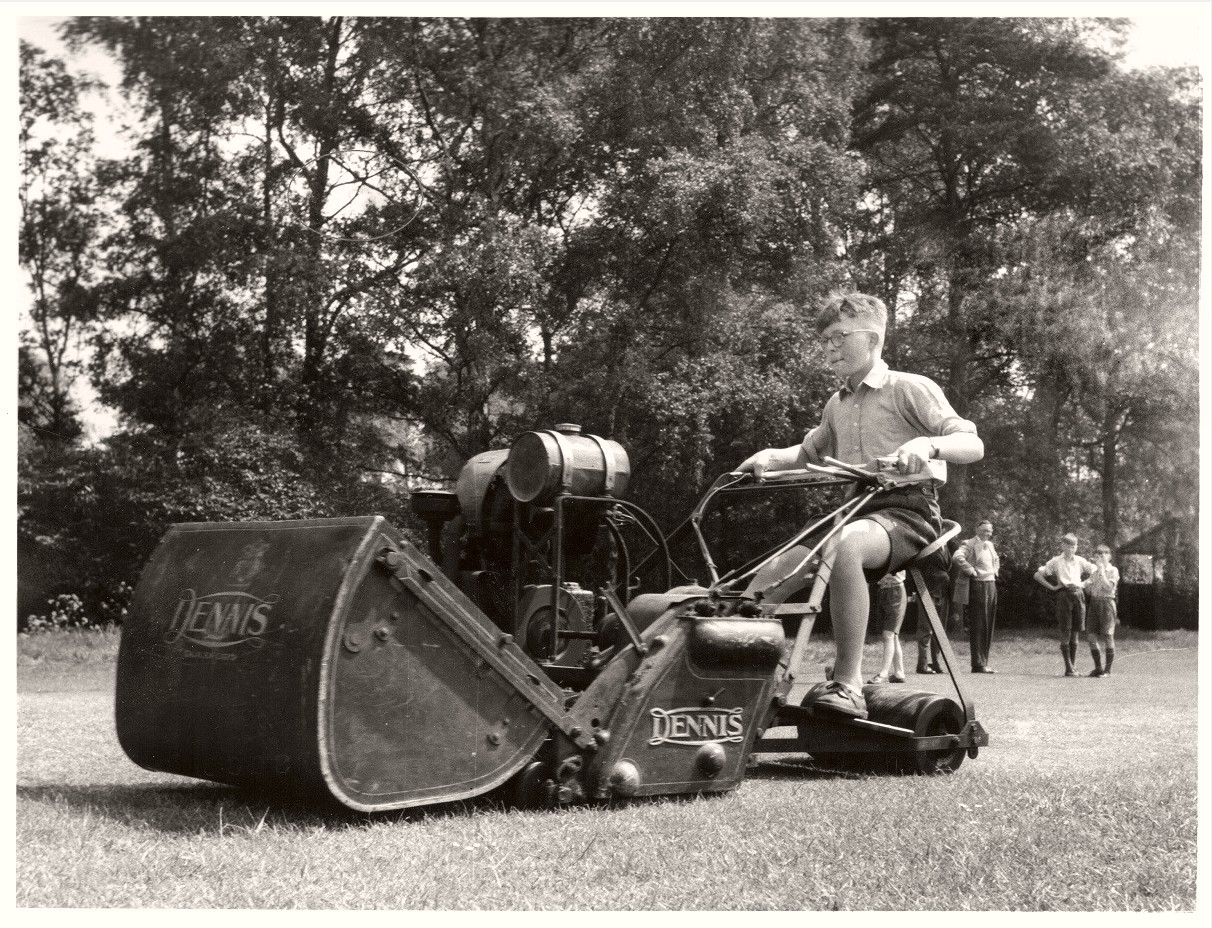 OOPS the image has one unwanted step too. The smoke cloud or a camera light leak in the right is thinned by increasing contrast locally. It's a layer duplicate in the bottom which has got contrast boost with curves.

The top layer is wiped a little off with the Eraser. The brush setting of the eraser is made smooth and low opacity. As well one could paint black to a fully white layer mask to make the higher contrast bottom layer gradually visible.

In GIMP choose the Paint Brush tool. In the tool options, set the brush blending mode to LCh Color

Paint with the brush over the stain

11
In GIMP, how do I use an image as a color reference to colorize a black-and-white photo?
2
Make a particular colour less bright
1
GIMP - how to make transparent brush from an image layer?
0
GIMP Bucket ignores saturation value
1
How to change background to white in other software than Adobe products?
1
GIMP (or others): How to remove background (by color) of several images in one step?
2
Selectively changing brightness and contrast in GIMP