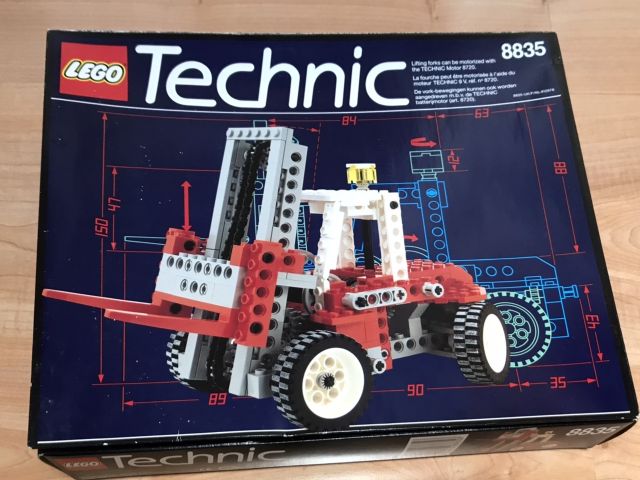 Its the red font used to indicate 'length.' It's probably really old since these boxes were printed 25+ years ago

They are numbers only. They can be a font which could be said it's slanted square or display. But you can draw them easily for ex. in Inkscape or Illustrator

Start from a square. Skew it horizontally (=shear in Illustrator) and split it to parts at the corner nodes. Let the line ends have rounded caps to get solid looking corners.

If you have snap to points ON and in Illustrator also Smart Guides = ON the parts snap together easily and you can build the numbers. As well you can have 8s and delete parts as needed.

Having full alphabet needs more segments than seven, but it's not impossible. In the past there were for. ex in calculators such led or plasma displays and they could show also texts such as function names or error messages. I guess that about 40 years ago dot matrix displays (and their software driven controllers) became cheap enough to be the mainstream in electronic devices. They needed such concept as font.

If you want to try to construct a segmented font you need a font editor. Inkscape has one inbuilt, but it makes SVG fonts which are not commonly used elsewhere. I do not know any other place than Inkscape where they work. Program Scanahand or online font generators can also be used to make a real font.

There are ready to use fonts which are made to resemble old led displays. An example: https://scruss.com/blog/2016/09/05/threefourtwotwo/

It tries to resemble 22-segment led display and it unfortunately has the gaps which are common in real led displays. 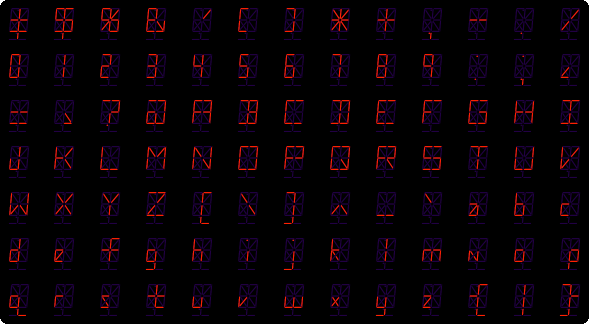 There are quite a lot of fonts in this style, so it's hard to be sure. LCD from Letraset and Quartz are pretty close.