In gimp how to create a silhouette/"Burn" a layer into another layer?

Well I have an (set of) image(s) and I wish to create silhouettes out of those. Based on the alpha value of the image (alpha is either 0 or 1 no intermediate values).

The idea I had was to create three layers: a white background layer, a black foreground layer and a third top layer with the image.

Then for the top layer select the right image each time and would pick a blend/layer mode so that it "burns" the alpha from the top layer on the bottom layer. Then I could just load all images into the layers, set the blend modes and make them visible one by one.

Is this possible, or would I have to go through the lengthy process of creating a selection, and making a path from this selection and then using that path as object to fill in the "black" layer. (which requires many more steps and with around a 100 images to process I'm not looking forward to that).

So say I have this image (and/or with the white replaced by a transparent region): 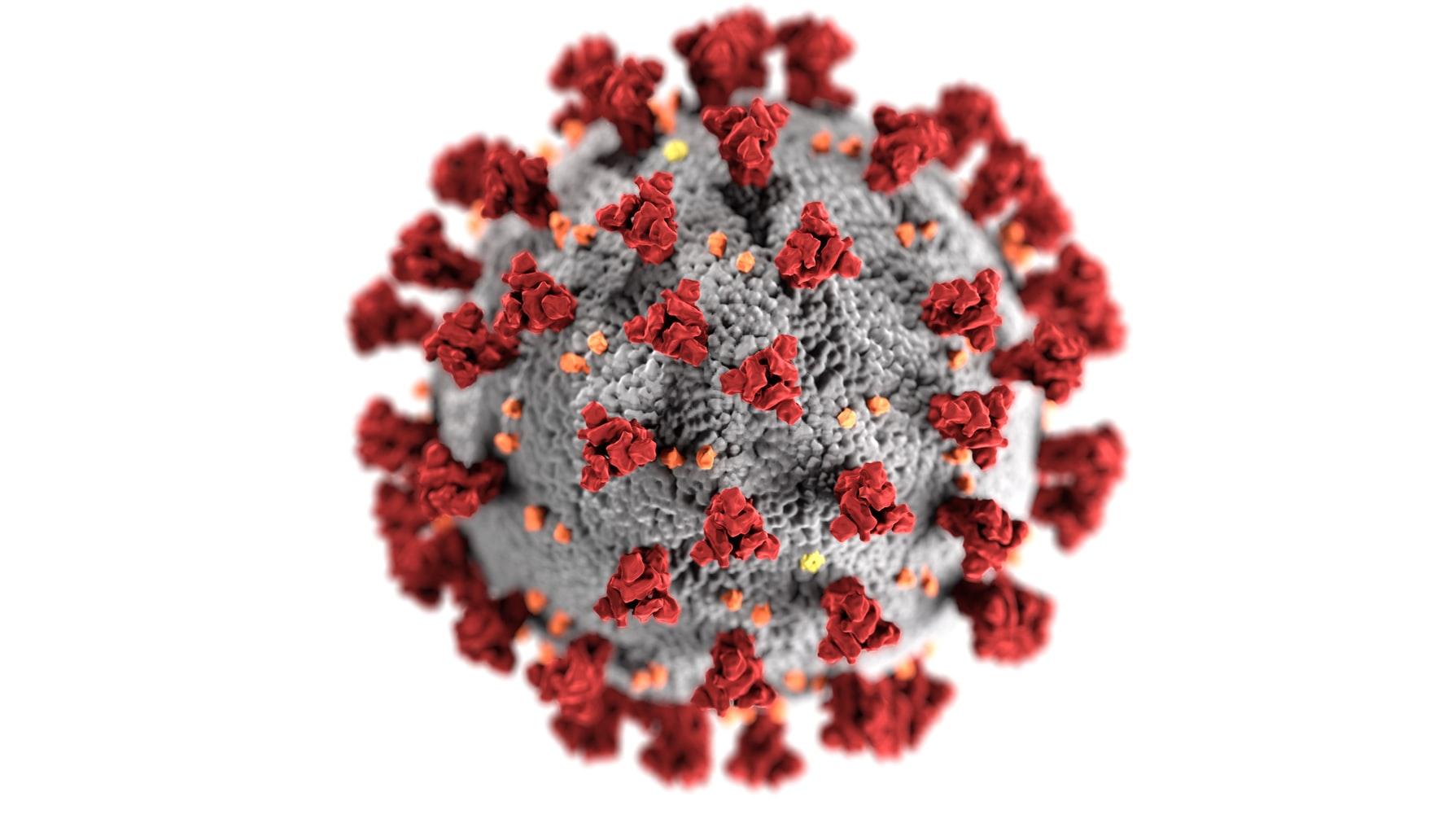 And I wish to create the following: 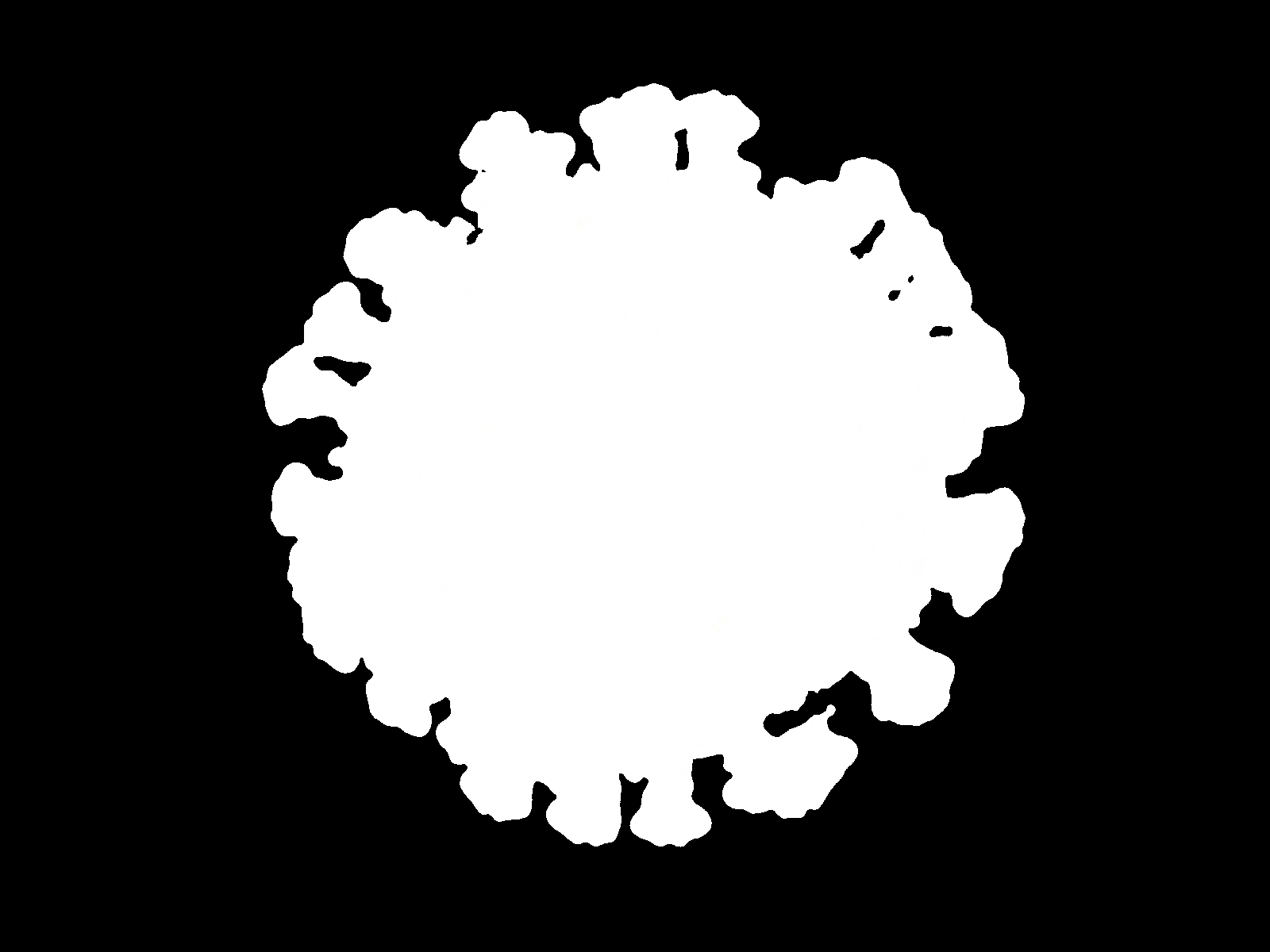 There are probably many ways you could do this. Here's one.

Another possibility is to use Colors > Components > Extract component, select "Alpha" as the component. Do it on a copy of the image layer if you want to keep the original 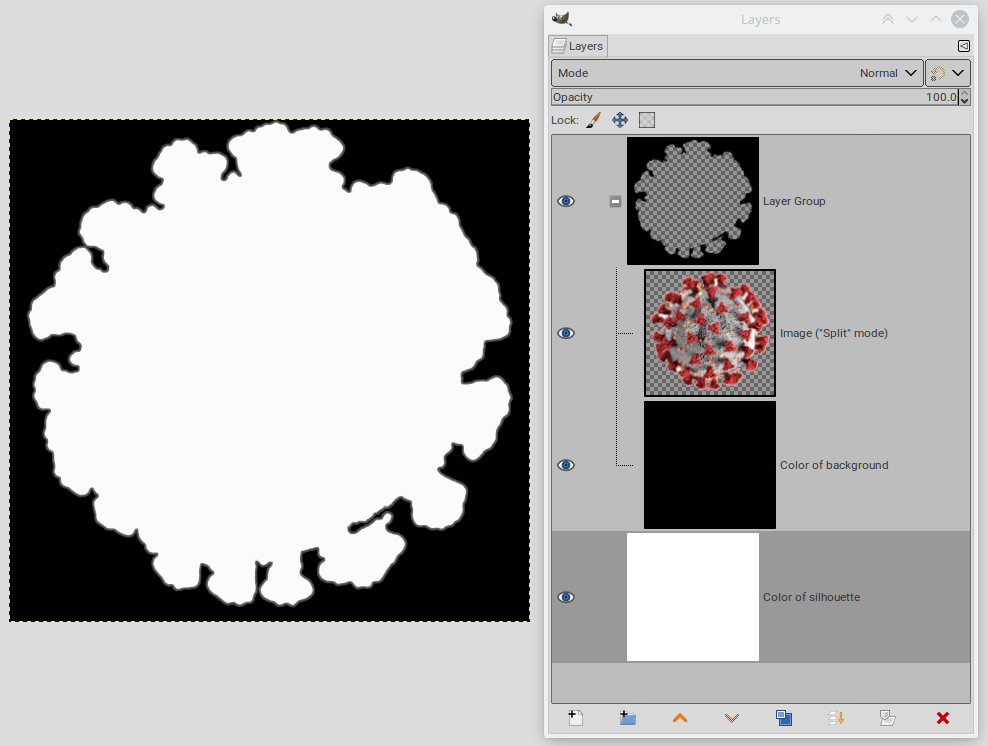 If you want to handle several images, you add them to the group. If you do not want to set every image to Split mode, put a layer group in Split mode where the image is, and add the images to is in Normal mode.

Layer groups are not just a convenient way to keep layers together. They also act like parentheses do in algebra.

Edit #2: the Erase mode (instead of Split) works just as well, and could be more appropriate (these blend modes are new and ill-documented)

Not the answer you're looking for? Browse other questions tagged gimp blend-modes or ask your own question.

2
Layer blending settings that turns greyscale value into transparency (subtracting lower layers)
5
Gimp: Add text to Layer Mask?
23
How to copy a layer group to another image in GIMP?
0
GIMP - edit mask layer to adjust visible region
0
How make all layer masks of different layers on GIMP affect just one layer?
1
How to create dropshadow on layer with alpha transparency in GIMP?
2
In GIMP, what is the equivilent to adding a 'spot channel' in PS ? Need a white layer below image and edges transparent for printing