How to use GREP to only style a part of the expression?

I like Johnny's Favorite to be styled differently. The first part, the dish, may contain separate words like: SPICEY CHICKEN. However the dish is always written in capitals.

Only now the dish is styled too. I am only interested in the favorite part, but it must begin with dish to validate. So I thought maybe I had to group it like so: [^a-z]+ ([A-Z][^A-Z]+ Favorite). But that didn't make any difference.

This should work in your case:

or the more general:

(?<=\u ) - first we search for any uppercase character followed by a space (the end of an uppercase word), wrapped in a positive lookbehind so we don't include the match

\u - followed by any uppercase character

.* - followed by zero or more characters of any kind

Works both with GREP Styles: 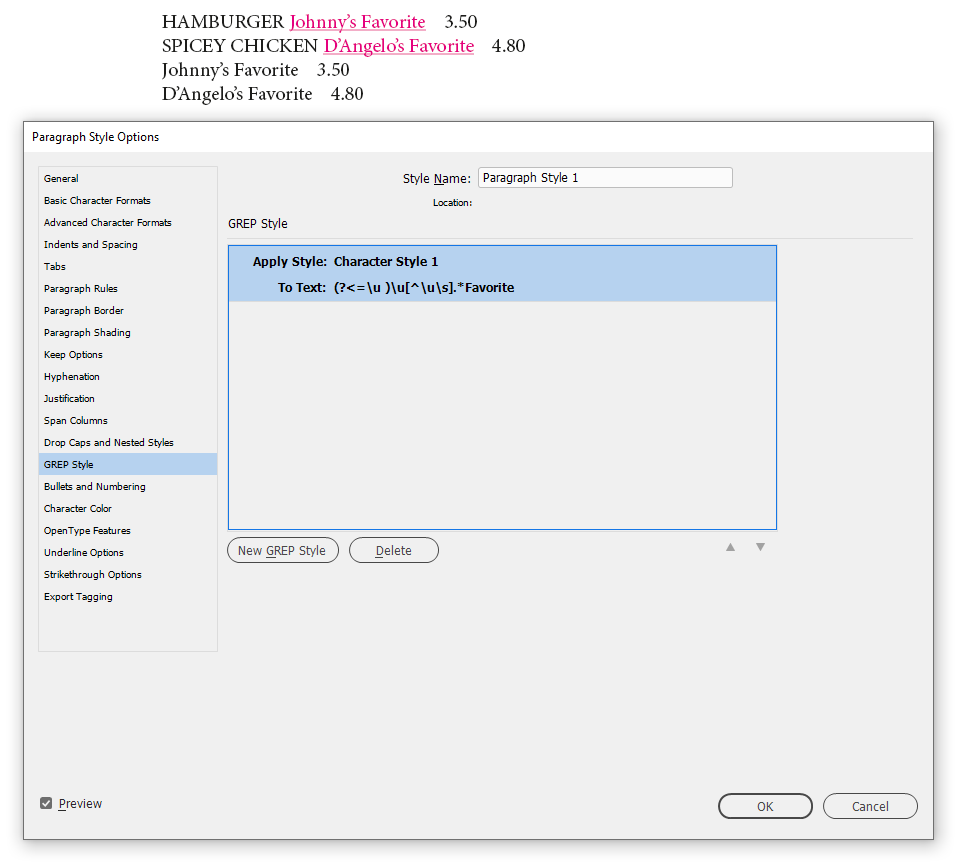 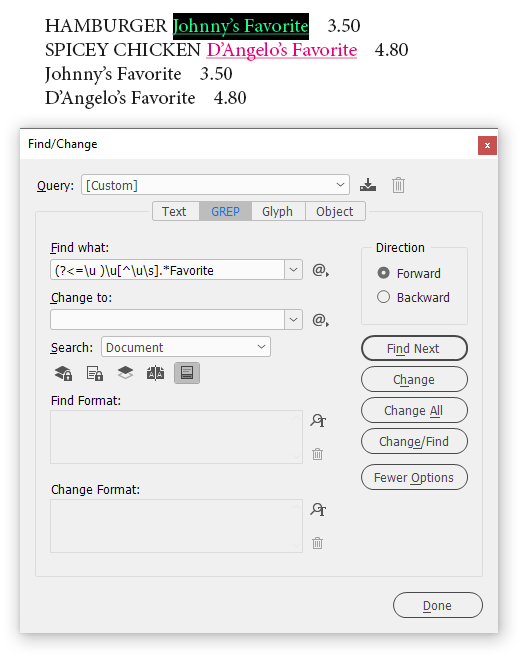 Given your very specific requirements, this pattern will work: