How to plot a plate with a specific wavy pattern with Adobe Illustrator?

Can anyone please help me with plotting two kinds of wavy plates using Adobe Illustrator. What in my mind are something like this.

Thank you very much!

Illustrator's 3D effects are underpowered for drawing the wanted plate number 2 easily. With a 3D program one would make it in few minutes and any viewing direction would be as easy.

Drawing it in 2D from scratch (=not importing from 3D) is, of course possible, but the plate should be seen to be sure how it should be drawn.

To see it I made this in a CAD program. It's far from photorealistic.: 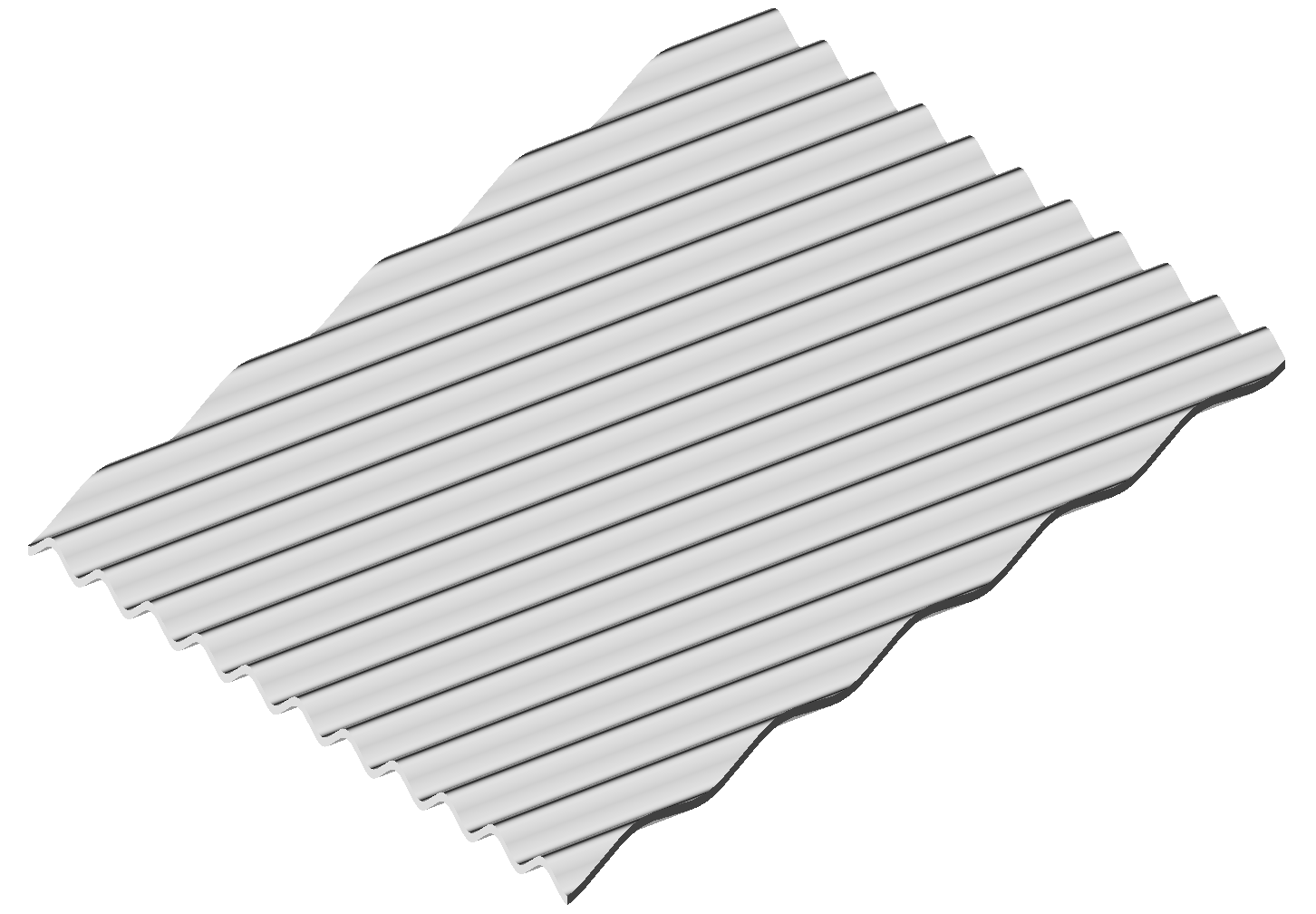 It shows that from certain direction so little of bottom side is visible than it can be omitted without substantial error and still all edges are wavy. The edges are skewed sine curves. The apparent thickness could be achieved by stroke width, offset path or by making a shifted copy. The last is easy option but it makes the plate thickness uneven. I guess It can be accepted.

One can also see that all edges are sinusoidal with the same amplitude, only the wavelengths are different. So one can start by drawing the sine curves for the edges. The curve should be simple and have nodes at top and bottom, so it's easiest to replicate 2 node paths: 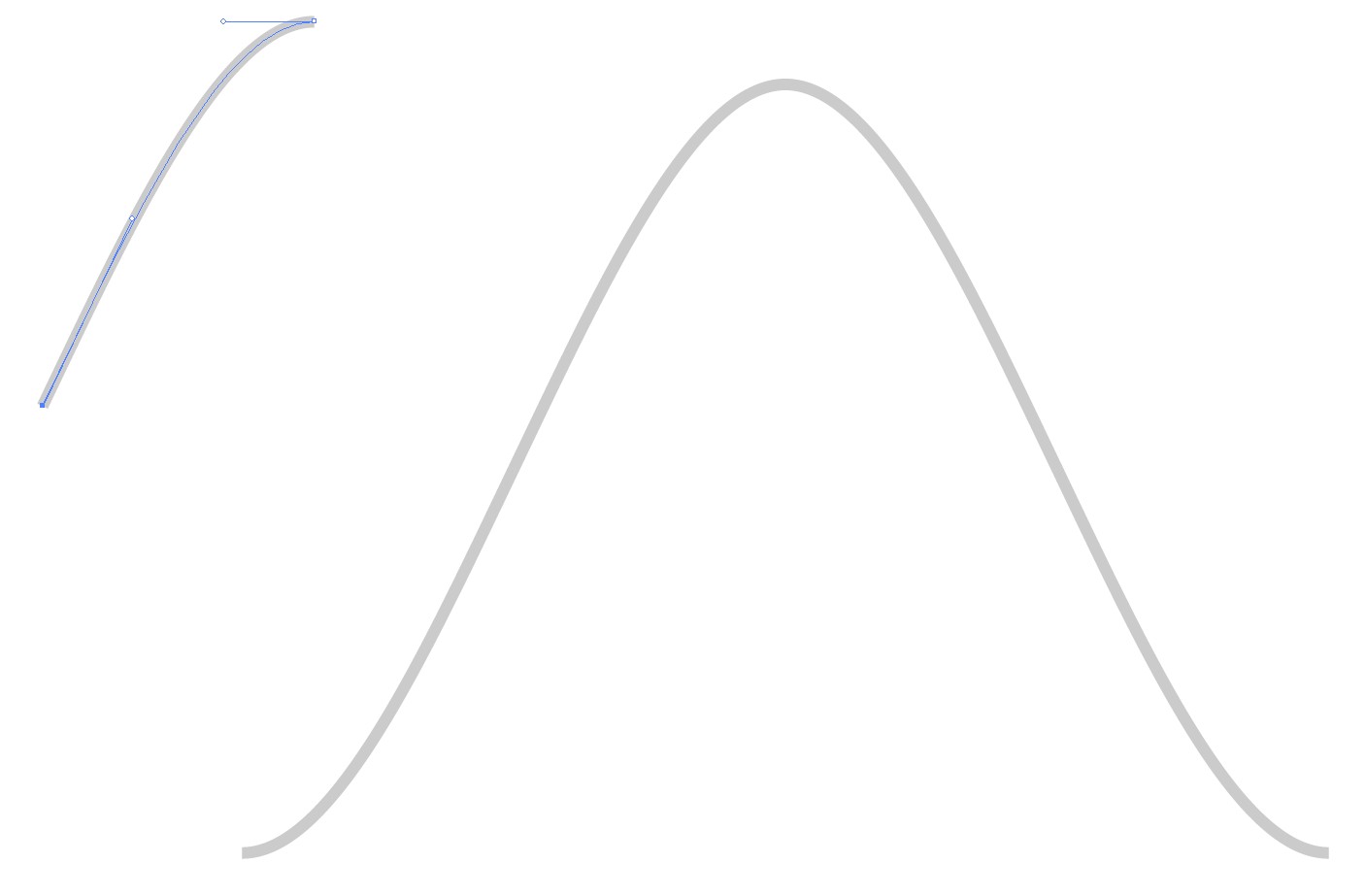 These are my edge curves - they have same amplitude, different wavelengths and different numbers of full sine periods which can be selected arbitarily:

The CAD program was needed to see which kinds of curves can be used and what viewing direction shows the waviness of all edges, but maybe saves some work. Now the rest is only putting the parts together in 2D.

One gets the outline of the top surface of the plate by duplicating and skewing the curves. I used vertical skew angles plus 30 degrees and minus 30 degrees: 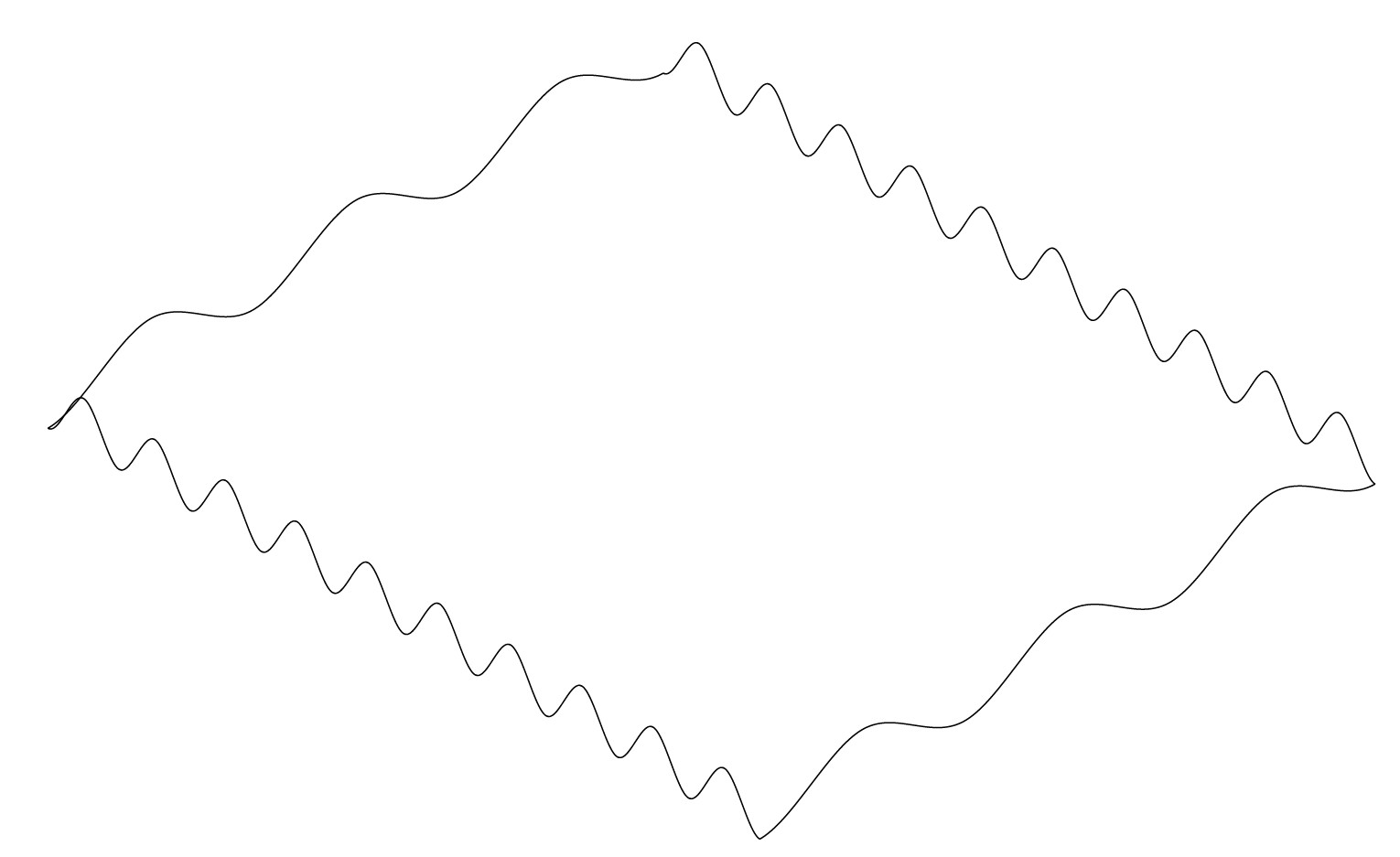 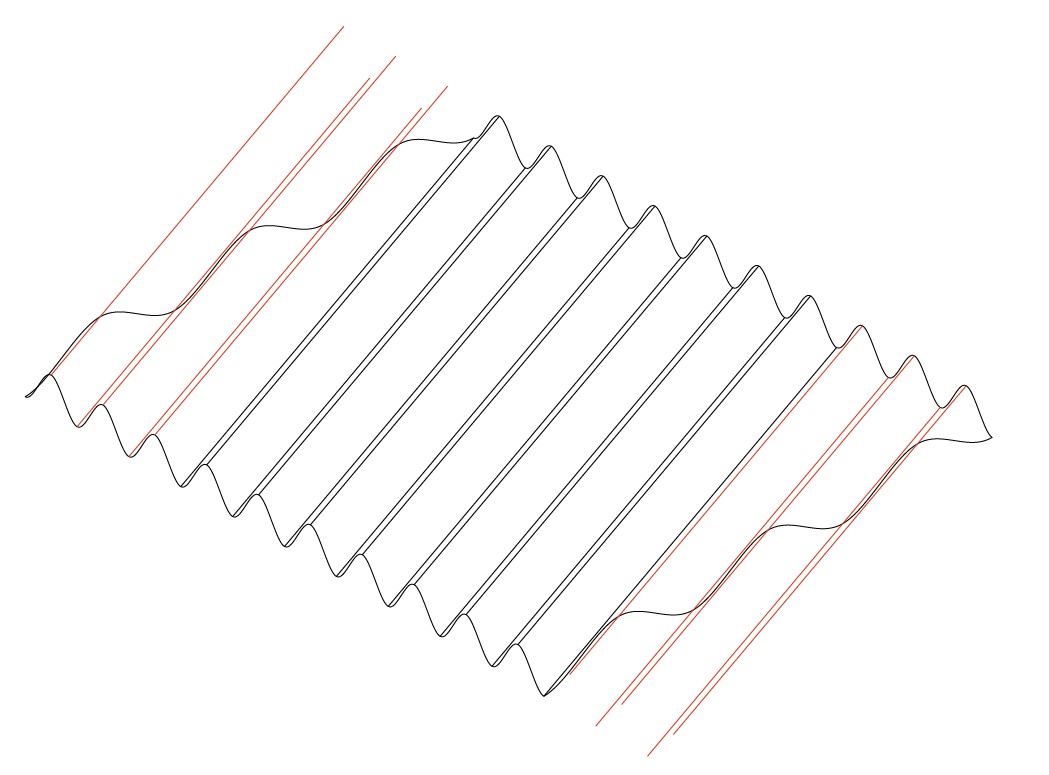 They are shortened with the Shape Builder without causing wrong snaps to unwanted nodes on the short sides. The fake thickness is made by inserting copies of the edge curves and short lines at the cusps:

As said ,this is fake. It makes the plate thickness non-uniform.

The left corner needs fixing because there should be a hidden line and the leftmost edge of the ridge is missing: 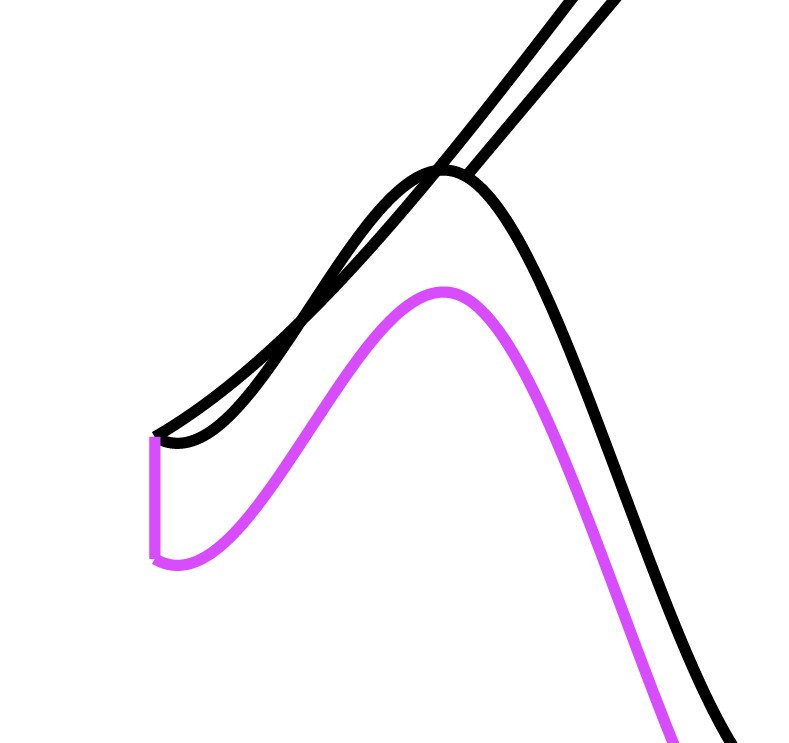 One can remove the extras with the shape builder without moving the rest. After wiping off the hidden lines, inserting a missing line and coloring all black the corner is this: 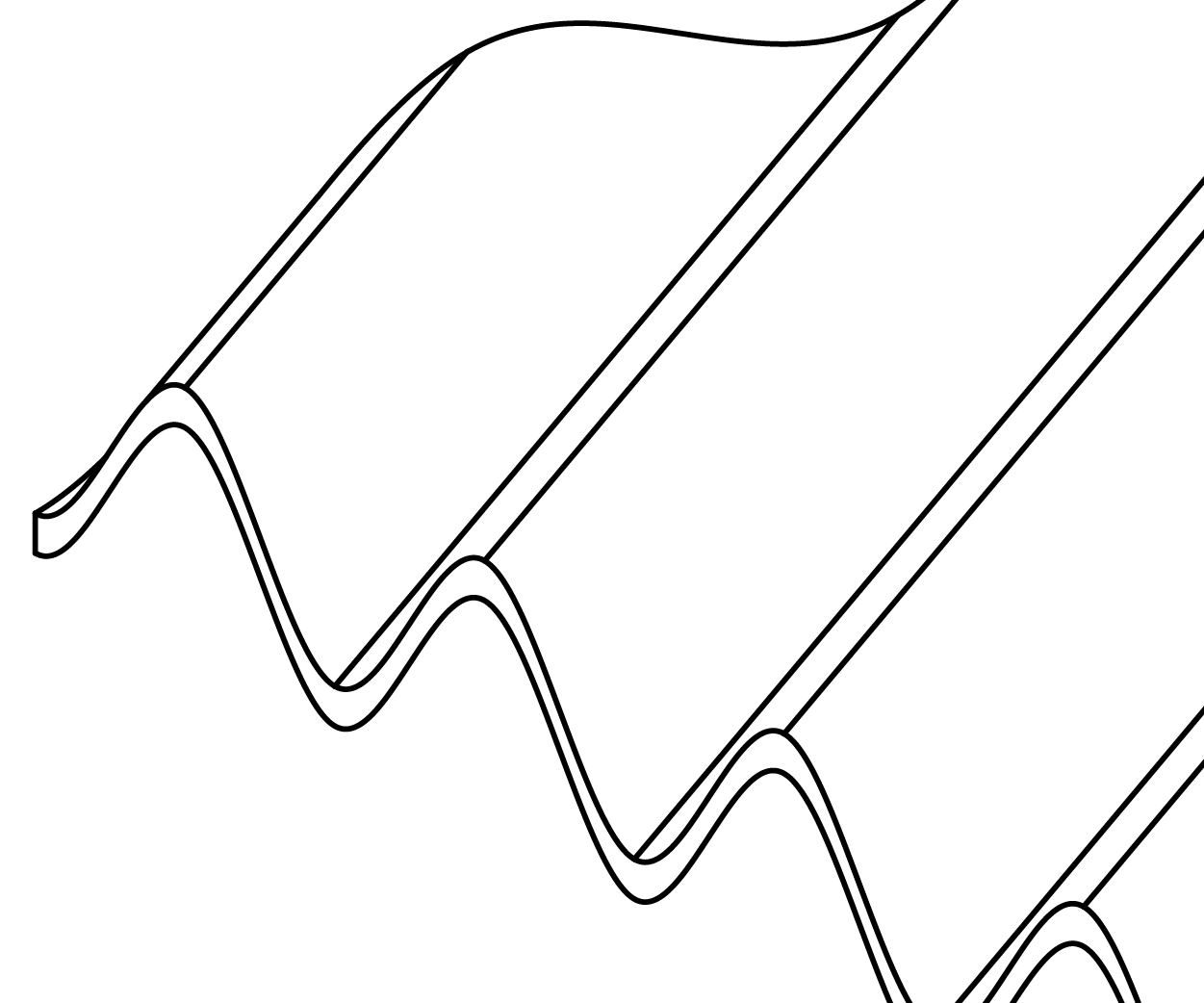 The line ends are made round to avoid weird joints.

The next step is to insert shading. I made closed areas with the Shape Builder and inserted only solid fill colors. 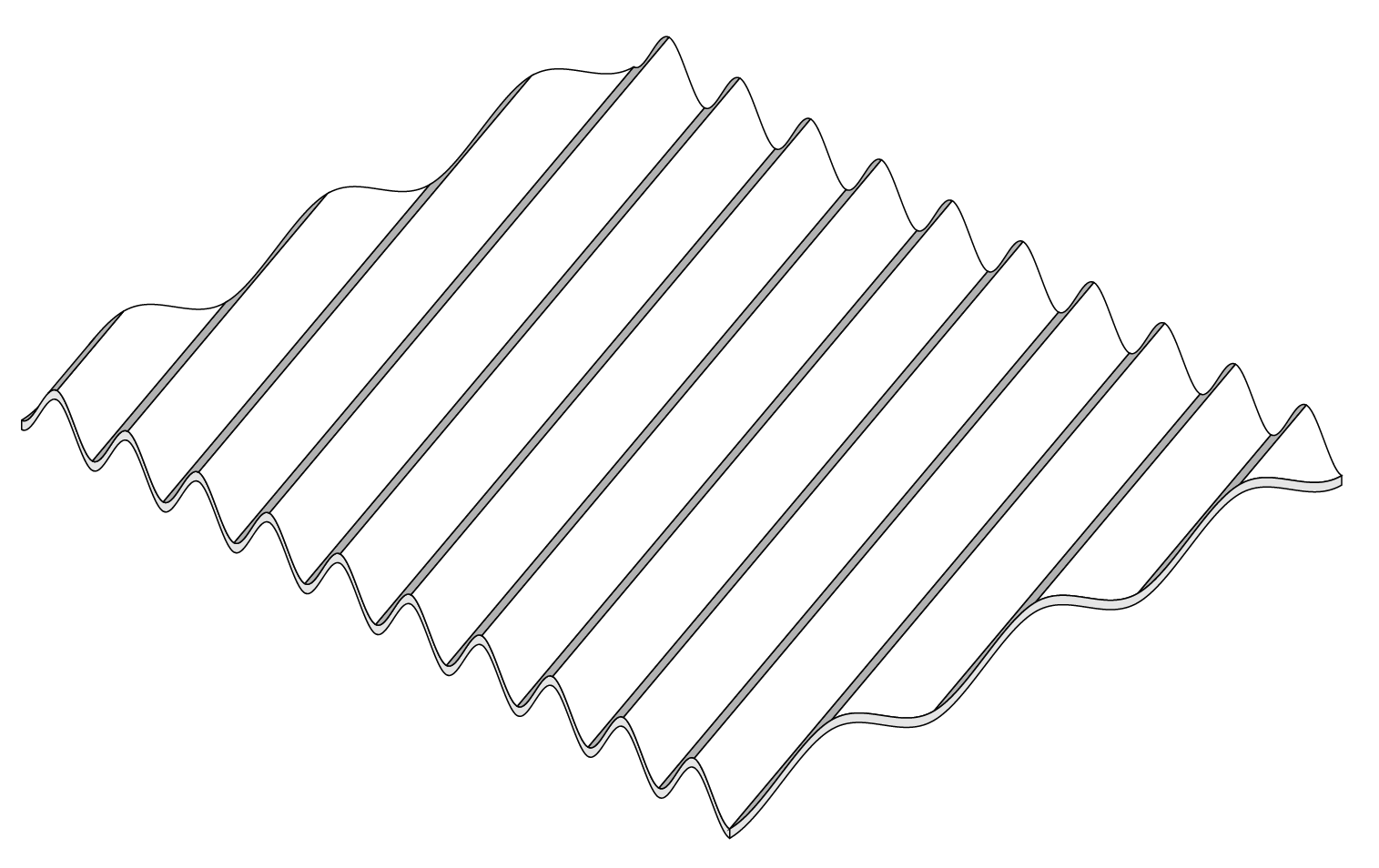 More plausible result would be possible with gradients and by removing the strokes.

It may be good enough for something, but the list of cut corners is long:

BTW. The same edge curves are valid also for other wave directions. There's much more hidden lines, but it's no problem to delete the extras with the Shape Builder. Here's the result without coloring attempts: 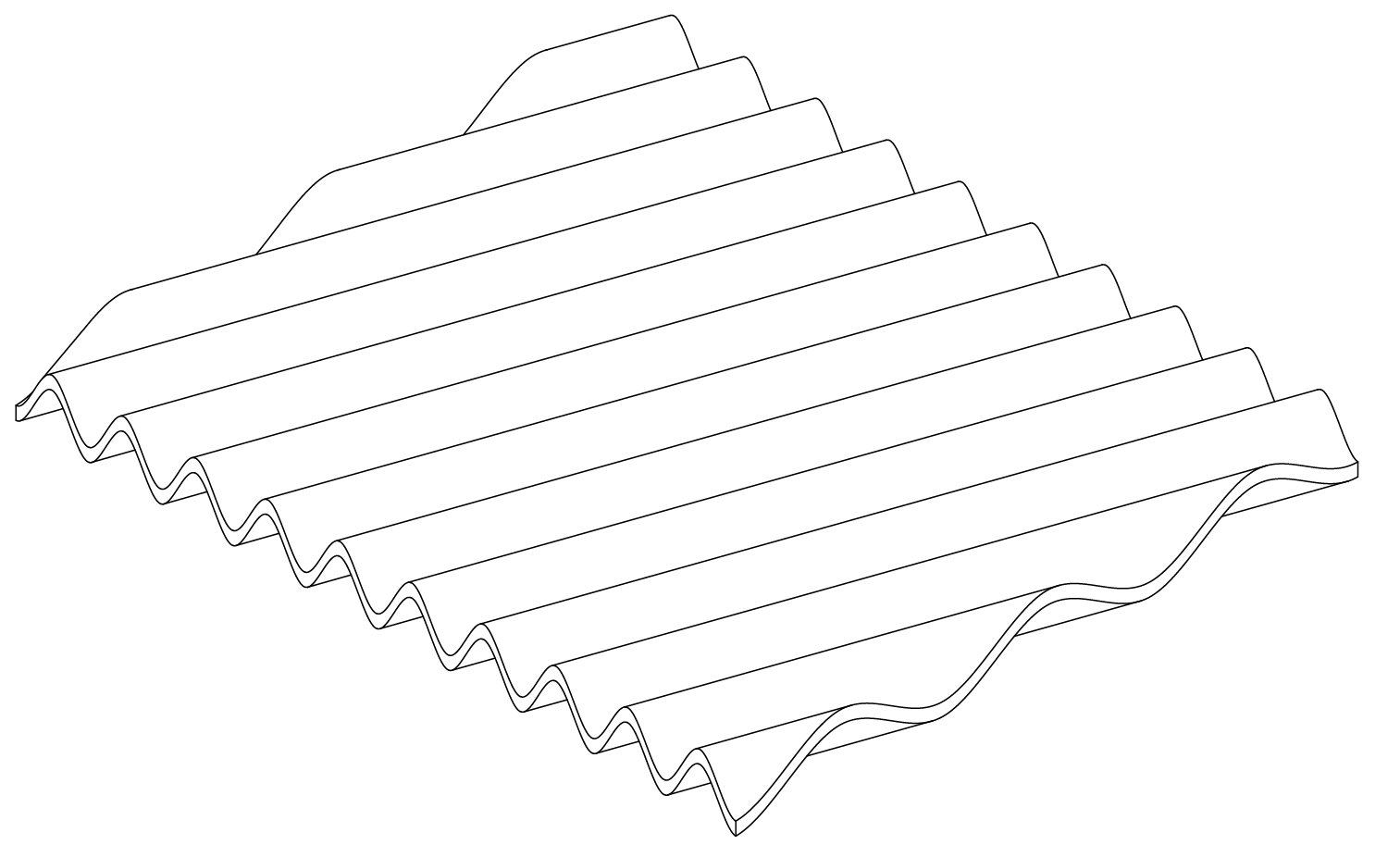 The nodes on the sine curves were useless for snapping in this case. The drawn form lines were eyeballed to right places. Fortunately all lines have the same direction and Smart Guides gave clear indication when a line end was on a curve.

I've no idea what the rightmost drawing is supposed to represent. Sorry. However, it's easy enough to make a wavy plate/surface using 3D Extrude and Bevel. The shape on the left is straight line, with a Zig Zag effect applied, then Expanded to make a shape to use for the 3D extrusion. 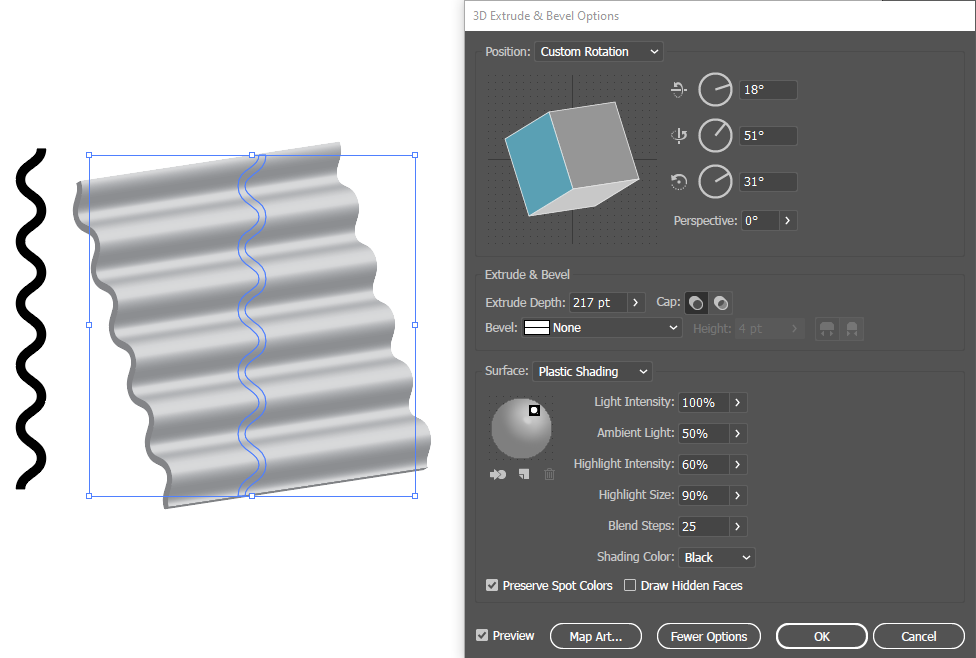 It can of course be rotated to any desired angle 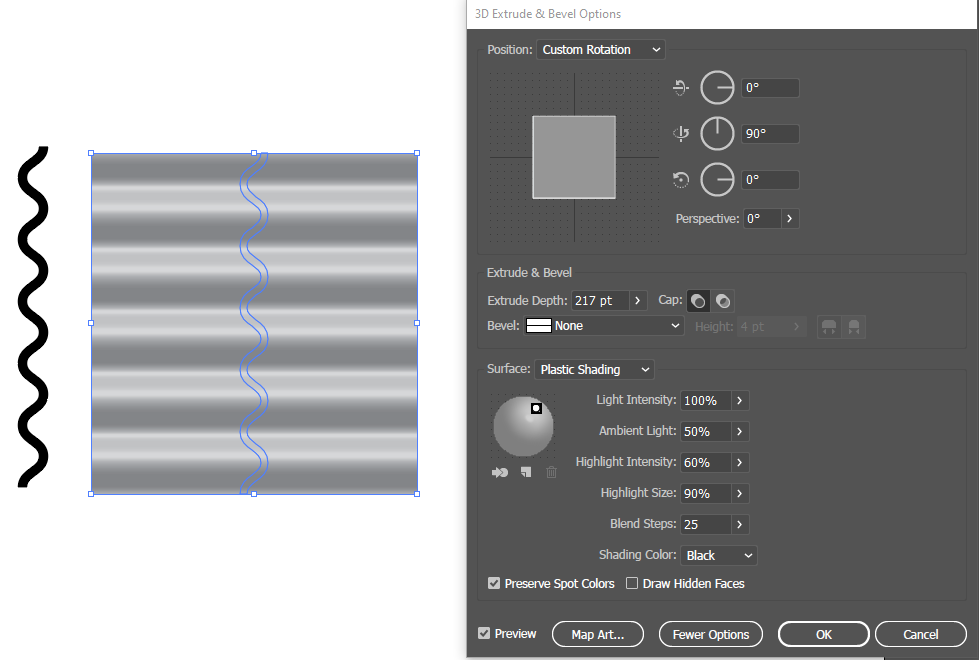 I'm writing an answer for 2nd type of plate inspired from Billy's answer and joojaa's comments. 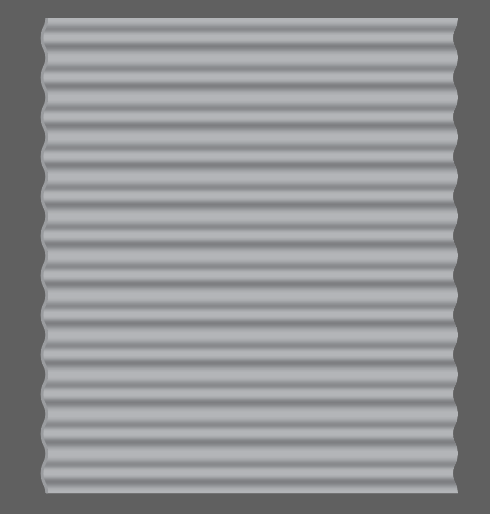 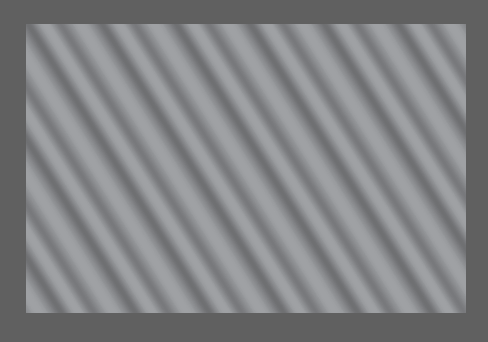 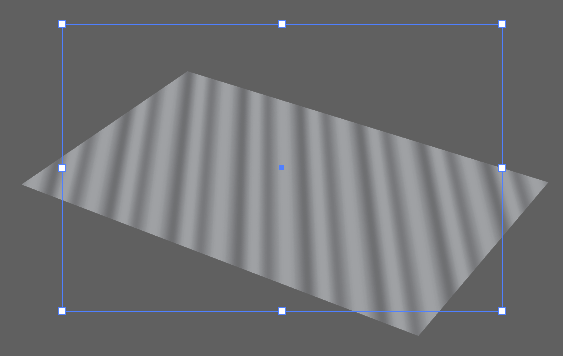 Further you can use Photoshop for minor tweaks. 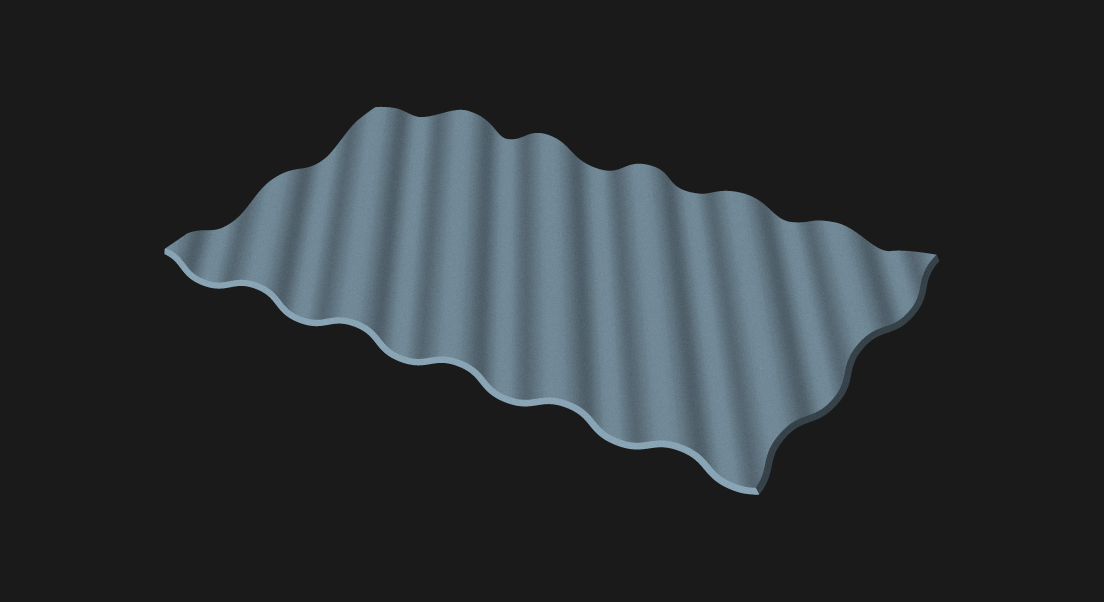 Note: It will take a lot of time if you aren't experienced with Illustrator 3D and rotate tool. For example, it took me around 3 hours to do this (my PC is also a bit slow for 3D). The cross section edge still looks a bit flat. I couldn't figure out a way at this time to make it more realistic but you can experiment.

If you can invest a lot of time and attention to details, you can proceed. Otherwise I think 3D software could be a better solution.

You can try following approach also. When you apply extrude to the zig-zag stroke, rotate it something like this: 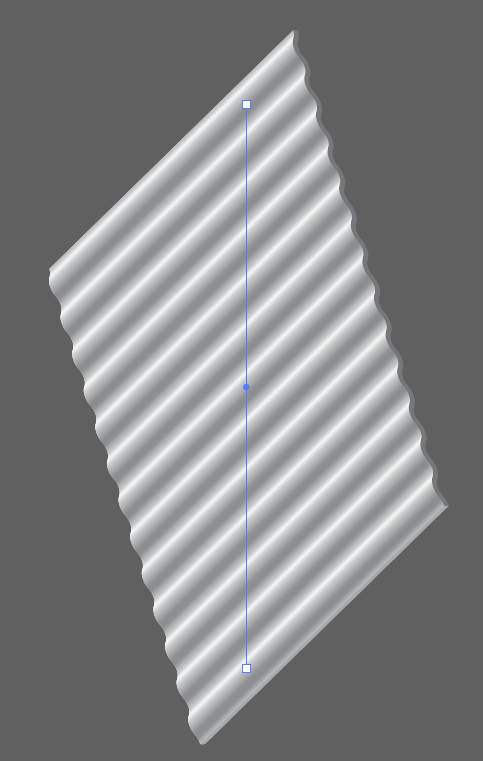 Then expand it, make it vertical and crop it using a rectangle clipping mask. 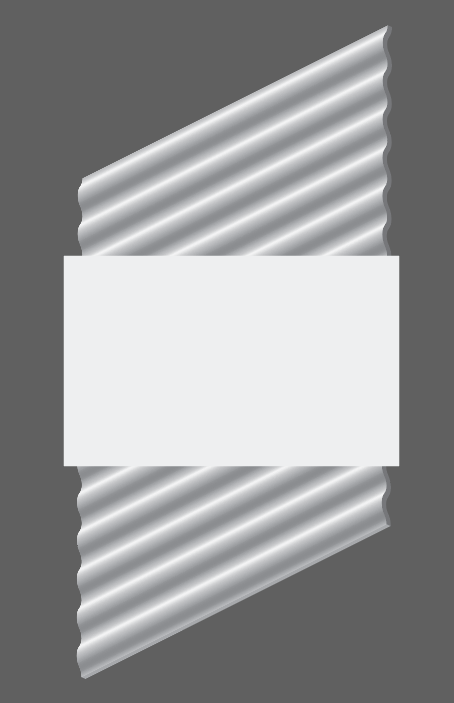 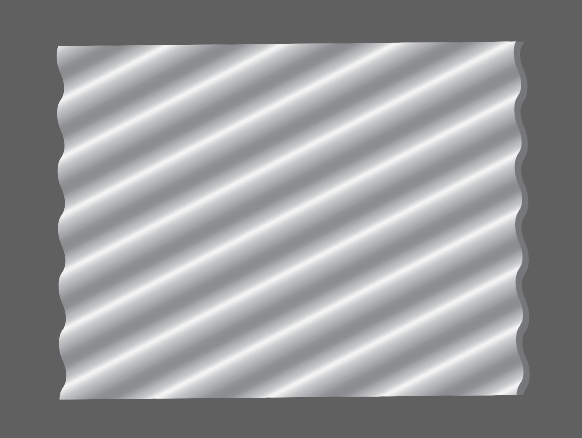 You'll still need to give it some perspective/rotation again (but only a very small amount otherwise it will affect existing cross section and curves) using 3D rotate & Bevel and manually add cross section effect and curves.

Not the answer you're looking for? Browse other questions tagged adobe-illustrator shapes patterns or ask your own question.