I have a few questions about my page layout.

Thank you very much in advance for any opinion or critique! Helpful critique and tips are very much appreciated! 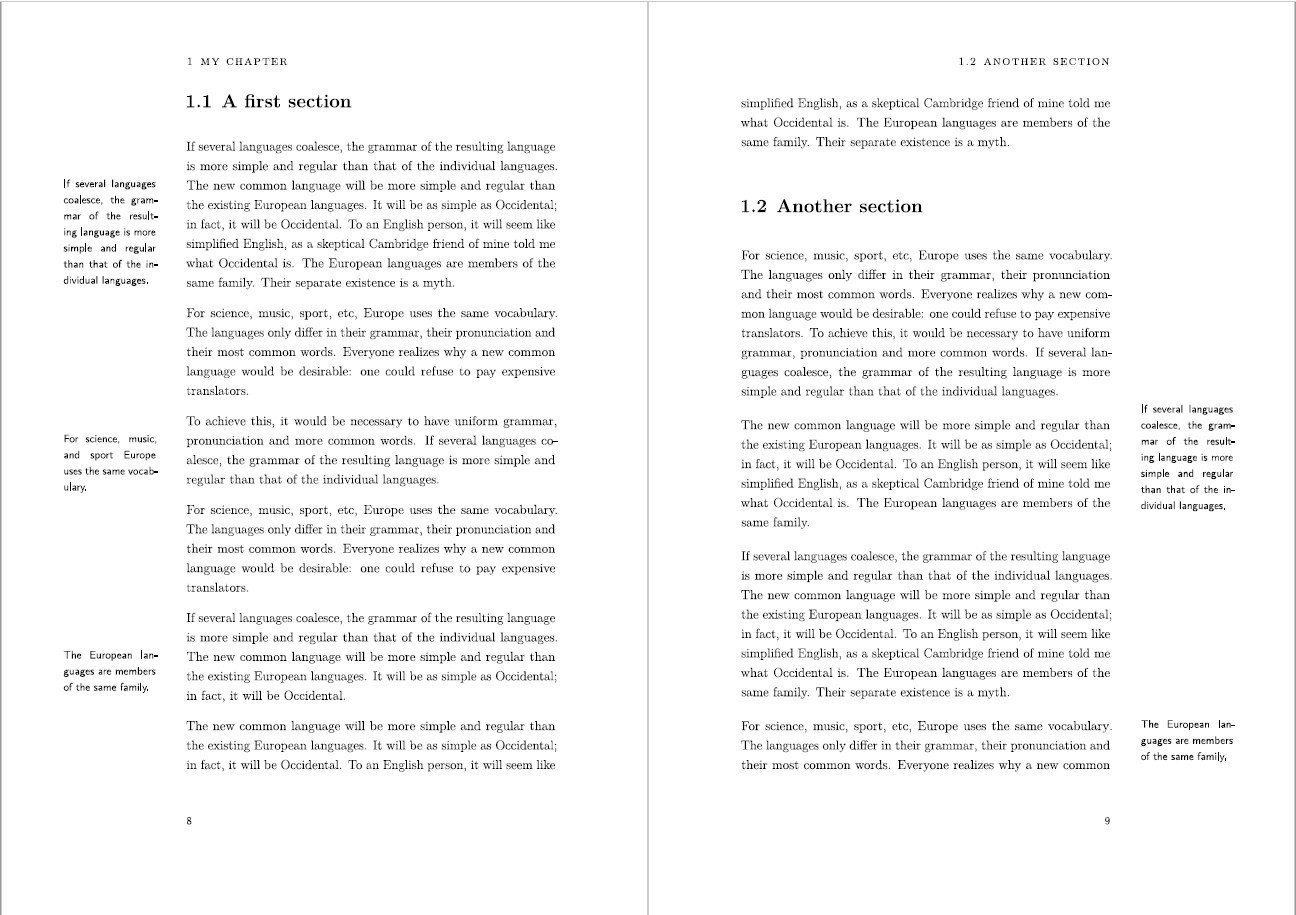 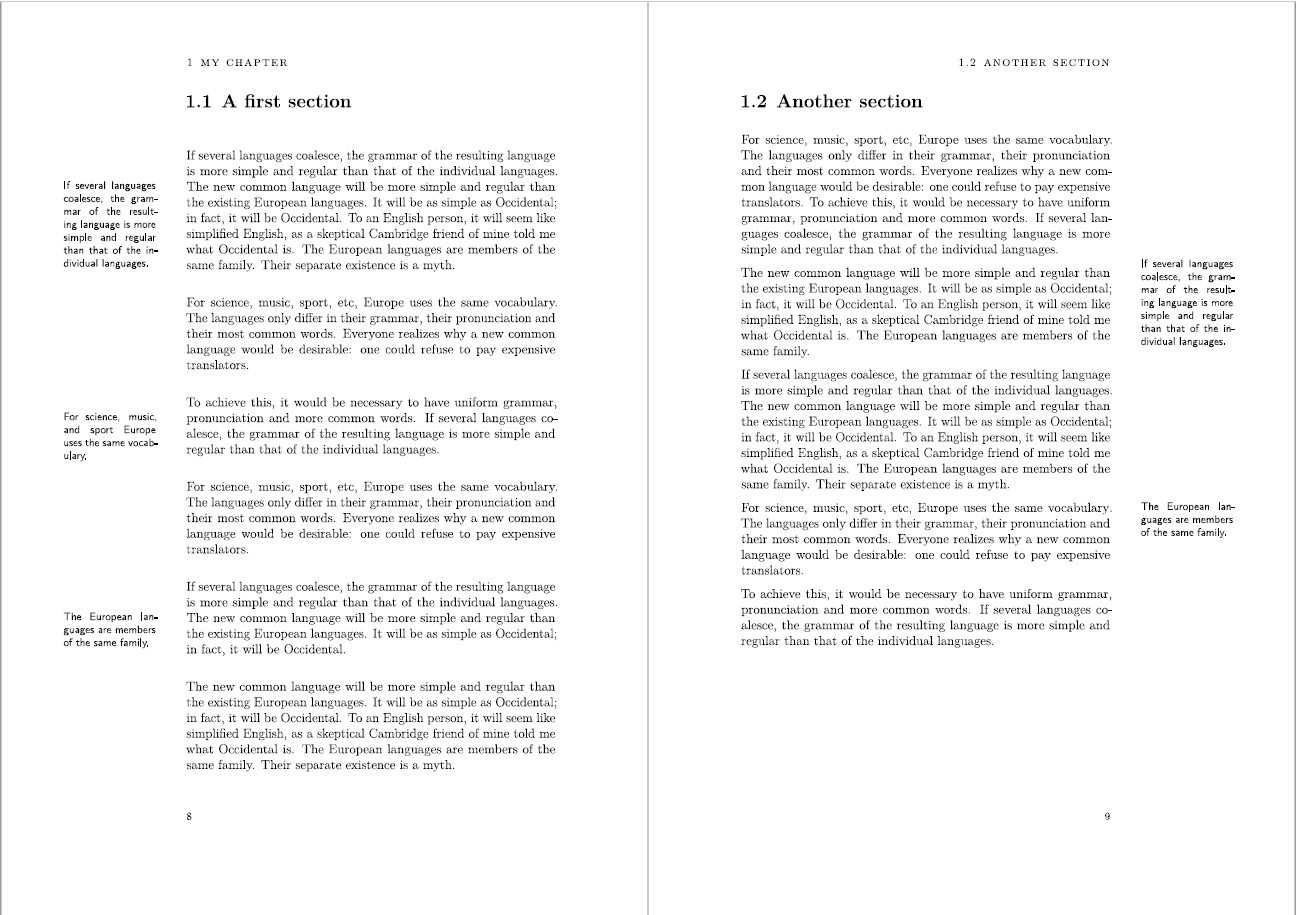 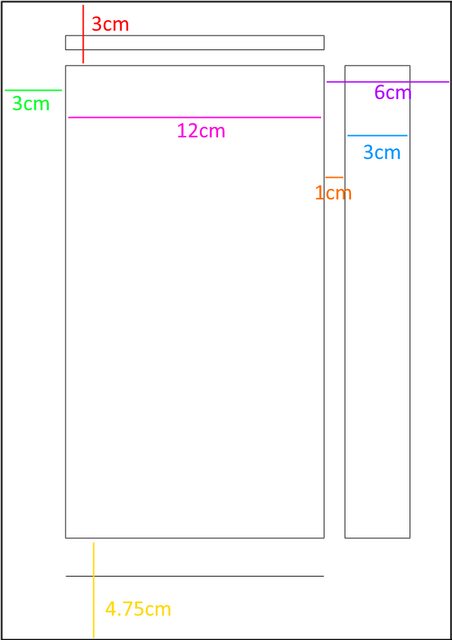 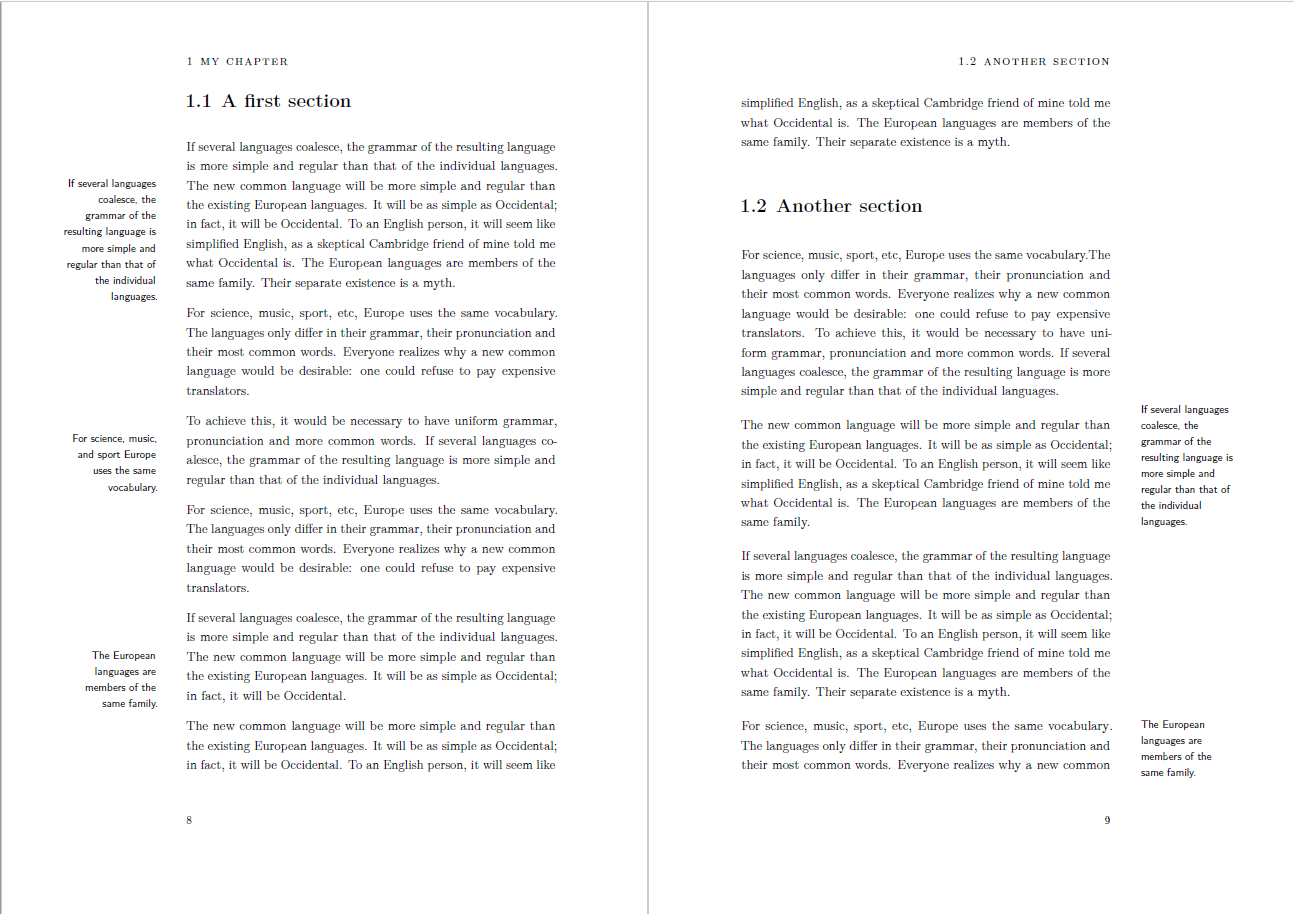 In general I think you are on the right track with this layout. I will comment on your doubts and add a few extra observations.

In my opinion, the page numbers are not too small. It's a typical beginner's mistake to make big and bold page numbers. They are an important tool, but they shouldn't attract too much attention. They could perhaps be a tiny bit more visible. There is no rule that page numbers must be the same size as used elsewhere on the page. They can be a point larger or semi-bold perhaps. They could also be set in sans-serif. All valid choices.

The positioning of the page numbers is pretty classical and works fine. You also have other possibilities. Here are three of them shown with magenta squares: 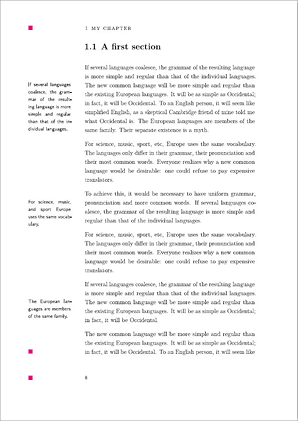 If you do choose to move the page numbers up in the top of the page, you are right that the whitespace in the bottom will be too much. In that case you could consider moving the whole body text 1 or 2 lines down. maybe even add another line.

You talk about leading in terms of "single-spaced" and "One and a half-spaced". You must be using LaTeX, Word or some other program which encourages this way of thinking. I would call it leading and think in points or sometimes millimeters. Absolute measurement instead of relative.

I think the leading should be somewhere in-between the two examples you show, but the main problem here is that you don't snap to a baseline grid. The headings, having relative leading, don't take up an equal number of lines of the body text and each paragraph of the body text have less space after than a whole line. This results in the lines constantly shifting.

It seems that your layout program regards 18 pt. as "one and a half-spaced" (it also seems to regard 14.4 pt. as "single-spaced", so I don't understand the logic behind this). Here I've drawn lines with 18 pt. distance in cyan and the margins in magenta: 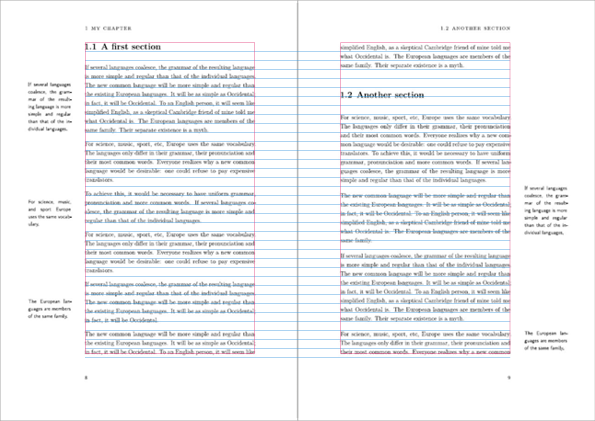 (How you manage to make both pages end on the lower margin is a riddle to me. I guess the layout program somehow distributes the space to achieve this? Or it's just luck.)

In my opinion, the lines in a book must always snap to a baseline grid, so the lines on the left and right page are aligned. Otherwise it gives a messy overall appearance.

How to achieve this in practice is a bit too much to explain here.

This answer is related.

The margins look well-balanced to me. The inner margin isn't too wide in my opinion. When binding the book, you will loose some of the inner margin and it will seem smaller on the physical book. Perhaps about 5 mm or more. Partly because 1-2 mm are actually lost in the glue, but also because the paper bends and you don't see the inner part of the pages perpendicularly.

Read Wikipedia's article about canons of page construction, but be aware that these rules are often (if not always) broken in modern typography. It's just nice to know the history behind.

The margin texts shouldn't have full justification, but be left-aligned or perhaps even aligned towards the spine (right-aligned on left pages and left-aligned on right pages). Otherwise the word spacing become too inconsistent.

It annoys my eye that the margin texts doesn't in any way align with the body text: 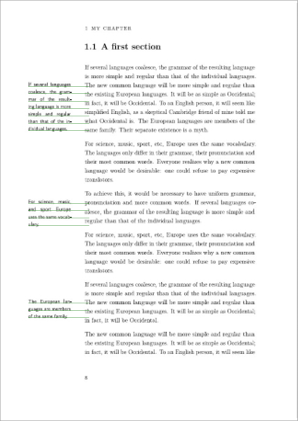 Space Before and After Headings

The space around your headings is distributed roughly 4 to 3 (4 parts before, 3 parts after): 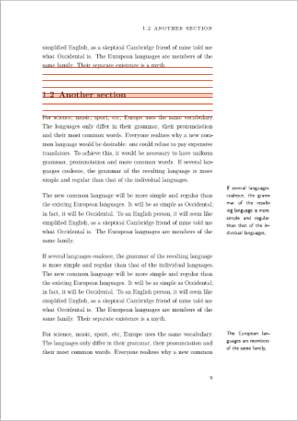 This is just enough to make sure the heading seems to belong to the following paragraph instead of the previous, but personally I would like the difference to be a little bigger and make something closer to 2 to 1 (2 parts before, 1 part after). So in other words the double amount of space before the heading as after. This is mostly a matter of preference.

In all honesty this design looks quite good, page grid is ok, page numbers are ok, maybe try some in-between value for the leading (line spacing).

I would definitely left-align the sidenotes and remove hyphenation there.

24
How "wrong" is it for me to use both "double line breaks" and also indentation for each paragraph?

8
Designing for a 6in x 9in book
1
Critique: logo and web site layout
9
Inner margin in a classical book layout
1
Styling/Layout advice on an Isotope/Masonry website
2
Typesetting and book page layout using pen and paper
0
Page layout critique / advice
0
Is binding correction necessary for a single-sided, bound document?
1
placement of page numbers
17
Why don't any common typefaces use ascenders or descenders on capital letters (except Q and sometimes J), even though they make text easier to read?