Find the hex code for a transparent color

In the image below, there are four colors. Three of them are opaque, and two of those opaque ones are behind a semi-transparent color. I want to find the exact hex value and opacity of that color. 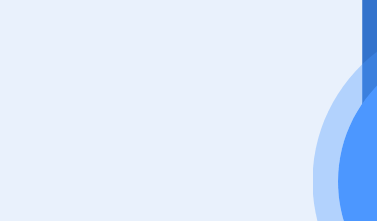 Bonus question: figure out which website this image is from.

ADD: It's calculated with the well known elementary mix formula. RGB component A in top layer with opacity P and the same color component B as opaque in bottom layer give mix PA+(1-P)B. assuming everything happens in the same color space. That's a strong assumption, I guessed your image was originally sRGB and your system obeys the same mixing as Photoshop by default with no mixing gamma settings.

The elementary (some of us would say naive) mixing formula gives enough equations from where the opacity and R,G and B are solved. Actually there are 2 more equations than those 4 which is the minimum. They could be used for finding the best match. Imgur image service and web applications between us change your image and as said, the mixing process in your system was only guessed to be the same as in Photoshop by default.

Not the answer you're looking for? Browse other questions tagged color color-reproduction or ask your own question.

14
How can I map the colors in a greyscale image to a specific color gradient?
4
Color mixer that can mix 3 or more colors?
20
How to make a color appear the same on different backgrounds?
5
How to determine the color and opacity using the color picker tool?
7
Is there a standard for color wheels?
1
Color adjusting tool for office printer
1
Make color transparent and keep the same visual color
1
How to find RGB or HEX for Pantone colors for graphic design?
2
How to pick the right colors of an image in order to create a efficient color palette for a website?