Can this one be a legal logo and go to a derivative work?

Can you help a novice like me with my problem? You see i had generated my first awesome logo for myself with my initials HV. So i draw an idea for 4 days (Please see image below). when I'm happy with it i started generating it on digital using illustrator. The problem is that while i was browsing google, i tackled this image from shutterstock. It felt empty inside that the logo i generated was already generated. But i felt in love with the logo i built.

I was wondering guys if you can help me if i need to generate a new one, if this will be conducted to a plagiarism, trademark violation, copyright violation or derivative work? I researched top to bottom, and i saw some postings that some derivative work falls in fair use. but i really don't know about this one. Hope you guys can help me.

Thank you in advance guys. Really appreciate this one!!!! 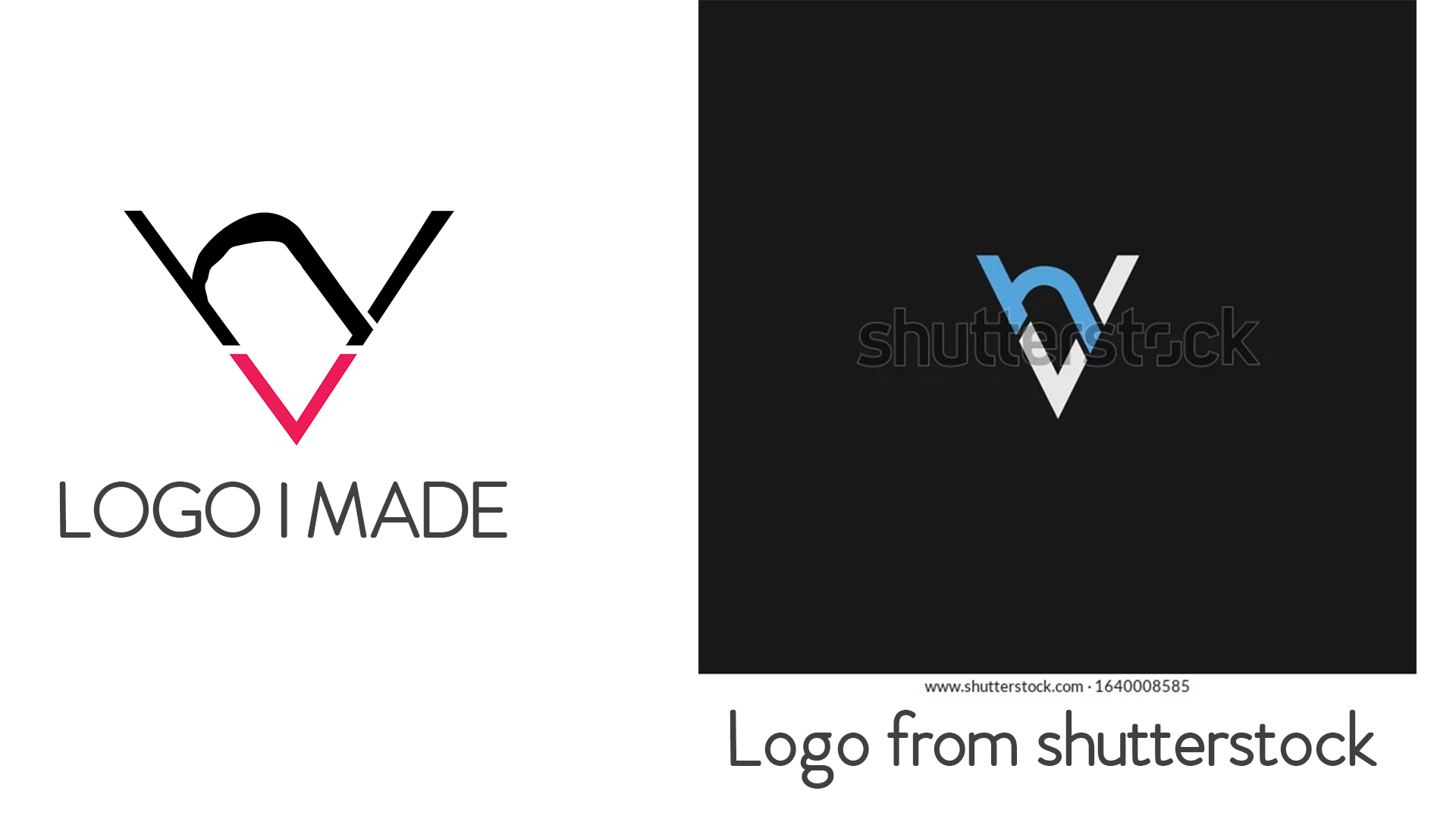 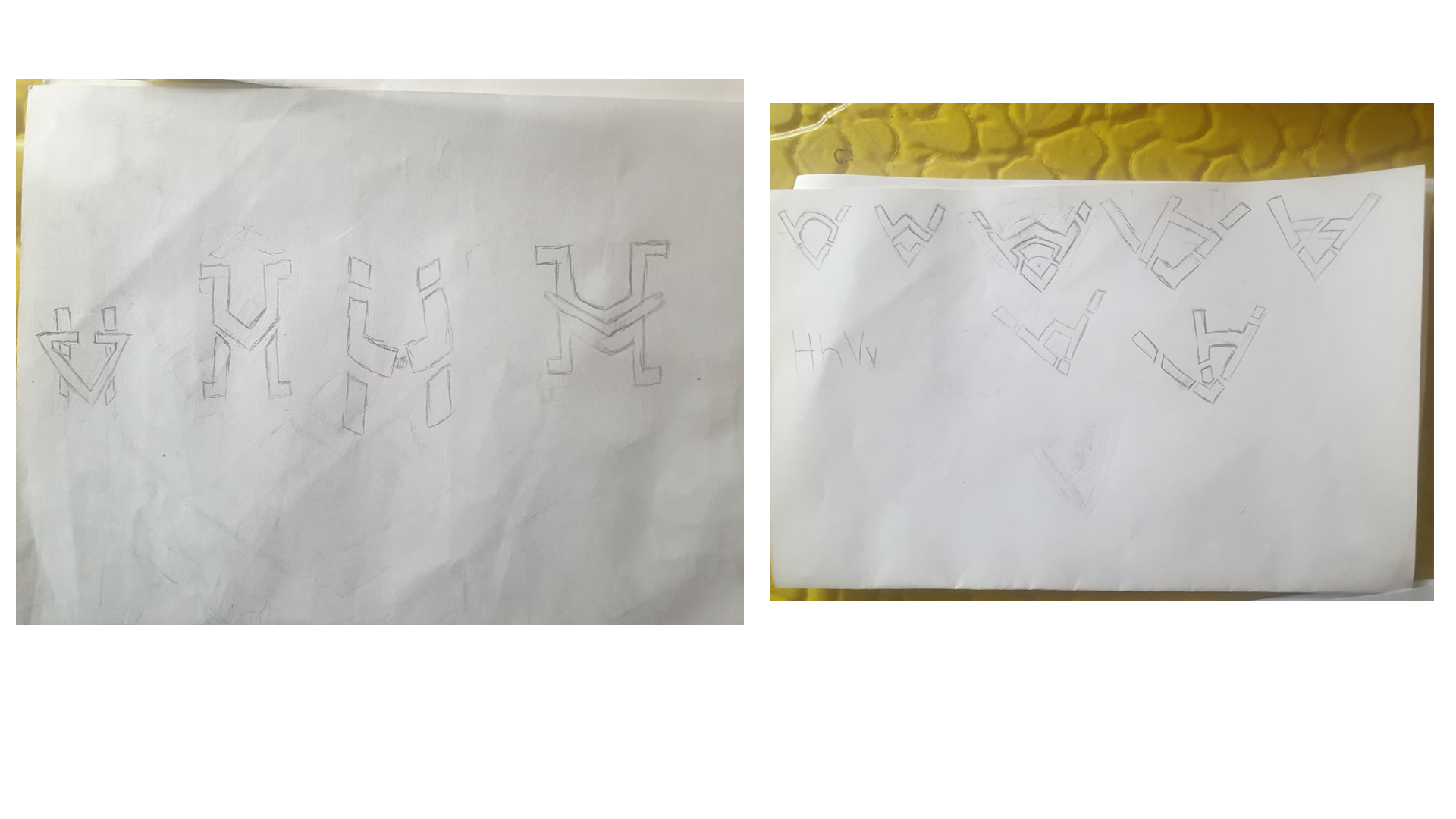 It's about your reputation too. Would you want a logo similar to another brand's logo? Would you want someone comment on your logo that he/she has seen very similar logo somewhere else? Likely no.

You current logo isn't an exact copy unless you intentionally are trying to make it same. It is possible, but less chances that two designers end up creating exact same logo design. It has some variations in how the shapes are cut at a different angle. Your h is has one extra corner.

Also, h shape is rough (I don' know what's the purpose of it. Is that intentionally rough stroke? Is it showing some silhouette maybe?)

I've seen many times known brands using similar logos (in terms of structure). For example, I often wonder if this cigarette brand could sue Microsoft. It was a cigarette brand I had noticed when I was a kid. Later I realized structure of 4 squares is quite similar to current Microsoft logo.

But I guess it wouldn't cause much problems as both companies have different products, different values, different services. I mean they shouldn't be compared at all. Moreover, the structure isn't exact same. There are differences in proportions.

You can see Microsoft logo on this page.

It's okay to love your first draft and end up finding same on Google. I would execute some of more of your sketches and see. There can be many more possibilities. You never know you could find even better solution.

Personally, I would try a few new approaches (unless that rough h stroke you have created, has some special meaning, as it distinguishes itself from others). If I like the current structure, I would experiment more with it so idea remains same but still very much distinguishable.

Been there, sadly most thing had been done before. Don't feel too upset, if you look long enough you will find something very similar for everything you design. If you do not actually copy something then copyright is usually not an issue, as there are always small differences. If you want to trademark it is has to be unique enough in the category of the business (so if that would be the logo of your main competitor it may be an issue. In the case of the "Microsoft cigarettes" it is clearly a different business sector and therefore ok...)

From what I understand, it makes a big difference how close to the product purpose yours is to the already trademarked logo. Companies have to spend several thousand dollars to trademark their logo so they want to make sure that within their own product category, people associate it with them, not someone else.

If your products are very different from the ones associated with the existing hv logo, you are probably ok, but I would recommend contacting that company first before marketing any products under your logo to find out the scope of their Trademark protection first. :-)

Not the answer you're looking for? Browse other questions tagged logo branding plagiarism or ask your own question.

0
It was never my intention but my startup logo looks similar to Google Colab's logo. Should I change it?
15
What should happen if a logo I made is similar to another?

6
What type of information should a logo display, or what makes a great logo?
1
Critique: Help with placement of logo elements in relation to each other for a web and app-based music service
1
Client communication problem re Logo and Branding
0
Can I make a logo based on a known symbol?
18
Should a logo always work in black and white?
27
How can I make this logo look more obviously like an icing bag and a crown?
31
Logo design - Finding a good mix between the metaphor and legibility