How do i make the brush tool less antialiased?

When I got art from an artist the image has these nice sharp lines like the arm below. Notice the sharpness of the black outlines. When I draw it myself, it looks like the line above, much more blurry.

I would say the artist's lines are somewhere between the brush and the pencil tool. Is there a way to draw like this in Photoshop? I'm using Photoshop 2020, but I'm on CC so i can upgrade if neccessary. 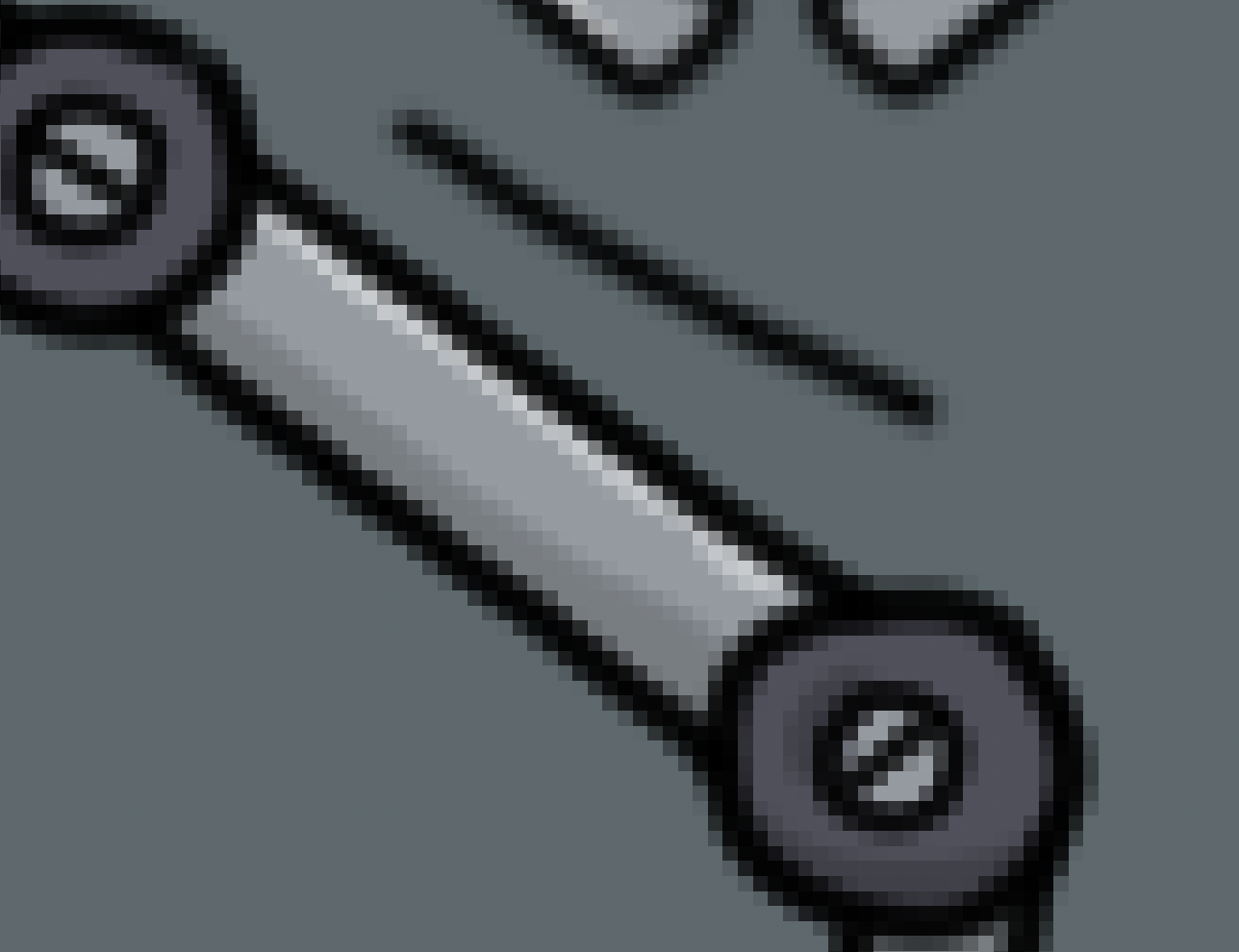 You could create a brush image, something like this. I used a normal brush to make this, then I tweaked the curves to create more contrast. Then I did Select All, then Edit > Define Brush Preset 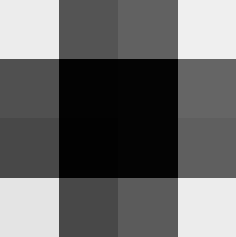 Here's the result. The line on top shows a normal 4px brush. Below it is the brush I made 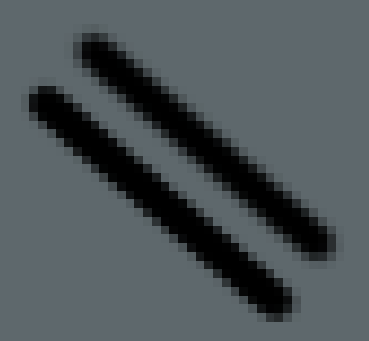 You shouldn't resize the brush when painting though, otherwise it will just introduce the blurring problem again. You could make different brushes for different widths.

Note: One other thing you may want to consider is not using Photoshop at all for work that would be better output as vector. Personally, I wouldn't even consider using Photoshop for anything like this.

Here's an example of a standard round brush and a brush with Texture turned on:

You can change Depth to adjust the effect:

On a side note with game assets you usually want to draw them at 200% or 400% of the final scale. Larger size will allow for more control and the image will look less blurry. An example of painting zoomed in and having a second window as a preview at 50% for the actual asset size: 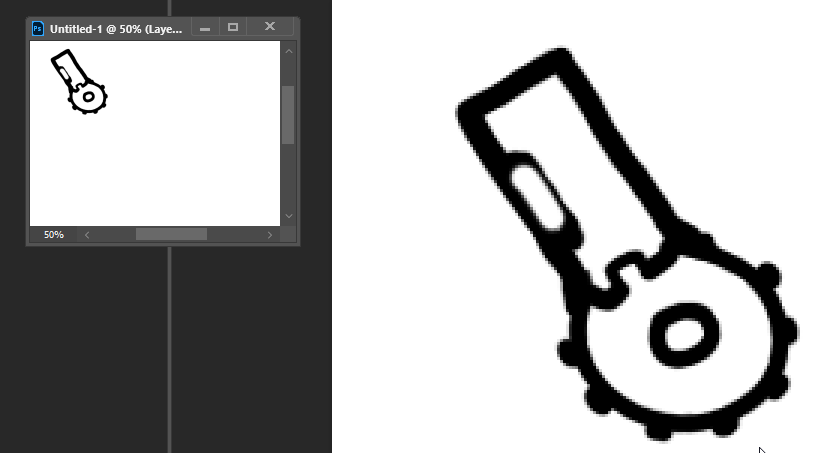 A brush edge only gets so hard in Photoshop. Once you push the hardness to 100%, there's no way to further remove any anti-alising. You can try working at a high PPI and then reducing, but that can be guesswork more than anything.

Vector layers in Photoshop can often have a bit less anti-aliasing than brushes. You might try using the vector tools rather than brushes.

I'd suggest that the original sample you've posted may have been created originally outside of Photoshop.

Vector artwork.. placed as a Smart Object into Photoshop, then rasterized (if necessary) will have less anti-aliasing than painting directly in Photoshop.

My guess.. that's how the original was created... even the artwork itself suggests it would be easier to create in a vector application - at least the keyline.

16
How can I achieve a sharp pixel perfect stroke effect in Photoshop?
0
How to avoid line fade Adobe Photoshop?
2
How do I make a 3 dotted brush
6
Aligning Brushes to Edge with Grid (PS)
17
Can I have layers with different pixel resolution in Photoshop?
0
InDesign: how to export Photoshop created pdf's without losing quality?
5
Pencil effect in Photoshop
1
How do I use the pencil tool on multiple layers?
0
Photoshop Brush Only Draws a Point
0
Create grid in Photoshop CS6 for pixel art?