How do I add a raster texture file to Illustrator's 3D Extrude & Bevel?

How do I get an image to extrude and bevel using illustrator CS6.

The shape that's having the issues has effect>texture>texturizer and then I uploaded a psd file.

When I then select effects>3d>extrude bevel I get a giant grey box around the image.

I've also tried using the textures that are already in Ai but the same gray box appears.

Ugh it won't let me screenshot because I'm a newb but picture the flat, now textured shape, lying on the 3D grey box that adheres to the specifications chosen in the bevel/extrude window.

If this is not possible I guess I'm asking what's the best way to add a texture to an image I want to make 3D?

....but picture the flat, now textured shape, lying on the 3D grey box that adheres to the specifications chosen in the bevel/extrude window.

You need to do things differently if this is what you are after. 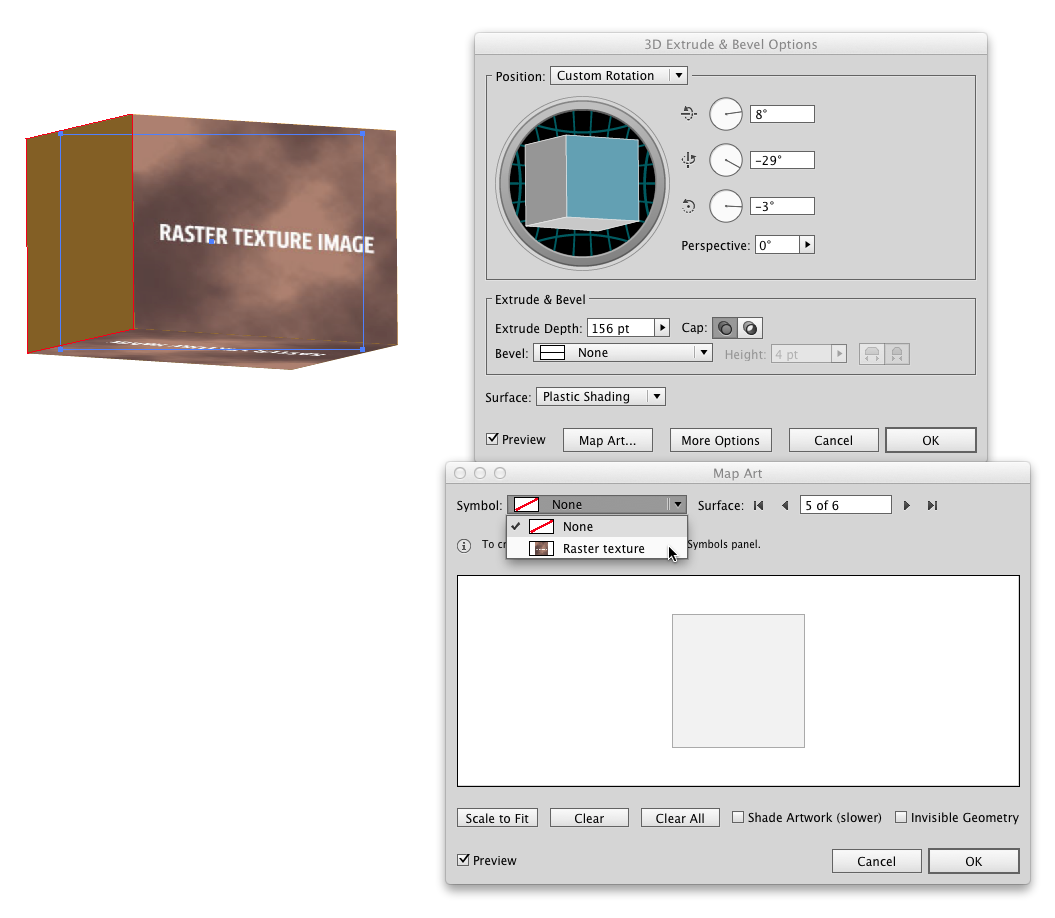 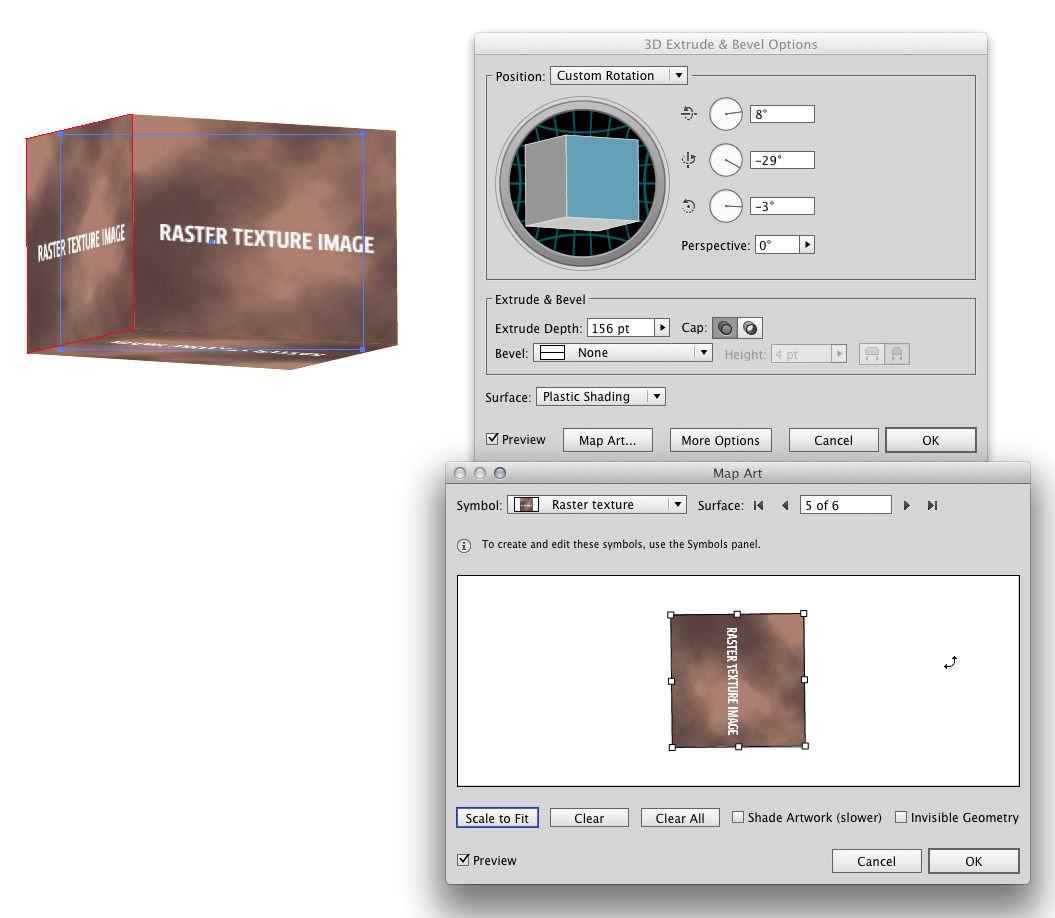 Note: if you are trying to get depth directly within the raster image via Illustrator's 3D effect, you will not be able to. It simply does not work that way.

I think the problem here that you're having is that the original psd file has layer styles already applied to it, you really want to flatten the image completely before trying to use the "Extrude and Bevel" technique on illustrator.

To do this open up your .psd and find the layer that it is you wish to extrude. Make a new layer underneath this and then reselect the layer above, right click and "merge down" your image will now be flattened and upon reopening with illustrator, should now be functional with the technique you wish to use.

Failing this you can always extrude and bevel the shape style you want to texture, copy this and paste into a psd as a smart object. Then with some use of blending layers and transformations of the size and perspective of your texture layer (placed above the object layer) you should be able to create the illusion of a texture on a 3d object.

0
Add exact color to texture
1
What is "perspective" in the 3D Extrude and Bevel Options?
2
Illustrator 3D extrude and bevel problem
4
3D objects with raised border in illustrator
1
Does adding a texture to a vector image make it a raster image?
1
Trying to extrude and bevel a symbol on a curved path
3
Making dark areas lighter on a wood texture
0
Preparing "Extrude & Bevel" effects for export as SVG
0
Changing fill after Extrude and Bevel, Expand ILLUSTRATOR