How can I find the intersection lines when a cube and plane intersect?

How do I find the intersection with the top(1) and left(2) plane of the cube?

Also, when the cube is in 2-point perspective, how would I find the direction of the intersection lines (a, b or c)? 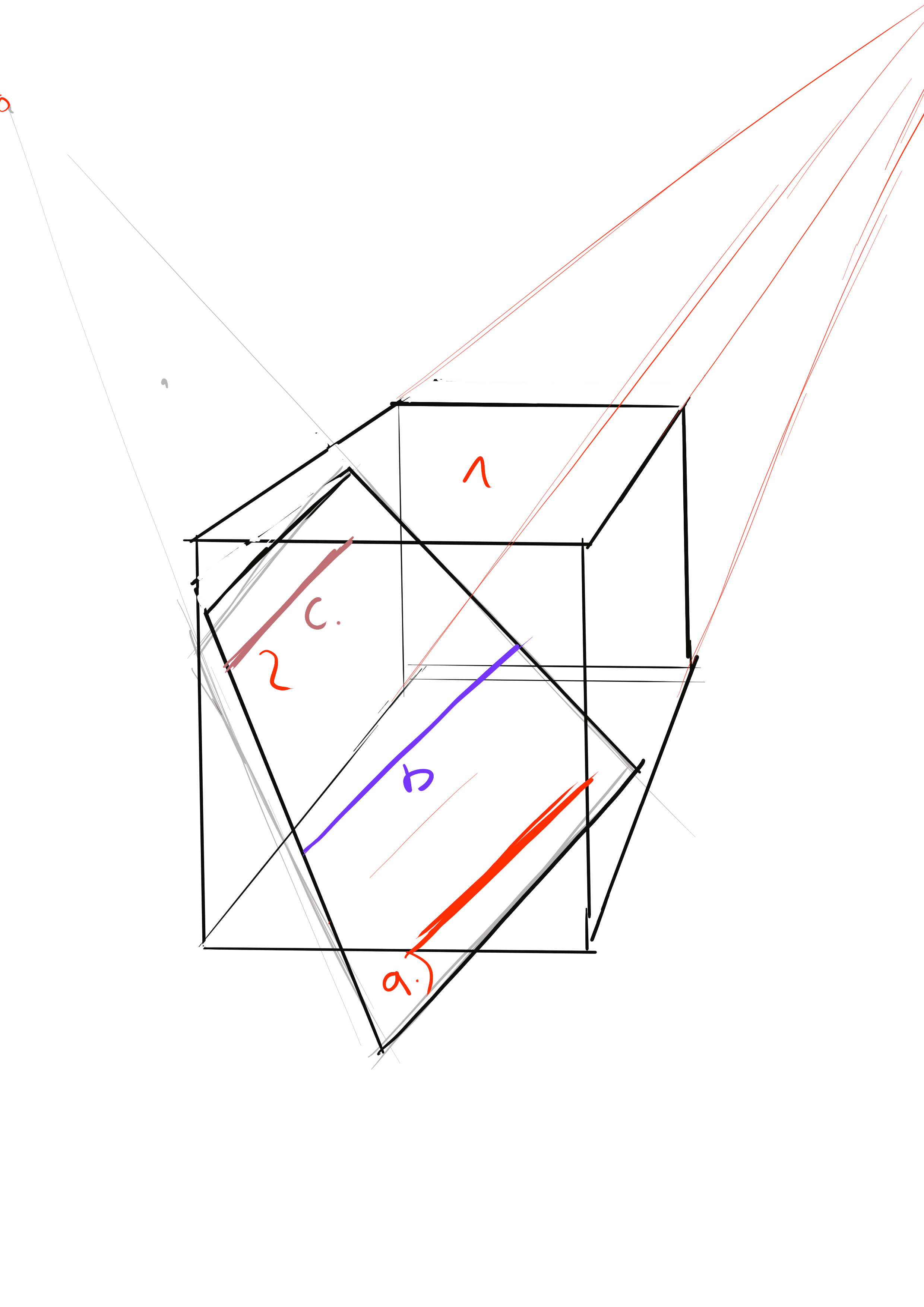 First of all. It will be very hard for you to find the right perspective if you are not using a ruler. Your convergent lines are all over the place, and that is an important aspect of using these types of grids in the first place.

To answer your question, just follow the intersections to wherever they take you. Imagine they are a pinball ball, bouncing whenever it intersects a viable line.

The only way I can draw a line on the vertex of the red line with the cube is by following the line to the vanishing point of the plane(1), the Cyan lines until it collides to the background face of the cube, then, the only place to follow is upwards.

(1)I could "pinball" it upwards, but stick to the floor plane whenever you can. 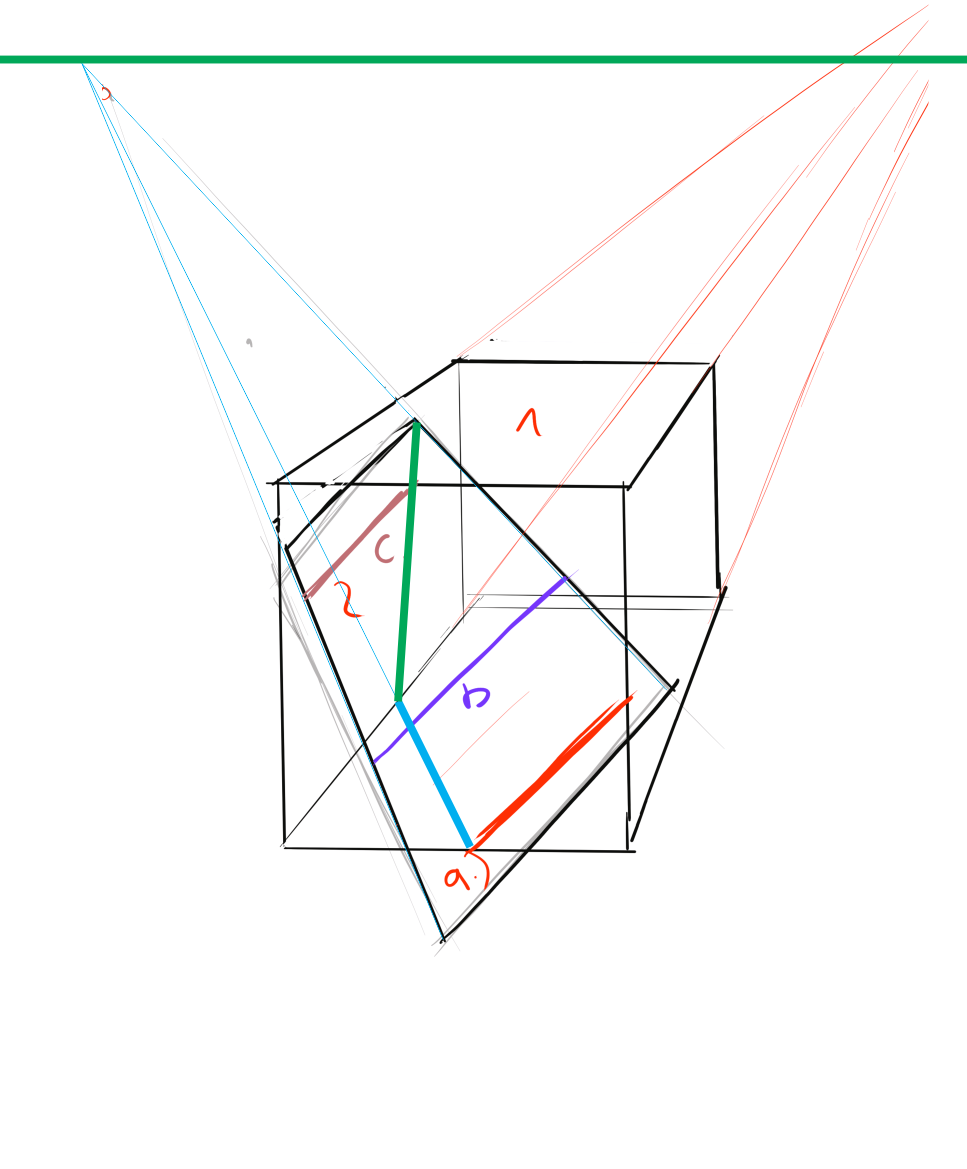 Just keep "pinballing" all the intersections.

Using a 2 point perspective on the cube is exactly the same, just, instead of having a paralel X axis, follow the vanishing lines.

I must say. This plane only works because I am assuming it is a rectangular segment with internal 90° angles. This does not work on a trapezoidal plane. We would need to superimpose a rectangular plane and draw the other shape inside this plane.

I am preparing an aditional explenation. A long one...

Allow me to drop the perspective and use ortographic projections. I'll add it later.

I have two random orange dots in space. They are A and B, but they are superimposed on the drawing (1) 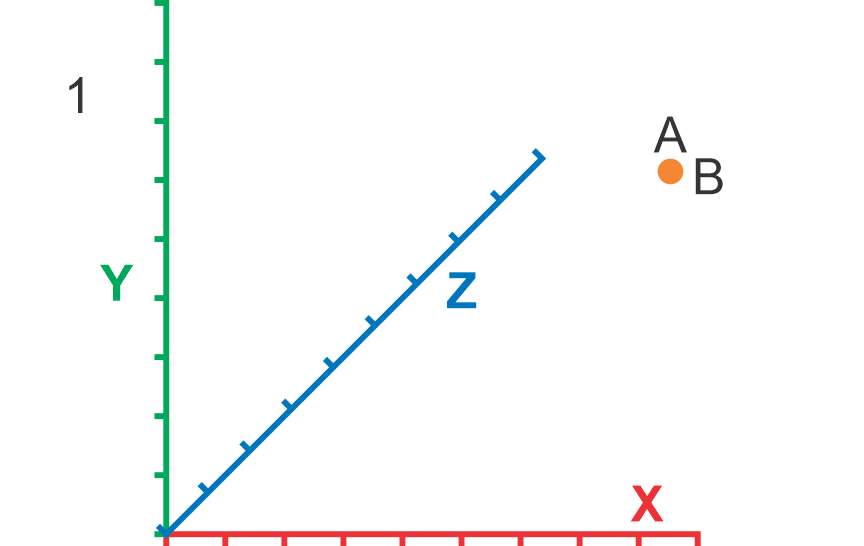 The truth is that I have no real idea where they are. We need to define something. Let me define an X cordinate for A: Ax.

Now, the other two positions fall in place. 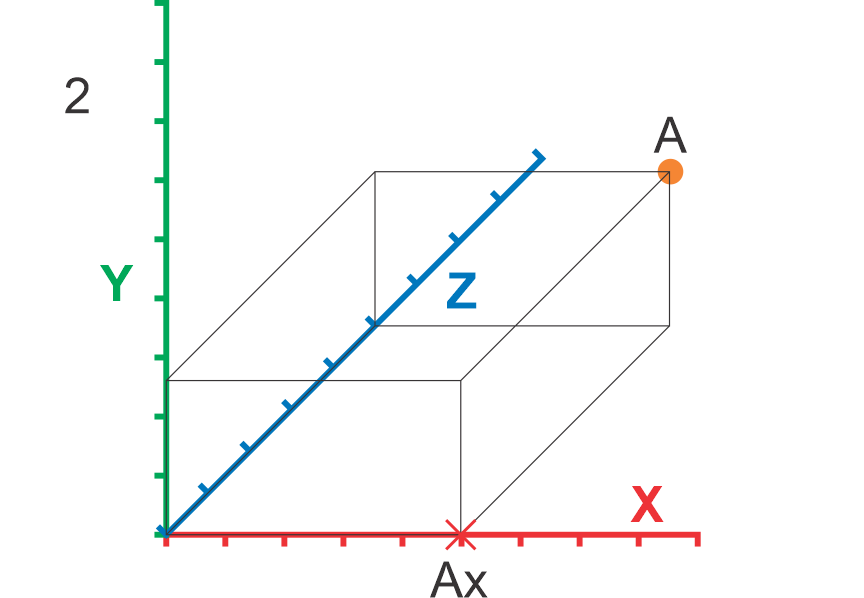 I can do the same with B. Let's assign a Z coordinate. Bz.

As you can see, I can define where in space the dot is only asigning one coordinate and projecting a cube, to find the other two. 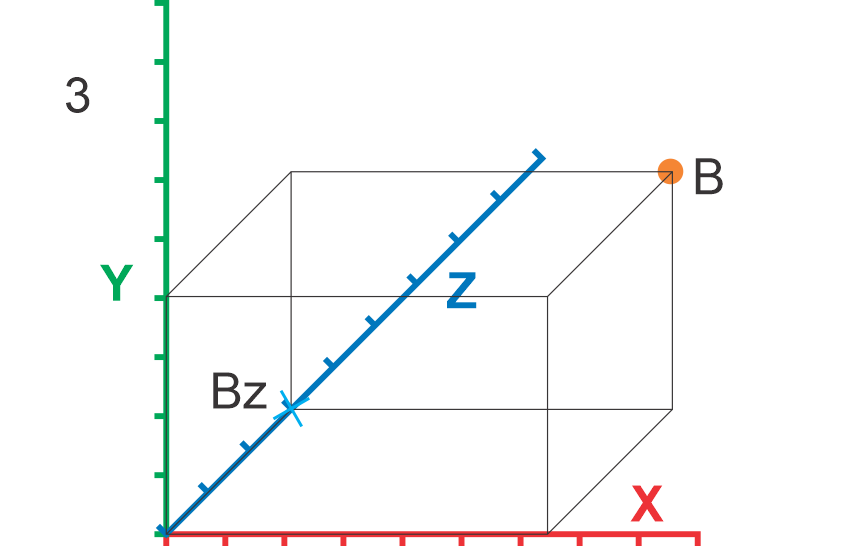 To intersect a plane, I need to define a line, not only a dot. To define a Line I need two dots. 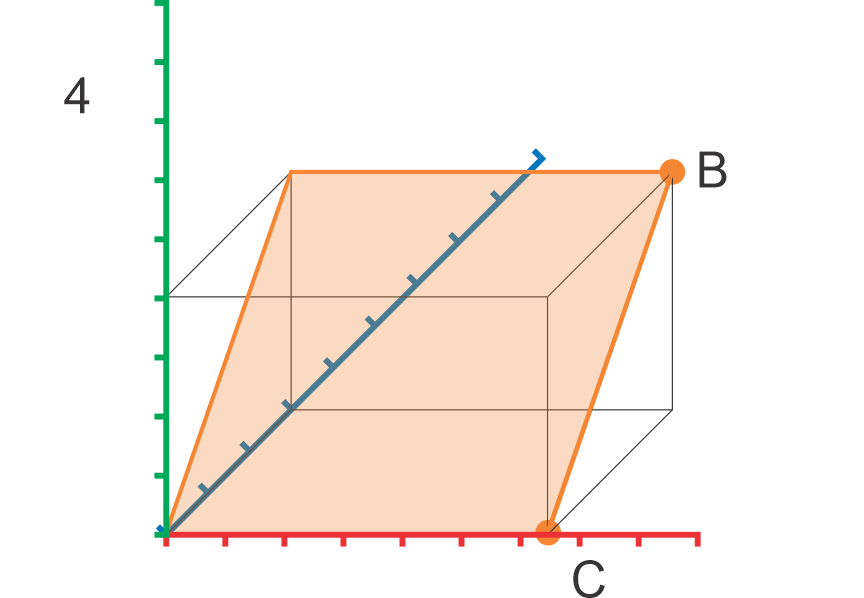 I can choose another dot to define my line. In these both examples The planes are paralell to the X axis. 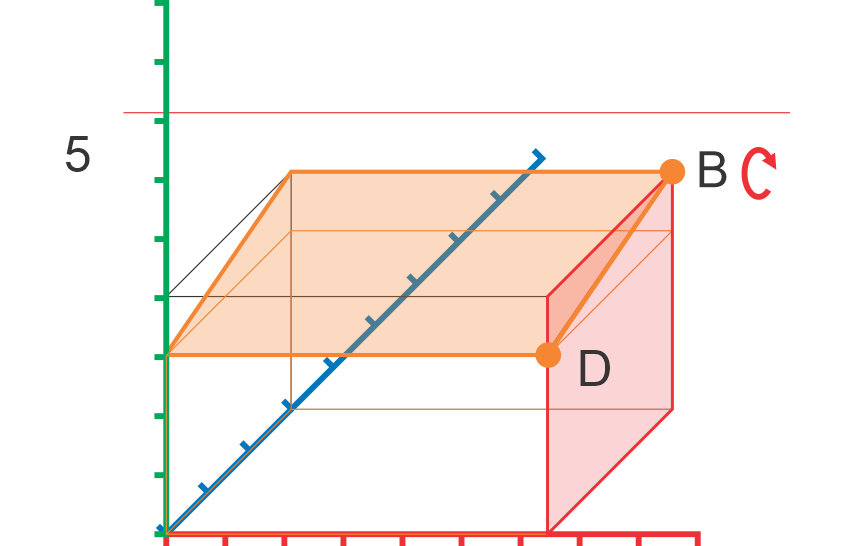 But in reality, a plane is defined by 3 dots or two lines. In this example I moved a line, where on the previous example was on the X axis. It was implied but it was there. 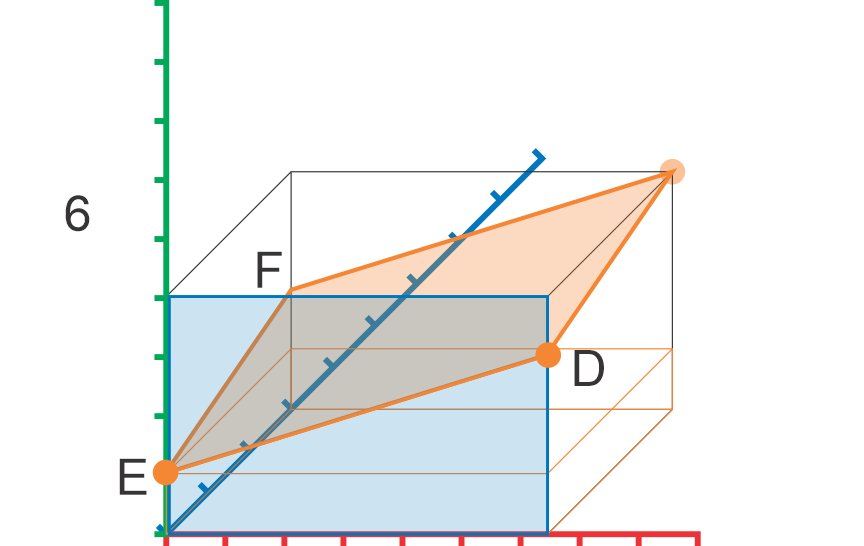 You can easily see which lines to use on an ortographic projection.

A perspective projection is EXACTLY the same. The only change is that my vanishing point is closer to my drawing area. 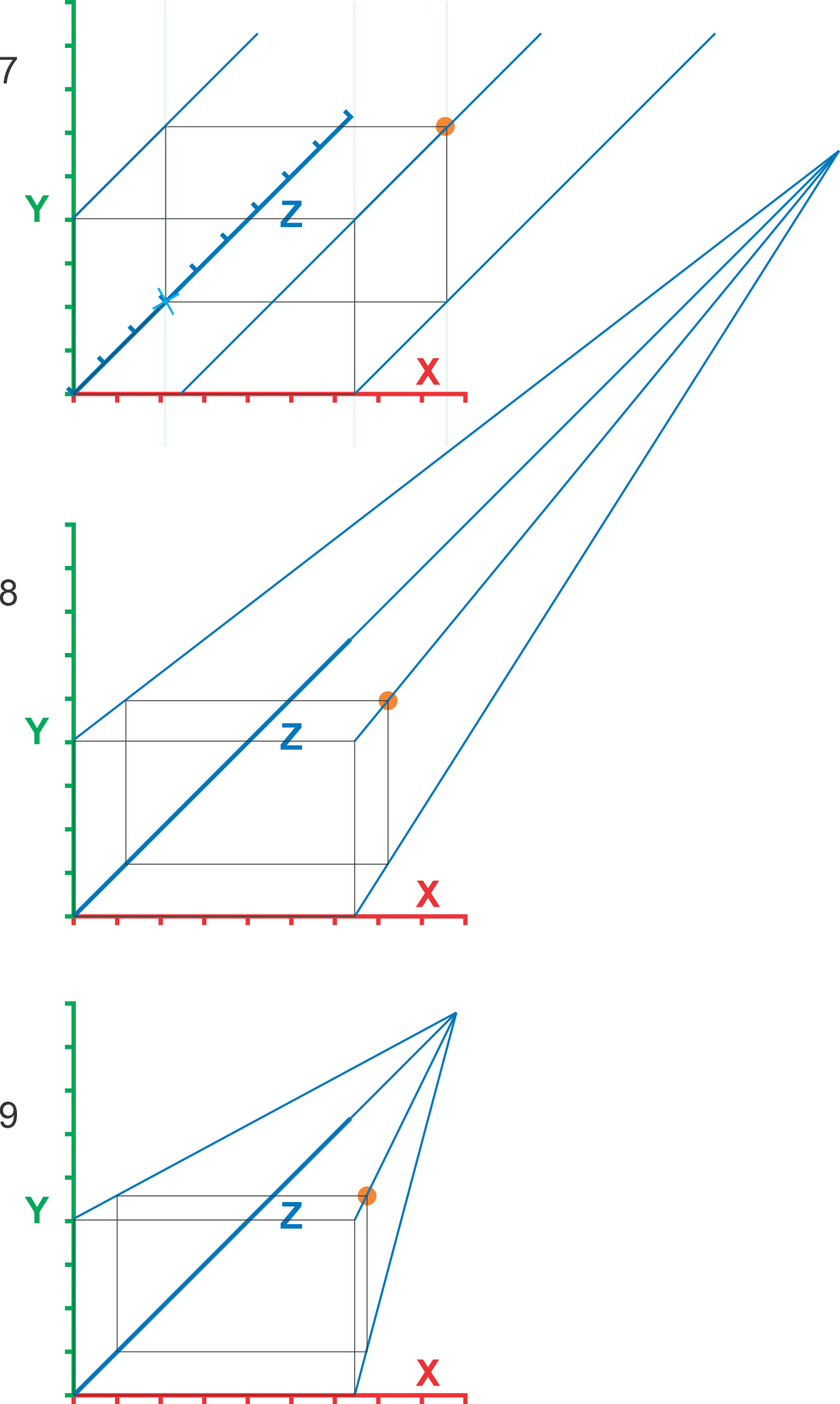 At the end, it is only a matter of finding the coordinates I need, on the axis I can.

Pinball the lines and conect the dots.

2
How does the distance between stationary point and picture plane effect perspective?
2
How can I convert an object from one-point to two-point perspective?
1
Making sense of 1 point perspective
2
What are the causes behind the distortion that happens when you place a cube outside the Cone of Vision?
1
How to find the fourth point on a plane defined by 3 points
0
Traditional Drawing - Perspective Question
0
Perspective Theory - View
0
Reuse guide/lines from background image for perspective view/3D cube in Inkscape?