I am looking for the steps to prepare an image (a base layer photograph) with a grayscale result like the images attached. I am not asking about the colors and embellishments.

In Photoshop I have tried various techniques for an end result in the style: Threshold Effect/CMYK Separation/Risograph/Halftone/Stipple ... no success.

What I see in these posters is a smooth graduation in the grayscale, so not a threshold/stencil/Banksy, not a silk screen Warhol effect, though some of his images do show characteristics of the style I am going for. The techniques I have tried do not reproduce the look.

Again I am only interested in learning the technique to prepare the very base layer image (photograph) to the grayscale style.

And yes I have printed a photo and then photocopied/enlarged/re-photocopied it and the result was not close. It was cool but not the technique. 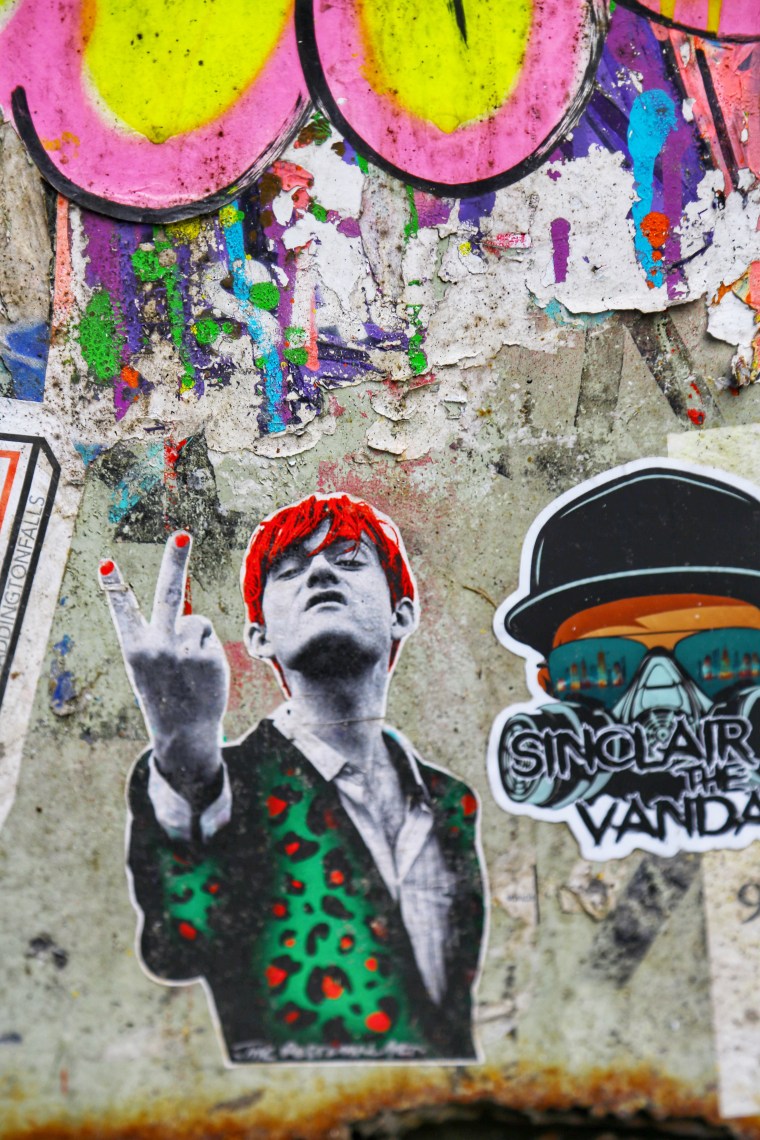 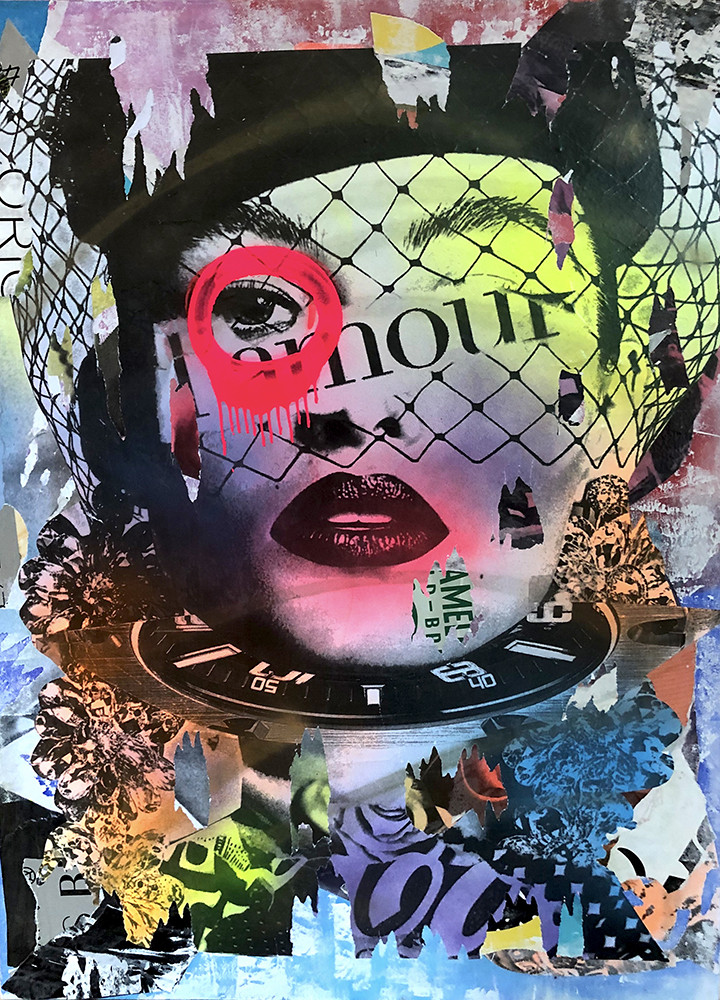 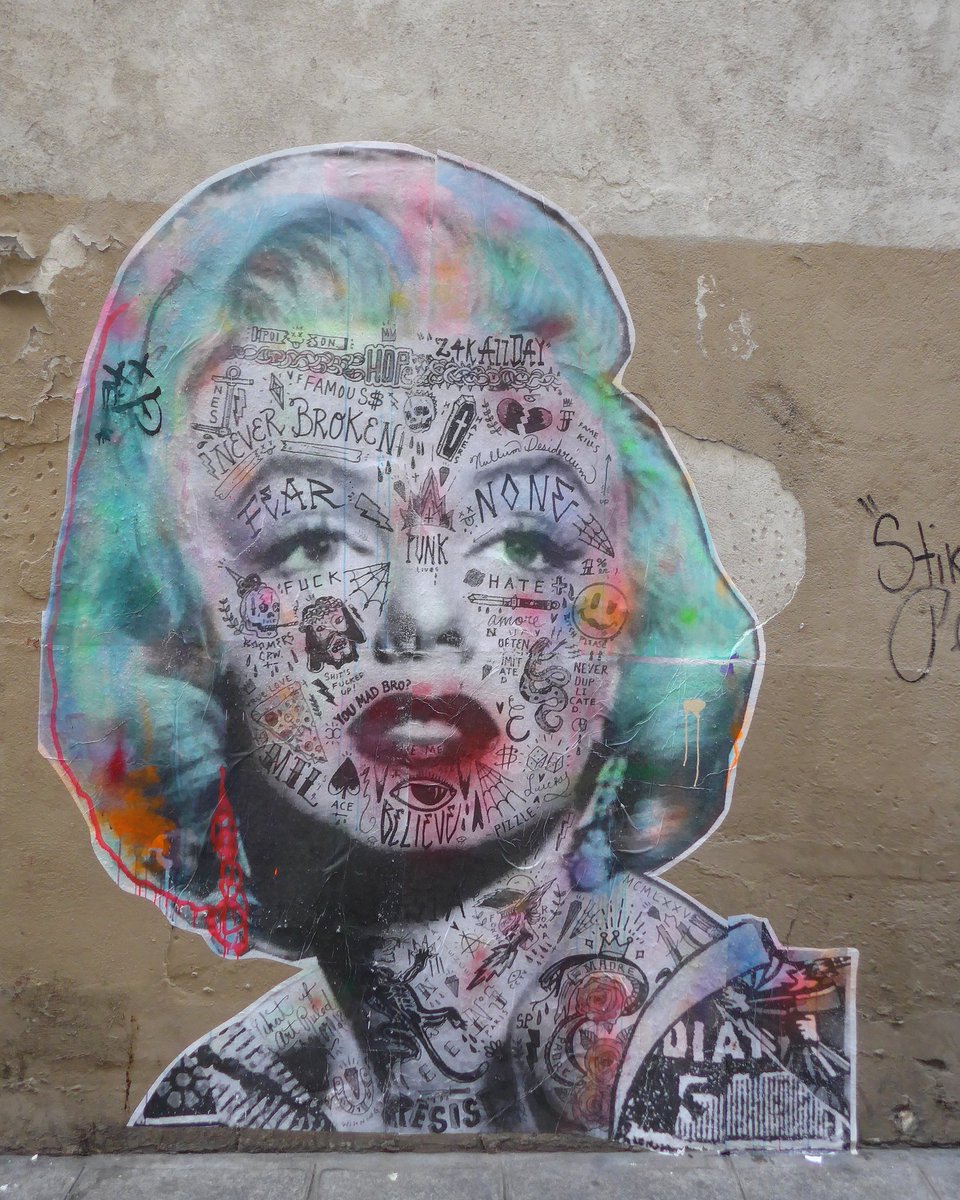 You asked how to make the BW image. I guess you are going to build something resembling in Photoshop or other software.

Not asked, but any image will not make it. You need an image where the person doesn't smile nor stare to the camera. 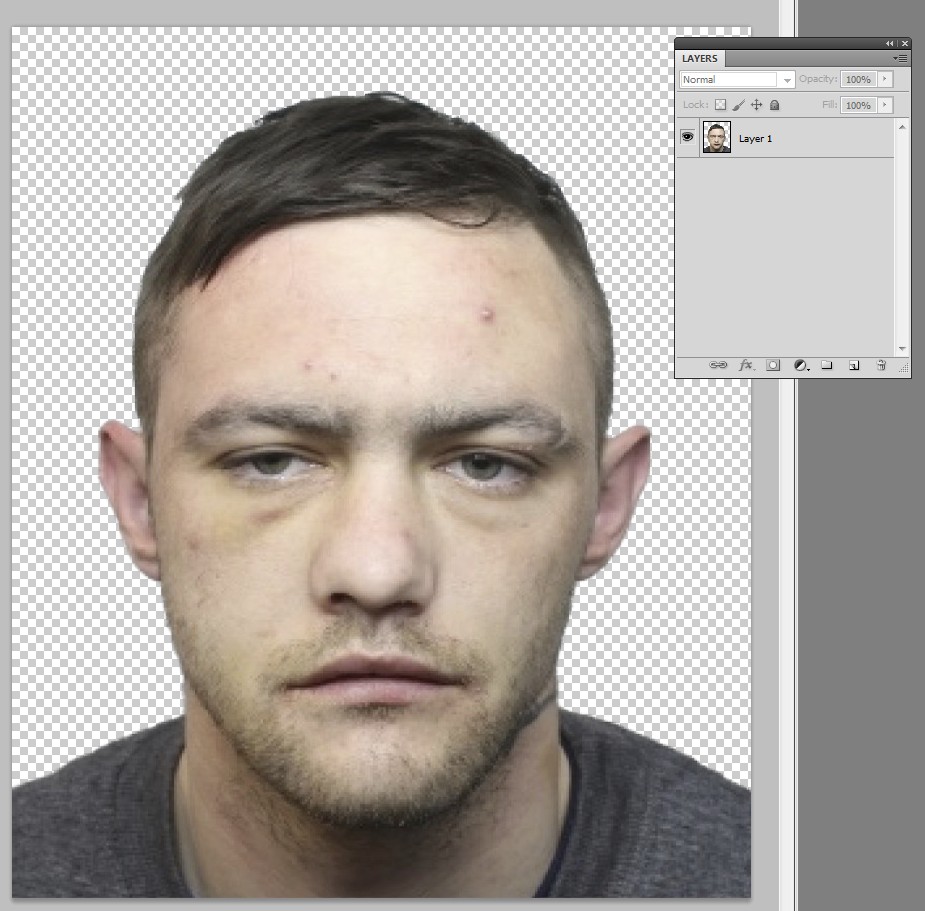 Desaturate, add some noise (here 10% monochrome uniform) and Gaussian blur 1px to make it grainy. A film grain filter would be better. 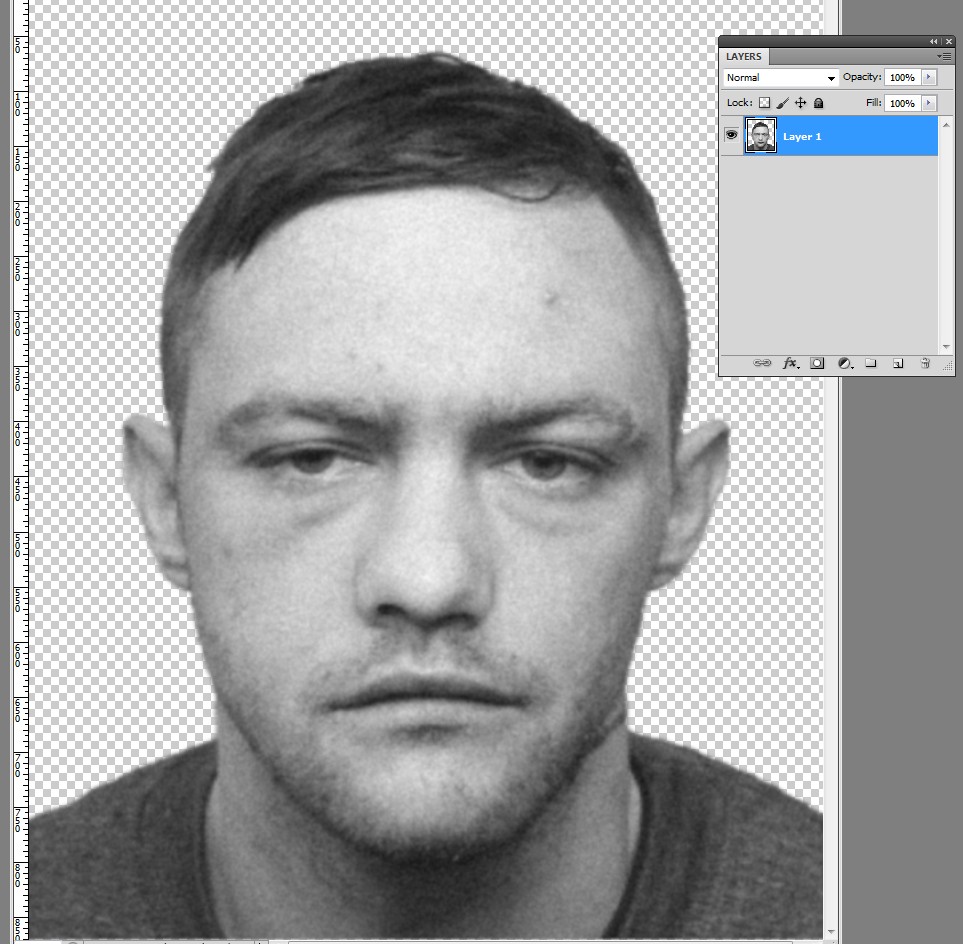 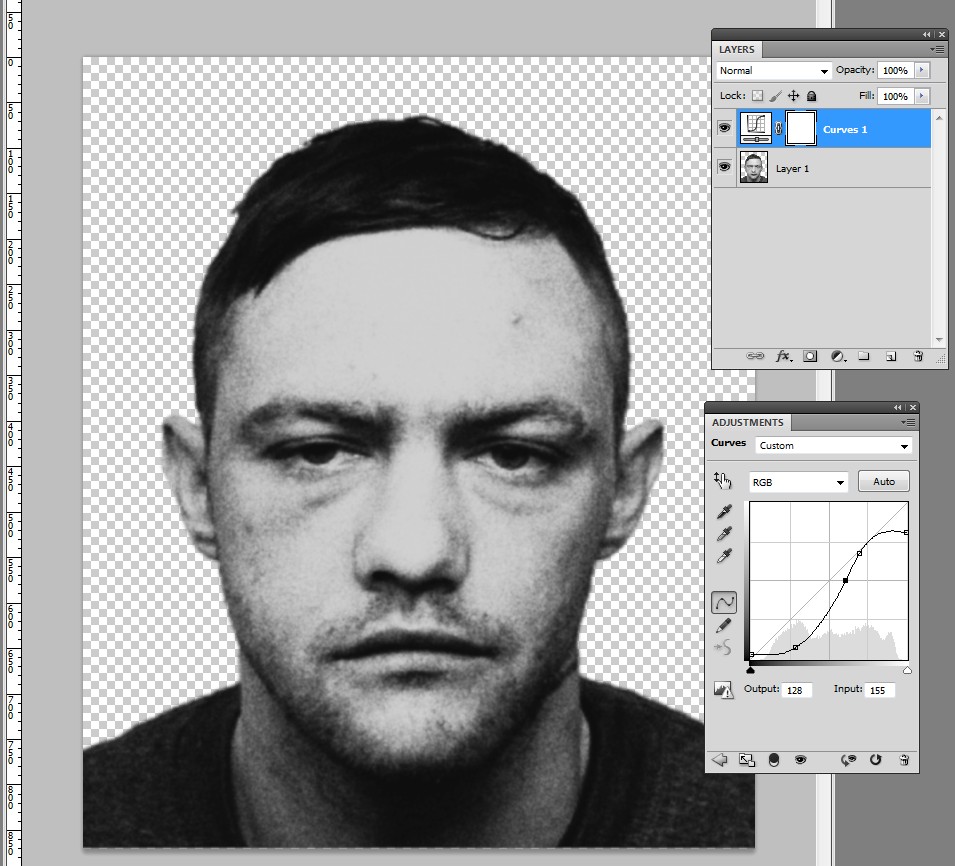 You may want to test it with some colors. The possiblity to search the good tone degradation is a high advantage of adjustment layers. To be able to adjust also noise and blur they should be used as smart filters. Program Krita allows also them as adjustment layers or actually as adjustment masks as they say.

Here's some random color inserted. You may not believe beforehand how much the photo must be degraded before it fits: 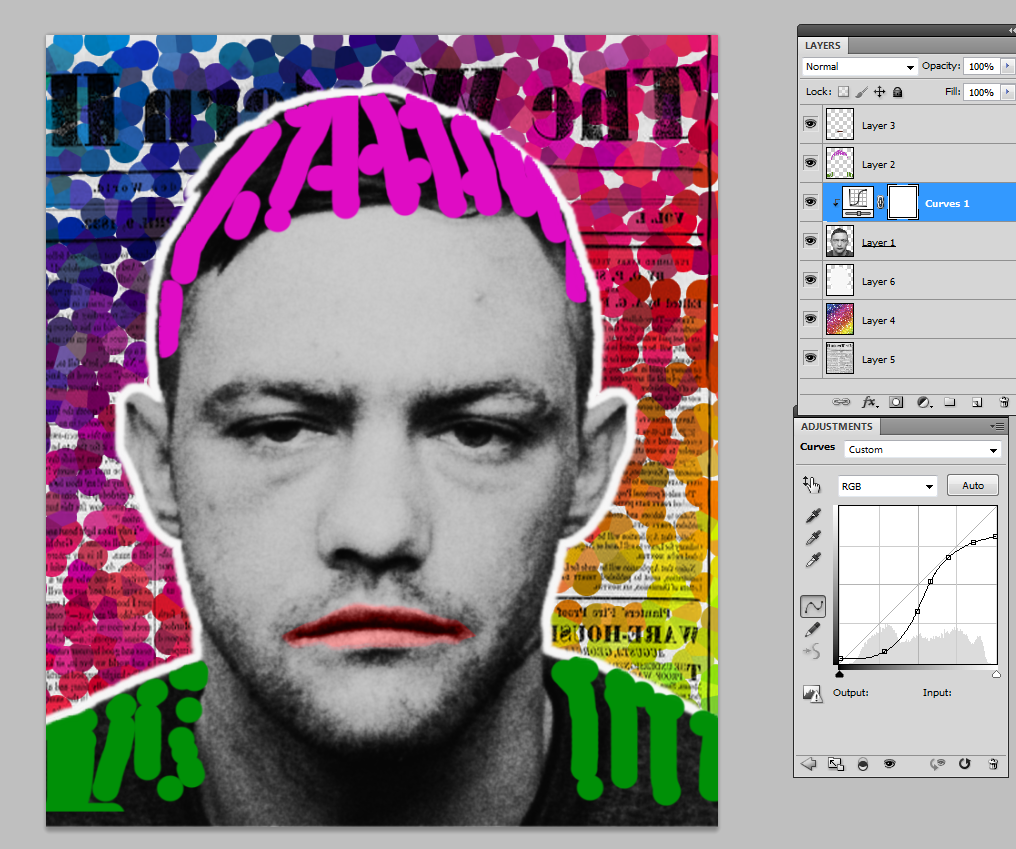 You see here also a light grey, nearly white frame around the photo. It's a filled area in a new layer below the photo. The fill selection was made by Ctrl+Clicking the photo icon in the Layers panel and by expanding the selection 10 px. I guess a polygonal lasso selection would look better (=made by using scissors).

The final effect of converting a colour image to a black and white image will very much depend on the source image, so you will get a different look each time.

I also suspect there's a possibility that the originals may have been scanned newsprint, rather than photos converted to greyscale.

Anyway, one possibility is to use the Adobe Camera RAW filer on an image converted to a smart object to get the general tonality and grain, first using the B&W mixer, then adding rough grain in Effects, and also possibly a curves adjustment to boost the contrast a touch.

Now to degrade the image further, and make it look a bit more like news print, find a rough paper texture, with flecks in it, desaturate and invert it so the flecks are white and background is dark, and use a curves adjustment to increase the contrast - so you basically have a texture which consists of white flecks on a black background, something like this 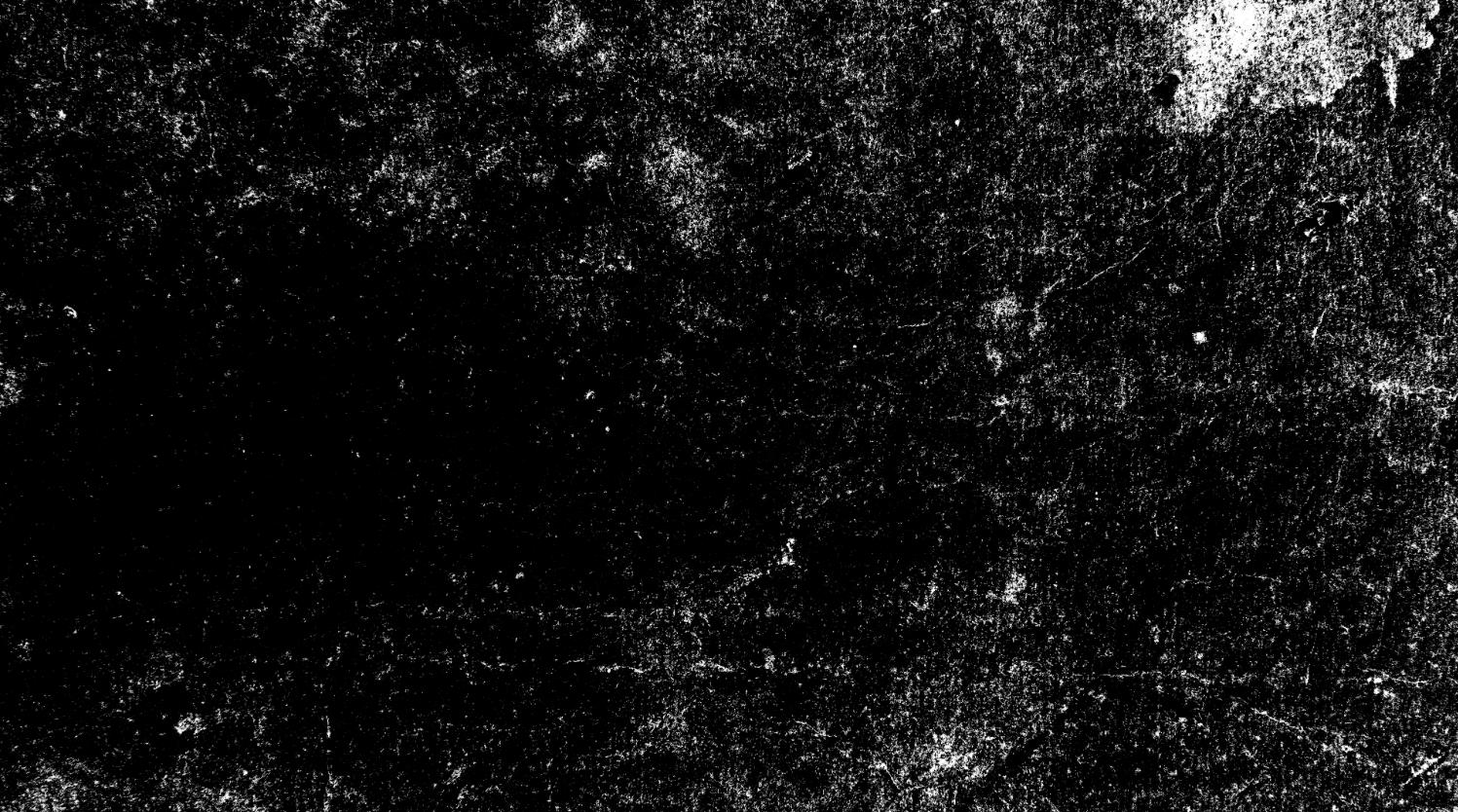 Have this texture on a layer above your smart object, and clip it to that object, and set the layer blending mode to Screen, maybe bring down the layer opacity a bit 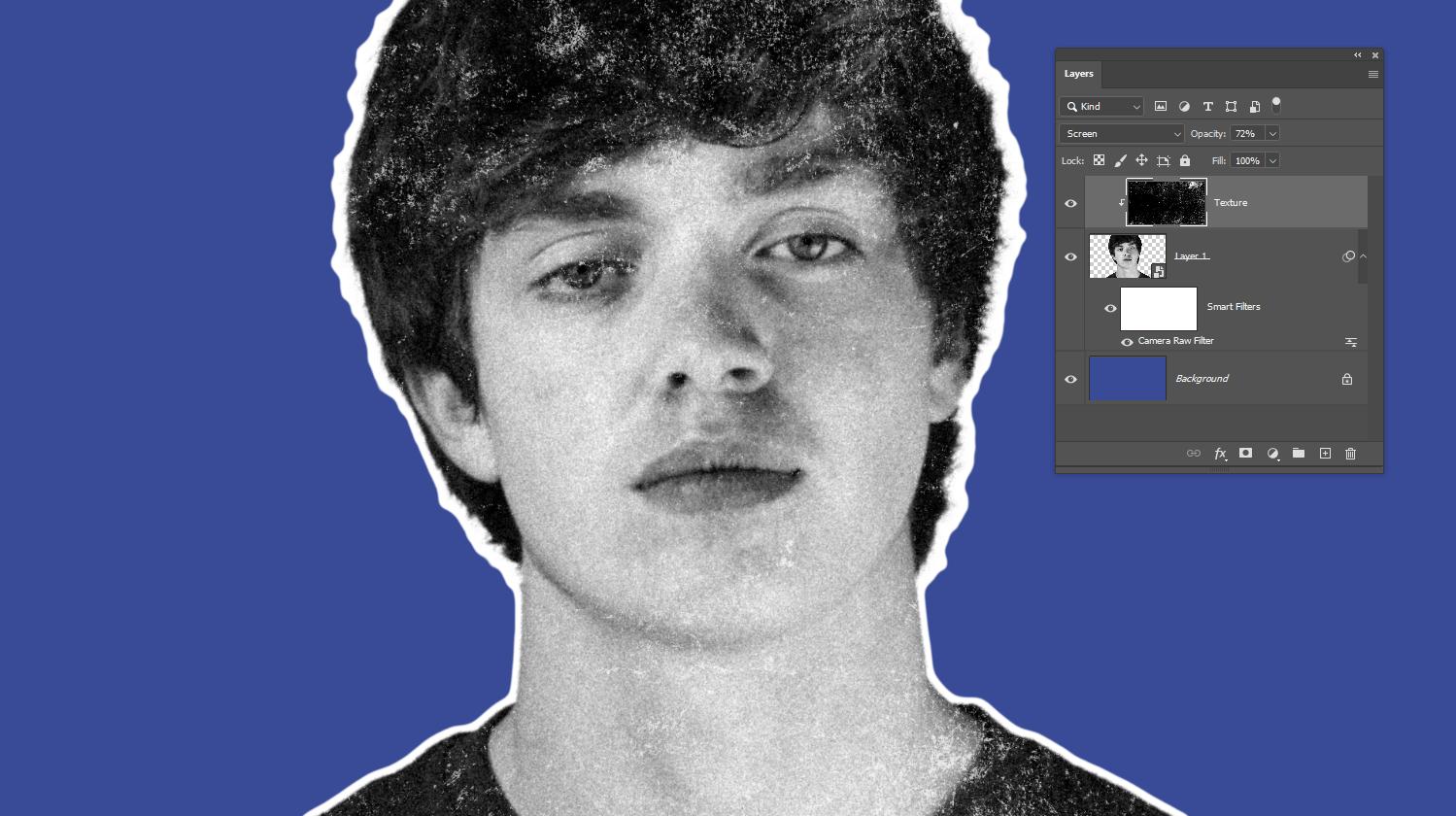 Not the answer you're looking for? Browse other questions tagged adobe-photoshop photo-editing cmyk graphic-styles art or ask your own question.

6
Best practices around creating LARGE poster image 24X36
1
Blend only affecting specific base color?
5
Horror Movie Poster Remake
0
Blending sunset tones onto an overexposed (white) base layer
1
What processes may have been used to create this image?
0
Can I use an images (with people) for a club poster?
6
Simulate bitmap mode in photoshop for e-ink photo preparation