Very difficult in Illustrator to rotate an artboard with content. Looking for a quick method

It is a mess to make rotate a simple image on Adobe Illustrator 21.

Here a screenshot of the original scene : 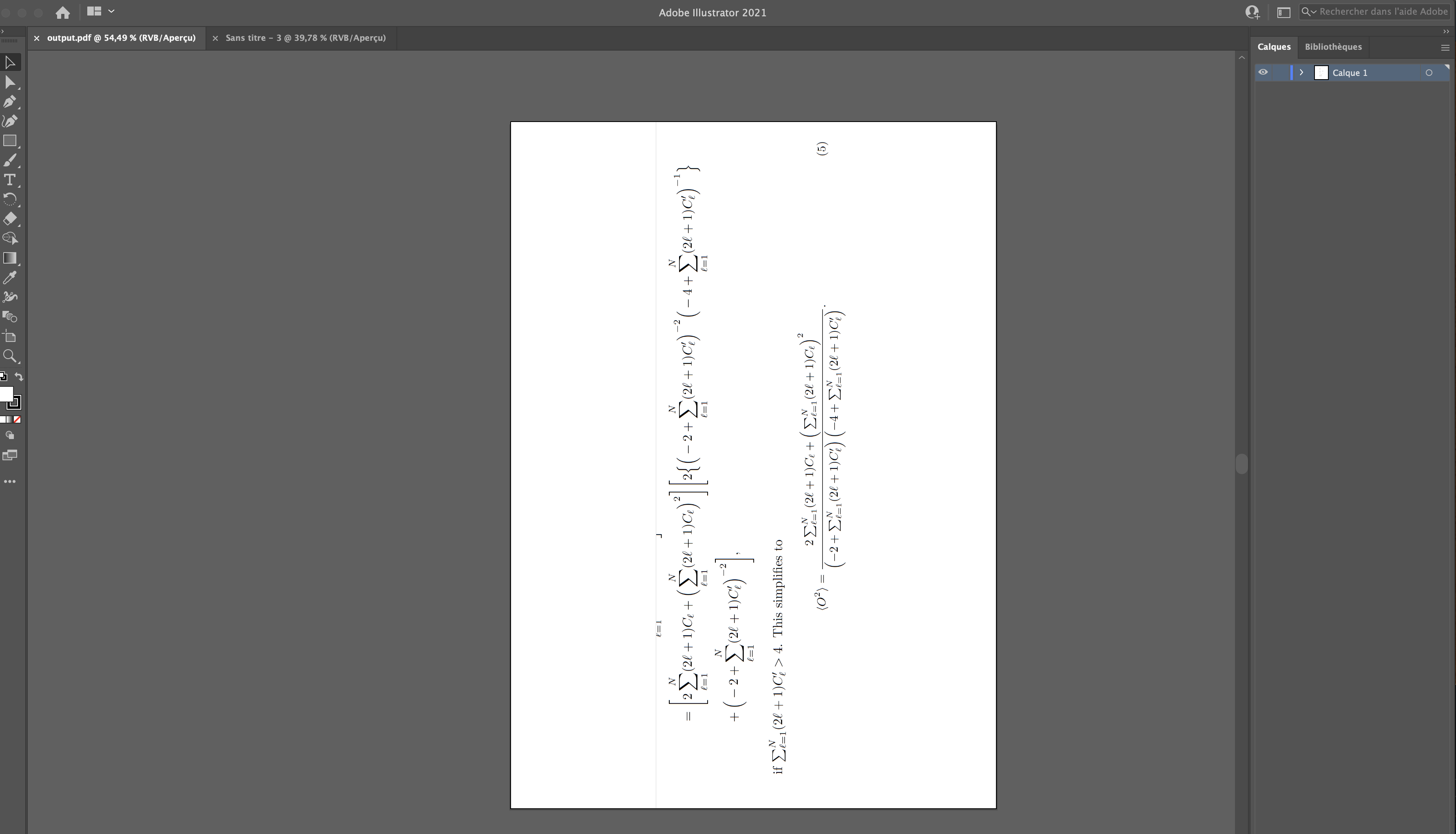 I desperatly tried to use the "rotate tool" but it is very hard to handle : If I well understood, I have to chose a central point for the rotation, then click on the "rotate tool" which makes appear another window where we set the angle of rotation.

When I perfom all these operations, a new image rotated is overlapping the old one.

Briefly, it is really annoying, I just want to rotate of 90° my original image, nothing else.

Adobe Illustrator is amazing on some points but here, this is too complicated.

Could anyone explain to me a simple and quick method to make rotate of 90° my image : the portrait should become a landscape.

PS: I have forced the orientation of PDF with pdftk :

but there too, Adobe Illustrator systematically opens the output.pdf as portrait and not landscape, I don't understand why.

Any help is welcome. 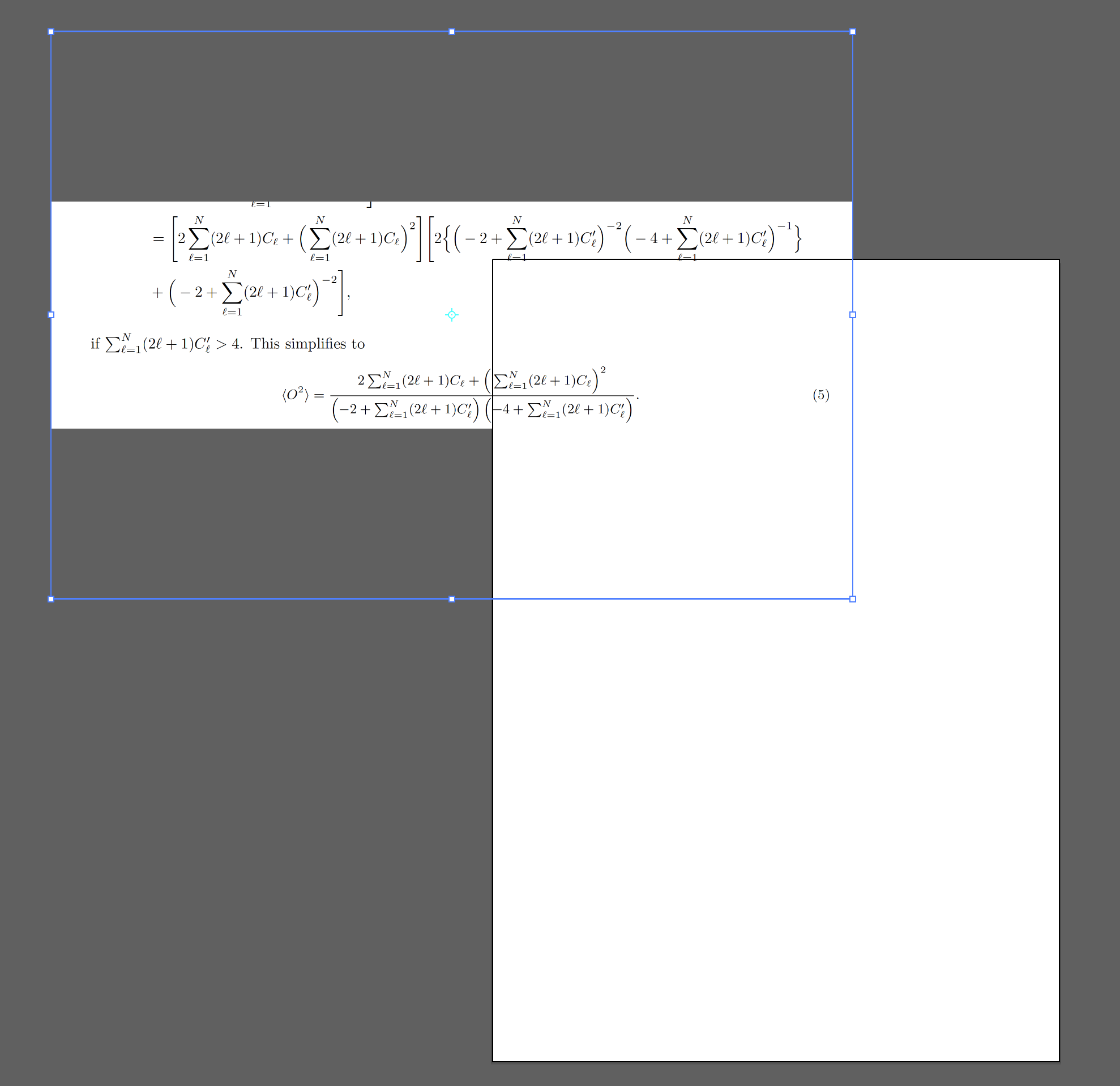 This is actually quite simple to achieve, but you'll like struggle with a trackpad: 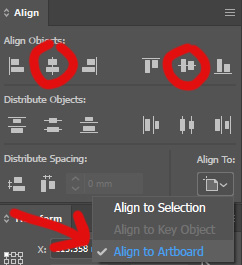 UPDATE since you are having trouble with this, here's an alternative without using a mouse: 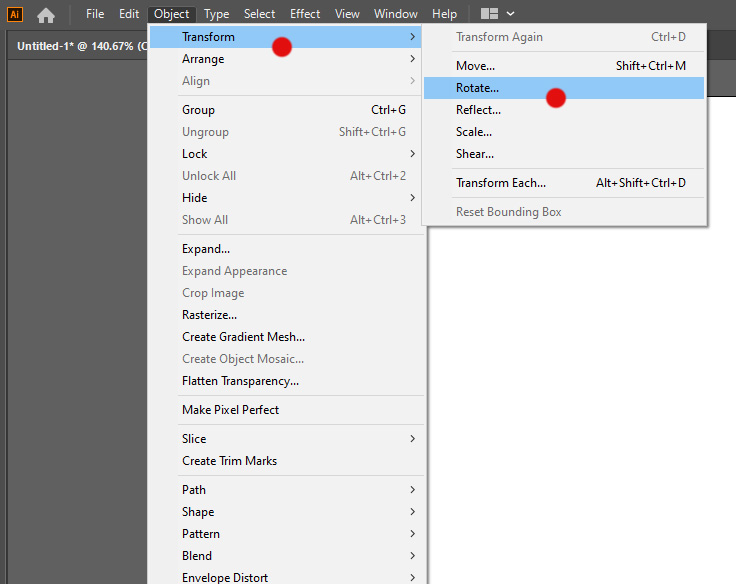 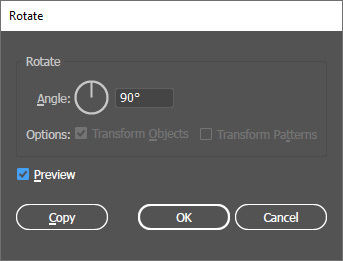 I don't need to do this often enough for a script or any real automation. So I simply do it manually when needed. My Method...

Select the Artboard tool... tap the correct button in the Control bar Across the top of the screen.

In some cases it can be helpful to draw a no fill, no stroke, rectangle at the artboard edges, in order to keep the position of all elements the same after any rotation, before doing all this.

If all you want to do with a PDF is to rotate the pages, it's much easier to do in Acrobat than Illustrator.

You are right, this is needlessly complicated. Unfortunately there is no really good solution for this. The problem is that any robust solution really has to work regardless of situation. The problem is that an artboard is not the same thing as a page, its more general. See what do you do when several artboards overlap each other and you want to only rotate some of the pages with content? Also artboards aren't normal objects they can not exist in arbitrary orientation.

Personally, if i ever would be in a position where i would need to do a lot of this. Then I would do what @Scott, hints in his last paragraph. Because its the most general possible solution. However i would instrument that a bit. I would make a script that would auto generate the bounds in a layer called artboards. Then i would make a script that would update the artboards after manipulation. THis would make it possible for me to use all the tools in my arsenal to edit the layout as a please, and remove the pain of updating stuff.

Ideally it would be a plugin, but the support costs are so high that i would need to be actually employed by your org to support it.

So how would this work?

Lets try to flesh out a preparation script. In essence we want to draw a invisible rectangle for each artboard (and because we want to be neat lets put them on a saparate layer).

OK now you can just select the parts you want. Then rotate and move and even scale the corners as you want. Remeber a artboard can not be slaned so dont try to do that.

And finally we need to script to clean up and update artboards:

And thats about best we can do without using the api. OK so you could make a gui that opens a window with a button done that waits for cleanup

Not the answer you're looking for? Browse other questions tagged adobe-illustrator pdf rotate portrait or ask your own question.

1
Is there a way to rotate an artboard along with the contents?

3
How can I resize, rotate part of the path in Illustrator
0
How to separate a rotated text box into two in Illustrator?
0
Rotating a layer around centre and save file (72 times)
11
How to fit a vertical headshot into a horizontal frame
1
Is there a way to rotate an artboard along with the contents?
3
Is there any quick way to write the text headings at specified rotations in a pie chart?
3
Illustrator: Rotate a group of paths randomly and individually about the groups center
1
Reset object rotation information in Illustrator
0
In Illustrator can I prevent a calligraphy brush stroke from changing when rotated