How do I create 3D wireframe lettering?

I have this album of Garbage, and very curious about this design (mesh, delaunay, triangle, processing, GIMP, Inkscape?) 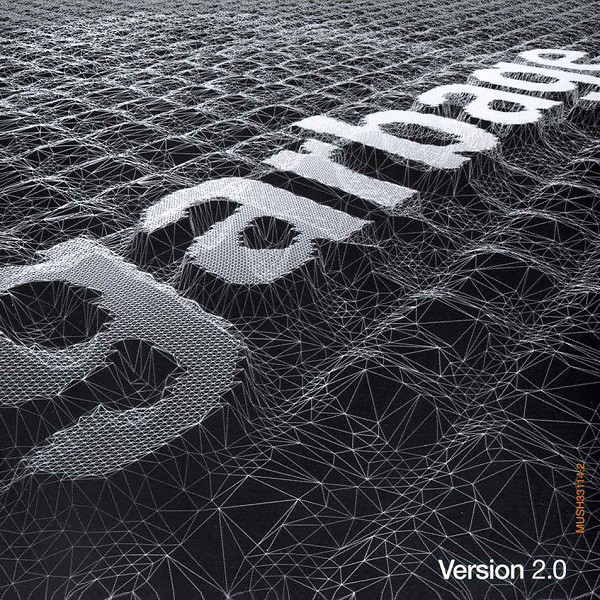 It is a polygon 3d model of extruded text and some repeating pattern. The rendered view has strong perspective and the bumps partially hide others which are further away. That would be complex to make in 2d, but in 3d it comes out with no extra effort.

If wanted 3d programs and even Photoshop can show polygon edges and the nodes. One can import for ex. OBJ format 3d files to Photoshop. Simple ones can be also created there for ex. with height maps where greyshade presents elevation or by using extrusion effects.

Generally Photoshop's 3d geometry definition tools are very limited but this can be possible (not sure because I use legacy versions which are much more limited than the current version).

Just to give some some visualization I draw an image with some bumpy base surface and extruded text in a simple CAD program. As a technical drawing program it doesn't have any kind of noise components to create randomness, so it's quite clean: 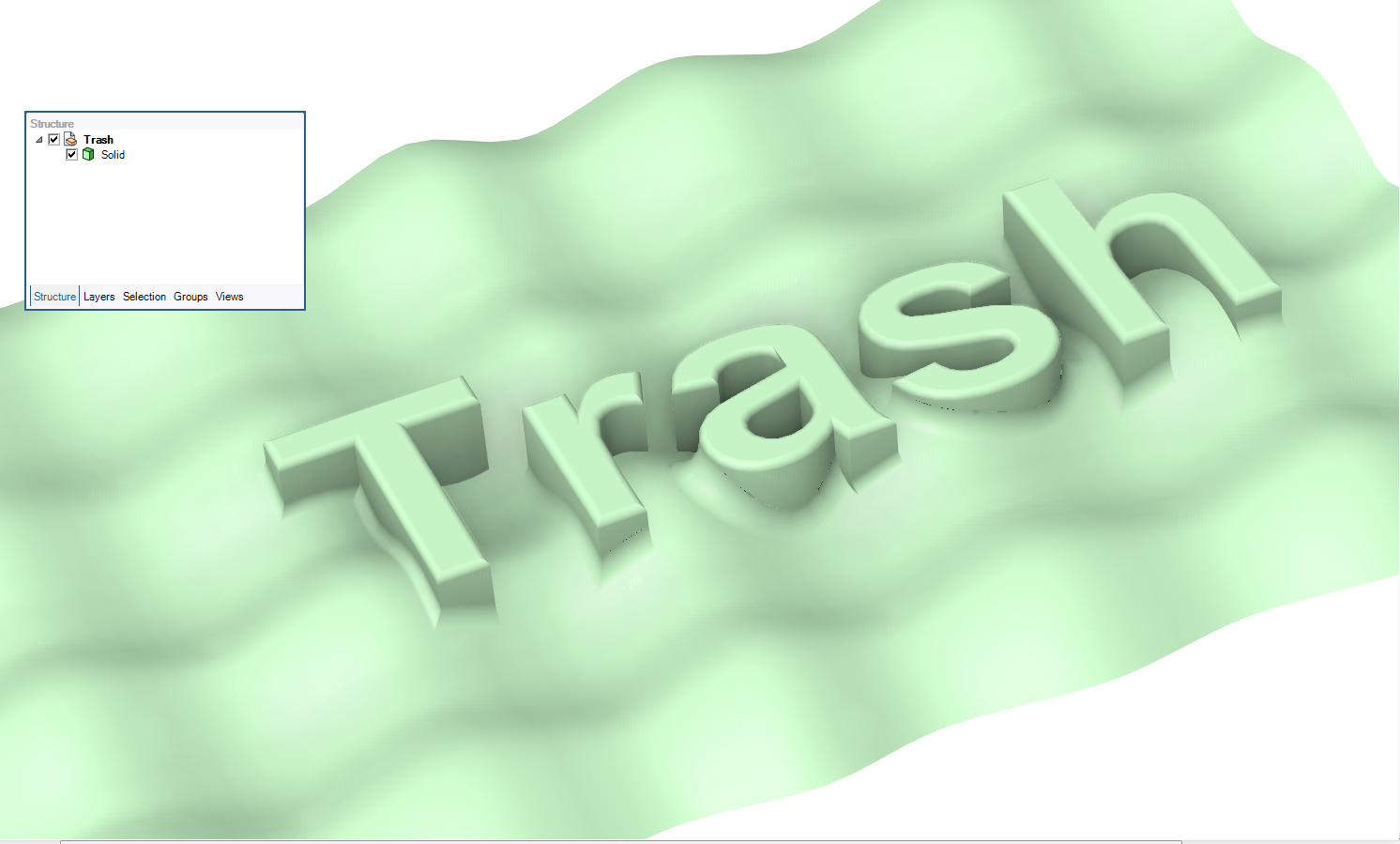 I exported a low resolution OBJ file version and opened it in Photoshop. The 3D rendering was set to show the triangles. Unfortunately I had no control over the triangle size variation in the OBJ export. I guess Blender users would get a good laugh if they saw this: 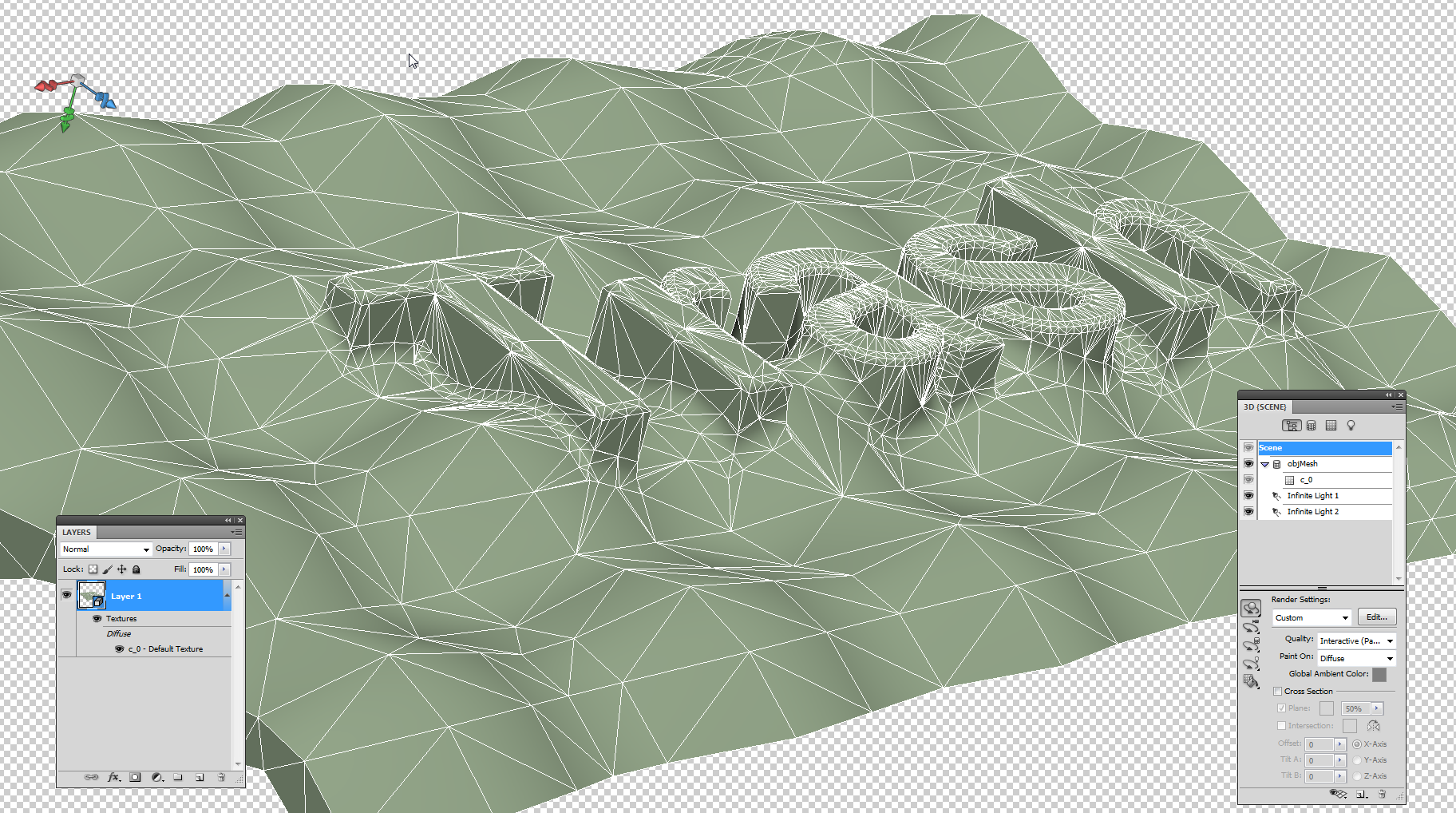 The edges of the letters are straight vertical in my shape. In the record cover they are tilted. That can be made as a 3d blend between the text and a bigger shape below.

In your example the flat top of the text has either ultra dense triangulation or there's a texture image.

Not the answer you're looking for? Browse other questions tagged inkscape gimp or ask your own question.

0
How to create the drop shadow "We are Mozilla" effect?
4
How to create a light highlight in Inkscape?
2
How to detect freely-drawn shape on Inkscape or GIMP?
2
How to create a folded/bent icon in Inkscape?
5
How to draw a curved triangle with curved inner corners?
2
Create engraving in GIMP/Inkscape
0
How to create vector physics diagram with know angles and line proiection
1
Make fancy border in inkscape and gimp
1
Inkscape: how to print filename under imported image
0
Inkscape filters are not rendering correctly