Merging (adding) two curve shapes together creates lines between them

How can I remove those two areas that have a line going through them?

I've been spending an hour on this. The join curves tool is greyed out. The divide tool makes this into three objects. I want that not to happen. It messes up my plans to make a gradient.

The problem is that in all 4 of these corners there are two nodes that either belong to the left or right shape. I want there just to be one node in each and for this to just be one big shape. 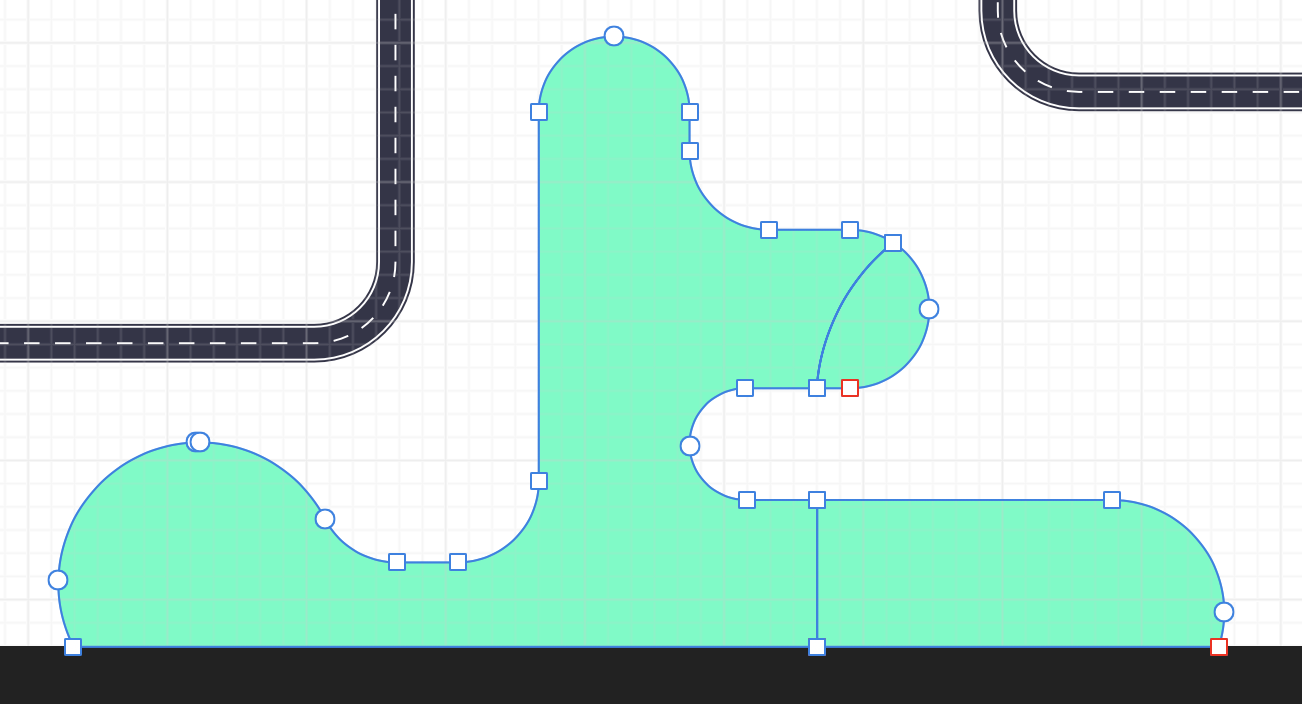 In Affinity D. forums users are angry because Serif hasn't bothered or been able to include anything which resembles Shape Builder, Blending, Envelope distortion, etc...tools that Illustrator users have used longer than I can remember. Now you have met an existing feature which makes angry.

You may have an exactly fitting seam between 2 shapes, but A.D. doesn't Boolean ADD the shapes to a seamless one, no matter the shapes are placed against each other so that the snapping indicator shows that the nodes snap. After applying ADD you have still a gap, only so narrow that the highest possible zoom doesn't show it. An example: 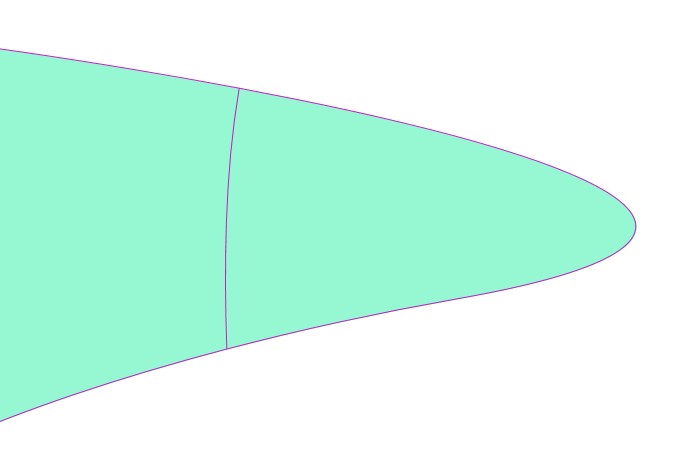 The vertical seam above was made by Division.

Selecting the halves and applying ADD didn't change the appearance. It has a zero width V-groove.

It can be fixed by adding a patch. Here it's much bigger than needed. One should draw as narrow patch as possible. 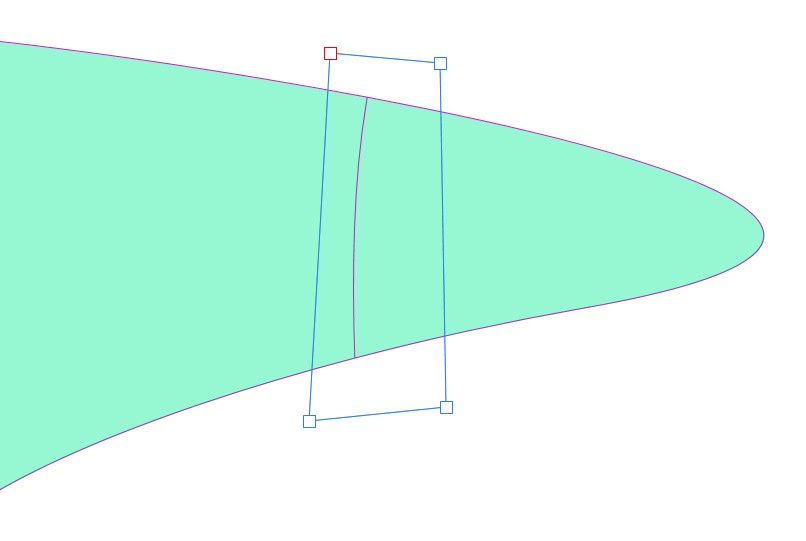 The patch is drawn by clicking 5 times with the pen.

After selecting all and applying ADD:

The 4 extra corners can be selected with the node tool and deleted: 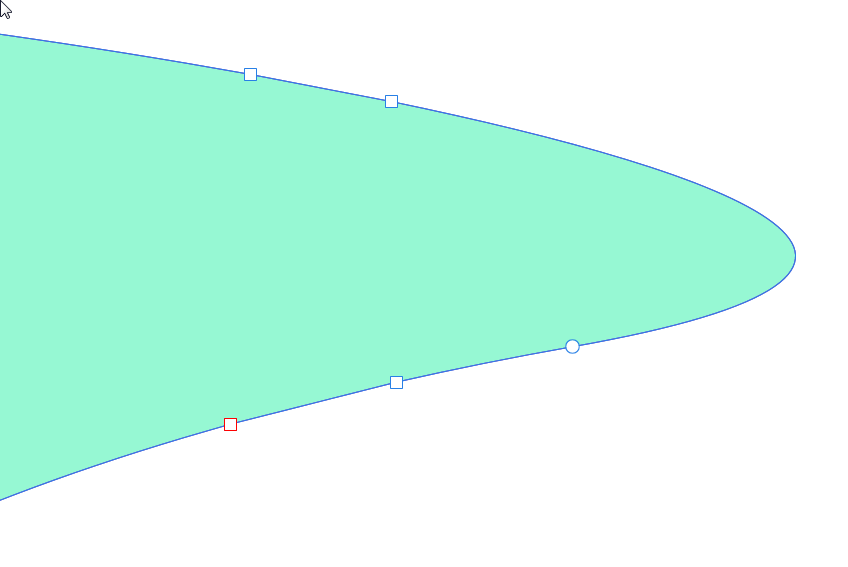 There are unfortunately 4 new nodes on the wanted edge and straight line segments between them. They cannot be smoothed automatically. It's best to keep the patch as narrow as possible.

Sorry for showing only a workaround instead of a fix. But I would be interested if someone shows one. Some time ago I thought that having in the preferences option "Use precise clipping" ON would be a fix, but sometimes it still leaves the shown groove if the seam is curved. This time precice clipping was ON. Sometimes applying ADD 2nd time has helped, but not always.

EDIT: There's a comment by user pbasdf ; he suggest editing the common edge so that the halves overlap. That, of course, is an useful idea. In this case it would need only inserting one node to the common edge (=double-click with the node tool) and moving it.

Another comment suggests deleting the common edge from both halves and joining the remaining open paths. That works, but in A.D the deletion happens by selecting the endpoints (total 4) of the common edges, and breaking the paths at the endpoints. Then the unwanted pieces must be selected with the normal selection tool and removed. Finally the halves can be selected with the node tool and joined. Quite complex, I would say, because there exists no such thing as select a wanted curve segment and delete it.

This one helps also in many other problems that one can meet in Affinity D. The next 2 shapes have the same perfectly fitting seam problem; The seam remains if Boolean ADD was applied: 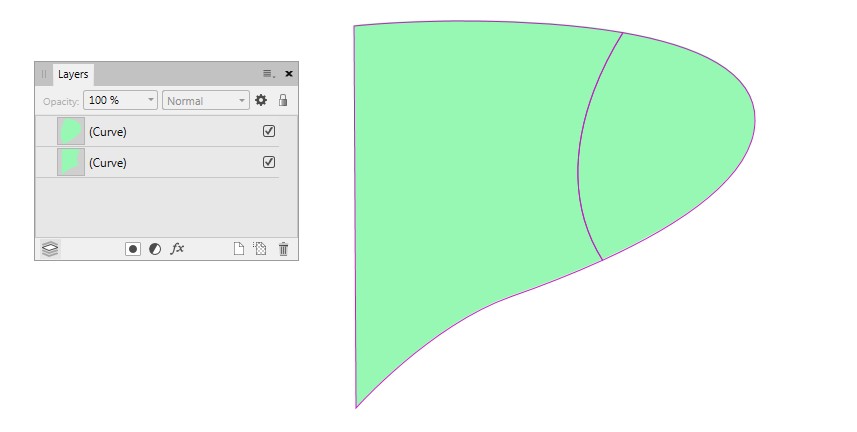 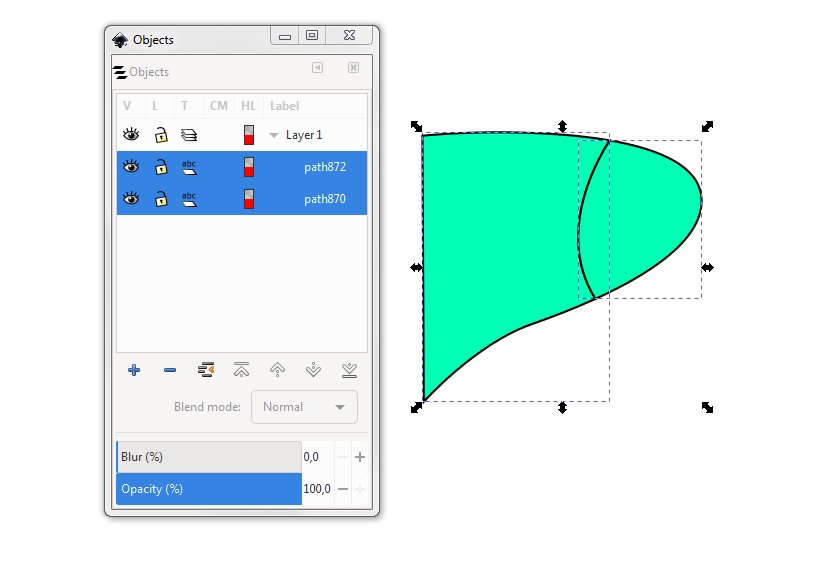 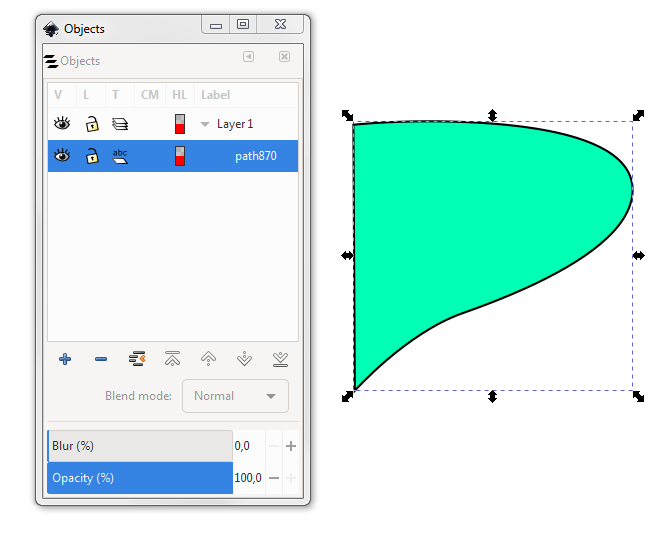 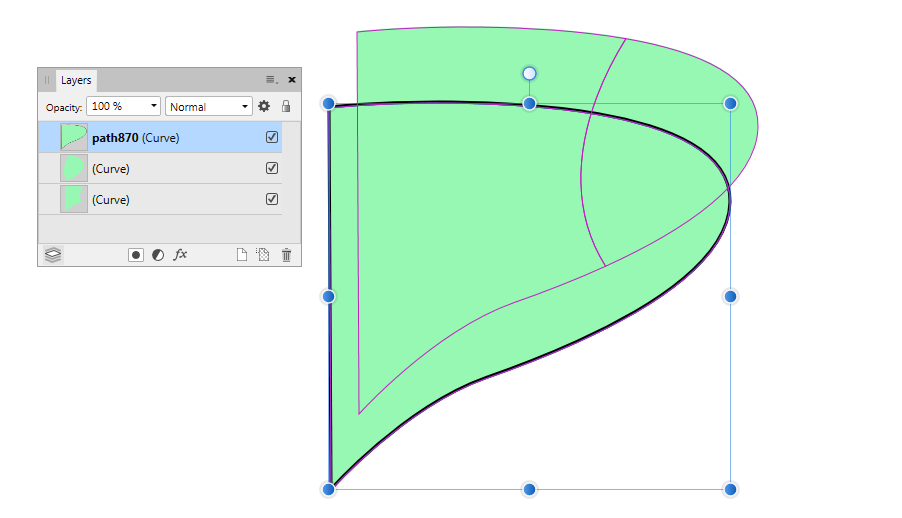 The usefulness of step 4 is not at all clear.

237
Is there a reason Hillary Clinton's logo has hidden notches?
2
Affinity designer adding two objects does not create the intended shape

8
How to join two overlapping non-end points that belong to two paths?
5
How do I adjust handles symmetrically on the same path?
2
How to remove handles from a node?
4
Creating geologic-style faults across multiple curves in Affinity Designer
1
affinity designer: how to join separate curves at non-endpoints?
1
How do I make the control handles of a node visible in Affinity Designer 1.7?
5
How to connect three different nodes into one in an Inkscape?
1
Joining Lines in Affinity Designer
2
Affinity designer adding two objects does not create the intended shape
0
How to insert new nodes to lines automatically at intersections