What's an efficient way to align text within the cells of a polar grid?

I've got a polar grid with 8 concentric dividers and 24 radial dividers that creates a sort of circular table. I would like to put text into each of the cells and have it centered between each of the radial dividers. So far I am just creating text boxes and "eye balling" the rotation and spacing to place them into each cell as I go around the concentric circles. After straining my eyes and patience, I've decided to ask the community to see if there is a more efficient way to do this.

More data: Currently I use Adobe Illustrator, but if there's a better option I'll switch. The texts are just numbers, 1-4 digits currently. I would like them to stay editable. They don't need to curve with the cells but it would be ok if they did.

This method involves a bit of setting up.

One easy way is to envelope distort with Arc warp a rectangular table. It has separate rectangular boxes which everyone has a text object with centered text.

180 degrees sector is the widest allowed: 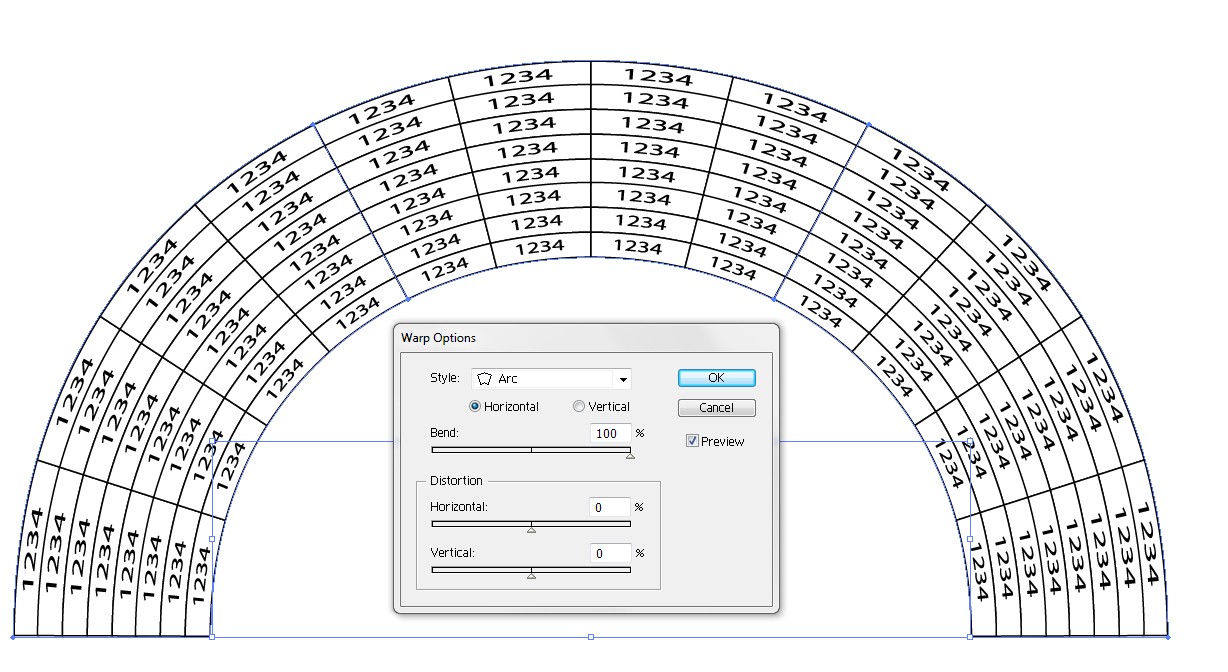 Full circle needs 2 pieces. Unfortunately warping is not fully accurate - the seam doesn't fit exactly. Or actually it's accurate, but it forces the stroke inside the envelope. 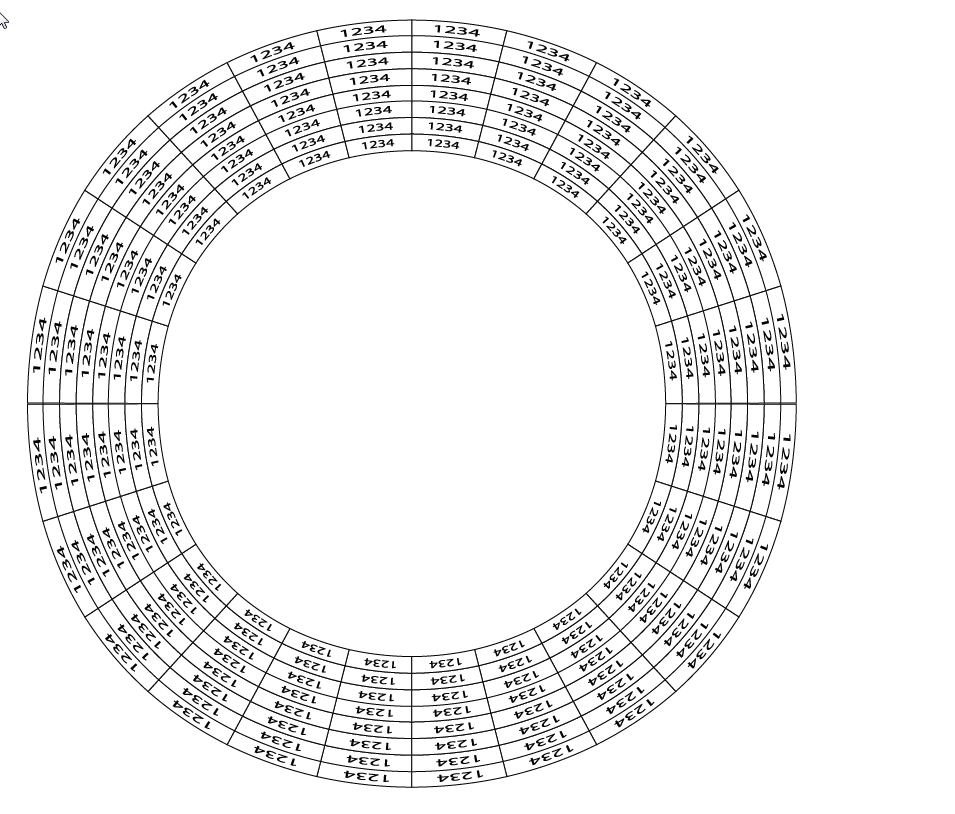 It would be better to remove the strokes of the boxes and overlay a separately drawn perfect grid. Another possibility is to use inner strokes which are not 50% of the width out of the object area.

Warping has no options for inner radius. You can edit the result with the direct selection tool (=really tricky) or have dummy lines in the table.

Not the answer you're looking for? Browse other questions tagged grids or ask your own question.

4
What's the best way to create custom grid lines in Photoshop?
1
How can I use align to pixel grid without messing up the outline view in Adobe Illustrator?
2
Why don't Photoshop shapes align to the pixel grid?
1
How to align a single letter within a text object to the edge of the bounding box in Adobe Illustrator?
2
How to align text exactly to grid?
1
What's a simple way to make a perfect multi-colored tile grid in illustrator?
1
Is there a quick way of splitting concentric circles made with the polar grid tool equally?
0
How to align within a grid in Sketch
1
Inkscape: Is there a way to center text in this type of grid?