How to create pastel-like noise texture in adobe illustrator

I'm new to adobe illustrator. I want to fill my shape like the picture below. I tried adobe noises but I didn't find anything like this. 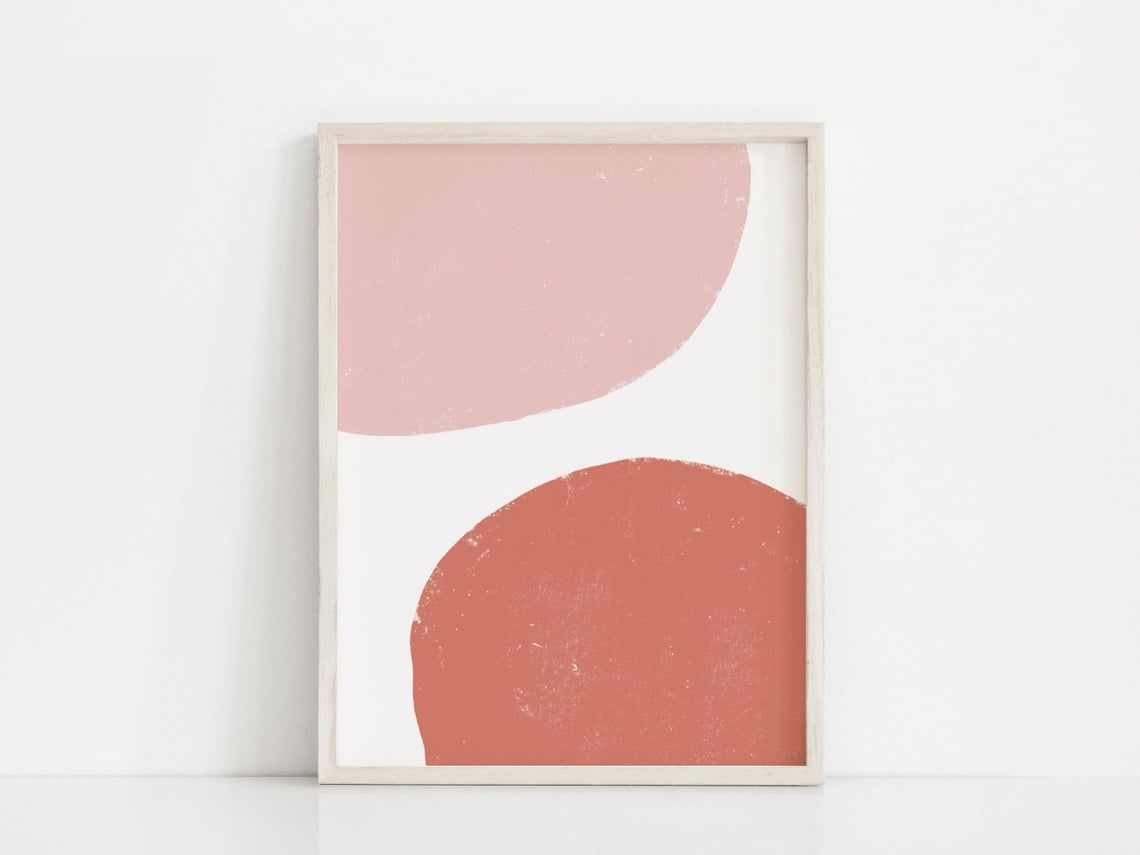 Getting the same non-repeating random complexity than your linked image has is much easier in a bitmap image editor (GIMP, Photoshop etc...)than in Illustrator. I guess it's a real painting which has intentional scratches in the top color layers.

Having it as a vector in Illustrator has advantages. One of them is free scalability without pixelation nor blur. Another one is the possibility to test different shapes. That's true only if the texture is available as a fill pattern or as a clipped image or as a brush.

Complex enough vector drawing would have tens of thousands anchor points which would slow down your computer. There's no need to draw such a complex vector image, you can as well trace a bitmap image to vector - either a photo of a real surface or one which is created in Photoshop.

If you can accept something which looks a little simplified you can well draw it in Illustrator. You only prepare vector texture brushes to get the scratches. Here's my example: 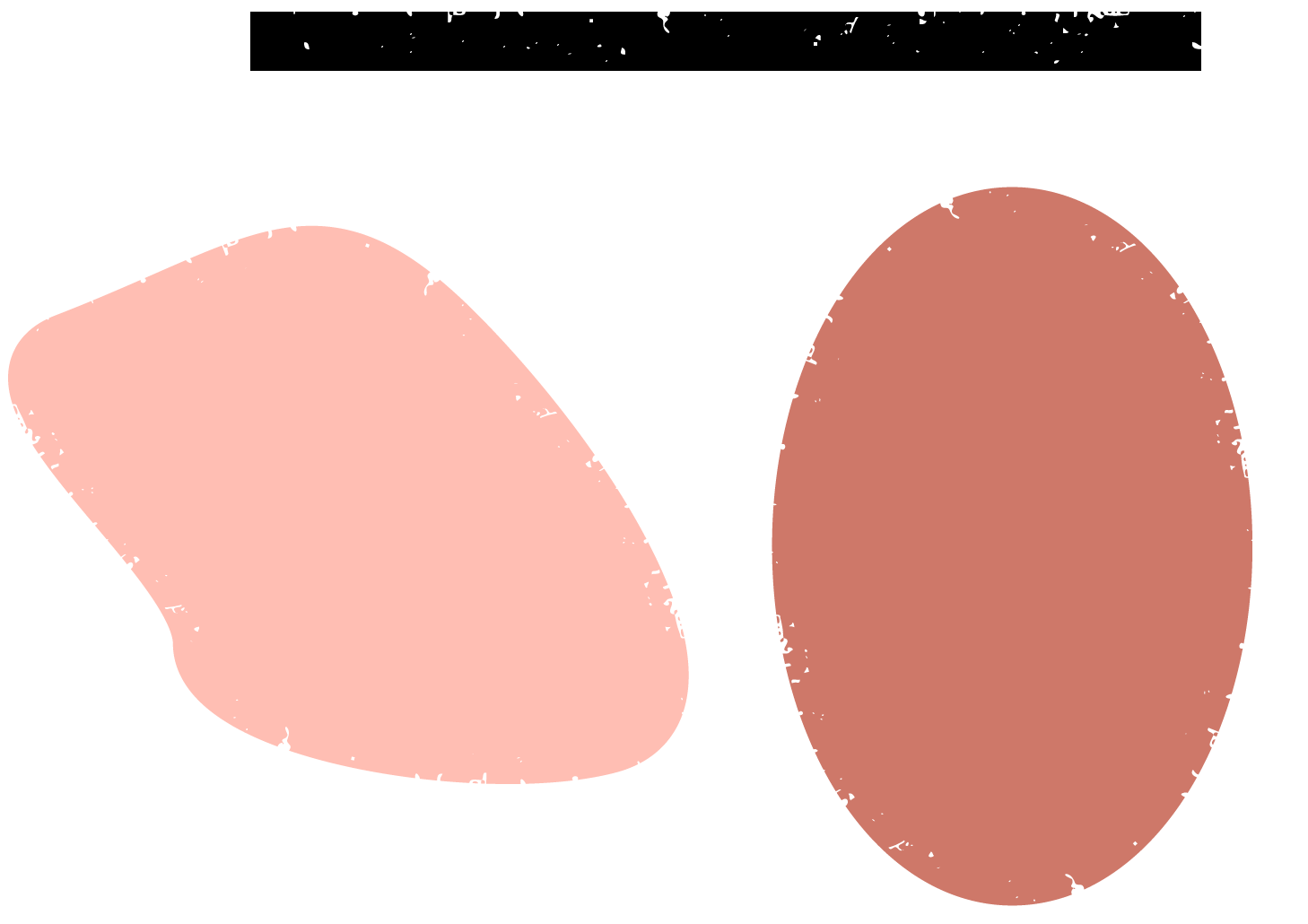 The ellipse and the not so well defined shape (drawn with the pen) in the left have both edge strokes given by my own Pattern Brush. The brush is the rectangle on the top. I dragged it to the brushes collection and defined it to be a pattern brush.

As you see, the pattern repeats. The shapes which got the brush stroke have longer edges than the length of my brush.

To stay in truth I say at first, that setting the shape color was not a snap. The brush was black and the edge became black, no matter what fill colors the drawn shapes had.

After applying the brush the shape was expanded (=Object > Expand Appearance). Then the edge and the original shape were united (= Window > Pathfinder > Unite) to one. That made possible to set the fill color.

Drawing such brush in Illustrator would have been be too tricky. The brush is made originally in Photoshop. I filled a rectangular selection on a white background with black and drew some random scratches with a 1 px wide white Pencil:

I selected all and pasted the result to Illustrator. There I traced the image to Black and white ignoring white. The trace used 1 px accuracy. After expanding the trace the shape was ready to be dragged to the brushes collection:

As others have already said, richer version is possible in a bitmap image editor. It's especially easy if you have the right texture photo.

I unfortunately haven't one which contains just what you want. This resembles more a piece of painted plaster or gypsum where the paint has got some knocks and scratches: 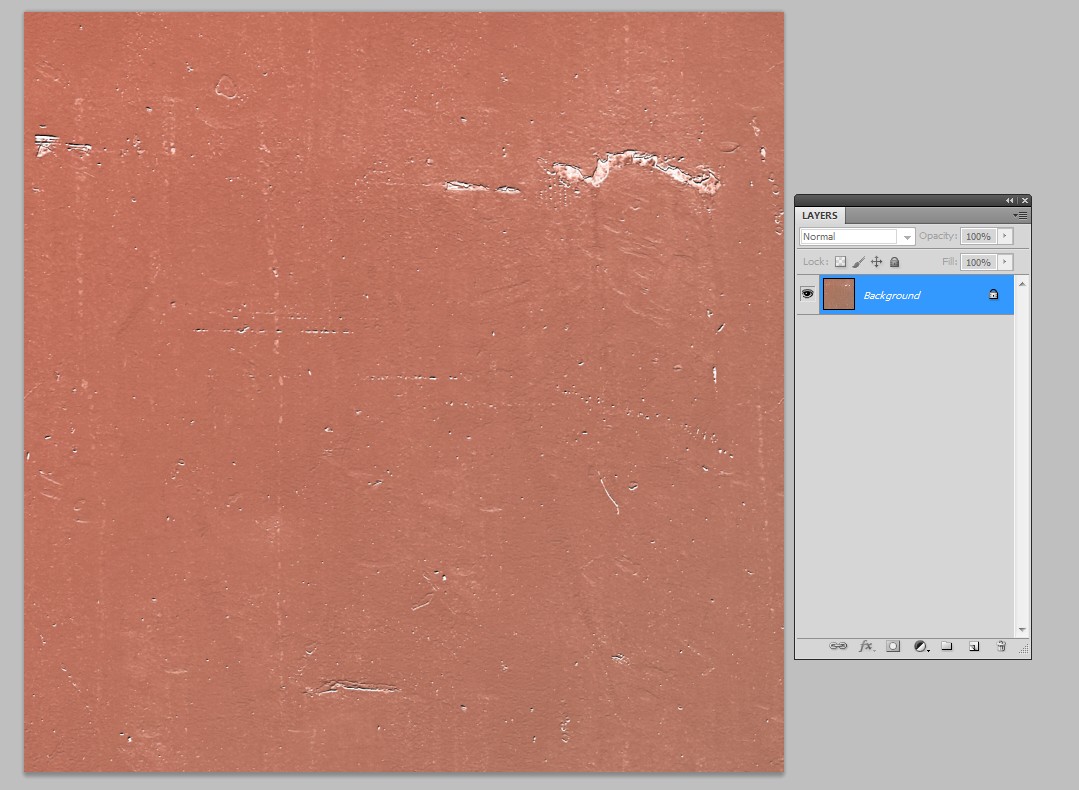 It's easy to cut a couple of pieces of it to separate layers, insert a background layer and recolorize the clipped pieces either by applying Image > Adjust > Hue&Saturation > Colorize or preferably by inserting Layer Style Color Overlay. Too clean edges can be detoriated manually (here was used 1px wide eraser in pencil mode).

Some too big defects are fixed with the healing brush.

The background has some noise because pure white looked too clean. 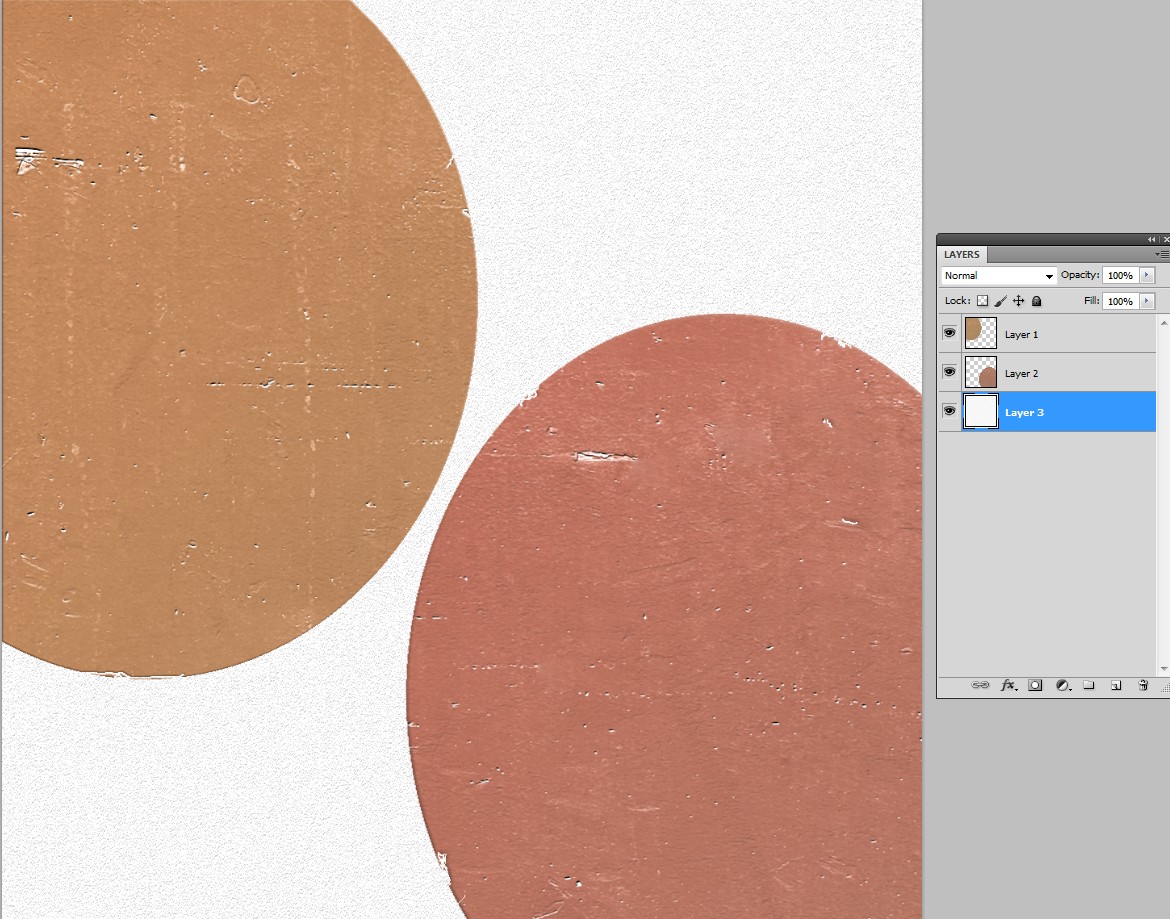 The drawn (=erased) extra scratches at the edges didn't look right as is because the the original defects in the starting image already had some apparent depth. That was fixed by embossing.

You want to switch to photoshop for this one. And then either use the brushes to paint the forms or find a suitable texture. Mostly grunge textures are good for this sort of stuff. 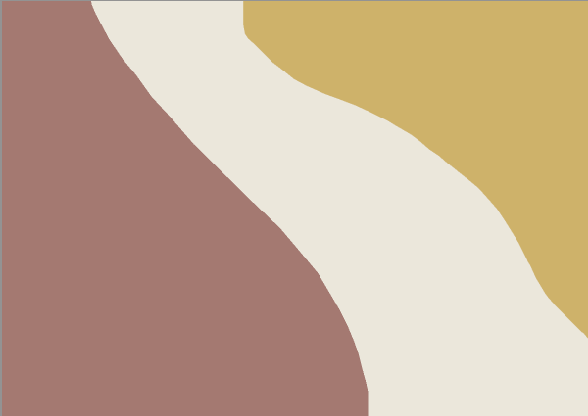 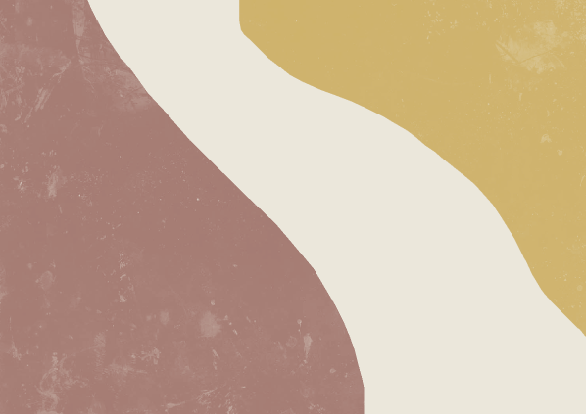 Edges will need separate treatment, either with a textured brush or a lighter grunge texture that is masked to just lighten up the edge parts... 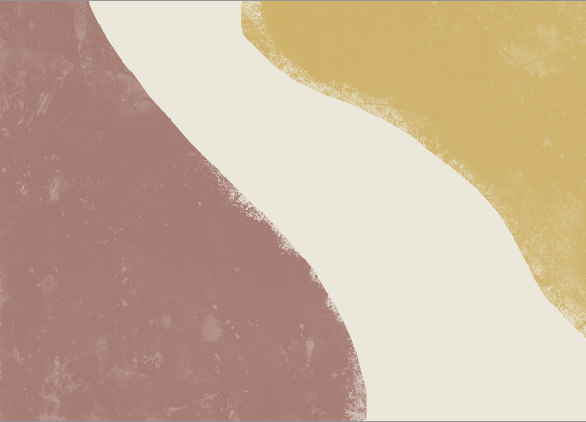 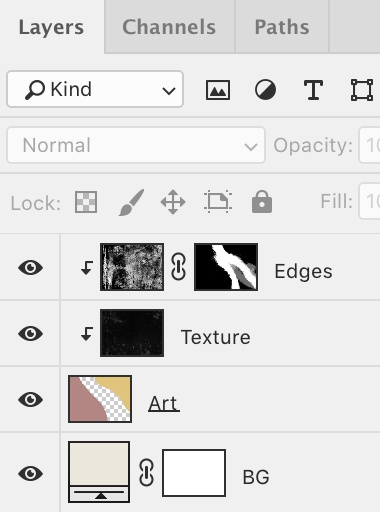 Not the answer you're looking for? Browse other questions tagged adobe-illustrator texture illustrator-effects noise or ask your own question.