How can I crop a layer in GIMP without shrinking the canvas?

A very simple exercise in GIMP: create a new (blank) image, open a .jpg image as a new layer, and crop that layer.

What should happen: the canvas should stay the same size, regardless of how much or little the layer is cropped.

What does happen: after cropping, the canvas shrinks to the size of the area selected as the cropped image.

Example: First I create a new image. It's rather large at 7200 pixels wide. 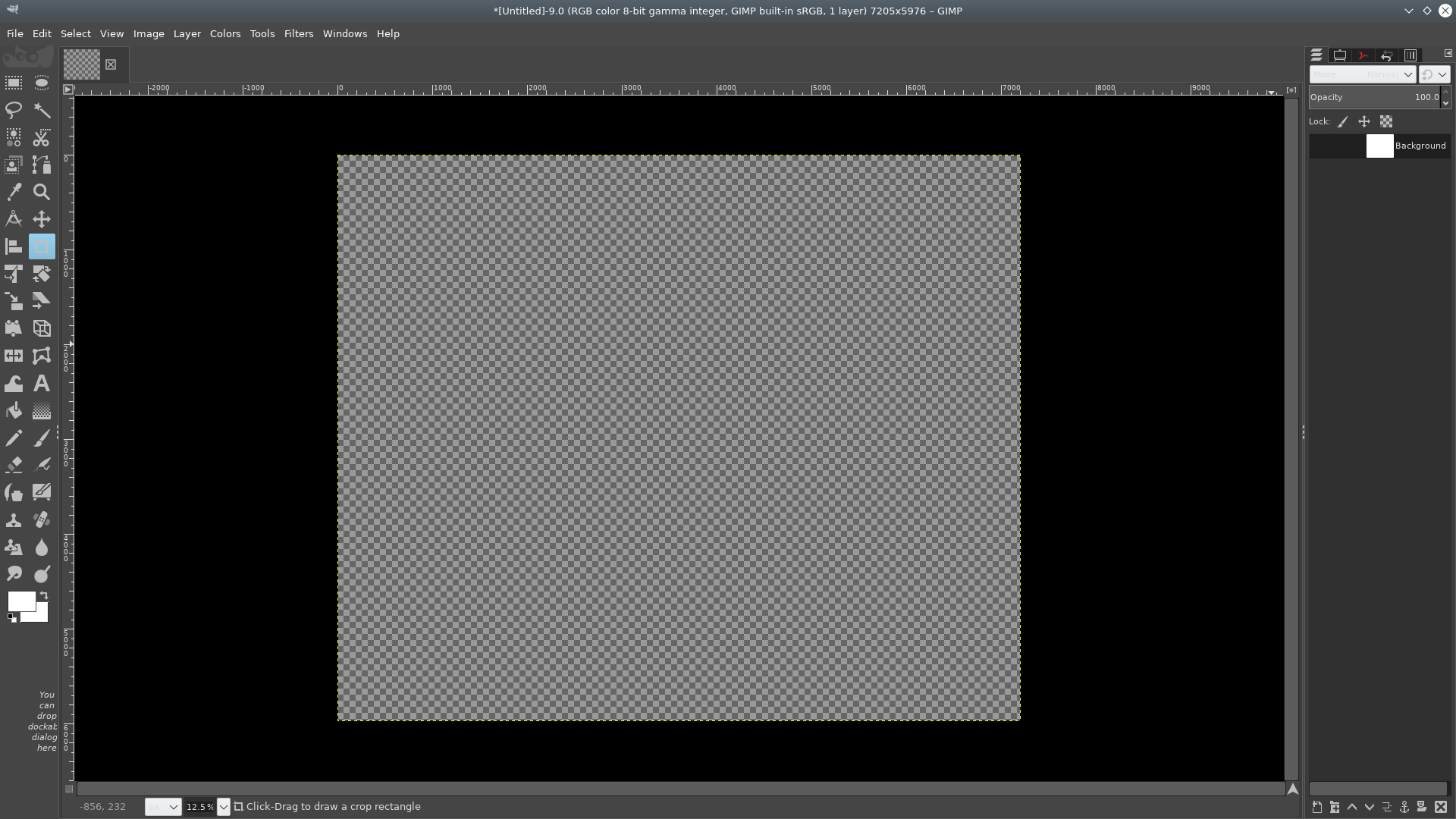 Then I bring a JPG into GIMP by selecting File > Open As Layers. The image is much smaller than my GIMP canvas, so I size it up a bit. I activate the crop tool and select part of the layer: 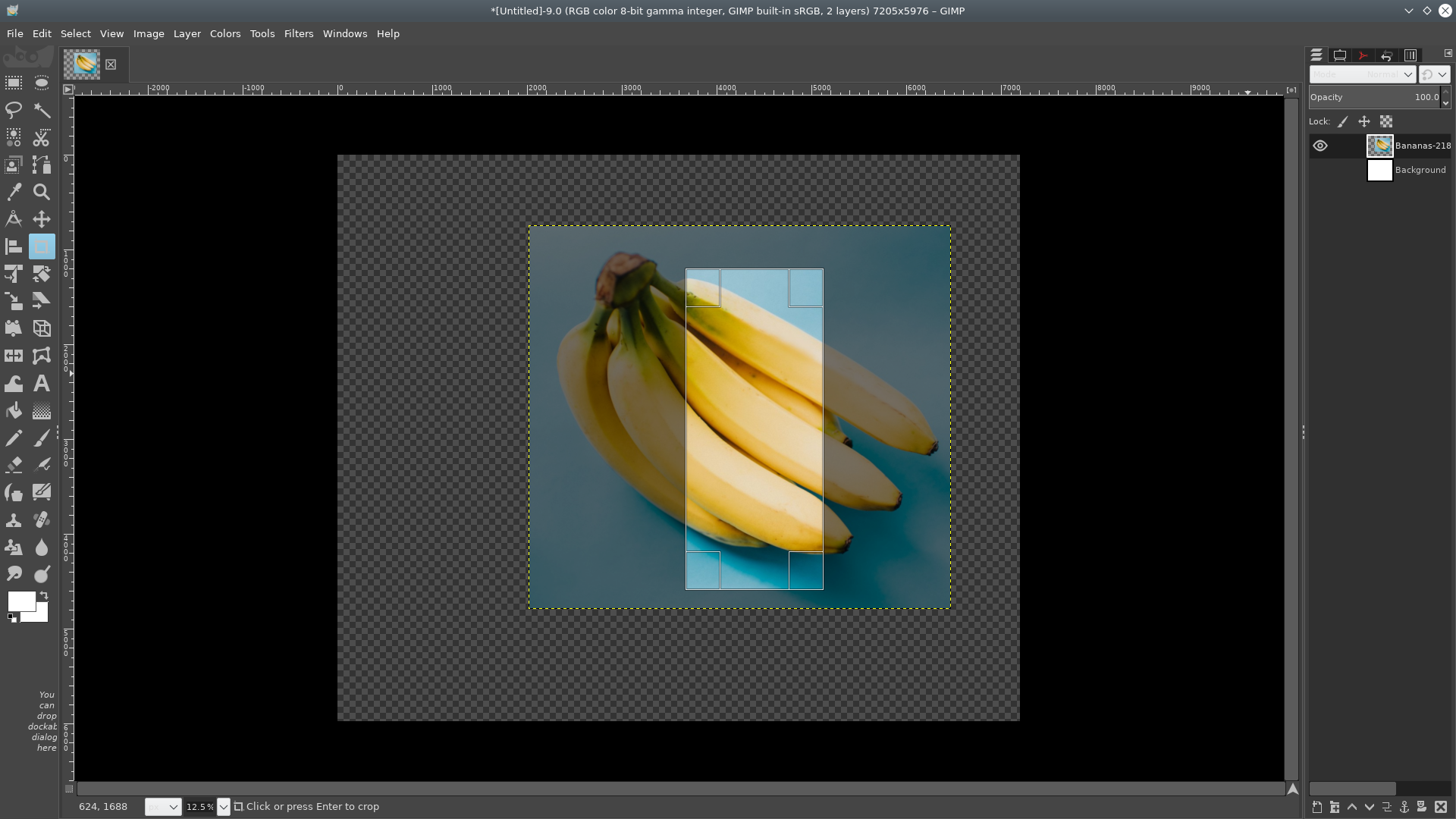 When I hit enter, the canvas outside the newly-cropped area has been filled with black (note my background and foreground colors are both white). The canvas has in fact shrunk to the selected area. (Image > Canvas Size and the title bar confirm this.) 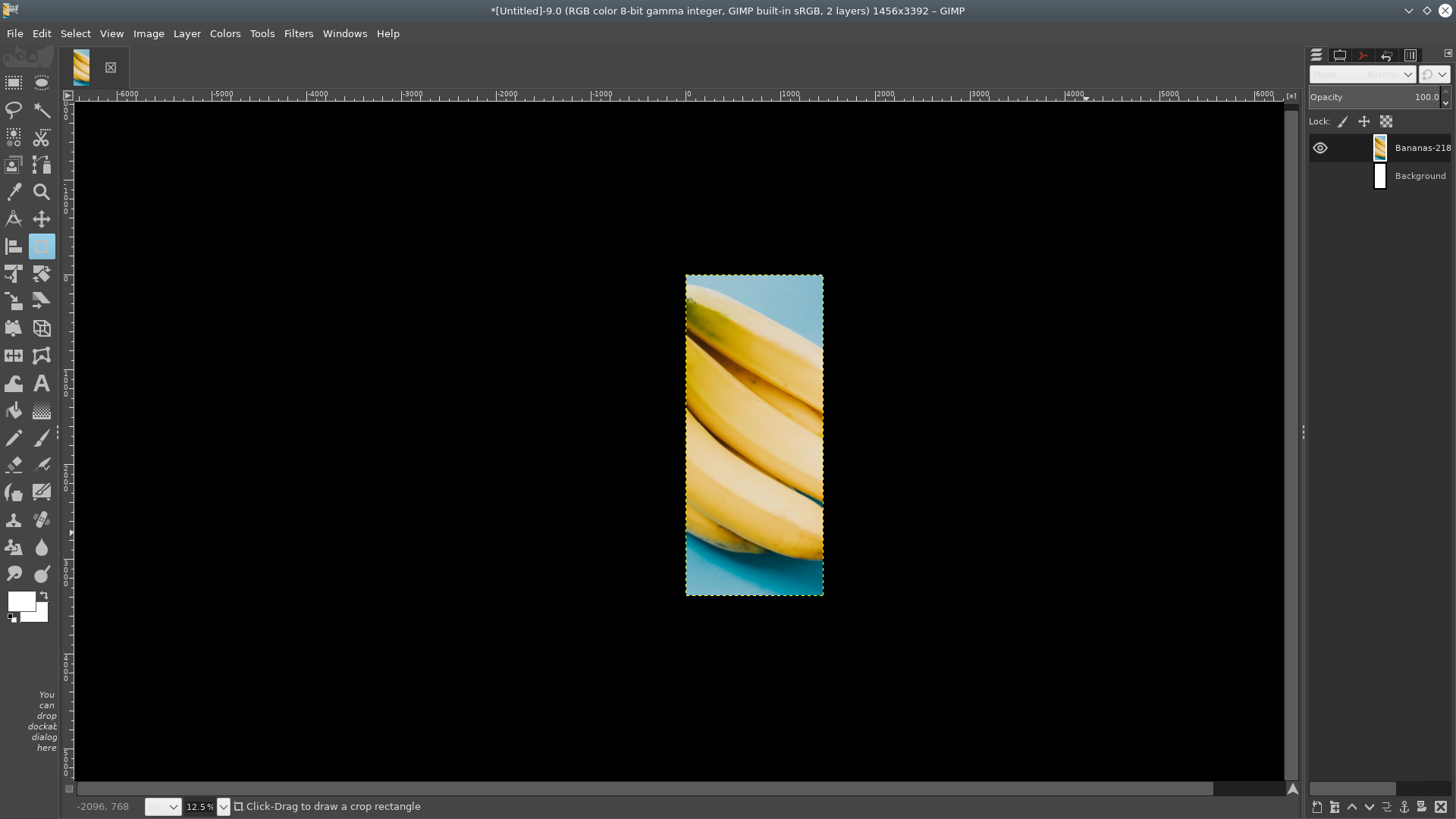 I confirmed that Image > Canvas Size can be used to expand the canvas beyond the cropped area, which can get me to the result I originally expected. However, this takes an extra, tedious step of resizing the canvas. Can anyone explain if I'm doing something wrong? I'm hoping there is a mundane explanation.

Yes, there is a mundane explanation, if by default the crop tool deals with the image, it also has a Current layer only option: 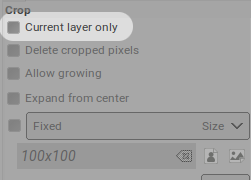 You can also make a selection (any shape) and use Layer > Crop to selection. This will crop the layer to the bounding box of the selection (which is the same as the selection for a rectangle selection).

Not the answer you're looking for? Browse other questions tagged gimp image-editing crop canvas or ask your own question.

5
How to size canvas and add and retain full image in GIMP?
1
GIMP: how to create a collage where the photos can be repositioned within frames?
0
How do I operate on multiple layers at once in GIMP?
1
How to change background colour of an image in GIMP after increasing canvas size
1
How to export different crop sizes in Photoshop?
0
GIMP. Achieving the effect of a scripting command without using a script
1
How to remove an object from a photo in GIMP?
0
How to crop images in Gimp 2.10?
1
How can a selection be upscaled in GIMP (without upscaling a layer or canvas)?