How would I create a clean version of this logo?

A client wants a cleaner version of the logo attached. Essentially I have to use this logo but I don't have an editable file only the PNG provided. At the moment I'm stuck on how to trace over the image to create a cleaner version. I have tried to use Image Trace but it doesn't seem to work to well.

Any suggestions would be appreciated as I'm honestly at a loss on how to recreate this.

You can get a reasonable trace of the Sabella lettering if you open the PNG in Photoshop, engage the alpha lock then fill it black. Export as PNG again. Then import this back into Illustrator and trace it. Here's the trace and settings I used. 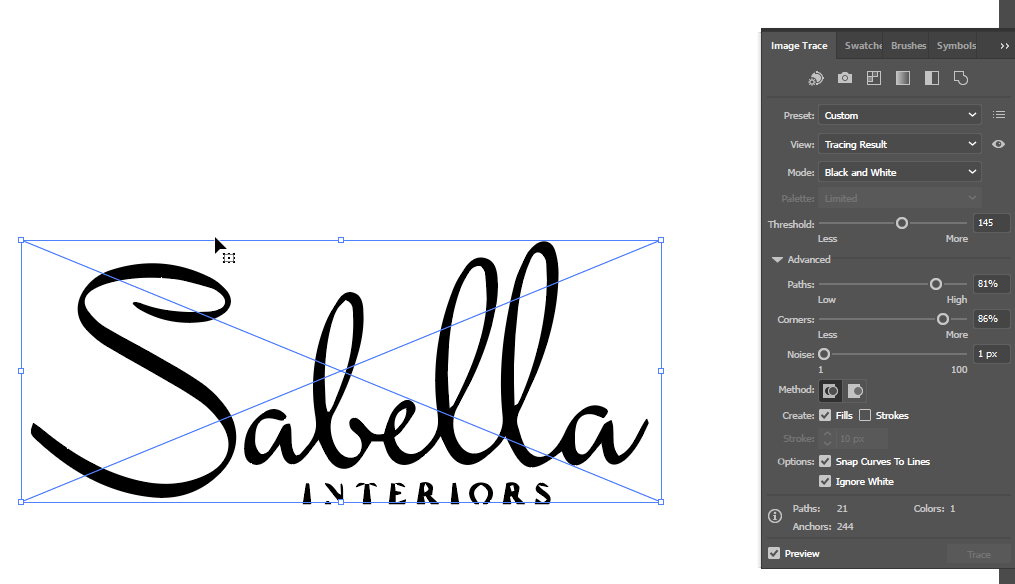 It won't trace the small text well, so you can just expand and ungroup the trace, delete the wonky small text and retype "INTERIORS" with Times New Roman or some similar serif font, same font size, and increase kerning to match the original.

You might need to fix some of the curves on the traced text manually, but shouldn't be too difficult.

Note: if you don't have Illustrator or Photoshop, the same could be done using free software such as GIMP and Inskcape.

You could manually redraw all the letters with the Pen Tool (aka Bézier tool), using the image as a guide to trace over the top.

I've included an example here showing the start of this process, but using Inkscape this time (also possible in Illustrator). Obviously this is time consuming and requires a degree of skill with the Bézier tool, and some manual tweaking of curves, but it's entirely possible. Also, without the actual original font, it's probably the best way to get an almost perfect result. 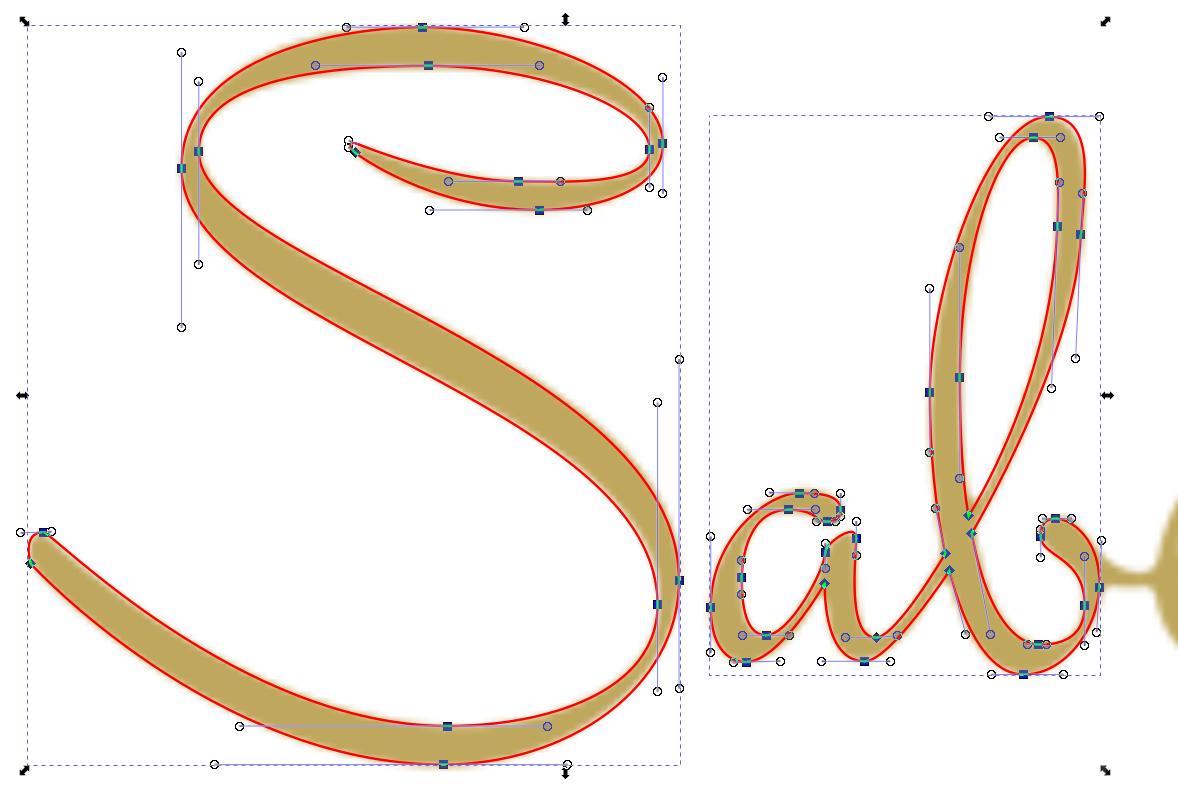 Ask your client to give you the largest image file they have and pass it through the Image Trace in Illustrator. If you cannot find a large enough image to produce good results, upscale it in Photoshop first, add some sharpening to make the edges a bit clearer and try again. You might still need to do some tweaks in the curves generated, the tool will just get you close enough that you don't have to retrace the whole thing from scratch.

Alternatively, try to find a handwritten font similar enough (that shouldn't be so hard), convert it to curves and tweak it to match the logo. I'd avoid that though since it might take you some time.

There's a tool called VectorMagic, it can easily give you a decent vector graphic of this or any rasterized logo without gradients.

Not the answer you're looking for? Browse other questions tagged logo image-trace or ask your own question.

1
How to approach the creation of a personal logo
2
How should I trace/vectorize my logo?
1
Transparent background on my logo
1
How to change font color for a text logo that is a PNG file