Anyone knows the fonts used in this Resume?

I found a really creative resume when I was surfing the web this morning, and it uses some awesome sans-serif typefaces, but I don't know the fonts. Has anyone seen them before? (WhatTheFont was no help) 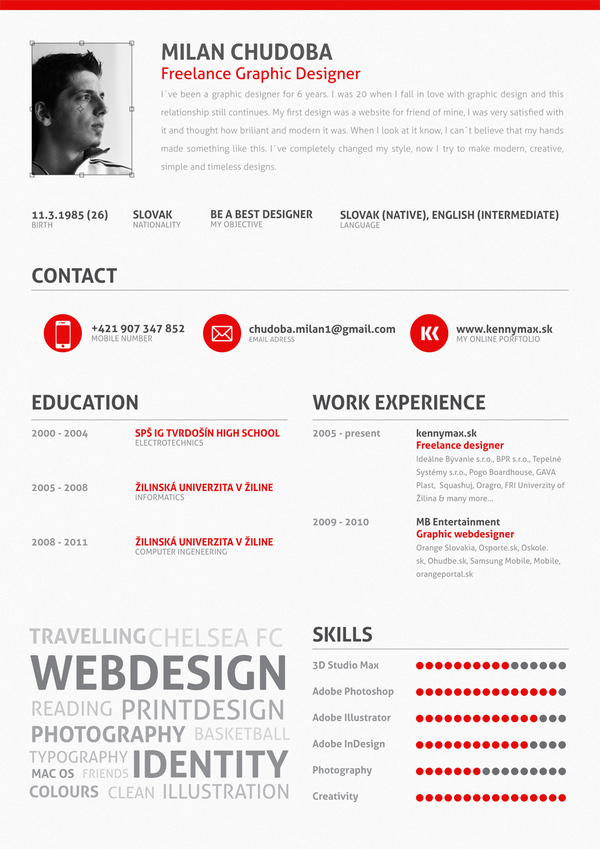 I think all the text on the page is the same font, but in varying weights.

The broken R, K and X make it distinctive and at first I thought it may have been Klavika (also known as "The Facebook font") which also has those features, but it clearly isn't.

Note: as pointed out to me in the comments, there is a free version of Aller. "Aller Typo" is the paid version.

PS. By the way, if this is a real resume, he really needs someone to rewrite the opening paragraph as it's full of mistakes and sounds very amateur. It implies he's only ever designed one site, and it was for a friend, and that he doesn't think it was very good. And since he claims to be a graphic designer, there are all sorts of inconsistencies with font sizes such as "MOBILE NUMBER" / "EMAIL ADDRESS". And there are spelling errors like "COMPUTER INGENEERING [sic]". And what does "CHELSEA FC" have to do with it? It's not explained.

4
Good resource for non-Latin character based fonts?
6
Do all monospace sans-serif fonts look the same?
5
Web font that supports some basic music symbols
5
Best calculation for leading in web design
2
What is the font in the TV series "Masters of Sex"?
1
Open web font that is somewhere between Roboto and Ubuntu
2
Is there a better font choice for this invite?
1
What Sans Serif font is this?
1
What font is this? I've used all the websites to find out