I've been trying to make some icons in inkscape. However, some icons appear to have a "jagged" or "pixelated" effect at curves especially where two shapes overlap each other.

When the shapes are overlapped 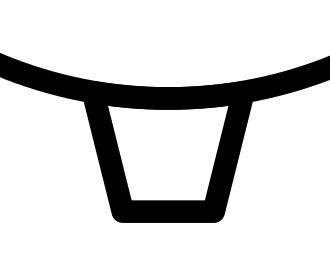 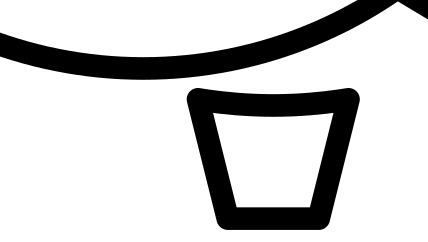 You will notice similar effects on other parts of the icon too. The jagged effect seems to appear even when the shapes do not overlap, but is far less noticeable to me. 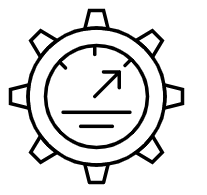 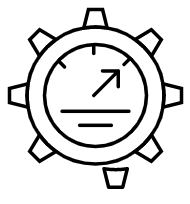 All icons are 110x110 pixels and completely aligned to the pixel grid. I've tried saving as "Inkscape SVG", "Plain SVG" as well as "Optimized SVG" all resulting in the same effect. I've also tried enabling / disabling anti aliasing. Disabling as expected worsens it a lot. Is there a setting or trick in Inkscape I am missing.

This has nothing to do with Inkscape, but with how anti-aliasing and SVG rendering in general works.

When you overlap multiple lines on top of each other, you also add more and more anti-aliased half-transparent pixels, making them less and less transparent.

Here is a simple line with anti-aliasing and then the same line duplicated over and over. Notice how the line got seemingly thicker as the gray pixels got darker with each duplicate until they were fully black: 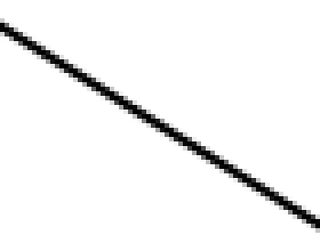 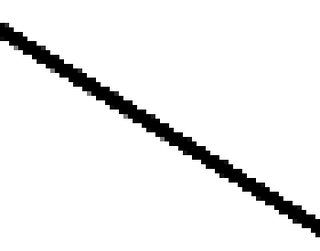 In your case I'd suggest to just remove the curved path segments that are covered by the outer circle anyways.

It's caused by having overlapping edges of strokes which causes conflation artefacts. Basically in this case, the effect is like losing the anti-aliasing a bit. This is a common issue with vectors, and not specifically an Inkscape issue.

Conflation can also be caused by having two edges of a shape butting up against each other, which can cause a thin gap to be visible even when paths are lined up exactly.

To fix it, the easiest way is probably to change the construction a little so as to avoid the problem. Instead of having a closed shape for each cog tooth, delete the largest segment, then rotate the teeth around the circle. 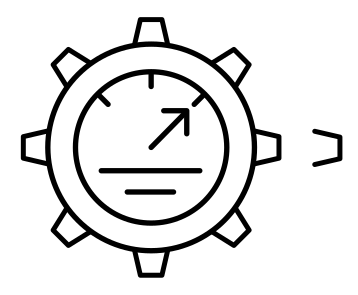 Another way to fix it, if you don't want to reconstruct it, would be to select everything, and then do Path > Stroke to Path, then Path > Union. However this method is destructive, can't be undone, and will convert all strokes to a combined path, so editing the thickness of the strokes later might be an issue. I suppose you could keep a copy of the original if you want to edit it later though. 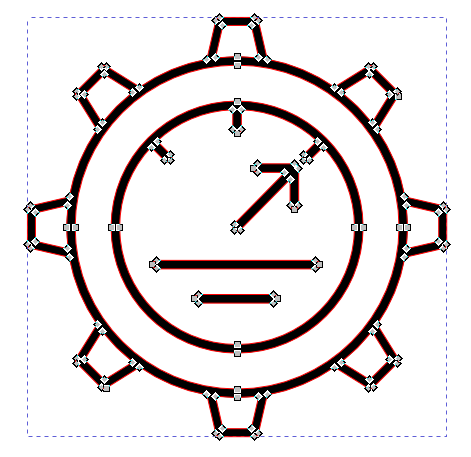 Not the answer you're looking for? Browse other questions tagged inkscape vector svg anti-aliasing or ask your own question.

2
What's the best approach when designing website/app UI icons in Photoshop?
10
Convert PNG pixel arts to SVG without tracing
1
SVG - make overlapping lines in a <path> element visable
0
Only Inkscape (and GitHub) render SVG correctly
0
SVG image href renders entirely black
2
Why do some SVGs render so differently in Inkscape?
2
SVG looks different in Inkscape than elsewhere
2
How to get smoother shape edges?
0
Ungrouping and moving groups in InkScape seems to cause anomalies