I blended two photos taken 5 minute apart and it looks unnatural. Can you show me how you would fix this?

I took this shot a while ago. 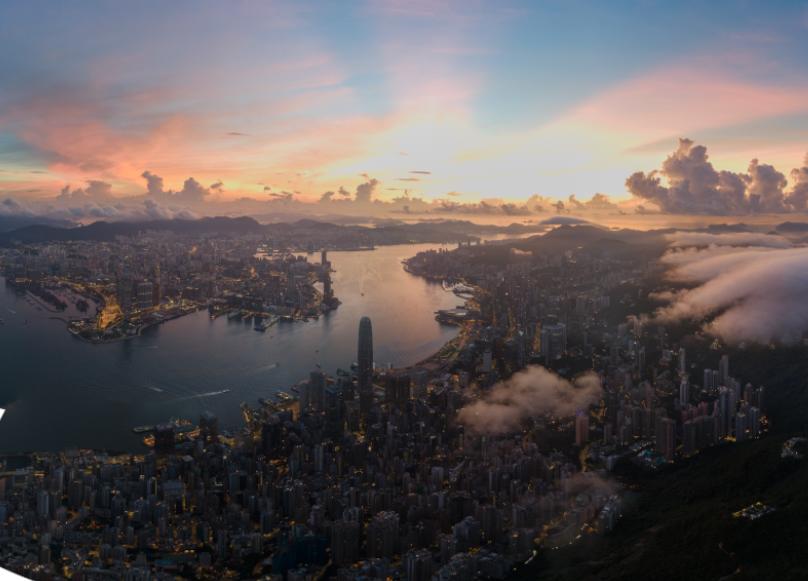 When this was taken, it was still too dark so you can see high noise towards the bottom half of the picture.

I took a very similar shot about 5 minutes later 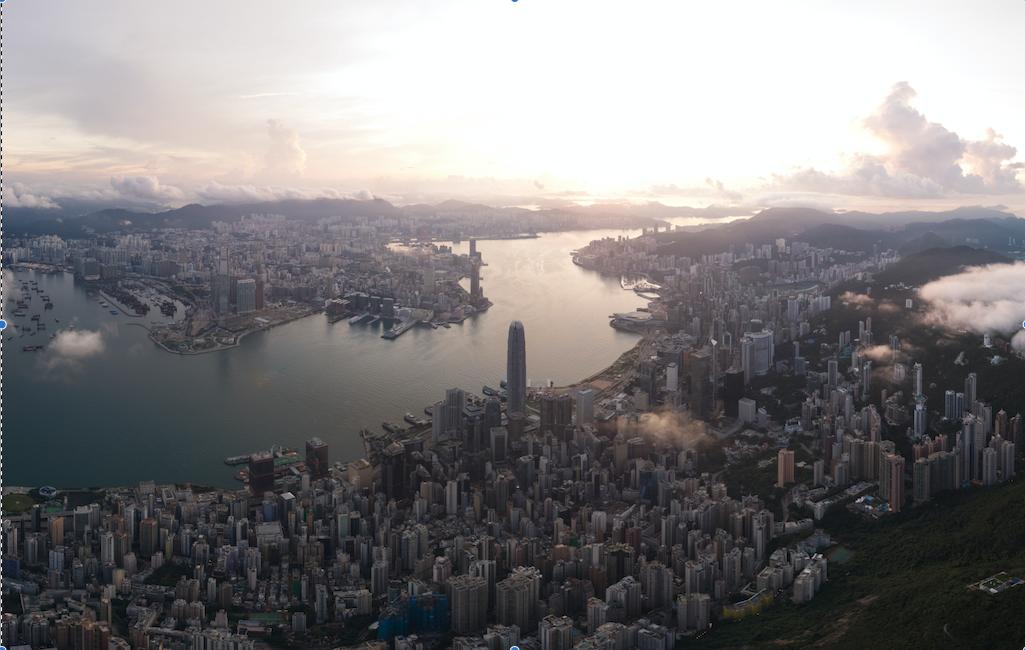 As you can see, the noise level is dramatically lower. I tried blending in the sky from the first shot with the bottom from the second shot: 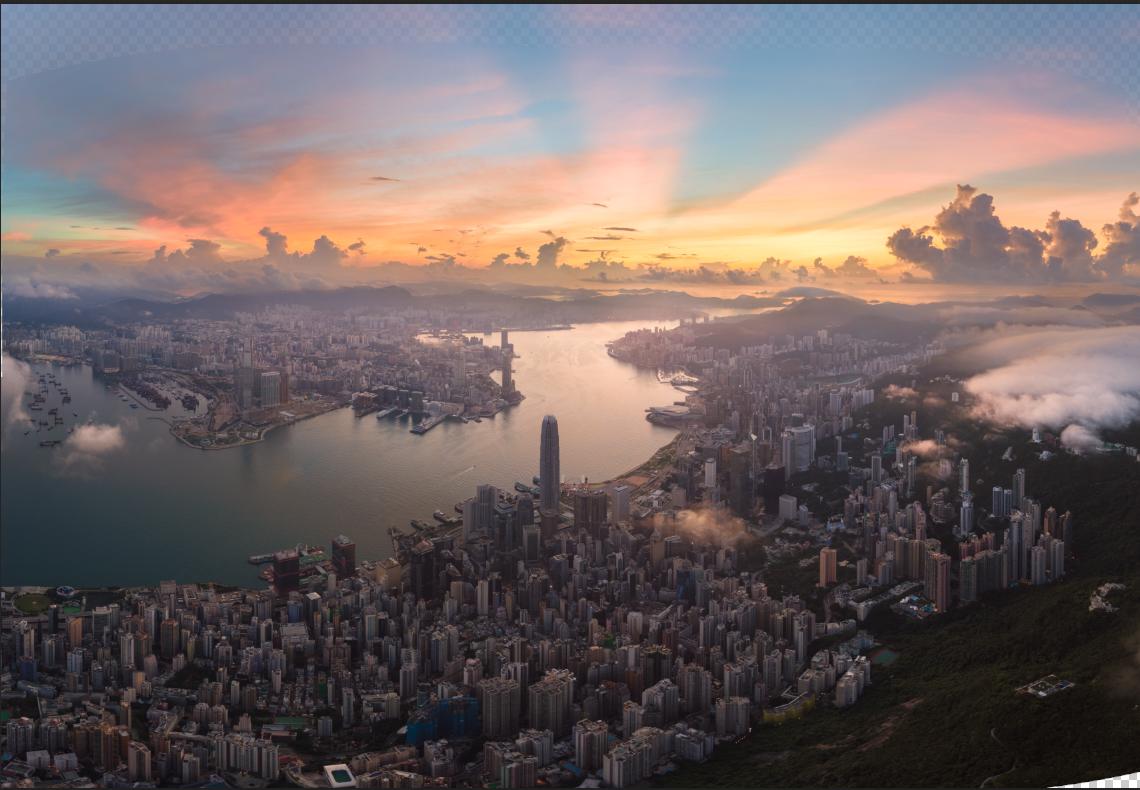 Something feels off about this combination. I know that the lightning levels between the two images are too different. I can't help it since my drone's imaging capturing capability is rather limited.

Setting that aside, what would you do in this blend to make it look more natural?

I wouldn't even attempt to overlay two images with such disparate perspectives. I'd take the frame I liked the best [the top one obviously in this case for the sky] & just HDR it.

This is Aurora HDR just at default settings. There are a million tweaks you could make to this, from hardly noticeable to "it hurts my eyes" - but we only have a tiny jpg to work on here; you'll do a lot better from the original image. 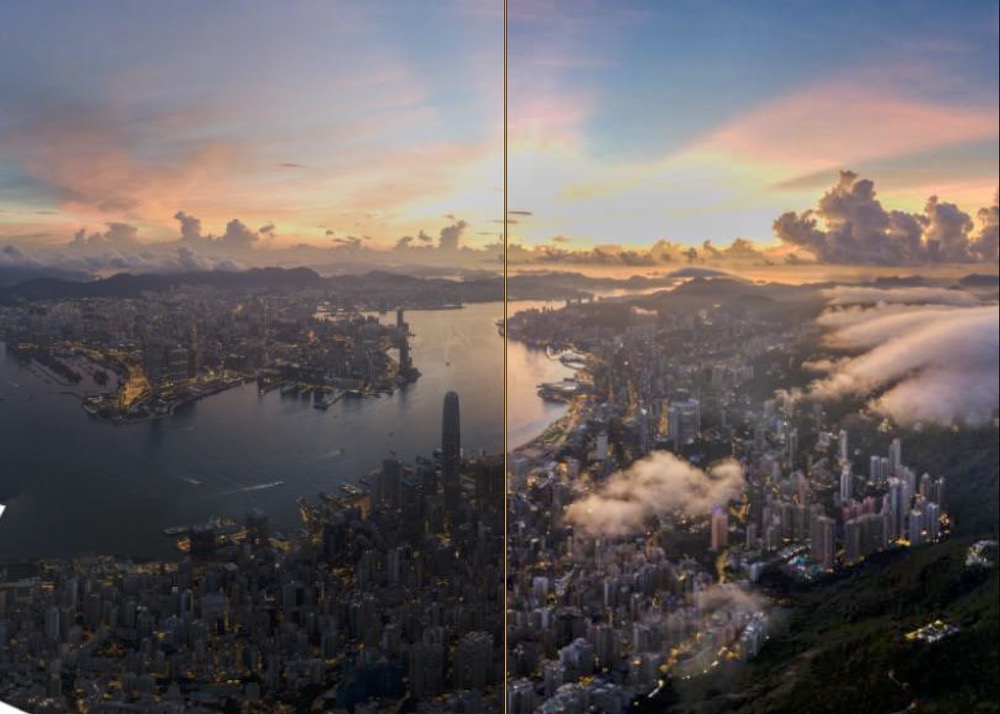 Evan Photoshop's Camera RAW can have a good go at pulling detail out of the darker areas - this, 2 minutes work pushing shadows, pulling highlights, then adding a bit of dehaze, sharpening & noise reduction - again, you need to do this on the original.
Photoshop doesn't have the micro-tonality contrast detailing of a dedicated HDR app, though, so it would be hard to get it as crisp whilst also lifting shadows. 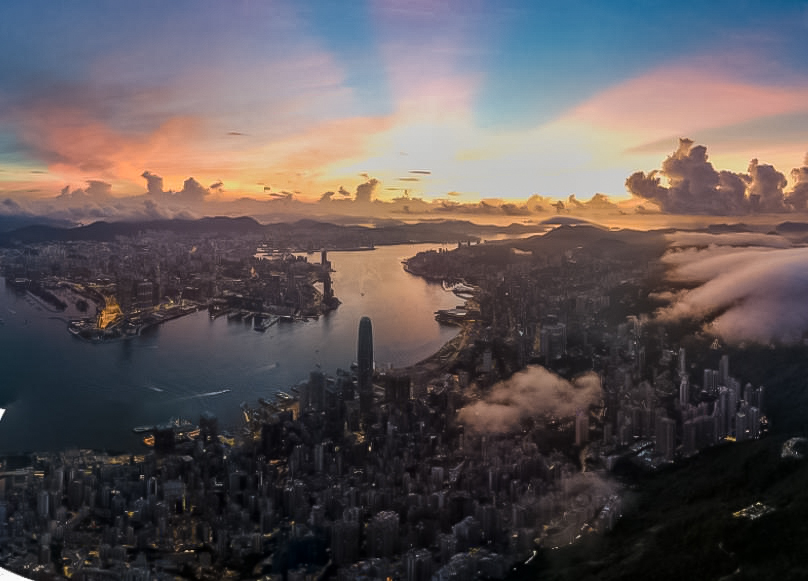 There's nothing you can do for the sun itself - that's blown out. There is no detail to recover.
Oddly, the image shows fairly flat 205's right through, so something has already pulled those highlights back; there's still nothing there to recover from the posted image. This makes me think that, compared to your blended image, which does have detail there, something was used to 'fix' it at an earlier stage… which in fact 'broke' it.

Thinking about the blend - I decided what it perhaps needed was some more detail in the mids… so this was a quick go - basically contrast/clarity/haze changes, then lifting the overall lightness a little to compensate. 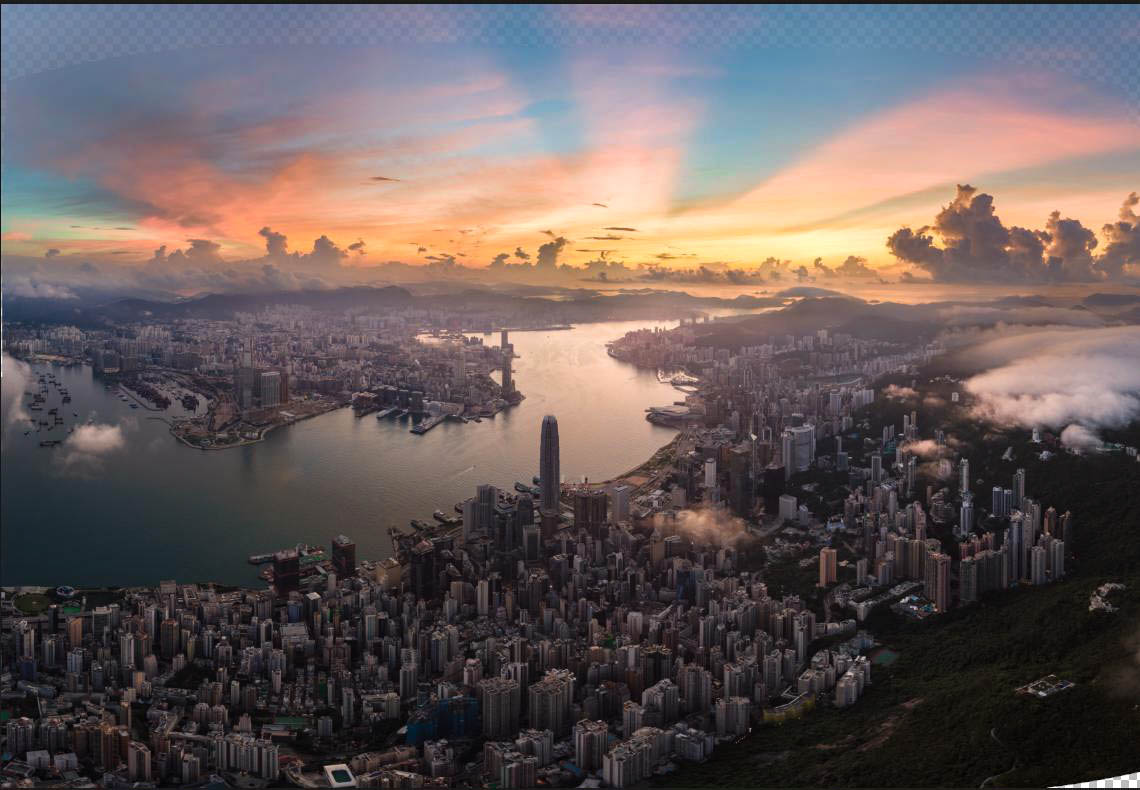 Not the answer you're looking for? Browse other questions tagged adobe-photoshop blending photography or ask your own question.

7
How do I reduce the luminance of this sky without it looking weird?
1
How to beautify images without decreasing sharpness?
1
How can I fix this area?
4
Adobe Illustrator: Creating a three-dimensional cone-like shape/mushroom cap
2
Composite of two photos – how can I adjust the colours?
3
How do you find right plane/perspective to place a product on a photo?